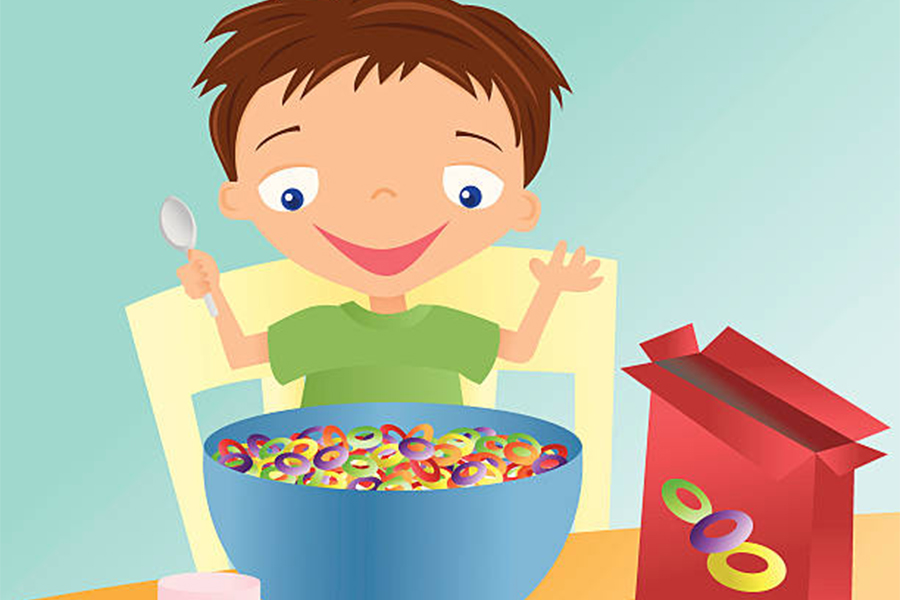 James Russell’s uncanny ability to inhabit the fears and pleasures of a 7-year old boy  earns him third place  in the Adult category of the Bloomsday Writing Competition 2020 organised by the Embassy of Ireland and Athens Insider. The judges described his writing as ‘a considerable feat, to take us inside the mind of a child, with its yearnings,  its insights and confusions.’

I’ve wet the bed again. It must have happened during the night because I’m sleeping half off the bed, squashed right up against to the wall. The wallpaper is cold but the wet sheet is colder. I kick my pyjamas off with my feet. I don’t want to touch them. I feel bad but I know the sheets get changed and he doesn’t say anything to me. But it’s Saturday so if the sheet fairy comes he’ll have to say something because I’m here. He’ll see me. I’ll see him.

It’s 8 o’clock, later we’re going to see Mum. She never had breakfast ready but Dad has left Frosties and Coco Pops out on the table. I mix them and stir until the milk changes colour but I’ve filled the bowl too much so I have to put my face in it and drink it without lifting it up. My nose touches a Frosty. I stretch out my lips as far as they go and suck up the sweet milk. I’m like a chimpanzee. When I can’t suck it any more I lick it like a dog. I’m a chimp dog. I’m a chimp dog. A chimp dog. “Ooh ooh ooh woof. Ooh ooh woof.”

“Peter!” I jump up and the bowl spills a little. Dad’s at the kitchen door looking at me. His dressing gown is open but he’s wearing pants. He looks skinny. “What you playing at?” I can’t answer him. I can’t tell him I was a chimp dog. I just take my hands off the table and look at him a bit scared until I feel a few drips of milk on my leg. I grab the tea-towel and wipe it up.

“Can you not eat normally?” I pick up my spoon but just hold it, I don’t feel like eating now. He stands there just watching me. “Right, well, if you’re finished go and watch the telly for a while.” When he goes I finish my breakfast. I wash my plate and leave it to dry then I put the cans of beer that were in the sink in the bin. There’s 5 of them. I wonder if Dad would put beer in his Frosties.

He doesn’t like me watching telly. Mum used to sit for hours and hours and just watch telly and not do anything else. Sometimes when I came back from school I would sit beside her on the couch. Sit right up next to her, touching her, but she wouldn’t say anything to me because she loved watching telly so much. On days like that when she was in love with the telly Dad would make dinner when he got in from work so she didn’t have to get up. That was nice of him.

Cartoons are on. “Scooby, Scooby Doo, where are you?” I stop singing when the phone rings in the hall. I’m not allowed to answer. I try to listen but Scooby Doo is making too much noise and Dad’s not saying much. I stand up and creep towards the door on my tip toes like Shaggy does, holding my hands out like a string puppet. He says things I don’t understand like isolayshun and sedated, his voice is all quiet and sad. When he puts down the phone I jump back on the couch and pretend I was there the whole time. Dad opens the door.

“What you doing?” He’s still wearing his dressing gown.

“Well, that was the hospital. Mum’s tired today.”

“No, get dressed. We’ll go see Granddad instead.” He waits for me to get up but I turn back to Scooby Doo. “Peter,” he says. I don’t do anything. Then his voice goes quiet again. ‘Peter. Do you want to put a 50p in the meter?’ I still don’t answer. I liked to do that when I was a kid. I’m 7 now.

“It’s nearly finished.” He gives in and closes the door. I know he feels bad for not taking me to see Mum but I put on my sad voice. It’s low like a whisper. I want to make him feel worse.

Granddad was a coal miner. He tells me I’ve not to do the same as him but I don’t know why. His hands look like The Incredible Hulk’s but just not green. Sometimes he squeezes my knee really hard until I shout, I submit, I submit. Yesterday he got his pension so we can go to the Fair because Dad doesn’t have to work or have to go and see Mum in the hospital or anything. The Fair is brilliant. I’m not allowed on the Waltzers because it’s dangerous for kids but there’s loads of other stuff to do. I’ve been there before with Mum when I was 6. This time Granddad says it’s just the men. That’s Granddad and Dad and me. I’m getting really excited.

We get there early so Granddad says we can have a pub lunch. I have pie and beans and chips and I cover them in tomato sauce. A drop falls onto my jumper but Granddad just laughs. Dad doesn’t notice so I don’t get a telling off. I rub the sauce into my jumper to make it go away, then I laugh too. Dad’s not very hungry so he just has some beer. Granddad gives me 20p to put in the Space Invaders but I don’t know how to play it so it finishes quick.

After our pub lunch the fair is open. I go on the dodgems first with Granddad because Dad says he’s ok just to watch. Granddad puts his cap on me and says I’m like Jackie Stewart, who must be a friend of his. If I pull the steering wheel down to one side we just go round in circles. It’s like when I’m doing aeroplanes in the park and running round and round and round. It’s brilliant and I don’t get dizzy because we’re sitting down. Even Dad is laughing. I get two goes on the dodgems.

Then we go to throw ping-pong balls in the clown’s mouth and you can win a prize. I don’t win anything but the ping-pong ball bounces off the clown’s face and back to me because I threw it too hard and I catch it so I get a free shot. I laugh because Dad says I’m not good at catching things. The prizes are goldfish. There’s loads of them hanging in tiny plastic bags, doing nothing. They just stare at you with their black eyes. So it’s OK I don’t win anything here.

Dad tells me to go on the Haunted House but I’m not sure. They won’t come on with me and Dad calls me a wee scaredy cat. I am a bit scared but I tell him I’m not. I’m not doing it by myself. He pushes me to make me go on but Granddad says I don’t have to if I don’t want to. Dad gets a bit annoyed and pushes me again but then Granddad says ‘Gerry’ and after that it’s OK.

The next one has the plastic ducks that go round the stall on real water so it looks like they’re swimming. It’s hard because the ducks are actually quite heavy and they’re not that close, especially for a kid. But I lean over and hook three of them and get a prize. The prizes are cuddly toys and teddies. Dad says they’re for sissies but Granddad sees a toy tank with a soldier. So that’s a good prize for a boy. I do some other stuff then have a candy floss even though I already had pudding at lunch. If my teeth fall out I’ll just get falsers, loads of people have them.

Granddad drives home because Dad’s tired. He’s drunk loads of beer that’s why he’s tired. Granddad sings his favourite song and I sing the bit I know. ‘That’s the wonder, the wonder of you.’ That’s the chorus. I slide along the back seat and it squeaks a bit because its plastic leather. I go right behind the driver’s seat and sing into his ear and we sing it in quiet voices so we don’t wake Dad. It’s a lovely song and Granddad sings it nice. It’s his song for my gran. I see his face in the mirror and he’s sad. I think for a minute he’ll cry but he doesn’t. He’s my granddad. ‘The love of my life,’ he says. I don’t know if he’s talking to me or not. When we get home Dad’s still snoring so Granddad whispers to get out the car and we go to the chippy and I have a bag of chips for dinner. I hope Mum has chips at the hospital, she likes them as much as I do. 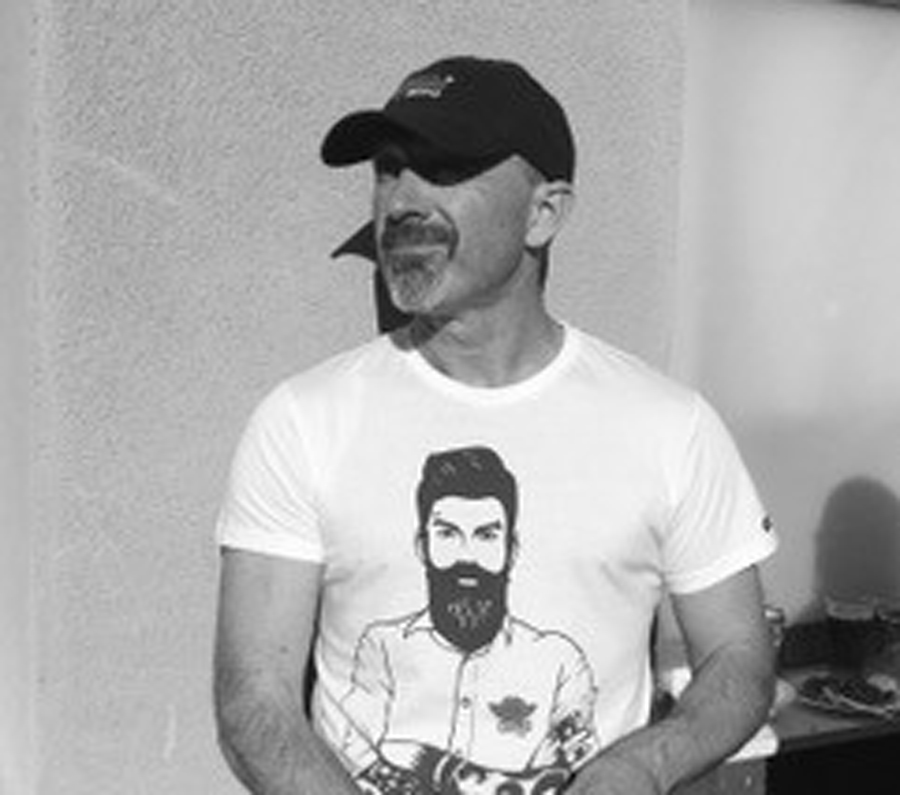 James Russell is a Scotsman living by the Mediterranean, ‘swapping the green mountains for the sea and the sun but still misses the rain and the cold.’ He is father to three Scottish Terriers, has had a few short pieces and flash fiction published, his first novel completed, and is looking for a home!