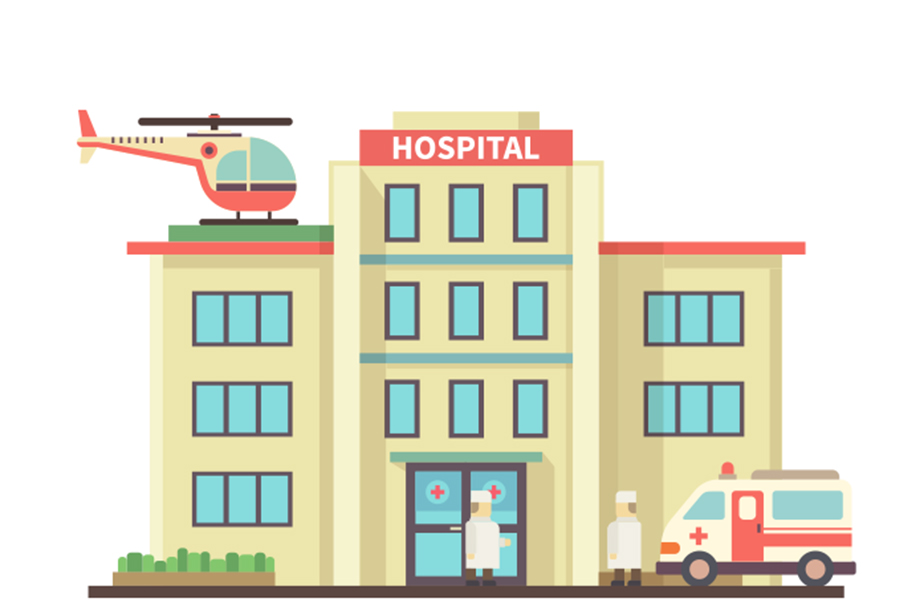 Sam Windrim was declared the winner of the Bloomsday Writing Competition 2020, organised by the Embassy of Ireland and Athens Insider, in the Adults category.  Here’s what our judges had to say of Sam’s tender , heart-wrenching story: Sofka Zinovieff, described his entry as the ‘fabulous, strong voice of a husband narrating a day in the life of his seriously ill wife. Funny, tragic and memorable with an elegant turn of phrase.’ Theo Dorgan described it as ‘a poignant and moving story, neatly handled, the precision of physical description balanced by spare, telling speech.’ Haris Vlavianos described Sam as ‘someone who had something meaningful to say, and said it in the best possible way’.

Right through the night, you’d twisted and turned. Your body burned hotter than the furnace of one of those old-time, runaway trains. I remember thinking how I could have lit a candle off of the heat of your dreams. I liked that line. Promised myself I’d share it with you in the morning. Think I was hoping it might’ve made you smile and feel a little better for a time. But I don’t think I ever remembered to do that, did I?

I felt like I’d let you down when I opened my eyes and you were no longer in our bed. The clammy sheet over on your side, remained all caught up, crumpled. It reminded me of a painting of some crazy sea.

I made my way downstairs. Half afraid, I coughed, a bit too theatrically but only because I knew how much you’d hated getting caught weeping that last time.

You said there was coffee in the pot and some of that French blood sausage, left over from the night before. And that maybe you’d try some from the microwave, if it were on a little toast.

I remember you that morning. With your hair scraped back, you might have looked like that movie star but you were never quite so sophisticated at the start of the day. No, you were always more of a graceful detail, like that photograph you took of a raindrop running down a statue’s face.

I sat down beside you at your mother’s old table and asked you how you were doing that day but you just shrugged and complained about such lousy weather for the time of year.

A tiny voice on the radio said something about a statue getting pulled down, somewhere in America’s Deep, Deep South and you muttered something along the lines of it being about time. After that, we sat in silence. Me, eating my breakfast but you just roughing yours up, while the radio had gone back to playing newfangled pop songs which neither of us recognised.

I asked again about going with you and you got cross and started into telling me off about the mortgage and the price of the creche. Still, I was insistent and I made you promise to let me drive. And anyway babe, everybody knows you can’t do good work where the foundations need tending.

I stood up to get him roused and readied for his day but you held me back with your too thin arm across my waist. 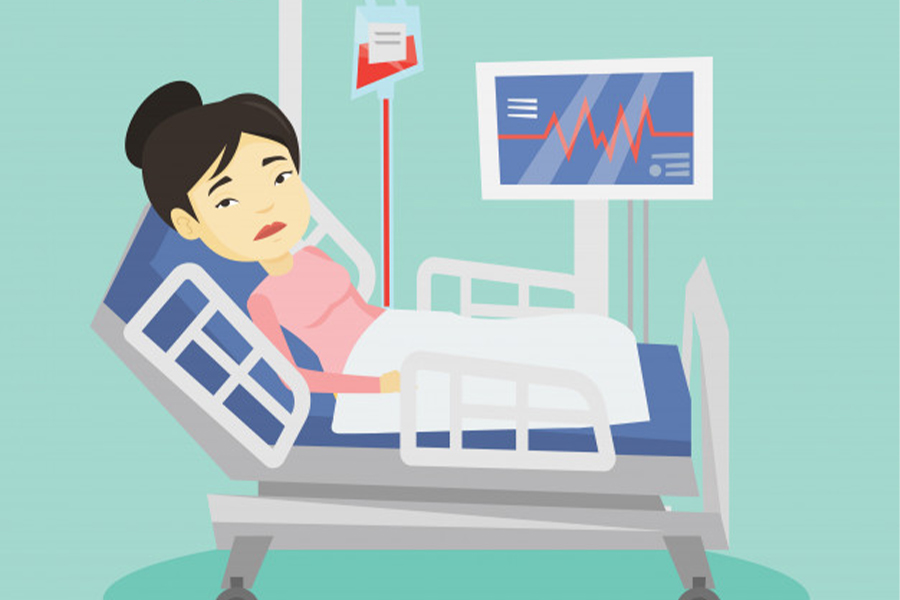 You asked me if I thought the receptionist was pretty and when I said god-no, you lay your head on my shoulder and drawled, boy, that’s some mighty fine lying. And not wanting to disturb you from where you leant upon me, I held back my reaction to that quip. Although, I regret now, never telling you how the comfort of your body against mine, just then and every other time, always made me feel like someone better.

The waiting took forever and more. I remember we tried passing some of the time, considering the fluorescent lighting. With their shades pulled off, we debated about whether they really resembled light sabres or not and after that, pondered which of our fellow sorrowful travellers, seated around us, might win a battle if forced to fight the Empire.

Most of that day though, you sat twitching like a woman with someplace else to be. Constantly strumming that outpatient card along the backs of your finely-sculpted fingers. You said something in a phony gangster accent about the goddamned chairs being left over from the Spanish Inquisition and when I laughed too hard at that, your head just lolled, oh really? Now you laugh? And I hadn’t the words to explain to you how we both knew you to make better jokes but that I so admired that you were even trying.

Nine hundred and ninety-nine o’clock before they finally called your name out and we were both surprised by how quickly you just sprang up in attendance. It felt wrong to ask you to hold my coffee cup but I had to while I rustled through the stupid bag that contained all of your files. The pretty/not pretty receptionist watched me struggle but then waved her hand, declining them, when they were offered to her.

That same young woman led us out of the waiting room. She wasn’t walking very quickly but even so, you laboured and we were soon lagging behind. Normal service has been resumed, you said wryly; meaning the power had drained again from your body.

I remember how your hand found mine as we rounded a corner and discovered the receptionist, waiting by an open door. She might have made the world’s grimmest estate agent, the way she gestured, just so, for us to come along and enter. I felt an all-or-nothing this is it clenching of the hand from you, as we approached the entrance.

Afraid to look, I shrivelled and curled up inside. My heart assumed the crash position. My mouth suddenly started to taste of something broken and dry. Then you laughed and I let myself look up and the sight that met my eyes mocked all of my trepidation.

Great, another waiting room, you jeered. The receptionist shrugged, apologetically. Promised it wouldn’t be for as long this time and we weren’t sure if that was a good thing or not. As we sat down, I said, Welcome to Level Two in the voice of the evil mastermind from that video game we used to play. You only half smiled in response, as your head gave me that loll again. I’ll do the jokes around here…

Bowie’s Life on Mars rang out of nowhere. As soon as it abruptly ended, a gaunt woman in a headscarf began talking 1000 anxious words a minute, more at her phone than into it. Along the row from her, I wondered if I didn’t recognise the ghost of a certain tired old gentleman. He was chomping on a pen; occasionally making additions to the puzzle book on his lap. Over by the window, a mother and father fondly cradled their weakling child. Ten years old, we overheard and silently gasped to each other in sadness and in horror. And had we not been put through it, I wouldn’t have believed either of us had possessed the strength to hang around that place for as long as we did.

After we collected our boy from the creche, you suggested McDonalds and honestly it felt like such a waste. I blurted out you hate that place but you looked down at him and then back at me and said it again – and I felt foolish, even a little bit ashamed for ever objecting.

When we got there, you attempted the Big Mac Meal and mocked, with one hand covering your mouth, the concept of a lifetime on the hips. I didn’t tell you, did I but I have rarely been so glad as when I saw you finish your food. And after all of our boy’s nuggets were polished off and his leftovers abandoned for some Monsters Inc toy, you urged me to steal what few chips there were from the remnants of the Happy Meal before, inevitably, unfairly, you started to feel down again.

Even though the midsummer sunlight gate-crashed our bedroom that night, you were determined to get some sleep. I crept in behind you and you snuggled backwards until your bottom fitted warm and soft against my bare thighs. And for a while, the pair of us lay like that, colluding in mutual silence, as a bluff wind pushed rain spatters up against our window pane and the clock behind my back continued to pluck time.

At some unscripted moment, you turned about to face me. I still like remember how your soft lips gently kissed the nape of my neck. The way the warmth of your breath trembled the hairs on my chest. Six months is no time at all, you whispered. And I held onto you as finally we both allowed ourselves to cry. There was the presence of love in how I put my arms around you. Tenderness in the way your fingers touched my face.

And we might never have stopped weeping if our boy hadn’t woken up again and called out. I was quickest up and said I’d go settle him but once again you stopped me dead. I remember you were so helpless, so passionate, in the way you said it. 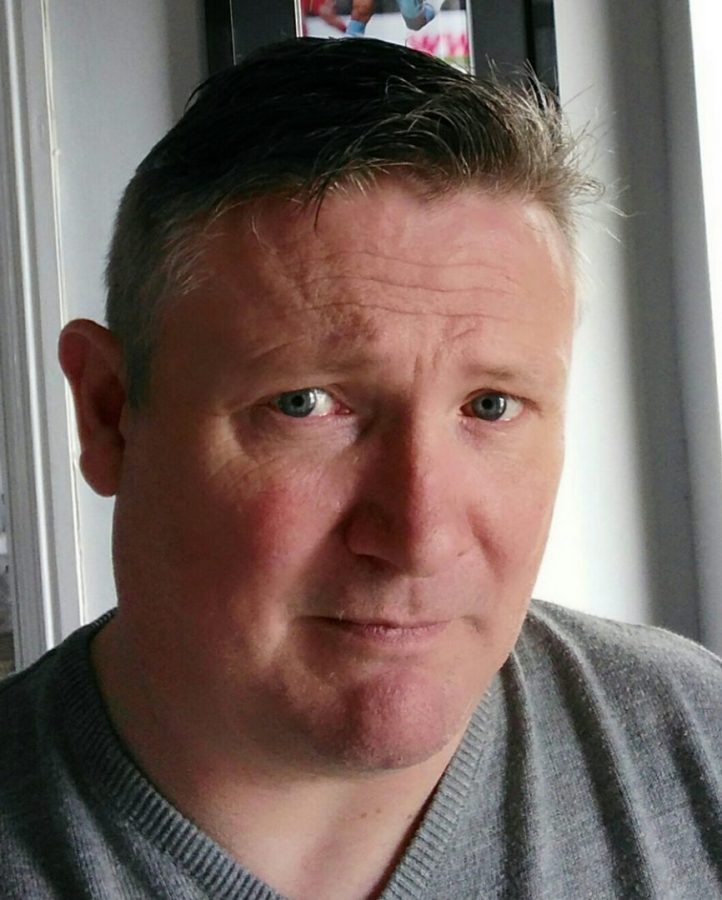 Sam Windrim is from Ballynanty Beg in Limerick City. He compiled The Limerick Lexicon (the first ever dictionary of Limerick slang) and co-authored Ammemorium – A Forgotten Rebel’s Tale (Manchester Metropolitan University) with John Hyatt. In 2019, he was shortlisted for The Bangor Literary Journal’s 40 Words Poetry Prize and Silver Apples Redemption Short Story Prize. He recently finished his first novel and will soon be the bane of agents’ lives everywhere.