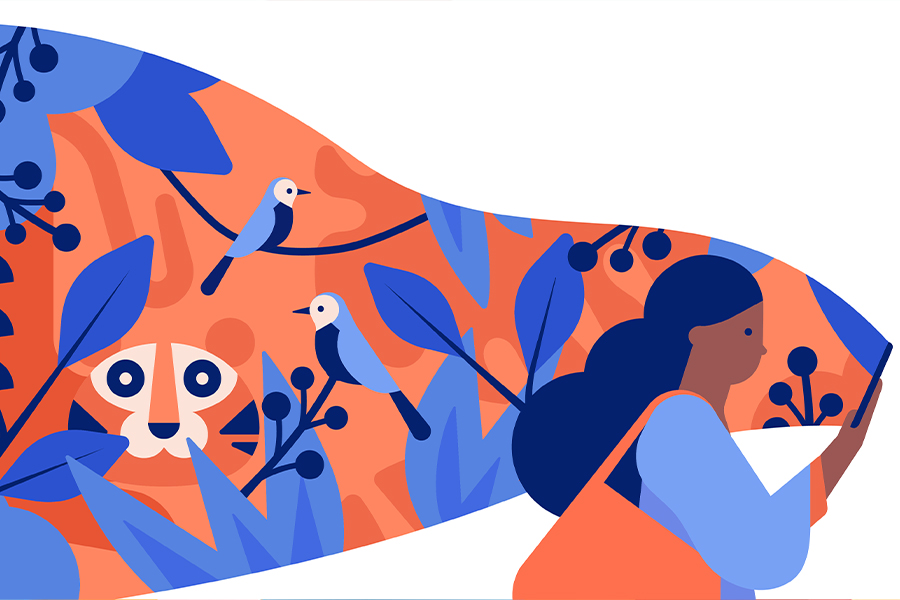 Leucothea Grigropoulos’ touching story of societal prejudices earns her the third place at the Bloomsday Writing Competition 2020 in the Under-18 category.

The sun dances through the trees, and spring flowers leave a heavenly fragrance that wafts through the gentle summer breeze. Beneath the blossoming almond trees, children play and the sound of giggles, delight, and laughter echo a nurturing atmosphere, that someone would call a ‘safe place’.

And yet, glimpsing just behind them at the people that supervise their every move, sitting like ducks on water: adults. Parents, grandparents, guardians. Mournful, troubled creatures that age has wrinkled and bitten. A man, with walnut skin, sits on the bench – his face a tangle of emotions, worry, anxiety, depression. Next to him, rather isolated on the opposite side of the bench, a woman perches on the wood. Short with pale skin,  hair tucked behind a pleated head covering, and her cotton indigo dress hovering above bare ankles. Her long neck stretched so far away from her body that her bones seem to lengthen and extend, trying to escape. Both tired. Both uncomfortable. Time passes, and out of boredom grows judgement…

‘I don’t want illegals around my daughters!’

‘What if she knows?’

“English Isha… We said to practice our English today.”

“Sorry. This is my new friend Beth,”  the little girl chimed, her eyes gleaming with pride. Stood behind her a girl, dressed quite like her mother the amish woman.

“Look Mama, this is my new friend Isha! She’s from Bangladesh and she says that I remind her of her sister that the IRS stole from her… Who are the IRS?”

Embarrassed, Isha stares at the floor, desperately trying to find a way to change the subject with the little English she had learnt from Youtube videos and at the library. “I very much like your dress,” she mumbled, lifting the heather embroidery and detailed frill along the bottom of the woman’s dress. Her father watches trembling, petrified; he notices the scars underneath her dress. Terrible scrapes, bruised all around; wounds that aren’t made from gardening; wounds that he tried to escape by leaving the horror in his homeland; wounds the war forced him away with. He picked up Isha and stood there, paused for a second an almost empathetic look in his eye, and then dashed from the park, for the fear for one’s self is  – will always be – far greater than the urge to help another living being.

Still, the park is there, the sun dances through the leaves. Birds sing, chasing each other from tree to tree, and the gentle humming of bees – collecting ever so lightly – sweet nectar off tulips and daisies, continues to be the most charming of melodies. And life carries on.

Leucothea is a 13- year old Greek-American studying at St.  Catherines’s British School, Athens. She likes to play football (soccer) and paints in her free time.