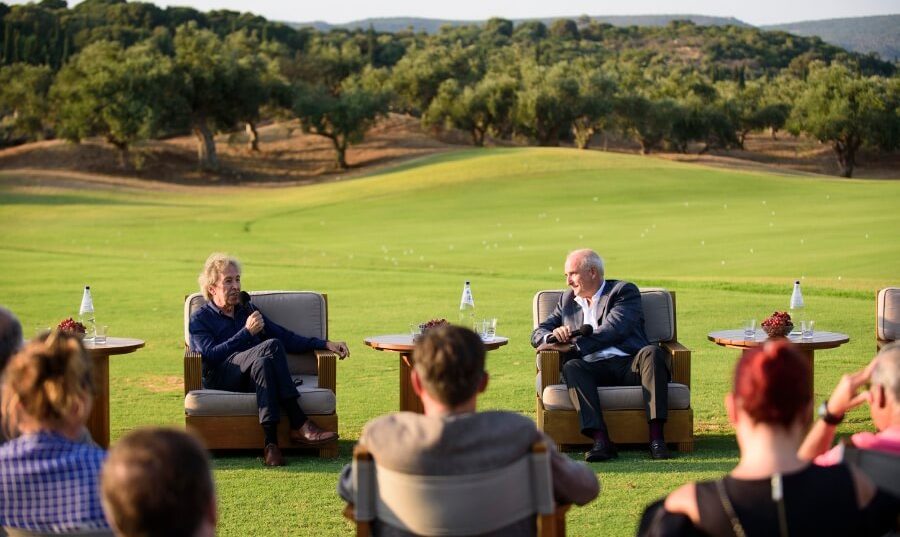 In his open-collared crumpled white shirt and linen vest, Pascal Bruckner is the model of a modern French intellectual whose Gallic appeal (still at work at 70) and eloquent opinions have provoked controversy and endless debates on identity, guilt, democracy and the elusive Western quest for happiness. A few of his views culled from his conversations with Isabelle Schmitz and Sudha Nair-Iliades at the New York Times Athens Democracy Forum at Costa Navarino.

On Western Guilt towards Islam

In An Imaginary Racism, Islamophobia and Western Guilt (2017, Grasset), the French intellectual addresses the problematic of the politically correct through the term of “Islamophobia”, “a weapon of mass destruction”: he claims that under the pretext of non-discrimination of Muslim people, any questioning of the beliefs and practices of Islam is unpronounceable. “To strike a faithful is a crime. To discuss an article of faith, of a doctrine, is a right. To confuse the two constitutes an unbearable amalgam. “Are not these precautions of language and these delicacies of treatment due to Western guilt and the weight of its colonialist history? “Certainly, the feeling of Western guilt is real, but it should not make us lose our critical mind.” The best that we can wish for Islam is not “phobia” or “philia” but a benevolent indifference in a spiritual marketplace, open to all beliefs. But it is precisely this indifference that the fundamentalists want to eradicate.

Agree to Disagree – the Sign of a Civilised Society

The sign of a civilized society is its ability to disagree in a civil way.
Finding our critical mind to analyze coldly the situation of the current world, to emerge from the realm of emotivity and anathema to enter into the comprehension of the real, was the point of view defended by Bruckner.

Trump and he US Presidential Elections

Mark Lilla in his book, “The Left Identity’ attributes Trump’s election to the errors of the American left, especially to the ideology of diversity responsible for the inability of the liberal message to unite the American people. This point of view developed by Lilla does not seem irrational, argues Bruckner: Trump is himself only a counter-product of the American political correctness he replies with the politically direct, even the politically abject ”
Are elites ready to hear this “wake up call” and get out of sterile rhetoric that may have blinded them?

On Globalisation and multiculturalism

“We have abandoned the momentum and energy of the Enlightenment. What we are left with is a reflection of a gray, chiaroscuro version of it. This is the twilight of European civilization. Something is slowly dying in our nations and, unless we wake up, we will disappear.”

On Civil Liberties and Democracy

Sometimes in our attempt to protect democracy, we actually end up undermining it,” Bruckner said, adding that the only way to stop the appeal of far-right parties in Europe is for mainstream parties in power to take the necessary measures that will deprive ultranationalists of their arguments. He said that following the Charlie Hebdo and Bataclan attacks, French citizens have felt closer to security and police officials. 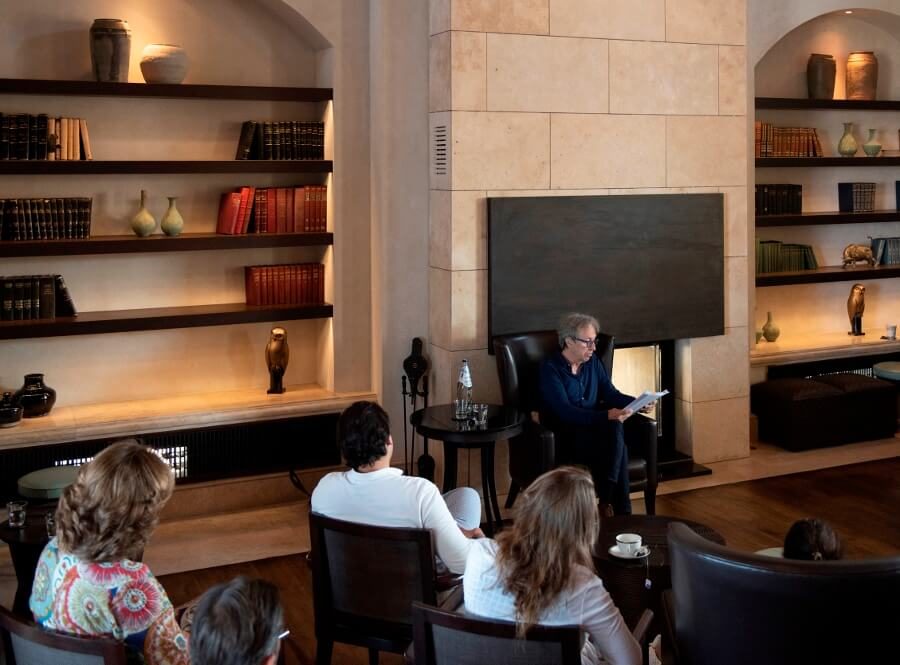 On the Burdensome Expectation to be Happy

In his book Perpetual Euphoria: On the Duty to Be Happy Bruckner acknowledges that happiness is a notoriously difficult concept to pin down. We can take it to mean wellbeing, contentment, joy and pleasure, as well as several other definitions, but whatever it entails, it’s a philosophical topic that dates back to the very beginnings of the discipline.

For the ancient Greeks, happiness was synonymous with the good life. To be happy was to fulfil a harmonious role in an ordered society. Christianity replaced happiness with salvation, a life of denial for the promise of eternal bliss after death. It was the Enlightenment that returned happiness to earth. Most famously, the American Declaration of Independence guaranteed the right “to life, liberty and pursuit of happiness”. Bruckner suggests that with nothing standing between ourselves and happiness, other than our willingness to grasp it, there is a moral compulsion weighing on us to be happy – and it’s precisely this social pressure that makes so many people unhappy. “We should wonder why depression has become a disease. It is a disease of a society that is looking desperately for happiness, which we cannot catch. And so people collapse into themselves.”

Greece is the embodiment of beauty, tragedy and light. It is the idea of the Greek miracle as expressed by the ancient philosophers. And it is also modern Greece, whose unaffected beauty is an illustration of the world and of humanity. It will always be, for me, a pilgrimage to the root of civilization, to the dawn of humanity.