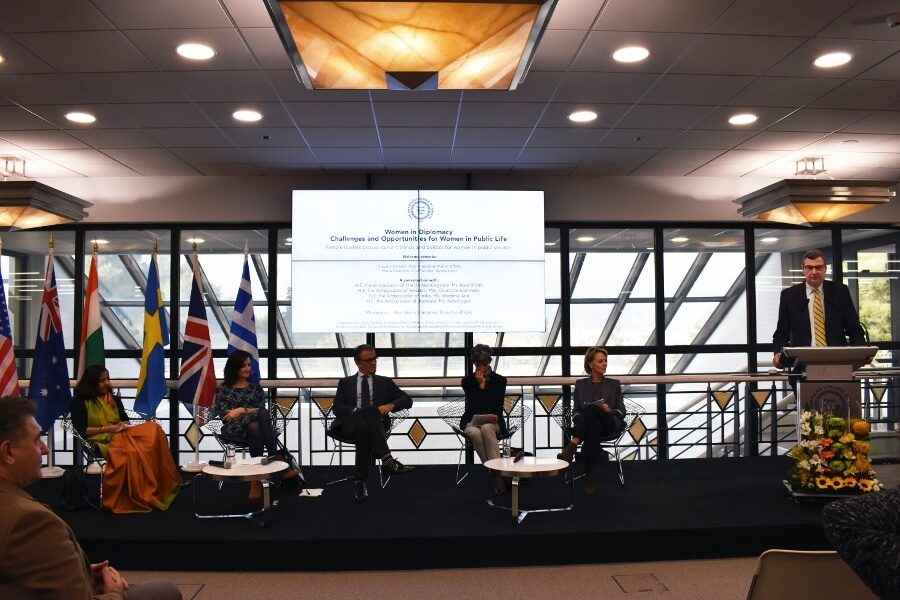 Four lady ambassadors draw on their personal experience as career diplomats to speak on glass ceilings, rooms full of blue suits and how old boys’ networks in the patriarchal world of public affairs and diplomacy are giving way to a more diverse, balanced foreign office.

Asked in 1933 whether the diplomatic service should be opened to women, British ambassadors of the day chorused their disapproval: it was ‘inadvisable’, ‘unthinkable’ and, even, ‘criminal!

1987: First British woman ambassador appointed.
1972: the date until which a married woman diplomat had to choose between her career or her marriage.
1946: The year until which the appointment of female diplomats was forbidden because the UK Foreign Office feared endangering British prestige abroad.

The four accomplished women representing their countries in Greece, Ambassadors Kate Smith (U.K), Charlotte Sammelin (Sweden), Shamma Jain (India) and Kate Logan (Australia) might have a good laugh at those archaic judgements of their professional competence, but admit that while progress has been made, it has simply not been enough.

85% of ambassadors are still men and get more high-profile postings.
Only 23% of parliamentarians are women
A mere 27% of judges are women
Appallingly only 15% of corporate board members are women 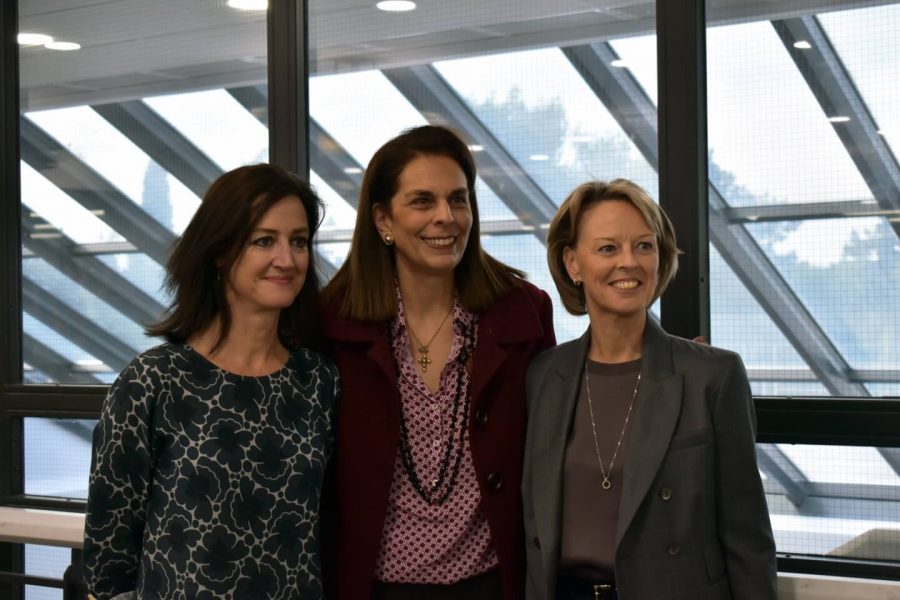 Speaking on “Women in Diplomacy – Challenges and Opportunities for Women in Public Life” to a roomful of eager young public affairs students at the American College of Greece, each of the speakers engaged the audience with a mix of personal stories, irrefutable logic, practical advice and good, old-fashioned humour to make their case for gender-balanced diplomacy. 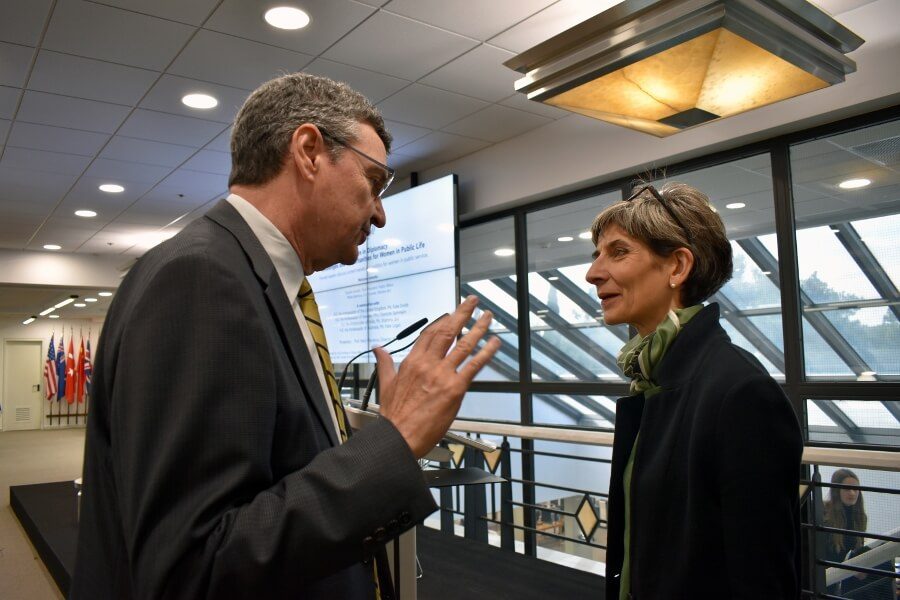 Ambassador Kate Smith noted that she had never encountered gender-based bias or challenges as a woman diplomat and credited her positive experience to the strength of British institutions. When she opted for a posting to Tehran as Deputy Head of Mission in 2005, her gender was not an issue.  “One way that we can really develop female leadership is not just by developing our own careers but to work for the reform and improvement of institutions which enable that female leadership to flourish and thrive.” 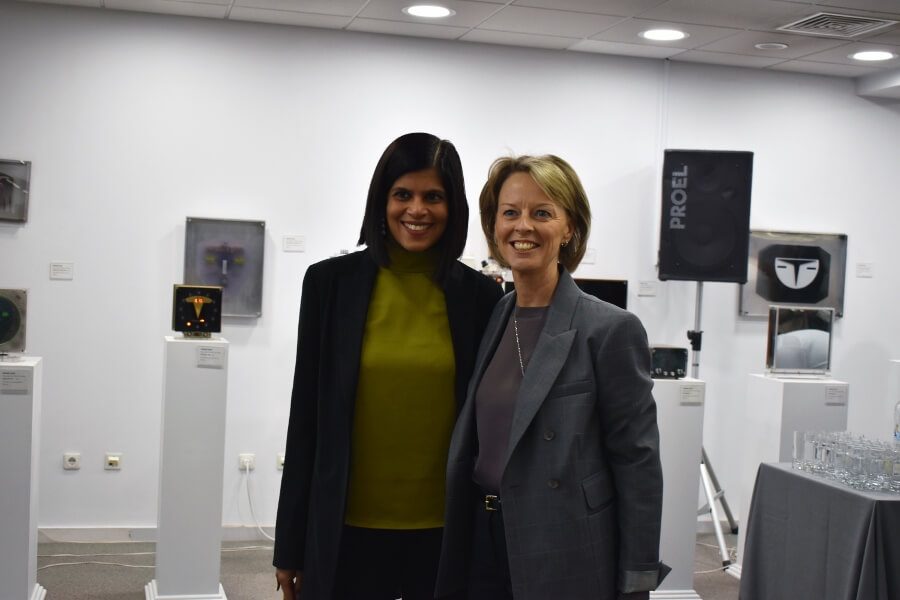 Growing up in the seventies, Ambassador Charlotte Sammelin of Sweden noted that she was lucky to study and work in an environment that encouraged women’s empowerment. Her grandmother had dinned the idea of economic independence so when she chose a career in diplomacy, it meant hard choices and a lot of juggling to make it to her position as ambassador today. A few key reforms that marked the way for gender quality at the workplace and for a better work-life balance include six-month paternity leave for men, a well-established child care system, and a flexible work culture.

“While Sweden consistently scores top marks in the EU on gender equality or highest female labour market participation and female representation at policy making positions, it has largely been due to a strategic belief that men and women should have the same opportunity to shape policies.” 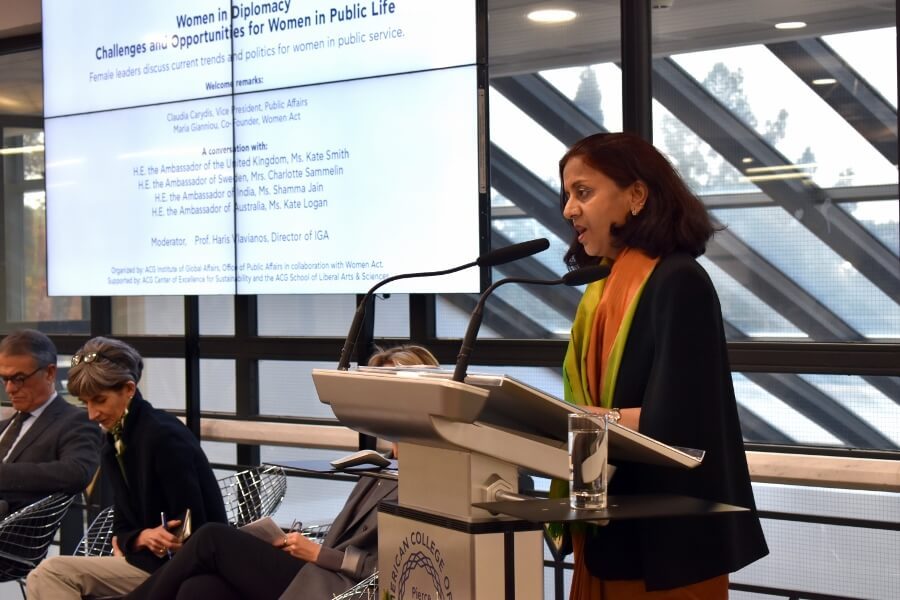 For Ambassador Shamma Jain, the glass ceiling in the Indian Foreign Service was due to rigorous competition and limited positions rather than gender bias at the workplace. 250,000 students compete each year for 9 seats through an extremely tough entrance exam to get into the Foreign Service. The year Ambassador Jain sat for her exams, there was only one other woman candidate who made it. “My experience in Cote d’Ivoire when a Civil War loomed and later at the UN Security Council has convinced me that women are much better at instinctively taking on more responsibilities, having peripheral vision in resolving conflict and at promoting peace on a global level.”

Jain pointed to one discriminatory policy in particular that bothers her: female Indian diplomats are expected to wear six-metre long saris in their day-to-day duties, while their male counterparts instead wear modern suits! 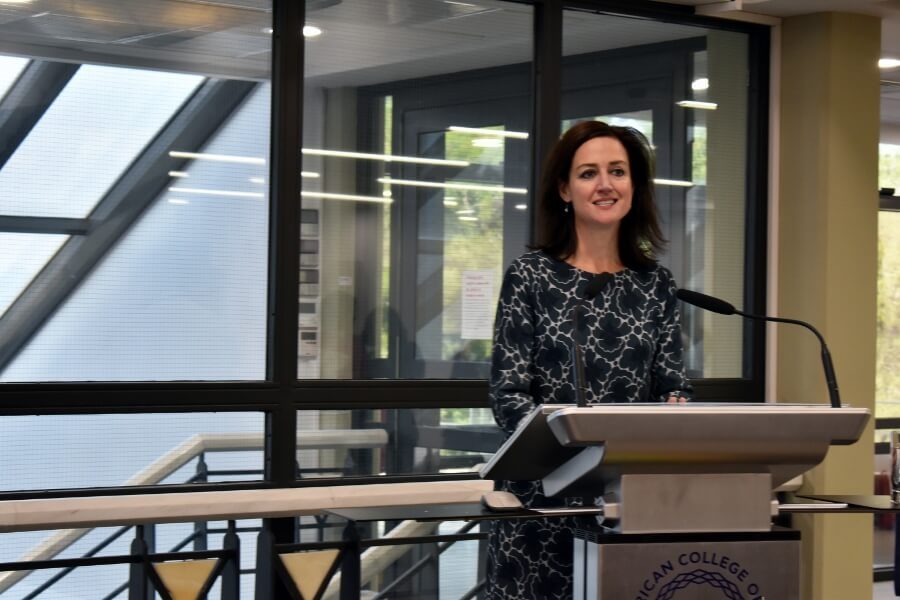 On a lighter note Australian ambassador Kate Logan jested that in Greece she was usually mistaken to be an Ambassador’s wife or had had  more than one incredulous “So, you’re the Ambassador” thrown her way. Growing up in Australia, where the foreign ministers for the past twenty-five years have been women, gender is barely noticed, and rarely brought up.Her ten-point practical guide for young, aspiring diplomats revolved around identifying role models, normalising gender roles, calling out bias and encouraging ‘male champions of change’. Ambassador Logan states that despite concerted efforts and affirmative policies, gender disparity is still an issue – from the media to corporate boardrooms and in Parliament, women still lag in representation. Her solution: speak a language businessmen understand; appeal to the bottom line.

If you can’t persuade employers or policy makers on logic to have a more inclusive workplace, persuade them on productivity and profit grounds. Diversity is a necessity in today’s complex and challenging world, not an optional extra – it makes for better decision making, better outcomes.