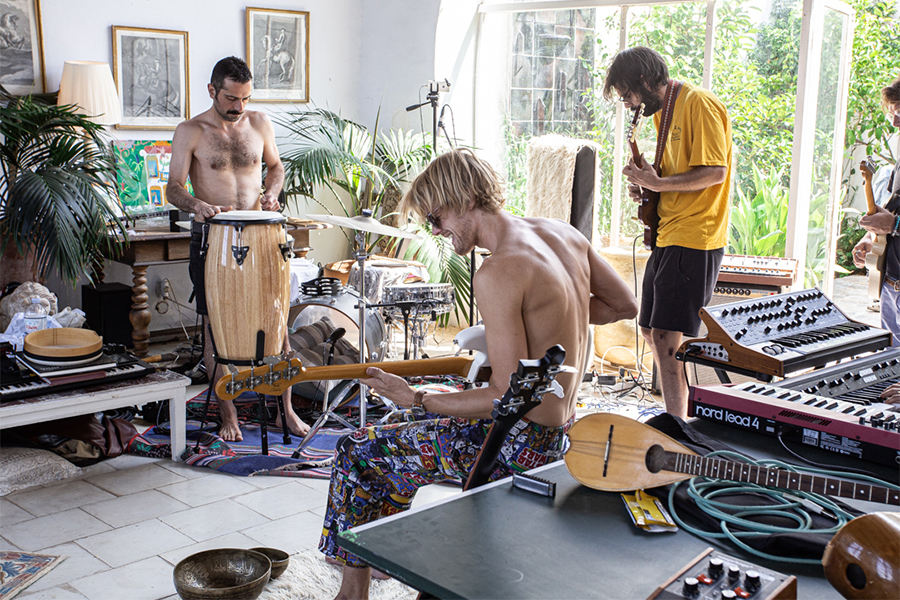 In the sixties Hydra became an artists’ colony, even Leonard Cohen couldn’t resist and bought a house there. It has changed quite a bit since then and the simple lifestyle of those days changed into a more luxurious one. One local has been through it all – Stephan Colloredo-Mansfeld, who made his fortune being one of the first rare-record dealers in the world, later establishing a music studio right in his Hydrean house. Mimi  Filova, a literature student from Prague spent her summer on Hydra in the company of one of the island’s most interesting locals and his amazing 18th-century house partly converted into a music studio.

A two-hour boat ride from Athens you will encounter an inconspicuous island in the Aegean Sea where time moves slower than anywhere else I’ve ever been – Hydra, described by Henry Miller as ‘the perfect anarchy.’ It is said that you either love it or hate it; being a guest at one of its most notorious locals, Stephan Colloredo-Mansfeld, I positively ended up falling in love with it. You won’t find cars, roads, or sandy beaches here. Instead, you’re faced with endless steps of narrow streets covered with donkey shit – inevitable, as these animals are the only means of transport here. Fragments of bohemian and hippie lifestyles from the last century are still present in the everlasting hot air. Even though the times when Hydra was a refuge for numerous artists such as Henry Miller or Leonard Cohen are gone, the indescribable mystical atmosphere remains. 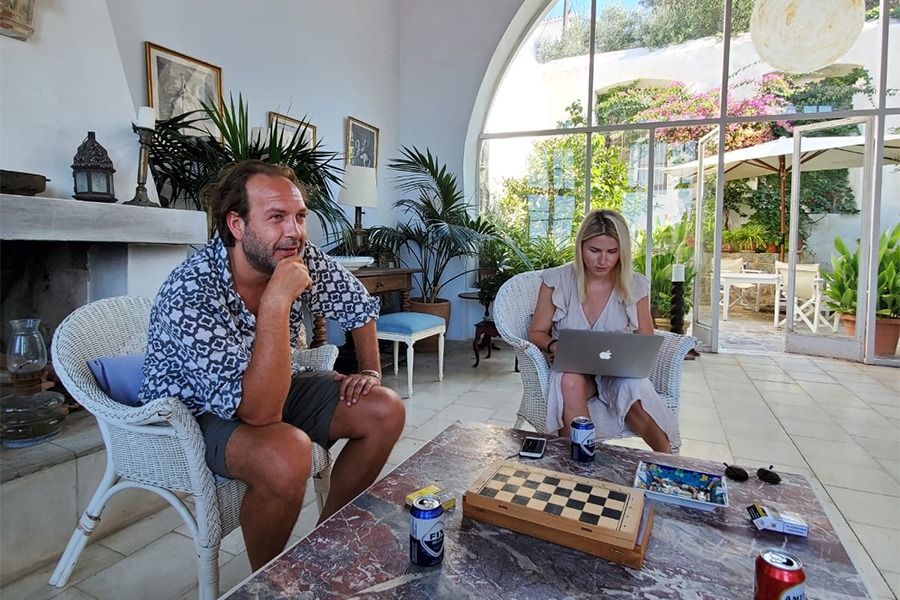 In the sixties, artists began to settle here, longing for isolation in which they could paint, write, and create while living a simple life. Nowadays it is one of the many Greek islands for the affluent, while still attracting a large artistic community – every summer, the island is teeming with curators, painters, musicians, and critics. “Hydra has become a place for people with money. Previously, the hippie community of artists lived here quite modestly,” says Stephan Colloredo-Mansfeld, who lives in an 18th-century house, partly converted into a music studio. 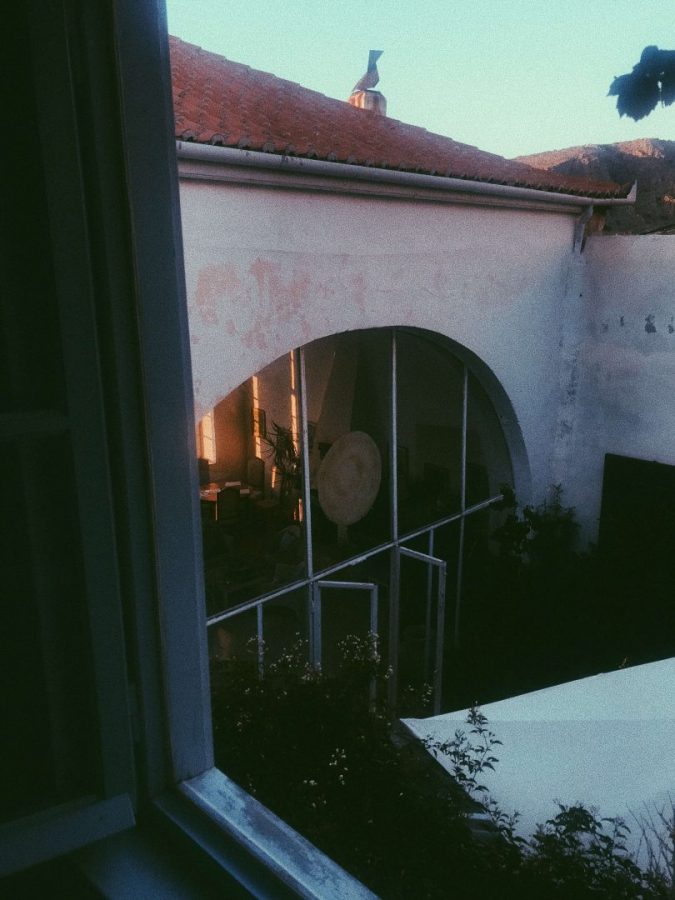 If his name sounds pompous and aristocratic, it’s only because it is so. However, Stephan wasn’t born in a castle surrounded by luxury. He grew up on Hydra, later moved to Austria where he would have finished his studies were it not it for a pretty random decision to jump on a plane to Boston that led to him disappearing overseas for several years. Despite the love for music he had been developing since his early teenage years, he first made a living as a chef in the U.S. often spending his hard-earned money on rare records. Steph, as everyone here calls him, has been spending his summers on Hydra since he can remember. 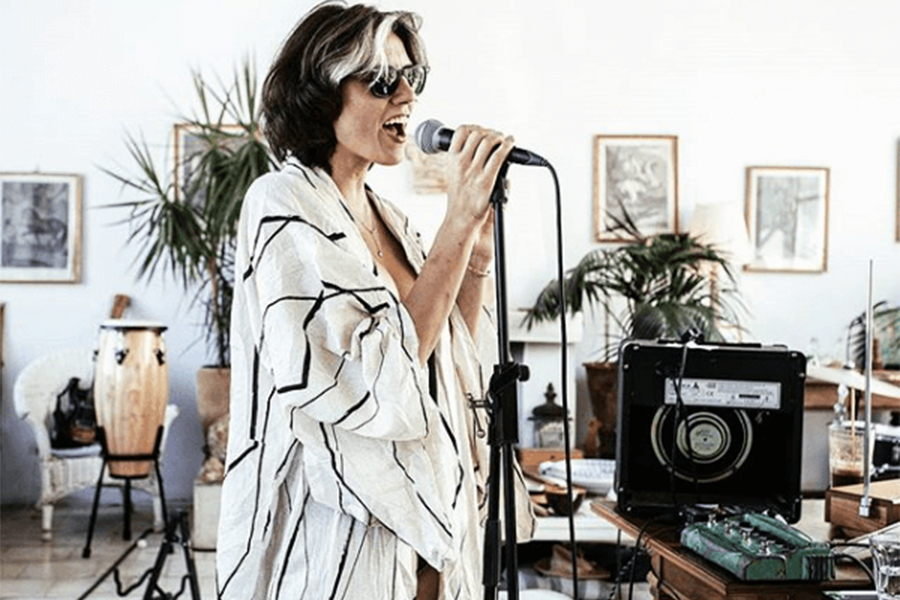 The wild parties he organizes in his high-ceilinged house located three hundred steps from the port, are well known throughout the island. Hydra has become home, not just a vacation location. Growing up on the island, he befriended Cohen’s children Lorca and Adam, writers, musicians and many stray souls wandering the mystical island. Much has changed since then and nowadays, only very few people spend winters on the island. “An empty island is a great test of a clear mind,” he adds. Moreover, there are no ways to make a living, but it seems like Stephan might have found one or two. 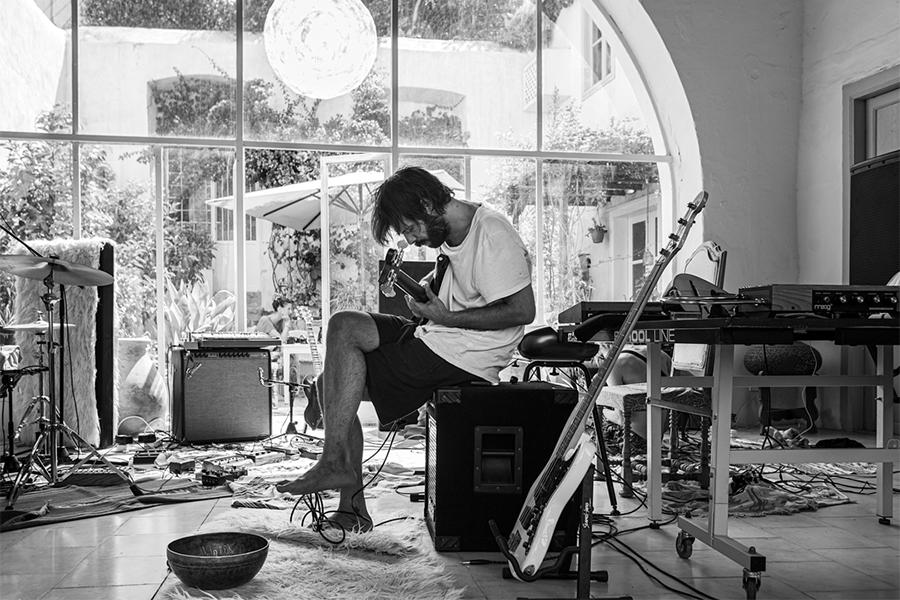 In addition to having worked as a chef for several restaurants, he became one of the first dealers of rare first edition psychedelic records in the days before the internet. “After years of sorting, cleaning, and filing records while actually losing interest in playing them, I started to question my reason of this compulsive accumulation of vinyl.” The loss of joy and sudden need to support his new family made selling his collection a full-time job; a collection, which at one point contained more than a hundred thousand records. At first, this niche business operated on the basis of connections between collectors and word-of-mouth marketing, later it was inevitably changed by the world wide web and partly moved to eBay. 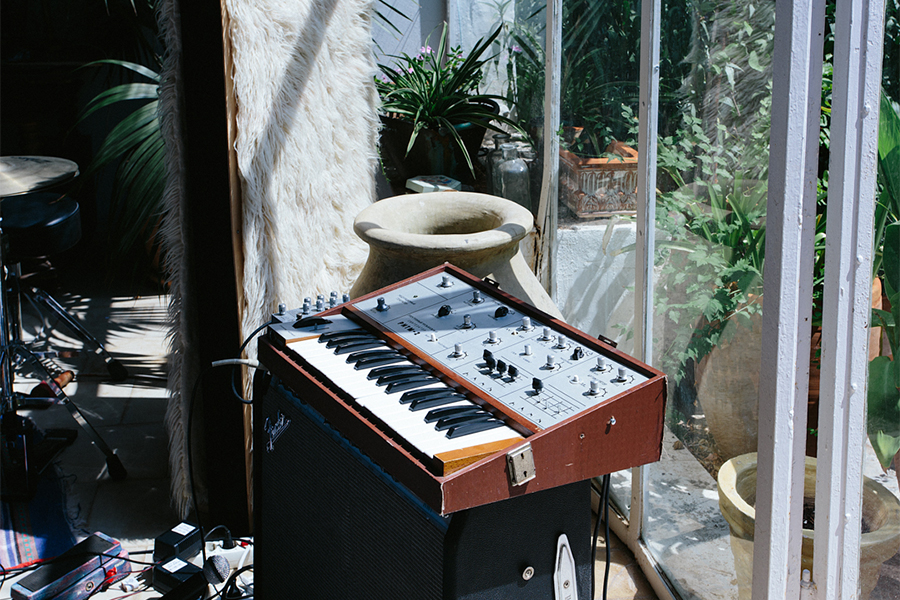 Today, Steph owns about five thousand records that no longer hold a special place in his heart. He realizes that for people who are able to pay $ 8,000 for vinyl, collecting has become an obsession and an addiction he no longer is a supplier of. Five years ago, his lifelong love of music led him to yet another radical decision – to set up a recording studio and art residency right in his house on the island. He called the studio “Old Carpet Factory” based on the fact that the house was originally a place where carpets were woven in the 18th century. ‘Go big or go home’ is the saying that comes to my mind as I look through all the musical instruments filling the dark space of the studio – including a one-off semi-hollow body electric guitar specially commissioned for the OCF studio by the luthier of Prince worth over $20,000. Or the only instrument in the world played without touch, a theremin. 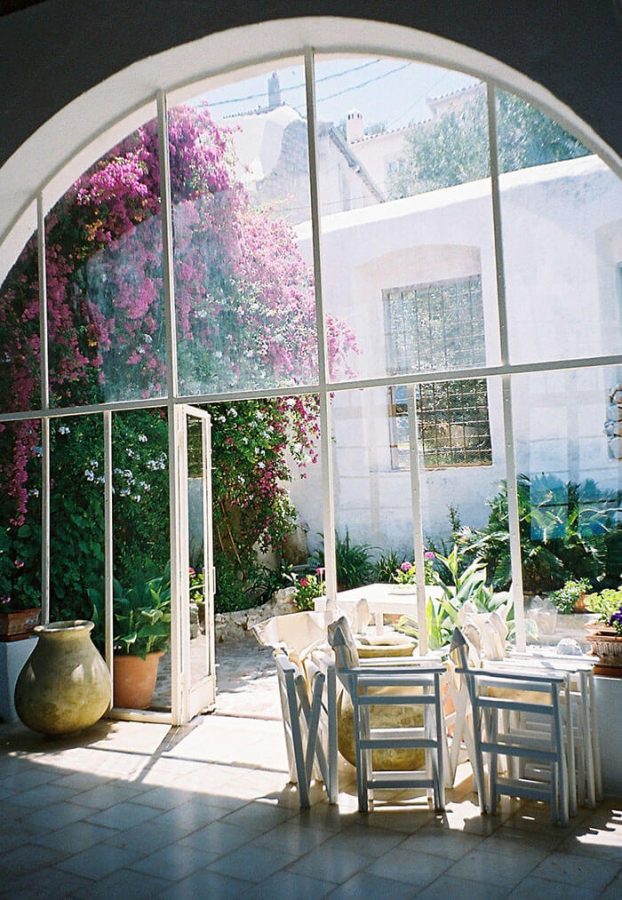 Sebastien Tellier, Daniel Stricker, and John Carroll Kirby have recorded their EP Power of Power at Old Carpet Factory and thus multiplied the bohemian spirit of the place itself. Stephan wants to keep his doors open; after all, Hydra is a place that seems to attract all stray artists so it’s only a matter of time before one of them comes to visit or record an album. Even though Hydra is mostly known as the artists’ colony, it is what it is because of its exceptional locals like Steph whose life stories sound more like themes for a film script; people with whom your nights start at sunset and end at sunrise and whose aura makes Hydra a place reminiscent of home.

Mimi Filova is a Ph.D. student of literature based in Prague, who has been writing for Czech and Slovak platforms.

For more info see oldcarpetfactory.com or here on IG 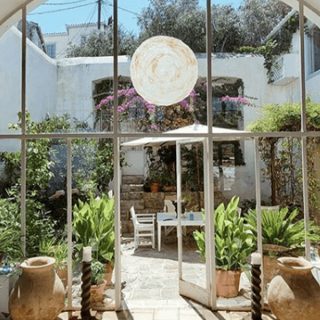 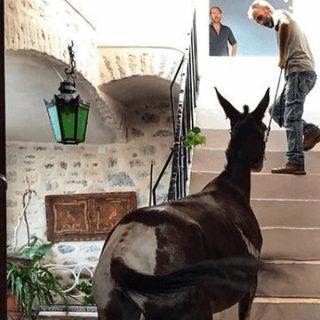 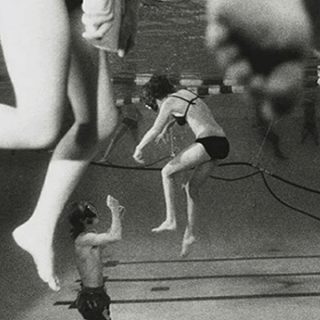 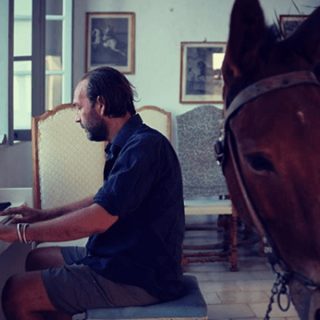 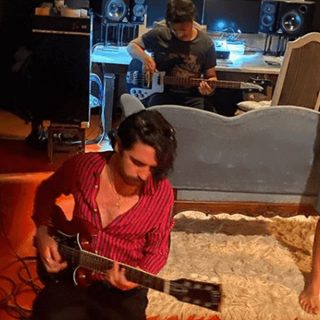 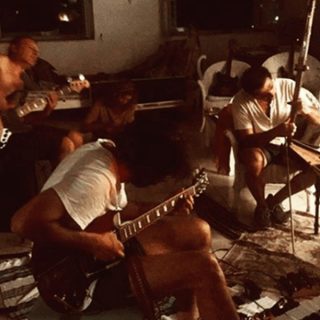 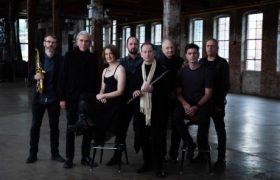 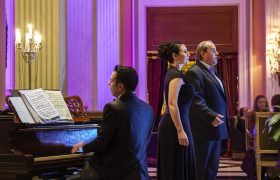