Menu
Home | Travel | Top Things To Do In Corfu

Top Things To Do In Corfu 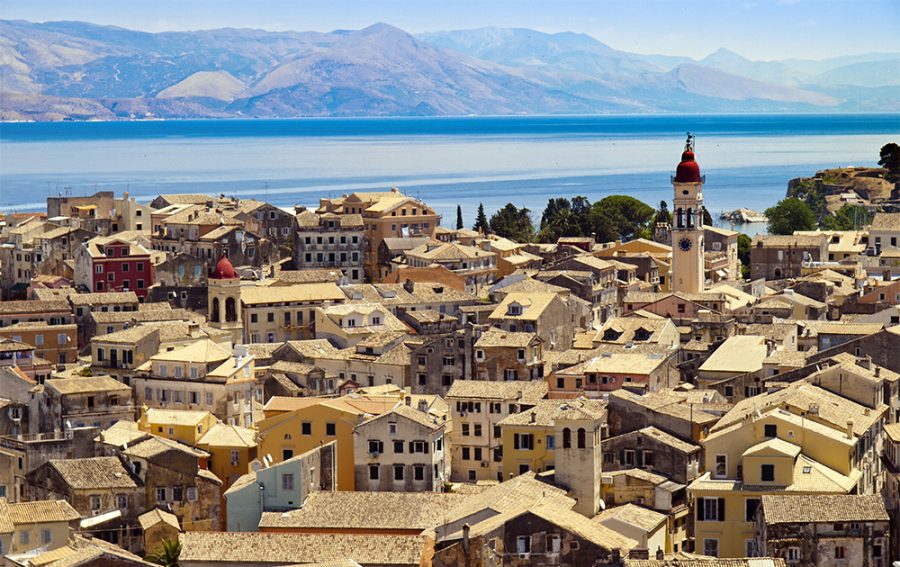 Majestic Corfu is in the spotlight once more with the third instalment of the hugely popular television series, The Durrells, based on Gerald Durrell’s Corfu trilogy. Amanda Dardanis charts some of the Ionian island’s best experiences.

Homer’s “beautiful and rich land”, pulls off split-personality like no other Ionian island. This former British protectorate manages to be both posh and playful at the same time. Corfu’s feisty Kavos strip on the southern tip obliges the 18-30 set with beach parties and pizzerias. Meanwhile, the north-east coast, especially the lush stretch between Nissaki and Kassiopi, has been dubbed Kensington-on-Sea and is a haven for Royalty, Rothschilds and Russian oligarchs. 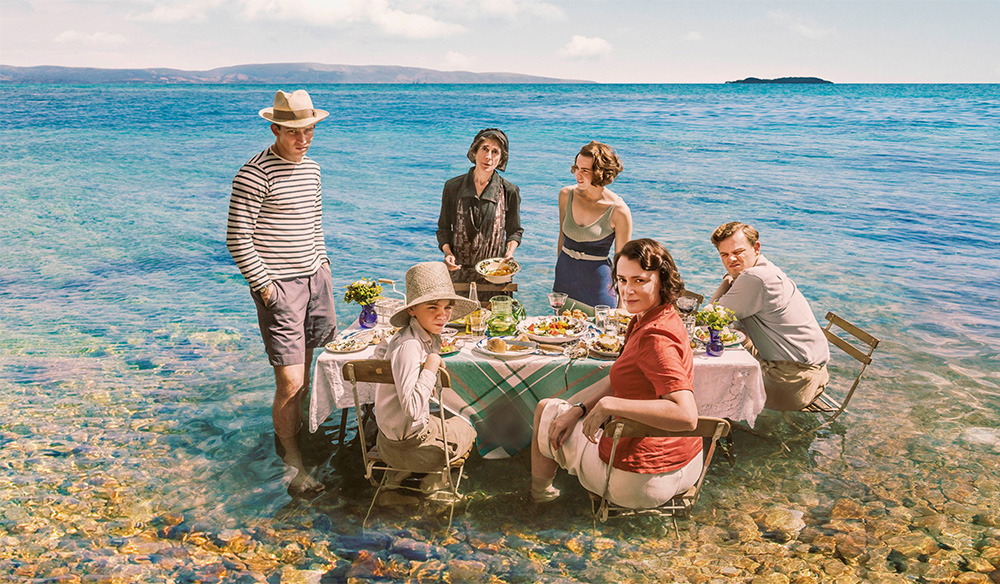 The Durrells in Corfu

Lying just off the Albanian coast, Corfu’s wealth of strategic castles and churches are legacy of its battle-laden past (the Venetians, French and British have all at one time held claim). Sickle-shaped Corfu Town (Kerkyra) is completely encased by two such fortresses; while the World Heritage Campiello (Old Town) has been compared to Siena or Dubrovnik. Corfu’s mixed heritage is also present in its fine museums, high-calibre Italian-influenced cuisine and in the island’s fame as both the cricket capital of Greece and the setting for Gerald Durrell’s Corfu trilogy.

Top Things To Do In Corfu:

Window Shop While Strolling At Liston 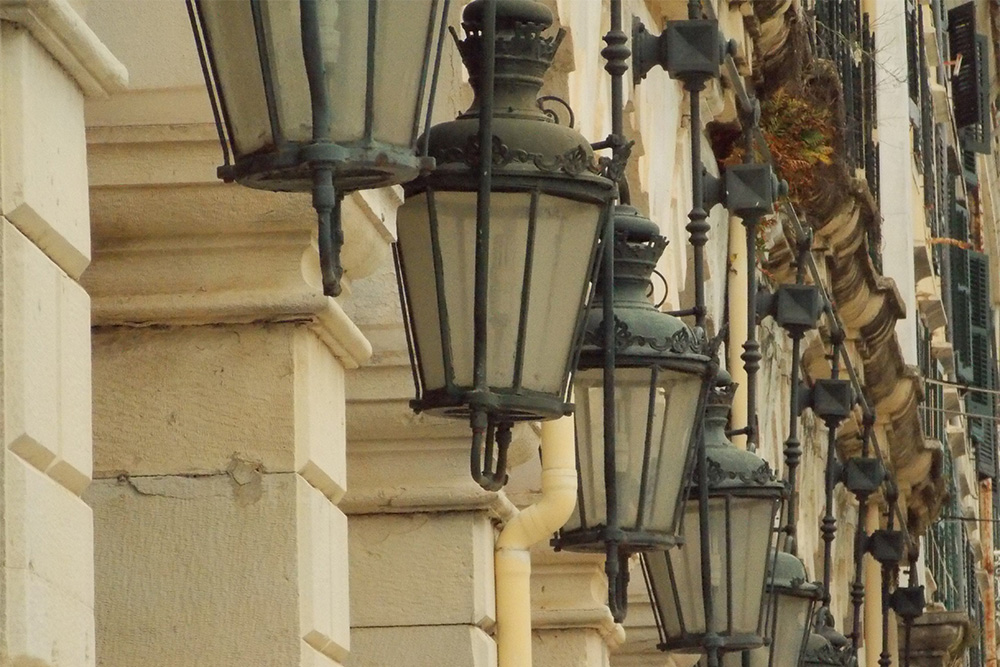 Combine retail therapy with one of Corfu’s architectural highlights at the Liston. Built in 1807 by French imperial commissioner Mathieu de Lesseps, and inspired by Paris’s Rue de Rivoli, this gracious arcade is adorned with fashionable cafes and terraces and is an excellent example of Napoleonic architecture. The Liston overlooks the Spianáda (once a firing range for Venetian troops!). Now it’s home to Greece’s first cricket pitch. 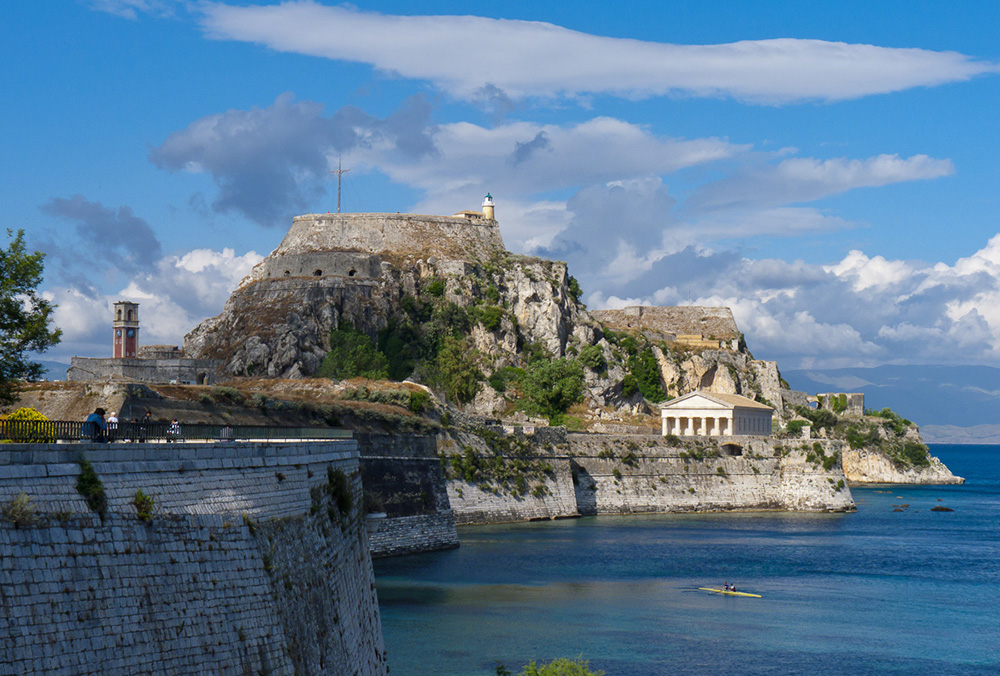 Scale the stately old Venetian citadel (Palaio Frourio) built on an artificial islet with fortifications surrounding its entire perimeter – and be rewarded with stellar views of the city and Ionian sea.

Meanwhile, the new fortress (Neo Frourio), a huge complex of fortifications dominating the northeastern part of the city, is now open to the public – and is well worth a visit. Wander through a medley of medieval corridors and fortifications, where the winged Lion of St Mark, the symbol of Venice, appears to follow your progress. 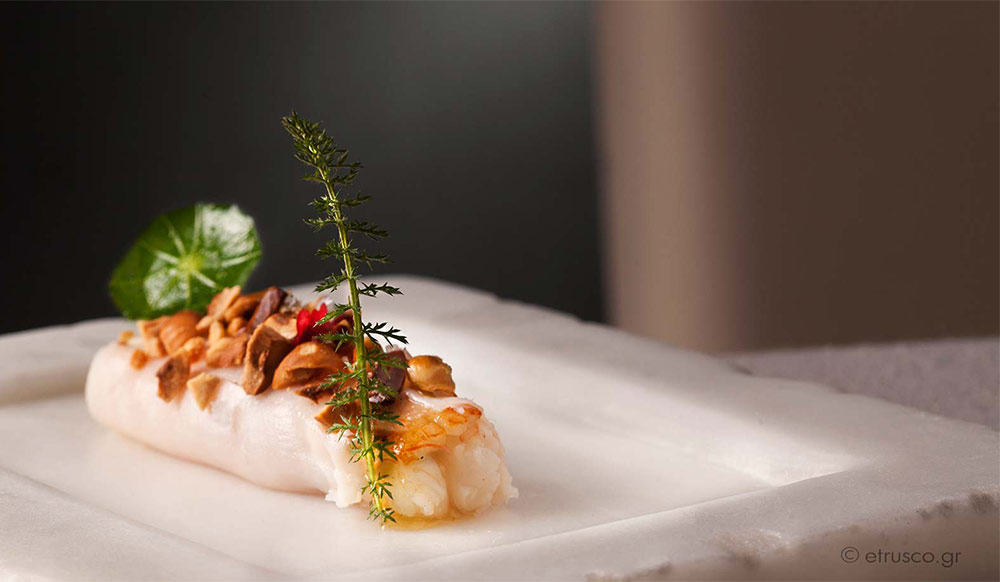 Considered by many devoted foodies to be Greece’s finest and most creative restaurant, Botrini is a showcase of the owners’ passion for both Greek and Italian cuisine, served with flawless technique and a big blast of “molecular” creativity. Run by the Italian-Corfiot Botrini family, Etrusco, in the Kato Korakiana village, is compulsory dining during your stay on Corfu and absolutely worth saving up for. Reservations a must! (www.etrusco.gr)

Meet Medusa At The Archaeological Museum 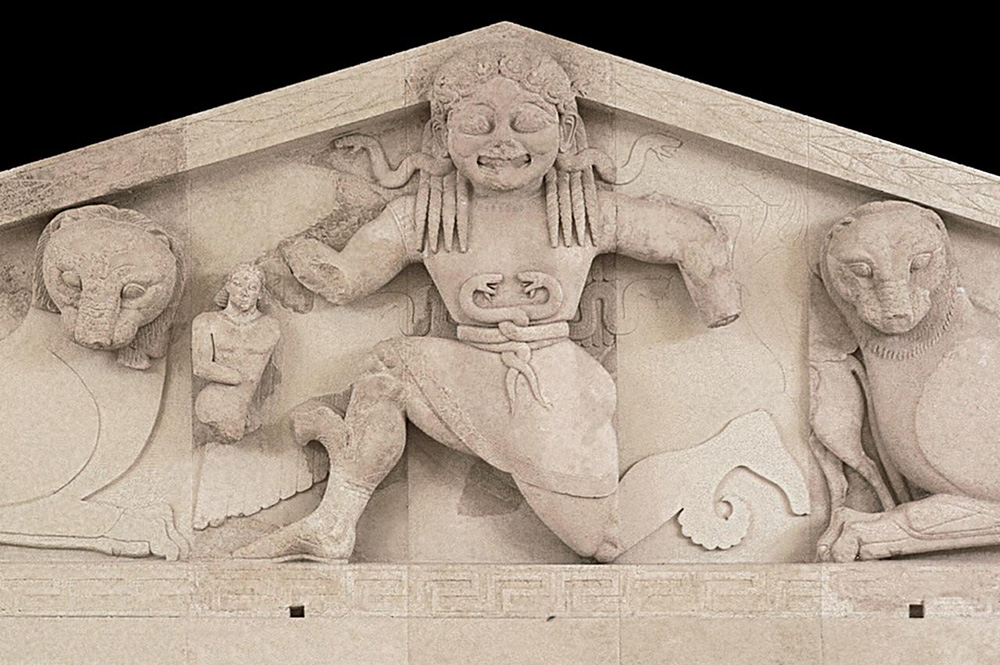 Medusa at the Archeological Museum of Corfu

A pleasant 15 minute stroll from the Old Town, in the Garitsa quarter, resides a ravishing 56 foot long frieze depicting the snake-haired gorgon, Medusa, flanked by giant lion-like figures, her children, and Pegasus, the flying horse. This 5th Century BC carving, which once adorned the Temple of Artemis at Kanoni, is among the best preserved Archaic sculptures in Greece and is just one highlight of this fine Archeological collection. (Armeni Vraila St, tel: 266.103.0680; open 8.30am-3pm Tues-Sun.)

Enjoy A Rooftop Cocktail At Cavalieri 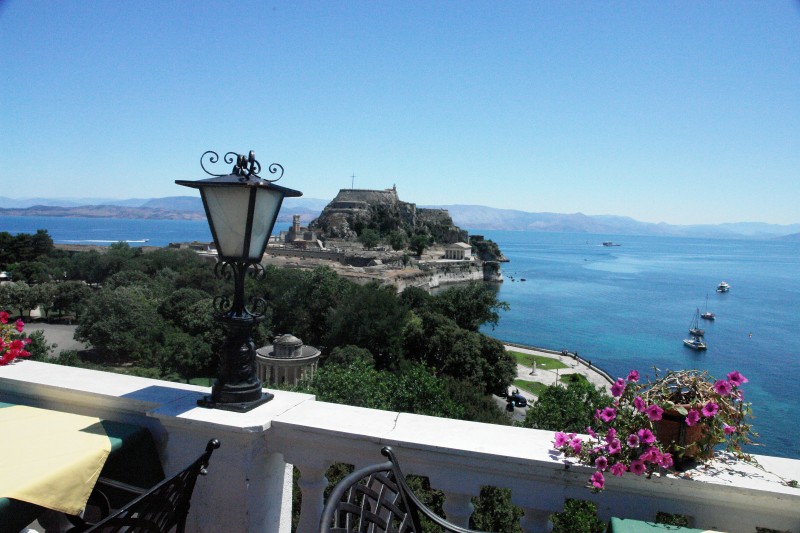 View from the Cavalieri Hotel

A famed meeting point for writers, actors, poets and “power people” since the late 60s, there are few better vantage points for a sunset tipple than the Cavalieri in central Corfu town. The panoramic rooftop terrace crowns a renovated 17th century mansion which once belonged to the Count Flamburiari family. (Capodistriou 4, tel: 266.103.9041, www.cavalieri-hotel-corfu-town.com)

A majestic neoclassical dwelling near the beautiful village of Gastouri, built by the Empress Elizabeth of Austria (known as Sissy) in the late 19th century after one of her visits to Corfu – and filled with her statues, artwork and original furniture. The vast gardens afford stellar views of the island.  (Tel: 266.105.6245; open 9am-6pm daily.)

Part of the uninterrupted sandy stretch southeast of Korissíon lagoon, Marathiá and its neighbor Agía Varvára, both have their different lovely charms.

The south-west coast beach to go to for clean “five-star” sand – and lots of it! (roughly 2km).

The ultimate “sunset beach”, framed by sculpted reddish cliffs and ending at Corfu’s northwesternmost point, Cape Drástis. As rustic as they come, Longas is for beach purists: it’s all about the water and the view. 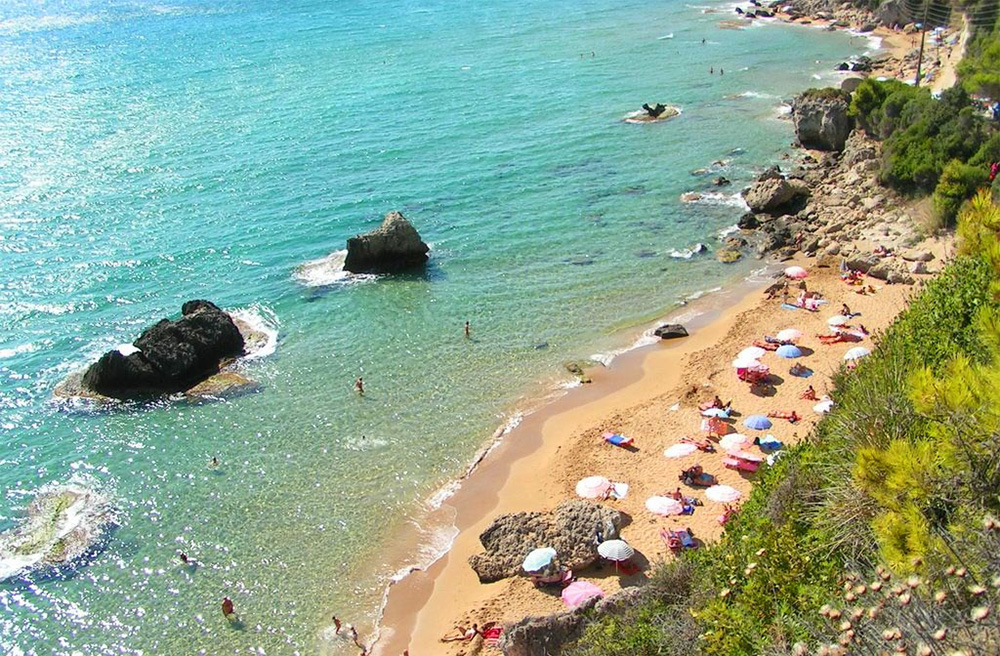 “Perhaps the most beautiful beach in the world” is Lawrence Durrell’s claim in Prospero’s Cell about this famous tiny cove housing three compact beaches (including a nudist beach) in the middle of Corfu’s scenic west coast.

The massive dunes of unspoiled Íssos beach on the southwest coast had a starring role in For Your Eyes Only in 1981. Decades on, Issos is little changed other than the wooden shacks of a windsurf school.

Deeper Travel: 5 Holidays in Greece that will change you!