Menu
Home | Culture | The Trip to Greece: An escapist fantasy

The Trip to Greece: An escapist fantasy 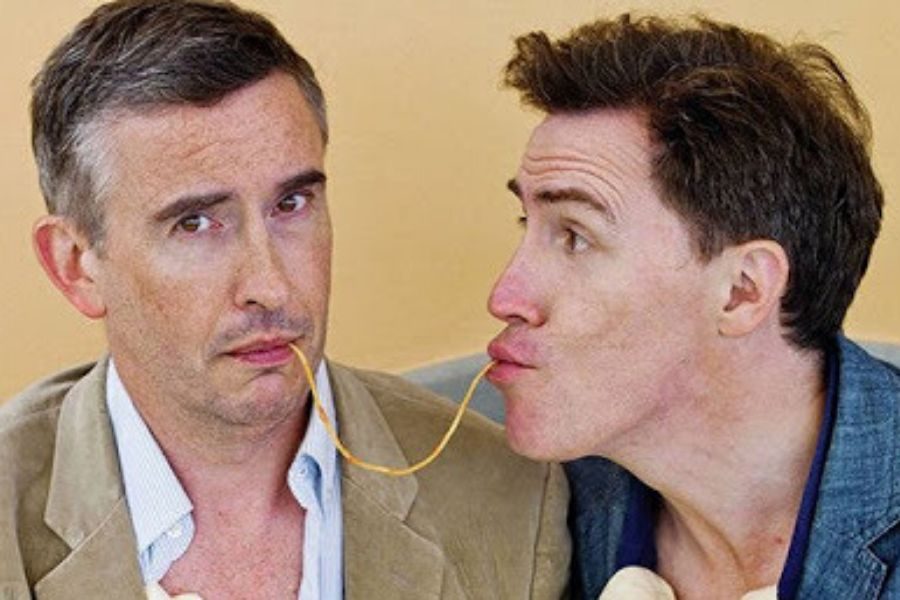 A timely promotional tool for Greece, The Trip To Greece promises plenty of mouth-watering Mediterranean meals – with a side helping of ancient ruins and stunning seascapes. Steve Coogan and Rob Brydon reunite to follow in Odysseus’ footsteps in director Michael Winterbottom’s culinary and comedic travelogue series, The Trip to Greece.

Timely escape or downright cruel timing? When you’re confined and travel seems a distant memory, you might either revel in the momentary escape the hilarious duo provide or hate them for reminding you of your pre-Corona life.

10 years since Rob Brydon and Steve Coogan began their gastronomic adventures, having taken in Italy and Spain, the duo follow Odysseus’ footsteps over scrumptious food and some serious location envy.  The promotion for Greece couldn’t have come at a more opportune moment when the tourism sector has been hardest hit and visitors need a soft reminder of the beauty that awaits them, if not yet, later. 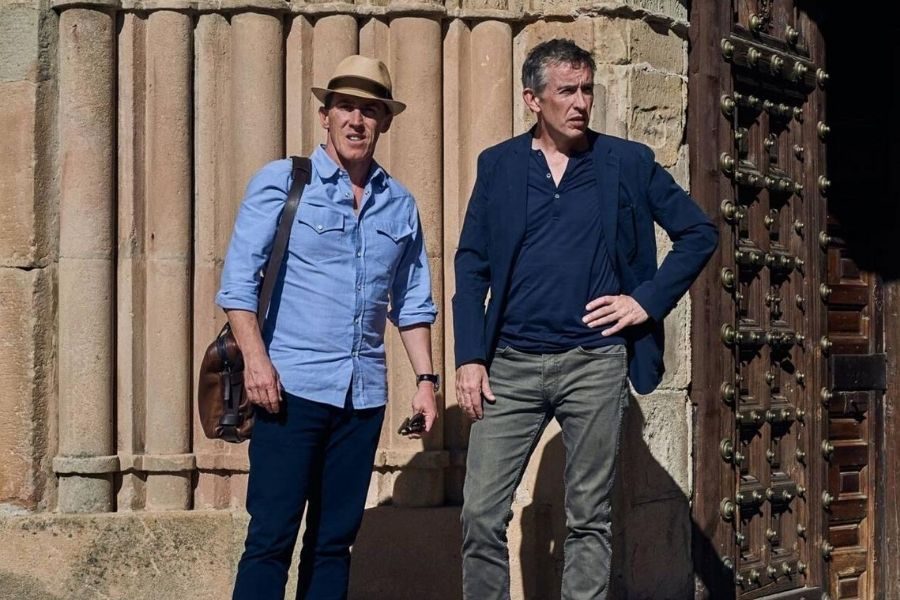 “When Odysseus left Troy it took him 10 years to get back to his home in Ithaca. Steve and Rob have only six days on their own personal odyssey in The Trip to Greece,” IFC Films said in a synopsis. “On the way, they argue about tragedy and comedy, astronomy and biology, myth, history, democracy and the meaning of life!

The long journey from Troy to Ithaca:

The film starts off with Troy in Turkey, site of the Trojan War and a boat ride to Sappho’s Lesbos, now on the frontline for the refugee crisis and its blighted camps. An overnight ferry takes them from Lesbos to Kavala, and to the Imaret Hotel, then to ancient Stagira, the birthplace of Aristotle. The pair then journey south for lunch at the swanky Danai Beach Resort in the heart of Halkidiki.

Next stop is the Pelion, another underappreciated corner of the mainland. Follow in Rob and Steve’s footsteps by enjoying a meal at the cafe on Damouchari beach (which also appears in Mamma Mia!) before heading to ancient Delphi, in the shadow of Mt Parnassus, one of Greece’s loftiest peaks and home to a vast national park and a popular ski resort. From there to lunch  in Athens at Michelin chef Lazarou’s Varoulko Seaside. Rob and Steve then drive to the city for a tour of its ancient sites before checking into Hotel Grande Bretagne.  The fourth episode begins with a trip to Epidaurus, built in the fourth century BC to entertain visitors to the Asclepeion – named after Asclepius, healer son of Apollo. Then it’s a quick visit to Nafplio, then the port of Ermioni, and for dinner at Omilos, on the bohemian isle of Hydra, long a draw for artists and writers. The film then moves to the Mani made famous by writer Patrick Leigh-Fermor who lived there almost half a century until his death in 2011.

The final scenes of The Trip to Greece sees the duo drive from the Mani to Pilos, gateway to the Costa Navarino, a splendid natural harbour that was home to Nestor, the oldest Greek leader to fight the Trojans, (said to be 110 years old when the war began). Rob and Steve eat at Poseidonia, before visiting Nestor’s Palace and beautiful Voidokilia Beach. After driving to Patras the pair catch a ferry to the island of Kefalonia, made famous by Louis de Bernières’ Captain Corelli’s Mandolin, before finishing their long voyage – like Odysseus – in Ithaca. The poet Constantine Cavafy describes the journey to Ithaca with the words:
‘As you set out for Ithaka
hope your road is a long one,
full of adventure, full of discovery.’ 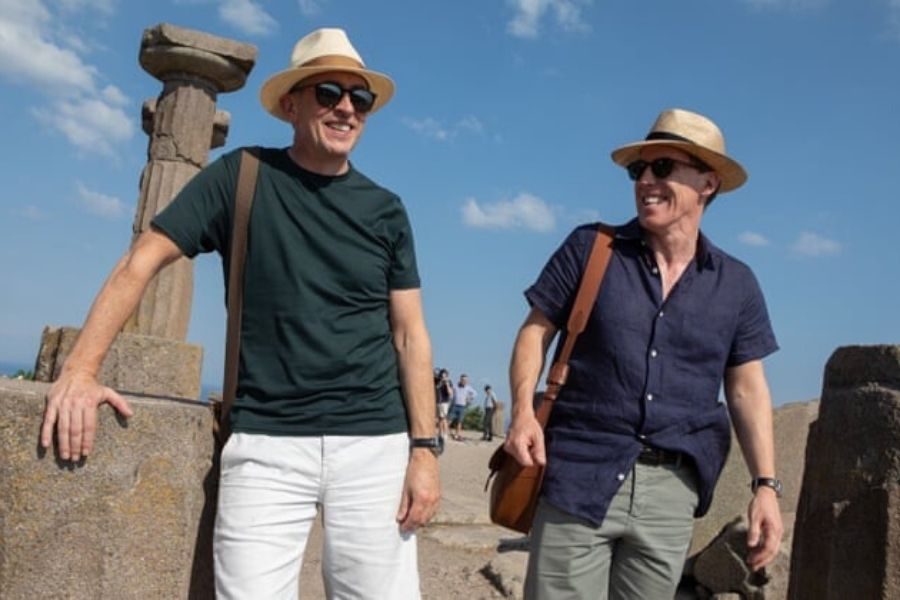 It is the perfect metaphor for the purpose in life, one which we never stop pursuing. When Odysseus reached Ithaca he asked,
‘Is this truly home? Though the Trip To Greece starts off as a comedic adventure, it ends on a rather philosophical note, rendered all the more poignant in the midst of this  pandemic.