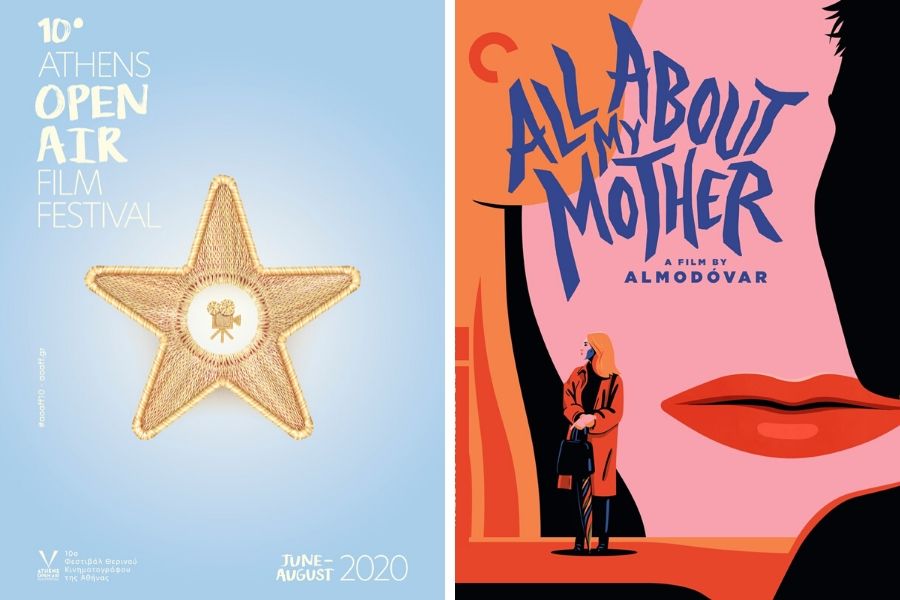 Sherri Moshman-Paganos recommends watching iconic films in epic settings as the perfect salve for our confusing times. If you’ve ever wanted to see Alfred Hitchcock’s classic film “Rebecca” against the backdrop of the Temple of Olympian Zeus, you can do that this summer. The 10th Athens Open Air Film Festival has officially started! One of Athens’ most loved summer events, this festival is making a lot of cinephiles happy just by its existence, that it’s not being cancelled like so many other events or held “virtually.” The festival nearly didn’t happen, according to an organizer, who admitted that it isn’t exactly like film festivals of other summers (this year for instance has many fewer films) “but nothing now is like other summers.” 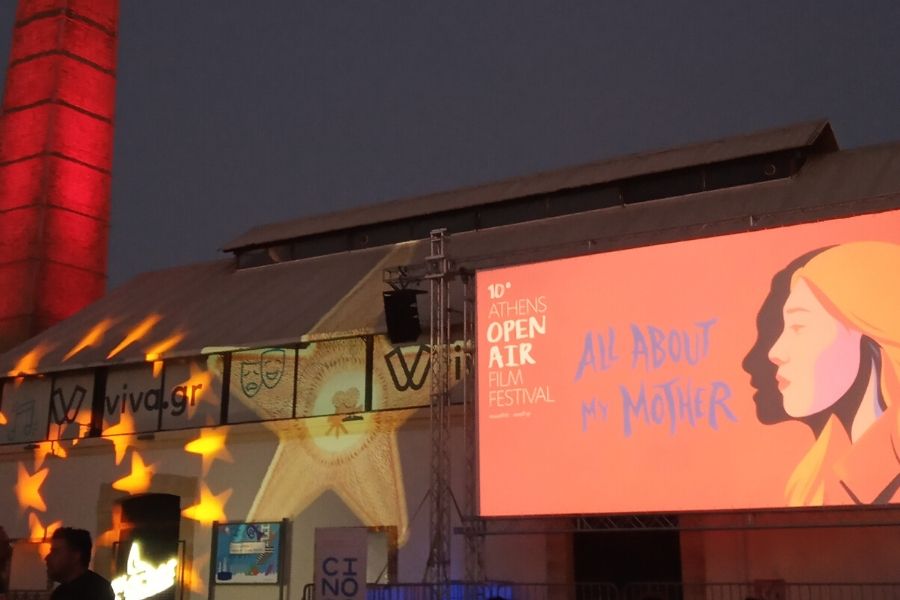 The philosophy of the open-air film festival, which began in the summer of 2011, is to highlight some of Athens’ most iconic monuments, squares, gardens and other historic open-air cinemas, using them as backdrops for film greats. Last year, for example, the festival began with Fellini’s “Amarcord” in the Roman Agora. For the mysterious and atmospheric “Picnic at Hanging Rock,” there couldn’t have been a better setting than the “Theatro Vrahon” so as we sat looking at the rock in the film, behind us loomed the actual huge craggy rocks of the theatre. What a way to draw us into the film. 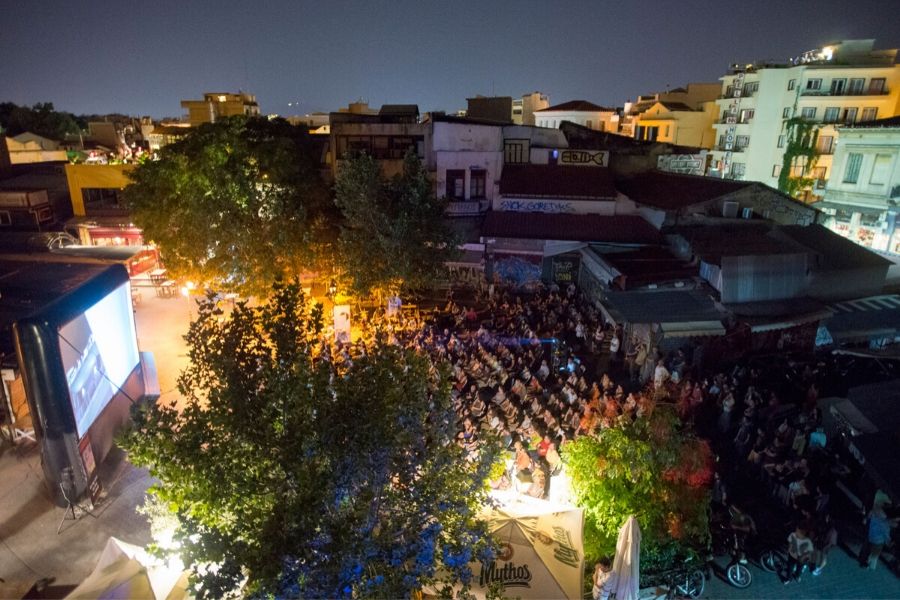 This year the festival began with three films three nights in a row at Technopolis, among the chimneys of the old Athens gasworks, now a popular arts and culture area. Technopolis has the advantage of being a very large space, so you can more easily “social distance” the chairs, as we saw the 2nd night of the festival for Pedro Almodovar’s film “All About My Mother.”  The plastic white chairs were set out in lines, some single, some double, a good two meters from each other.  Whereas in the past, you just walked into the venue and found a seat (not always easy), now you join a line to go in as much as two hours before showtime and get your ticket – that has this year’s poster, a “boulevard of fame” theme, a gold star of congratulations for 10 years. Technopolis has an empty feeling; all the exhibitions, clothes and jewellery vendors are gone, along with the street food vendors. No sign of the restaurant in the sky. The stage, usually set up for the Technopolis jazz festival in June (which didn’t happen) is disassembled and a screen put up for the films. There’s just a small café area where you can buy beer and popcorn. The audience seems happy. I see lots of smiles, talking with friends, waiting for the sky to darken and the film to begin at 9:30. It seems almost “normal,” except for the distance of the chairs, the ushers wearing masks and the note on the program stressing that all the protective measures of public health are strictly enforced. 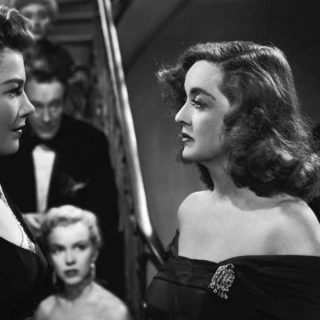 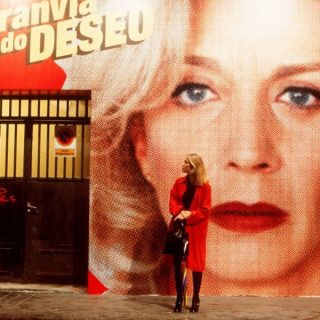 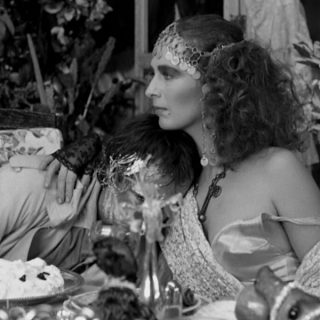 This year, besides the films, as you wait (since you have to go early to queue), every night there’s a DJ with a playlist inspired by the featured film.  As we faced the screen, to the right, a grey Volkswagen van with the top up was parked, with the radio station “Pepper” written on one side. The first feature, Tarantino’s “Jackie Brown” inspired music from “Kill Bill,” “Pulp Fiction” and other similar soundtracks. I’m not sure what music was inspired by the 3rd night feature, the cult film of all cult films, “Rocky Horror Picture Show,” the longest-running feature of all time (playing in New York since 1975.) For Almodovar’s film, as we entered Technopolis, we could hear strains of  “Hernando’s Hideaway Ole!” and then “Baby Elephant Walk (where did they find that?) and an international nostalgia-inducing list of songs: “Como te voy a olvidar,” “la mer,” and voices out of the past:  Perry Como! Joe Dassin! Harry Belafonte! Nina Simone, etc. This was surely one of the most pleasant waits we’ve ever had for a film to start. 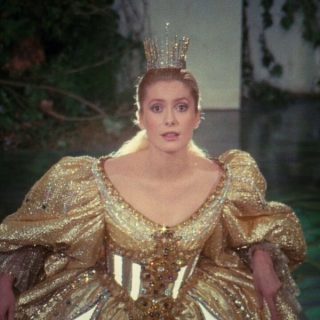 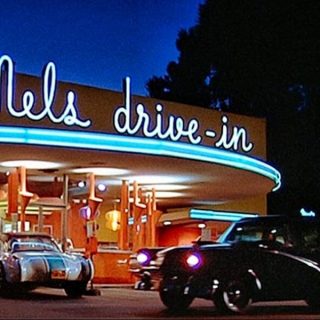 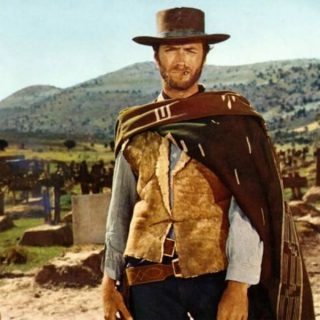 The Open-Air Film series, cosponsored by “Nychtas Premieras” (the same organization that sponsors film premieres in the fall) and the City of Athens Cultural, Sport and Youth Organization, has used around 35 different venues around Athens over the years.  Some of them are beautiful but have proved too small, for example on Dionysiou Aeropagitou across from the Acropolis museum or the lovely garden of the Numismatic Museum, as they’re impossible for social distancing. Some places are used year after year like the Byzantine museum garden.

This year something new was added in the film series: a drive-in movie feature on the hill of Lycabettus. A drive-in! I thought I’d never see that in Athens — though a vintage style drive-in cinema is open at the Glyfada Golf Course this summer. Tickets for the Lycabettus evening, which had to be done electronically, were gone early.  Don’t worry though, other films are coming up. You can check out the programme here. aoaff.gr

So, settle back in your socially distanced chair and enjoy the film, the backdrop and the night under the stars.

Shedia offers hopes and homes to Athens’ most vulnerable