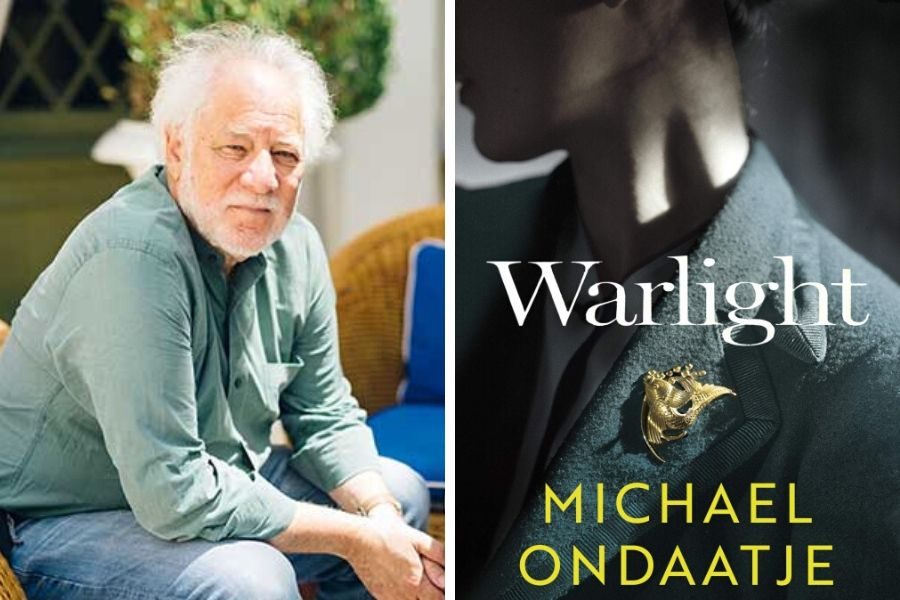 Michael Ondaatje’s new novel, Warlight (shortlisted for the Man Booker and the Walter Scott Prize), opens with a scene where Nathaniel Williams is crouched over his desk, trying to pull together the threads of his fractured adolescence and declares, “As if I cannot see what is taking place in the dark beyond the movement of this pencil. These feel like moments without context.” Not unlike the confused emotions, we are all experiencing as we crawl out of Lockdown. Excerpts from a 2017 interview with the award-winning author of The English Patient. Michael Ondaatje speaks to Amanda Dardanis about why he believes in breaking all the rules …

“I tend not to believe that stuff,” Canada’s most celebrated male author Michael Ondaatje waves his hand dismissively over an industrial-sized frappe, as we seek refuge in the air-conditioned lobby of the Royal Olympic Hotel this steamy June morning. We’re talking about the giddy superlatives that season most critical reviews of this blue-eyed, Sri Lankan-born writer and poet’s unconventional oeuvre (the most famous being his 1992 novel “The English Patient”, for which he won the Booker prize, and which of course, went on to become an Oscar- winning film).
A literary treasure who can’t stop making one-of-a-kind books. A risk-taking writer whose artistry and aesthetic have influenced an entire generation of writers. Ondaatje conjures images that pull strangers into the vivid rooms of his imagination… 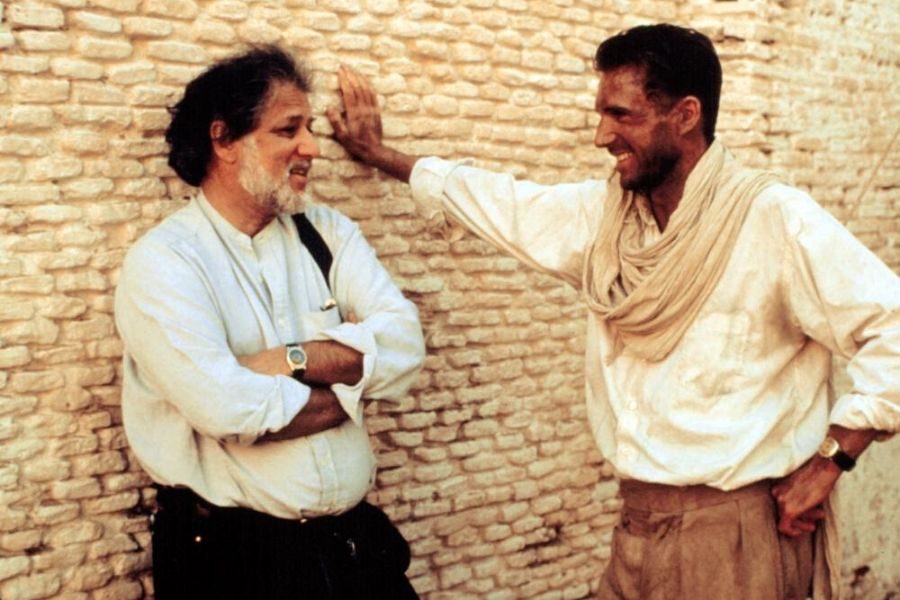 And on it goes. It’s just a sampling of the high praise that’s followed Ondaatje during his prize-littered career. Aside from the Booker, he’s also received the Companion of the Order of Canada (one of the country’s highest honours), and countless other distinctions around the world.
Ondaatje has authored four collections of poetry including The Collected Works of Billy the Kid (his breakthrough work of 1970) and The Cinnamon Peeler ; while his fictional titles include In the Skin of a Lion, Anil’s Ghost, Divisadero, and The Cat’s Table. His non-fiction works include The Conversations: Walter Murch and the Art of Editing Film, which merges the 73-year-old’s love of literature with his passion for filmmaking.

Ondaatje’s books are a contagious blend of history, myth and memoir, while his name is often mentioned in the same breath as that other Canadian literary supremo, Margaret Atwood.
As a writer, Ondaatje goes wherever the story takes him; untroubled by form or the fact that it may often take him half a decade to get there. He describes his work as “Cubist”, set apart from the linear. There’s an intriguing duality too in both his writing and public utterances – a tangling of his Eastern origins with his Western education (Ondaatje left Sri Lanka, then Ceylon, for England as a young boy, then later attended university in Canada).  A devotee of quintessentially English poets like Robert Browning, Ondaatje carried one of Browning’s quotes around in his wallet for years until he lost it. It read: “What we do when we write represents the last of our childhood.” And yet, his own best works are firmly rooted in the narrative traditions of the East.
Spalding, has tackled themes as diverse as the New Orleans jazz scene at the turn of the century, the Sri Lankan civil war, and the first immigrant settlers in1940s Toronto. He’s here in Athens for a few days to promote the Greek release of his 2011 novel, “The Cat’s Table”, a book that relates the coming-of-age journey of an 11-year-old boy who spends three weeks on a boat traveling unaccompanied from the island state of Ceylon to England in 1954 to meet his mother. It’s a formative experience that Ondaatje has adapted to fiction from his own early life. Somewhat tellingly, he describes the story as “a little more innocent”, than some of his other books. 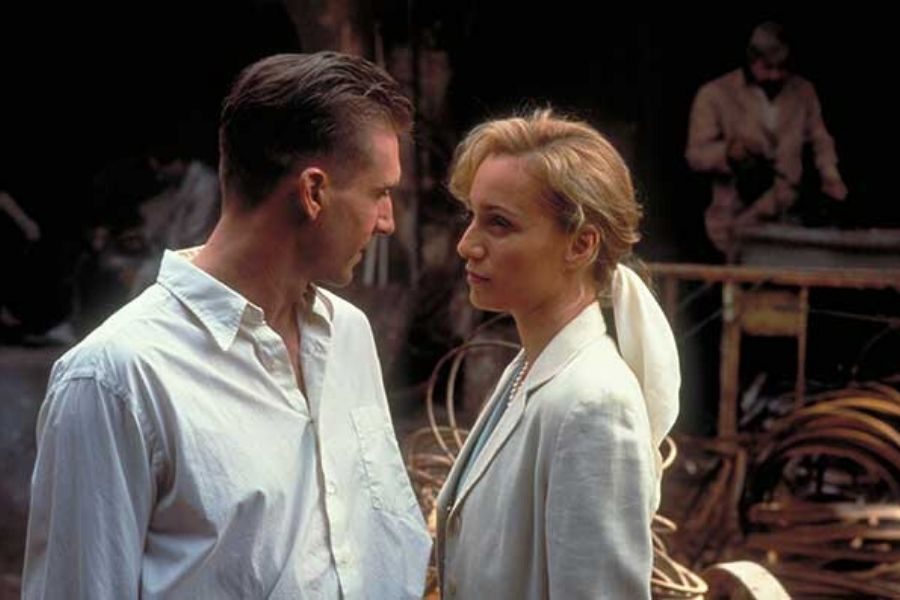 You’re an accomplished poet, award-winning author and film-maker. You would have made a great Renaissance Man! Are there any other artistic talents that we should be aware of?

Well, I was also a sculptor in my youth. No, no. I’m only joking. I never wanted to be a sculptor, but I did always want to be a piano player.  In particular, to play Fats Waller. And I’ve always threatened that I’ll stop writing one day and learn how to play the piano – but I’ve never done it. I’d also like to be an illustrator on historic novels like Robert Louis Stevenson’s “Kidnapped”.You famously reject the “typical western narrative” in your novels.

How do you consider that the conventional story structure straitjackets the novelist’s creations?

Well, I’m a big reader of all kinds of western narratives but after a while, you recognise the pattern of the dance steps a little too much. If you know what’s going to happen, then why keep reading, you know…I find the world much less chronological then most novelists pretend it is. How the plot derives and emerges and ends doesn’t necessarily go from A-Z.

How did your life change after The English Patient?

Not as much as it could have done. I just carried on writing. I wasn’t out partying in L.A. for months at a time. As a writer, you can still retain your anonymity to an extent. What was nice was that these famous actors (Ralph Fiennes, William Dafoe et al) were out there doing the publicity for me. I’d liked to have hired them for the rest of my life!

Was there anyone person in your youth who first awakened you to words, in a “Dead Poet’s Society” kind of way?

Absolutely. When I came to Canada, I had a great English teacher at University and he was fantastic and a real ham. He’d read a poem by Robert Browning and the bell would go off and he’d leave the room with these grand flourishes. He wanted to be a dramatic poet like Browning. I wasn’t very good at school and there were people like him who had faith in me whose memory remains very special to me.

In 2015, you were among the group of high-profile authors who boycotted the PEN American Center Literary awards, over their decision to award a Charlie Hebdo tribute. Why did you believe it was so important to make that statement?

Well there were other writers such as my good friend, the Australian author Peter Carey, who were much angrier about it than me. There were 5 or 6 of us who decided simply not to go to the event… and that was taken as this big about face. It’s a very complicated thing and one doesn’t want to simplify it. What happened to the staff at Charlie Hebdo was horrific. But PEN is a very political organisation and also a very conservative one – or has been in the past. I felt they were celebrating a magazine that a lot of people believed was very racist. To honour someone like Chelsea Manning would have been much more valid in my opinion – and that’s not to say anything disrespectful about the death of these guys. 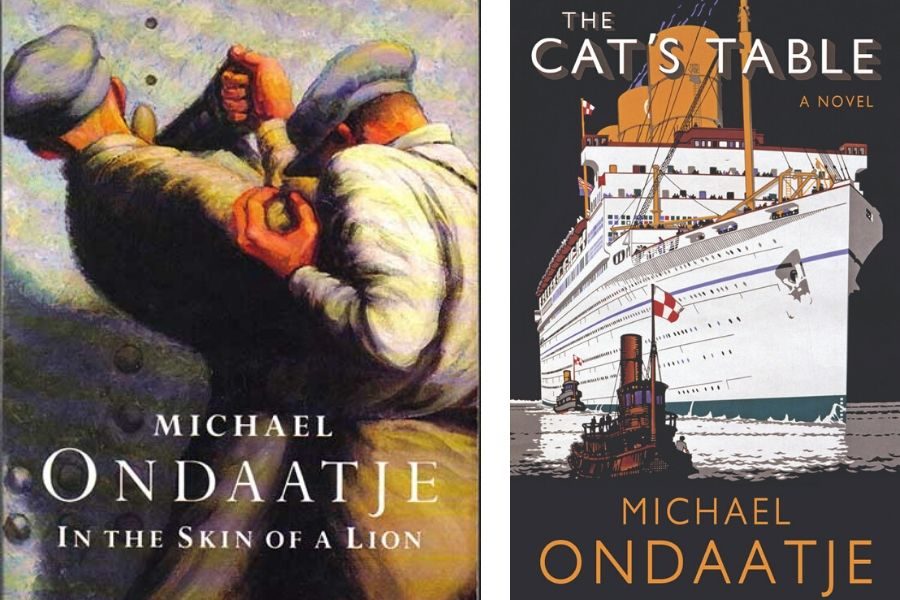 Do you feel more of a pull to fiction, poetry or filmmaking these days?

If you’re going to do something well, do the one thing. As a younger writer, I wrote only poetry. Now I write poetry and fiction. But in my works, they both overlap and influence each other. For quite some time, I did want to make documentary films and I’ve made some that I really enjoyed (some of Ondaatje’s film credits include The Clinton Special and Carry on Crime and Punishment). But there’s a lot of lugging around of things and travelling involved and you know, a lot of it depends on other people. As a writer you can say, I’m going to write a novel about a cat. And no one’s going to say a thing about it.

You’re clearly someone who responds to the call of history – all of your major works, including The English Patient, have been set in past. Any desire to tackle a contemporary novel one day?

I’m sure I will someday. But I’m not sure yet what it would be!

Many Canadian writers previously suffered cultural cringe and avoided setting stories in Toronto, believing the city didn’t offer enough grit. Yet your brilliant 1987 novel “In the Skin of a Lion” has been hailed as “the greatest prose poem ever written to Toronto”.

Well, it’s okay now, but it took awhile. For a long time in Canada going back 20-30 years, no one wrote books set there. You could write a book about Delhi; but you couldn’t write a book about Toronto.  At first, if you proposed such a thing, people would say “What are you doing?!”

Two of my favourite contemporary novels about Greece include two book of poems written by the late American poet Jack Gilbert, Views of Jeopardy and Monolithos ; and Rachel Cusk’s Outline (a novella about a woman teaching a writing course in Greece who acts like a cipher for the lives of the people she encounters there).

Was it a challenge writing in the voice of a youth in The Cat’s Table while actually being in your, how shall we say, “autumn years”?

Not necessarily. I enjoyed writing from the point of view of a youth. Because what’s interesting to me is that on one level they are very perceptive about how people behave towards each other. But at the same time, they don’t know a damn about what’s really going on. Sexually or politically. He doesn’t understand what’s really going on but on another level he understands completely and is very focused on human nature. 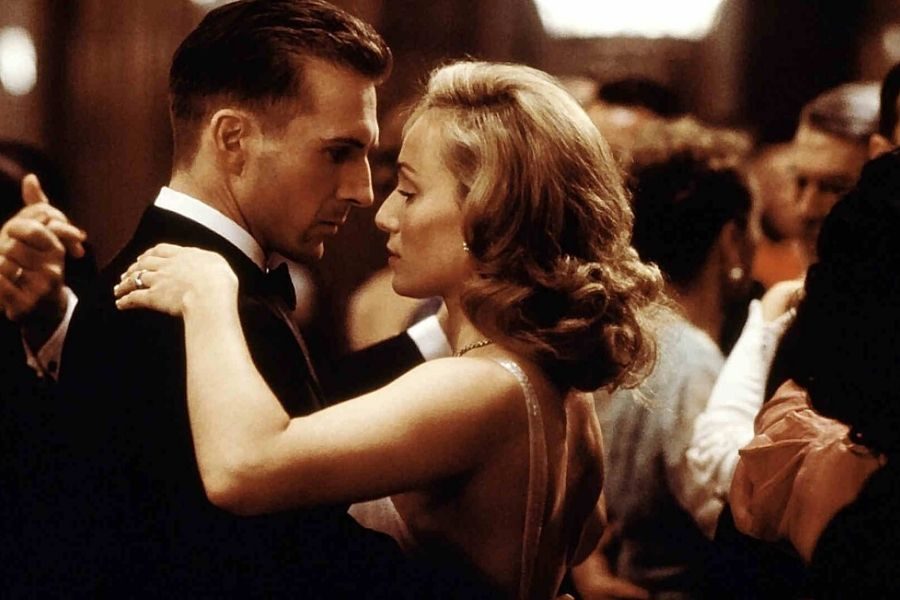 My book was written before all of this started to happen. But this whole idea of home and how people move from one country to another is very
essential to me. Not just the boy of this story – and the other social “misfits” who sit with him around the Cat’s Table on the boat each night – but all immigrants everywhere.

Your childhood and adolescence was cleaved between Sri Lanka, England and Canada and you have described yourself as “a mongrel of place, race, cultures and genres”. Has this theme of a fractured childhood bled into your work?

Oh utterly. The main legacy is that I have a sense of the world as a whole as opposed to just the one point of view.

Paperback. And what’s really interesting about how we are returning to more authentic experiences now is that many publishers won’t do abridged audiobooks anymore. Some of them are even reinstating the whole original text. I think the public wants it. They’re fed up with getting the twenty-minute version of “The Waves” (Virginia Woolf’s experimental 1931 novel).

In the Cat’s Table you write: “In Sri Lanka, a well-told lie is worth a thousand facts.” And you once described being raised in Ceylon’s oral tradition of “tall stories, gossip, arguments and lies at dinner.” Do you think there might be a cultural parallel there with Greece and our own fondness for rhetoric, drama and exaggeration?

Perhaps that’s true! There’s a great Irish poet I once read who described some mighty battle going on between two farmers in a field. In his poem, he compared them to Ancient Greece and wrote about how “all of the Trojan War was just a row”.