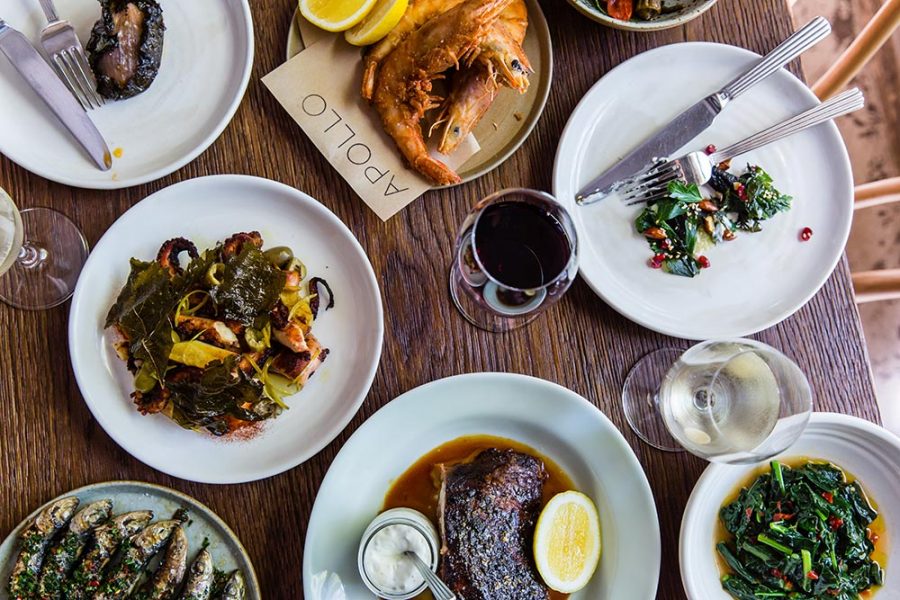 To be an Ambassador for Greek food abroad, it’s essential to do it right.  The most successful overseas Greek culinary ventures have one thing in common: they’ve all managed to import the most defining elements of Greek Gastronomy. Authenticity. Hospitality. And a relaxed “live-to-eat-not-eat-to-live” ethos. Amanda Dardanis goes beyond the picture-menu clichés to hunt down five outstanding Greek Gastronomy outposts that are leading the pack when it comes to spreading the pure joy of Eating Greek around the globe. 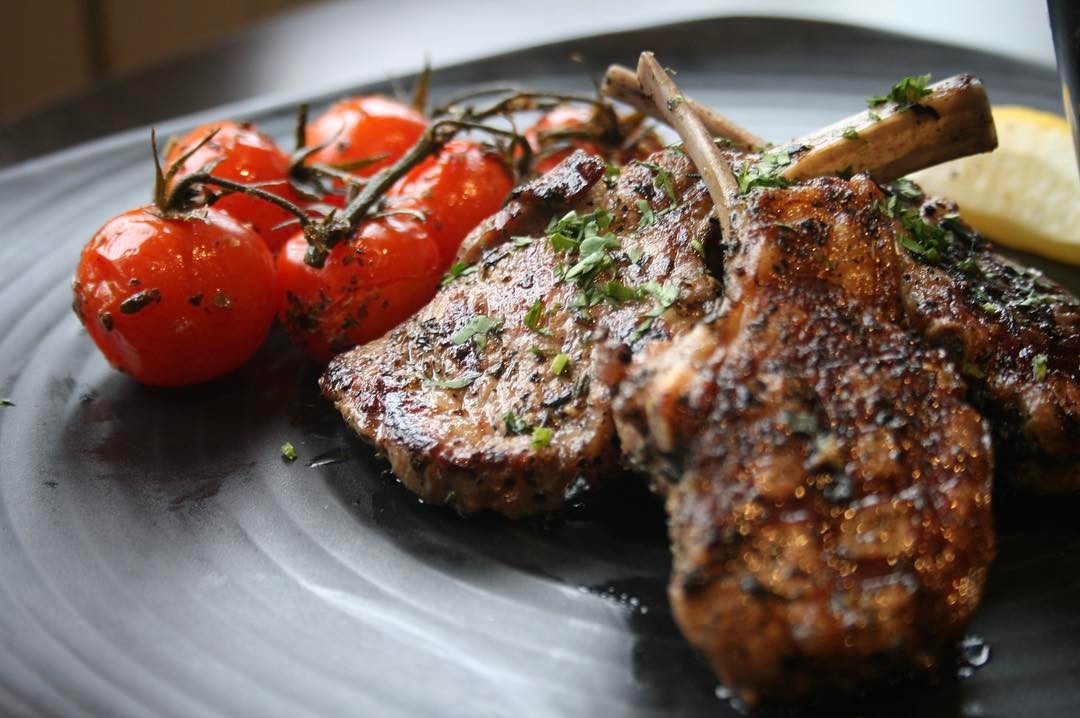 Don’t let the super-chic décor of this newly-rebooted Greek restaurant near Hadley Wood station in South East London fool you.

Beneath the elegant black and white furnishings and the classy white orchid garnishes, Thymari conjures up “kefi”  – that quintessentially Greek word that loosely translates as “infectious high-spirits”- by the truckload.

The new Thymari (it means “thyme” in Greek) is run by the delightful Christina – an ex-City trader who wanted “out” of the rat race – and her equally convivial partner Paul. It’s only been operating since November but Thymari has already garnered all-star ratings not only for its flavoursome and hearty food; but for its brilliant (and family-friendly) atmosphere and consistently excellent service. If you don’t believe us, check out the love-bomb reviews on Trip Advisor.

Repeat customers find it hard to move beyond the meze – or pikilia – shared tasting platters, especially the grilled meat one, which is a real cut above your average Greek restaurant. It includes chicken souvlaki, pork souvlaki, lamb cutlets, home-made sheftalia (traditional Cypriot crepinette of minced pork, onion and herbs), sausages and Halloumi, plus a trio of 3 tasty homemade dips. There are also plenty of seafood and vegetarian options on the menu.  Thymari is one of the best places in London right now to sample Greek-style octopus too. Not always the easiest dish to get right, Thymari’s version is the result of a “unique cooking process” and is delectably succulent and tender. 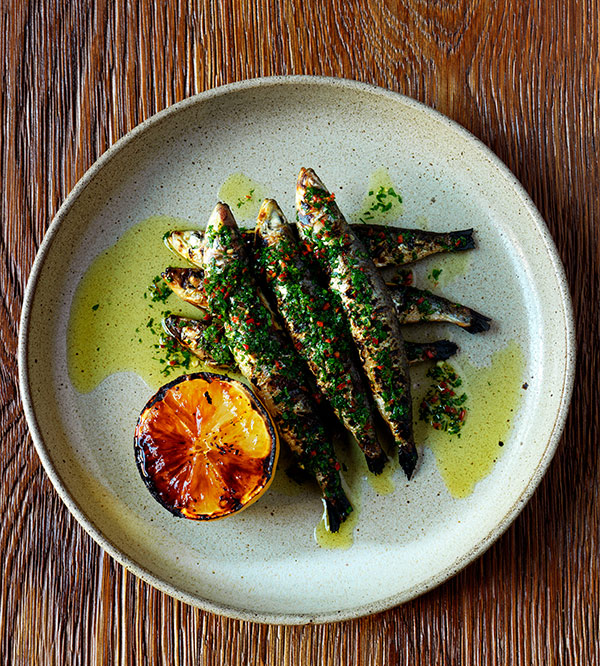 Dining out is Big Big Business in Australia – and Sydney has truly earned its global stripes as a Foodie’s Nirvana. It’s a tough crowd though. To stay on top of your game in Down Under’s most famous city, with its ever-evolving landscape of hip, masterful, and inventive gourmet offerings, is no easy feat. Since opening five years ago in fashionable Potts Point, (picture a petite slice of Paris with tree-lined streets and whimsical art deco dwellings), the Apollo has made its mark as the food critics’ firm favourite when it comes to going Greek.

Apollo is the venture of Jonathan Barthelmass, one of Sydney’s dazzling crop of exciting young chefs. The restaurant shines at dishing up rustic food that’s also sort of arty (exhibit A: their Kritharaki pasta braised oxtail and tomato skordalia bake), coupled with an excellent wine list full of clever local and international choices. (We were most pleased to see a couple of wonderful Greek sparkling wines from Florina and Peloponnese feature).

Apollo ticks all the other right boxes too. There’s the cool industrial decor: rough concrete and marble with a subtle shock of colour. A light-flooded interior, thanks to outsized cathedral windows. (Architect George Livissianis wanted a  “dusty, engagingly simple setting” to mirror the Greek landscape.) There’s the beautiful staff as well who look like models but behave like helpful friends. Be warned though: Apollo doesn’t take small table bookings and is rammed full every night. Sydney’s hottest Hellenic outpost has also launched last year in Toyko.

When it comes to foreign-flavours, India has hundreds of Italian, Arabic and Chinese restaurants to choose from. But traditionally, not a lot of Greek options. It’s a shame given India’s sizeable vegetarian population (and how prominently vege dishes feature in Greek cuisine).  However, this state of affairs is slowly changing as Indians become more health-conscious, seeking out grilled dishes or those cooked in olive oil.

Mykonos Café and Taverna is one such recent arrival that’s awakening the tastebuds of New Dehli to good, honest, Mediterreanean fare. A cutesy little place that looks like a Cycladic village courtyard straight from central casting (their pretty courtyard is pure Mamma Mia!), Mykonos set up shop several years ago in the popular Safdarjung Enclave Market – close to the embassy. It’s been a great hit with the diplomatic set, fashionable young Indians. And anyone looking for a relaxed and affordable window into authentic Greek cuisine.

The menu isn’t flashy. It’s exactly the kind of meal you’d expect to get at that trusty island taverna you returned to three nights on the hop on your summer holiday. No, the true treasure here is host-with-the-most Anastasia. She is clearly in love with Greek food and will sit down at your table to explain each dish in detail – and advise you on what to order. The Greek “horio” background music makes a nice touch too. 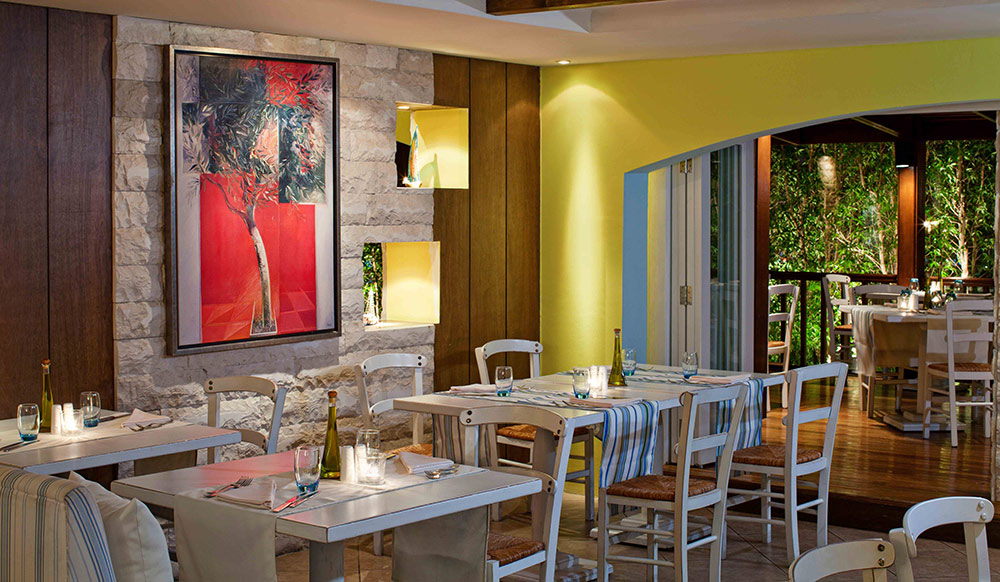 Elia Restaurant is a rare Greek gem amid the hectic Dubai whirl. It also pulls off the trick that any decent Greek gastronomic outpost should be capable of. With its potted olive trees, summery blue-citrus décor, and friendly, laid-back vibe, it yanks you straight to Greece.

Located past the teeming lobby of the Majestic Hotel Tower, the fetchingly-casual Elia is that perfect cliché of “a calm oasis”. Its Greek proprietor and Chef Yannis Baxevanis cooks like your mama but with a master’s degree. Baxevanis gives Hellenic classics intriguing modern spins: there’s the standout seafood yiouvetsi, and a fried halloumi with cinnamon and orange chutney. There’s also a definite Cretan nod going on: wild green pie with mizithra cheese and Cretan herbs; chestnut and mushroom stifado.

Most nights, Baxevanis can be seen doing the rounds to gather customer intel. He’s also an active practitioner of the Greek “kerasma”  tradition – where diners are gifted sweet treats at the end of their meal (in our case, loukamades with honey and Mastiha flavored ice cream). It never fails to charm. Our advice? Go native and order a medley of share plates to linger over out on the lovely terrace. And whatever you do, don’t skip on the heaven-sent fresh walnut bread served with kalamata olives. 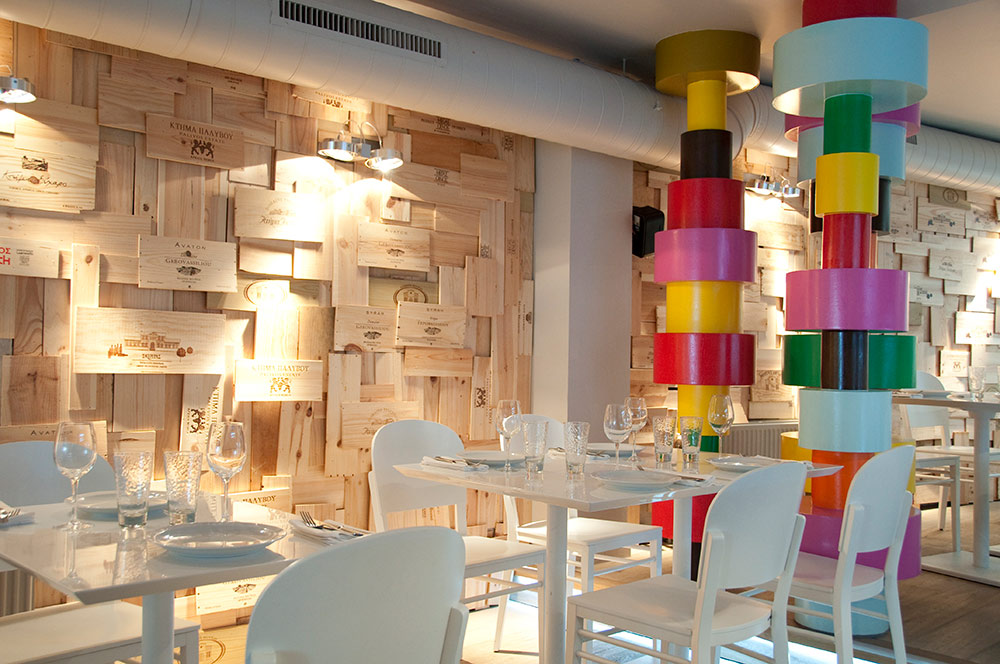 Close to Brussels’ trendy Dansaert pocket awaits a Greek gastronomic experience that could hold its own amongst Mykonos’ finest. In fact, Strofilia Restaurant and Cellar has a knack for photogenic plating that even Gordon Ramsay would find difficult to fault. But while the look of the food is thoroughly modern, the tastes are reassuringly traditional Greek: chicken with red wine and pasta; grilled pork and veal meatballs with cumin and yoghurt; a commendably creamy fava with onions, cherry tomatoes and capers.

It’s all quite pricey. And plates are not overly generous, especially if you‘re accustomed to regular Greek taverna portions. But the quality is superb. There is much else to “wow” you here too. Strofilia’s décor is an appealing mash-up of old and new. Witness the re-invented Doric columns in the loft-style dining room that resemble Playmobil towers; the vintage olive press parts ; and nifty wall tiles fashioned from dismantled wine crates.

Downstairs, the cosy vaulted cellar and dining space is a great drawcard and offers a completely different mood. You can also hire private dining rooms for between 10 to 80 guests to take the party to the next level!