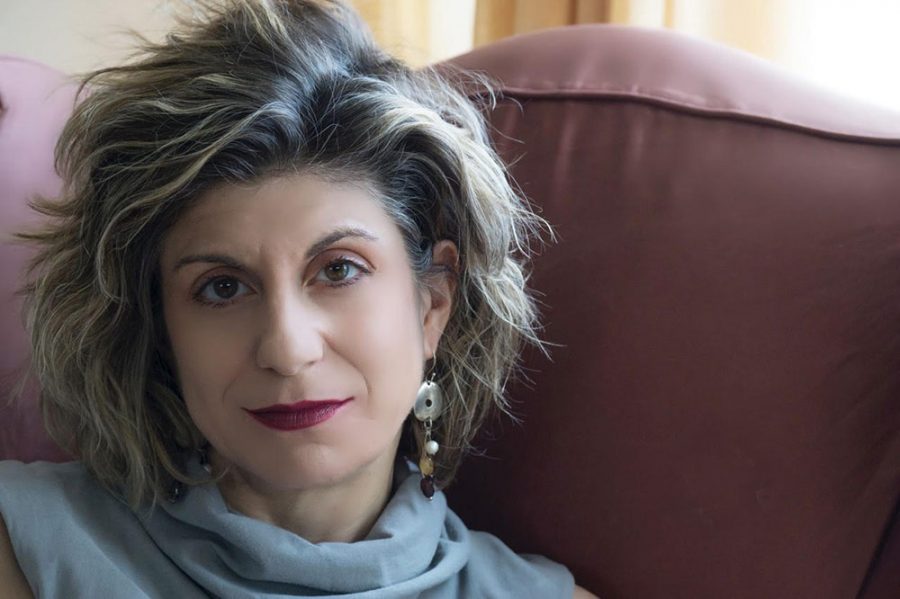 Greece is one of the world’s hottest emerging wine regions right now. Sofia Perpera, of New Wines of Greece, provides a masterclass in the Hellenic wine stars of tomorrow (and also recommends her best dinner party wine picks).

When did your love affair with the grape begin?

I have always loved wine. It was a part of our family table.

After school, I went to University to become a chemist but realized I did not want to work in a lab somewhere. Instead, I took a Master’s in wine, at the University of Bordeaux II, a degree in Oenology, and another in Wine Tasting. In Bordeaux, I became immersed in wine and my whole life has changed in many ways, since.

Could you give us an example?

Immediately, I became acutely aware of my sense of smell and afterwards, I could not eat or drink anything if I didn’t smell it first. A simple walk in the park or a hike in the forest became a sensory experience as tried to catalogue the fragrance of every flower, fruit and tree. Surprisingly, I see the same curiosity with my six-year-old daughter who already has a keen sense of smell.

What has been the single biggest change to have shaped the Greek wine landscape in recent years?

Entering the EU in 1981 changed everything for Greek wine.  Very quickly financial help became available and the wineries began taking full advantage of the opportunity to invest in the latest winemaking technology, rebuilding wineries throughout Greece. The second largest influence was that a new generation of Greek winemakers was emerging, often from families involved in viticulture, who left Greece to study at best schools mainly in France but also in Italy, the US and around the world. They returned home bringing their winemaking skills to work with the rich treasure of native Greek varieties, often from around their own villages and began experimenting and changing Greek winemaking, while trying to adhere to the maxim that wine is a food and an integral part of the Greek table.

Which countries are developing the biggest thirst for Greek wines?

The most promising market for Greek wine right now is the American market. According to recent Eurostat figures, wine exports to the US and Canada have increased in value by over 60%, between 2010-2015.

Millennials are now the largest wine consuming segment in the US. They are open to new varieties and spend more per bottle ($20+), according to a recent Wine Market Council report. And sommeliers throughout North America are one of the main reasons for the success that Greek wines are enjoying on mainstream wine lists. There’s no one better than the young, rising Sommeliers in the US and Canada to tell our story. These Sommeliers, who are always looking for something different and good, can offer their guests a wide variety of native Greek grapes. The difficult economic situation in Greece has actually been a stimulus for exports abroad, especially in the US and Canada, as the wineries have been compelled to concentrate their efforts in export markets.

What is the most popular newcomer on the Greek viniculture stage?

Greece is often recognized now around the world as one of the hottest emerging wine regions. There are some major varieties that have been leading the way, like the Assyrtikos from Santorini and other whites like Moschofilero and Malagousia. The most popular reds are being produced from Xinomavro in the north and Agiorgitiko in the Peloponnese.

Can you let us in on an unsung hero among emerging Greek wines?

I would say that Crete has probably made the most significant improvements over the last 5 years, especially, with many young and passionate winemakers upgrading the island’s wine production significantly. Cephalonia is also on the rise, although the production is still very boutique. Cephalonia has several unique indigenous grapes with Robola showing that it is one of the best white grapes of Greece. The Zitsa PDO in Epirus, is home to another Greek jewel, their Debina variety that shows a lot of potential for further development for dry and sparkling wines. Another grape still under the radar with a lot of potential is the red Limniona, found in Thessaly. Finally, one of the most under-rated white grapes, in my opinion, is also one of its most widely planted varieties, Savatiano. Previously, it had a less than positive image due to its use in many old-style Retsina wines, but now that it’s being managed in the vineyard properly, it is showing wines of high quality with some aging potential.

Which wines do you think deliver the biggest surprise to first-time visitors to Greece?

I believe that the white wines of Greece deliver the biggest surprise due to their mouth-watering acidity and expressive aromas: characteristics more usually associated with cool-climate wines from more northern wine regions. I always love seeing someone’s face when they first taste the bracing acidity and intense minerality of Assyrtiko wines from the volcanic soil of Santorini.

What is the Greek wine making industry’s greatest weapon in your opinion?

The large number of indigenous grapes, many which have been around since ancient times. These grapes have adapted very well to Greece’s unique microclimates. The Native white varieties have wonderful acidities that go well with a variety of international cuisines and support the new trend away from the over-oaked whites that have dominated the international wine scene.

Tell us your 5 year predictions for the Greek wine industry …

Current trends show that what people are really looking for are wines with distinct character that show a sense of place. Wines that could only be from one place, like Burgundy, Barolo or Santorini because of the ecosystem from where they are produced. Greece, because of its relatively low production, is being established as a boutique, premium winemaking region so that as the wines become more established, prices will begin to rise in export markets, which we are already seeing. Eventually wines, such as those from Santorini and some other regions, will be too expensive to be purchased by the Greeks in Greece, but sold in export markets where they are willing to pay the price. This is a good problem to have, especially for the growers, who will be making more for their grapes and taking better care of their vineyards.

Read the rest of the article →