Saffron Blooms: The story of the world’s most expensive spice 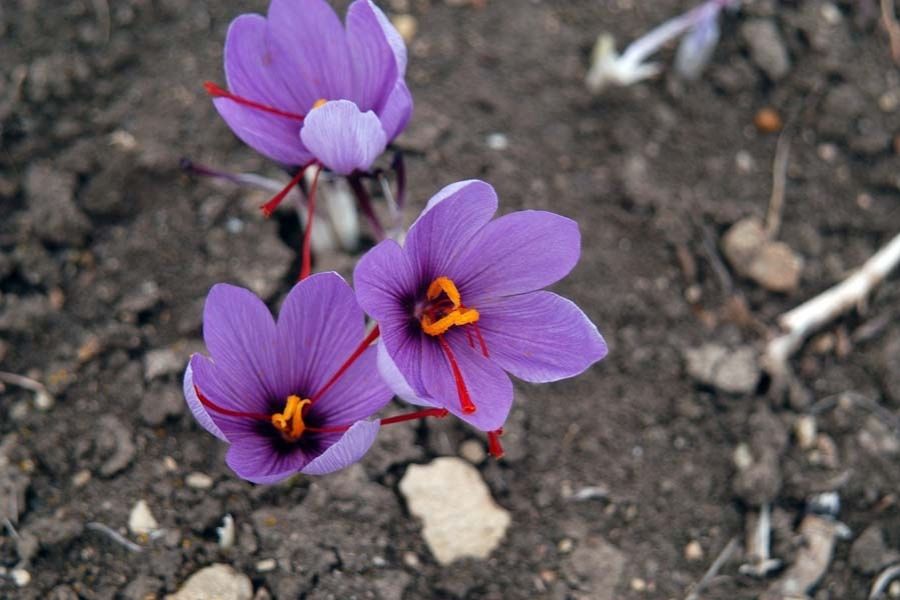 Precious things rarely come easy. Come October, the landscape of Kozani erupts into a purple carpet of saffron blossoms. Behind this glorious spectacle, however, lies weeks of back-breaking labour to transform this most fragile of flowers into the world’s most sought-after spice.

Driving north in October on the Greek mainland from the Aliakmonas reservoir towards Kozani in western Macedonia, the unremarkable landscape of sparsely covered, low-lying hills suddenly erupts into a surreal tableau: A patchwork of violet fields spreads out beneath massive pylons; smoke from a distant power plant swirls overhead.

As you approach the fields, you see figures stooped over in obvious, but deliberate, activity. The purple is a carpet of thousands of tiny crocus blossoms, the flower whose stigmas give the world its most expensive spice, saffron, and at this time of the year the laborious, back-bending harvest is at its peak. 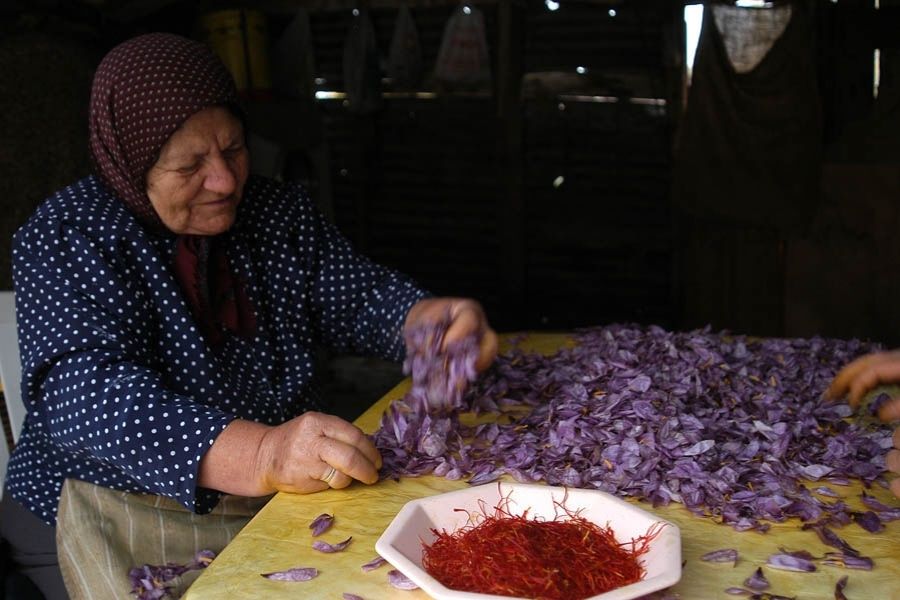 The northern Greek prefecture of Kozani is one of just four regions in the world where saffron is grown, and Greek saffron, called Krokos Kozani, or saffron, or zafora, with its ruby-rich color—the most important criterion in judging the spice’s quality—and pungent aroma, is among the best. The deeper, more saturated the color of saffron the higher its quality.

Kozani is a small, provincial town renowned as much for its marble as for its saffron, with a climate especially conducive to saffron harvesting. Warm, rather humid summers, and cold, rainy winters, coupled with soil rich in organic materials, are what make Kozani ideal for the cultivation of the crocus. 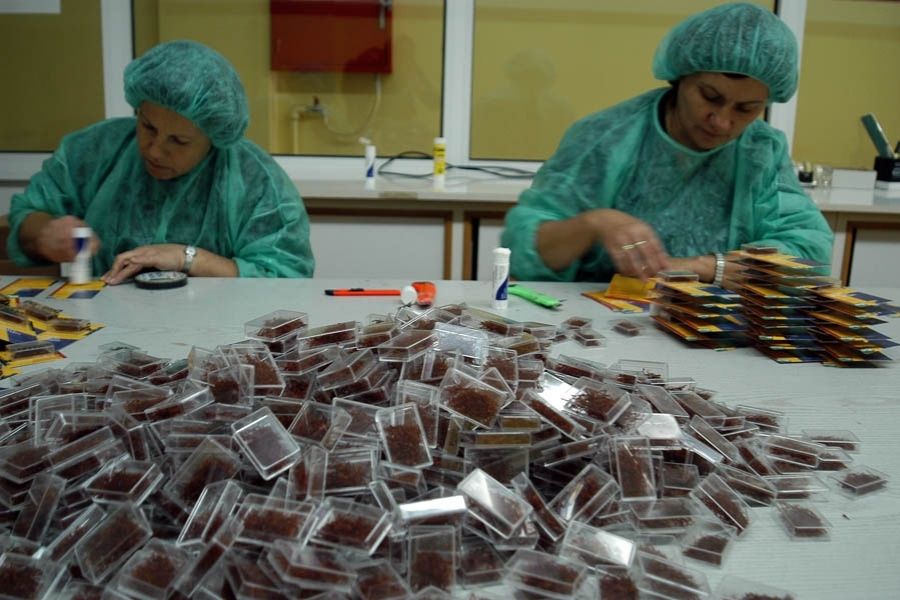 Saffron may be the world’s most expensive spice, but it is also one of the most fragile and labor-intensive to produce. An acre of land will hold about 150,000 flowers, but these will yield little more than a kilo of saffron. The blossoms then have to be hand-picked and their stigmas carefully plucked and sorted. The entire process is extremely arduous, and it requires nimble hands. 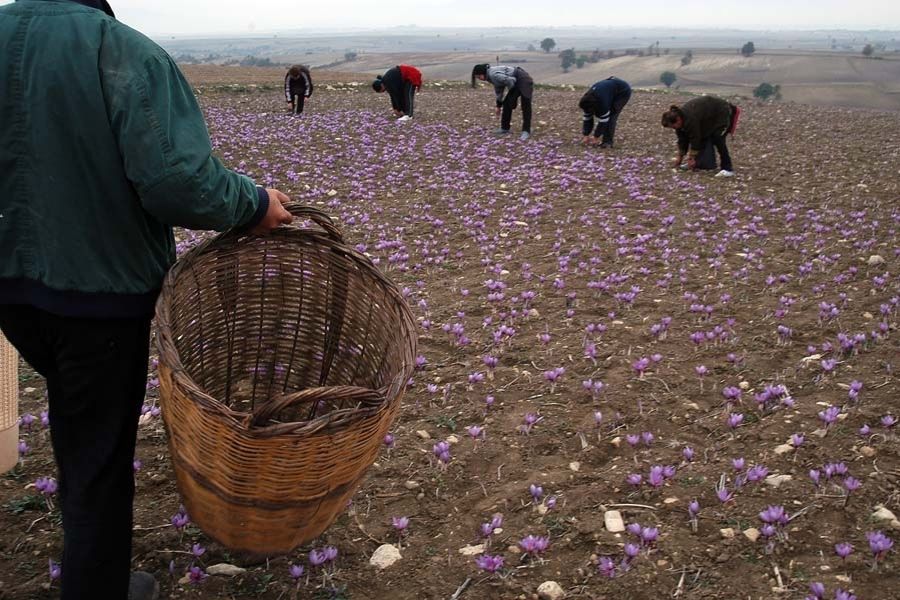 Saffron, like all crops, has its cycle. Crocus bulbs are planted in summer, and Kozani farmers plant between 800 and 1,000 bulbs per acre at about 10 centimeters (4 inches) apart; a single bulb produces as many as six or seven flowers, or 18-21 stigmas. Bulbs must mature enough to produce flowers, but not be too old so that they’ve passed their peak. Once in the ground, the plants require little care but lots of patience as yield in the first couple of years is low, then peaks in the sixth or seventh year.

After eight seasons, the bulbs are uprooted and the soil is left to rest for at least a year before other crops can be planted on it. It takes about 10 years before new crocus bulbs can be planted in the same ground. 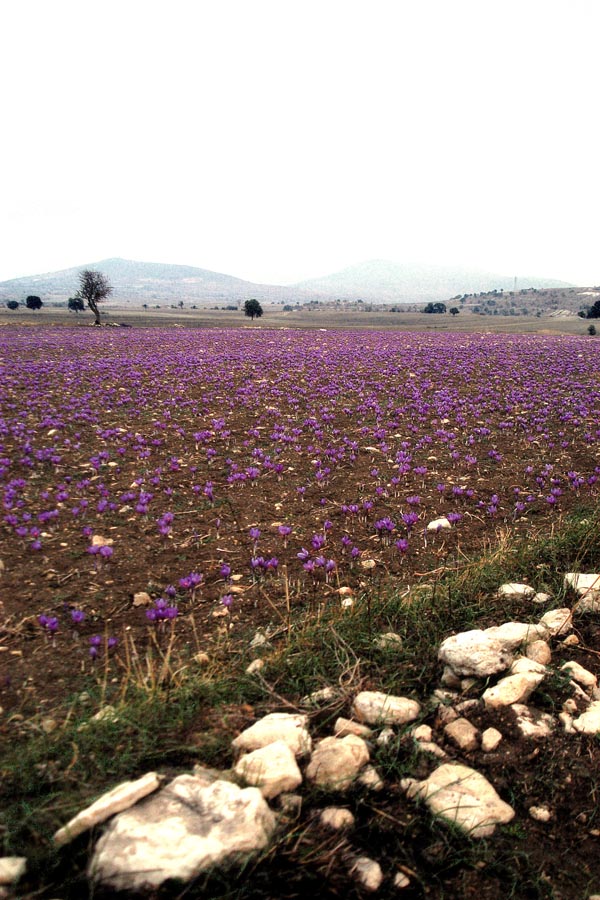 The crocus flowers begin to blossom in mid-October and the harvest usually continues for three or four weeks. During this time, all other activities in the saffron-producing villages come to a standstill.

During the harvest, saffron takes over the life of Kozani and its environs. The flowers must be picked immediately, then the stigmas—the red, thread-like distal ends—plucked off and set aside, to be processed when the harvest is over. Then, the stigmas are picked clean by hand, and sorted, an occupation that fills most winter evenings. 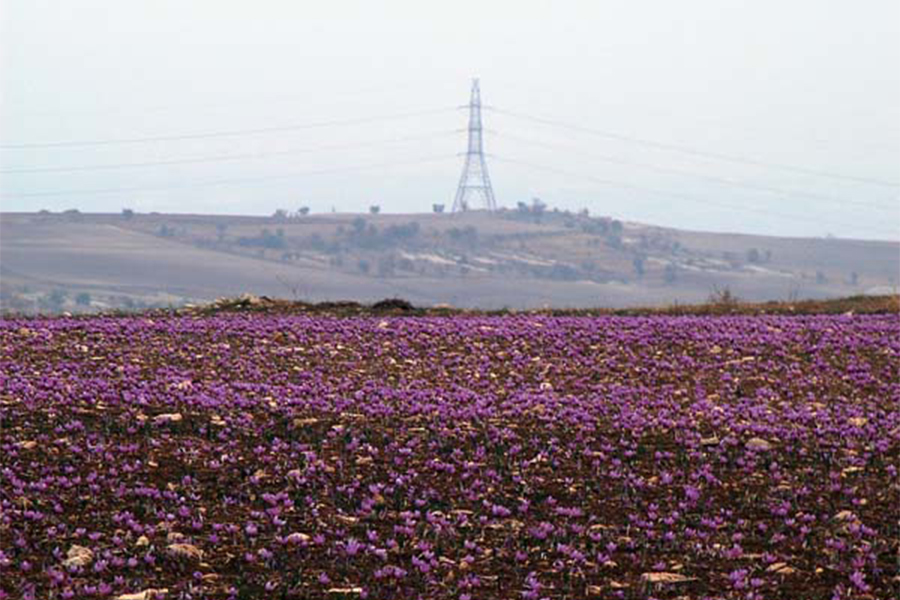 The delicate work of cleaning and sorting is done mainly by women, whose hands are smaller, lighter, and defter than men’s. Rough handling will bruise the fragile spice, which, in turn, will damage its highly-prized color. Through the years, saffron producers have tried to lessen the amount of manual labor required, but all their ingenuity and experience have only yielded a single short-cut: home-made blowers for drying the flowers so the stigmas can be removed.

Saffron has a long history in Greece. It is thought to have originated on the coast of Asia Minor and it was known to the ancient Greeks, who used it as a flavouring but also for medicinal purposes.

The crocus plant is depicted in the colorful murals decorating Minoan palaces. There are also several references to the plant in the writings of Homer as well as mentions by Hippocrates and Dioscorides. 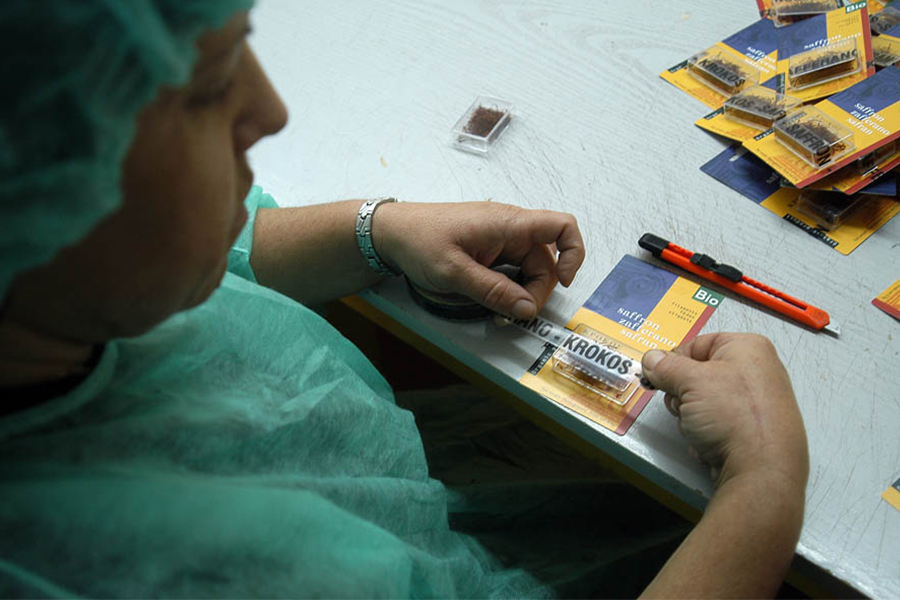 Legend has it that the armies of Alexander the Great used saffron as an antiseptic. During the Byzantine Empire, saffron began to fade from the Greek larder and pharmacopoeia, although it was used as a cosmetic and dye and is still one of the 57 ingredients of the Holy Chrism, a sweet-smelling unguent priests use to anoint the faithful during various rituals in the Greek Orthodox Church. Ironically, the spice may have been introduced into Europe via Greece early in the Crusades, but after it fell from use on Greek shores it took 400 years for the bulbs to find their way back. By Greek measures of time, saffron is a relatively recent commercial crop. It was introduced to Kozani farmers in the 17th century by local merchants who brought bulbs and samples back with them from Austria.

Despite saffron’s long history as a wild plant in Greece, its place in ancient cookery, and its 300-year presence in that purple patchwork of Kozani fields, the spice has only recently threaded its way into contemporary Greek cuisine. Up until a few years ago it was sold almost entirely in bulk to Italy and Spain, and in Greece it was mainly used locally in Kozani as a flavouring agent in distilled spirits or in coffee, although in the Cyclades and certain of the Dodecanese islands, where crocus has always grown wild, the spice is still a staple in golden Easter biscuits and rusks.