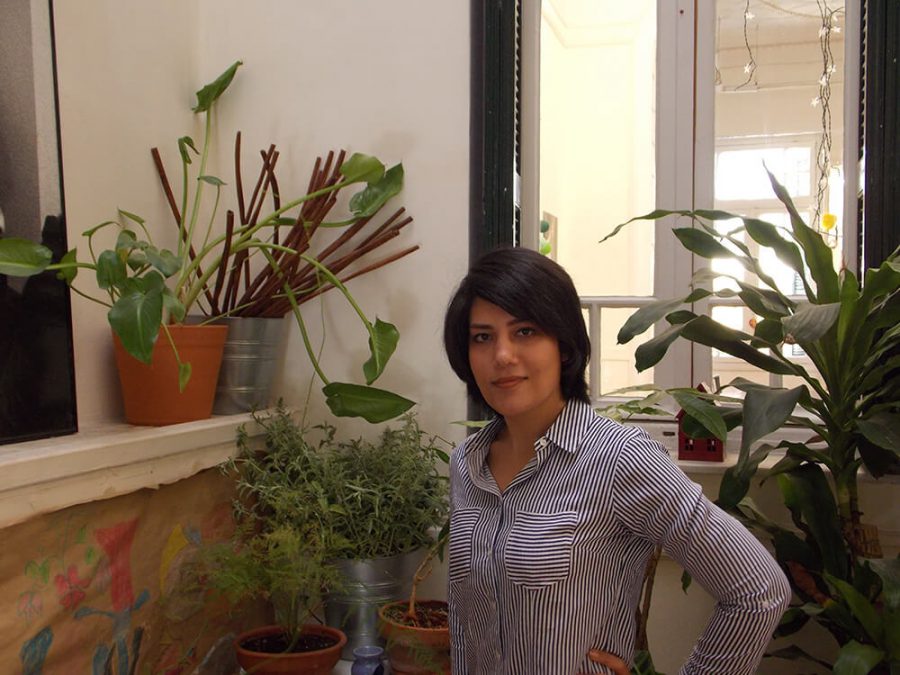 From Iraq to Morroco to Eritrea, the Athens 2018 Refugee Food Festival is bringing international flavours to Greek cuisine, promising a week of culinary experiments and cross-cultural discussion. Meet the six chefs involved in this year’s festival.

Participating for the second time in the Refugee Food Festival, Mahboubeh has been in Athens for three years and has been cooking for the NGO Melissa, where the other women refugees have come to demand her elaborate rice pilafs, garnished with dried fruits and nuts and perfumed stews flavored with cinnamon, mint, and pomegranates. Her mother, who was blind, passed on Iran’s rich culinary tradition to her from the tender age of 7 and Mahboubeh’s cooking reflects the saffron- and rosewater-scented history of Persian cuisine. Today, Mahboubeh’s reputation as a chef in Athens has grown considerably and she has a part time job cooking at a shelter for refugee girls in Athens. She also cooks as a volunteer to feed the homeless. 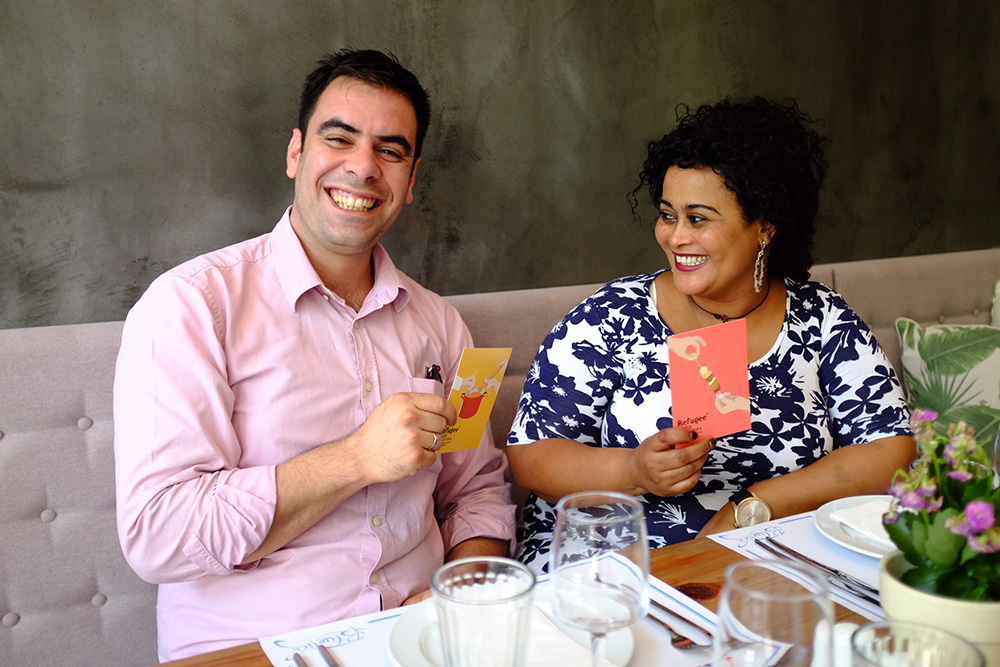 A larger-than-life personality, Seinat beams at the thought of being just one step away from opening her restaurant specializing in Eritrean cuisine. She has been cooking with the community of Options FoodLab for private receptions and corporate clients and has shown keen entrepreneurial skills running her own side-business in Eritrean specialties. Seinat also performs elaborate coffee ceremony where coffee is brewed by roasting the green coffee beans over hot coals and letting the aromatic smoke waft through the room and then grinding the beans in a wooden mortar and pestle. A self-confessed TV cooking show fan, Seinat hopes to familiarize Athenians with tsebhi (stew) and injera (a flat, spongy pancake) and get them hooked on to the unique flavours of the Red Sea. 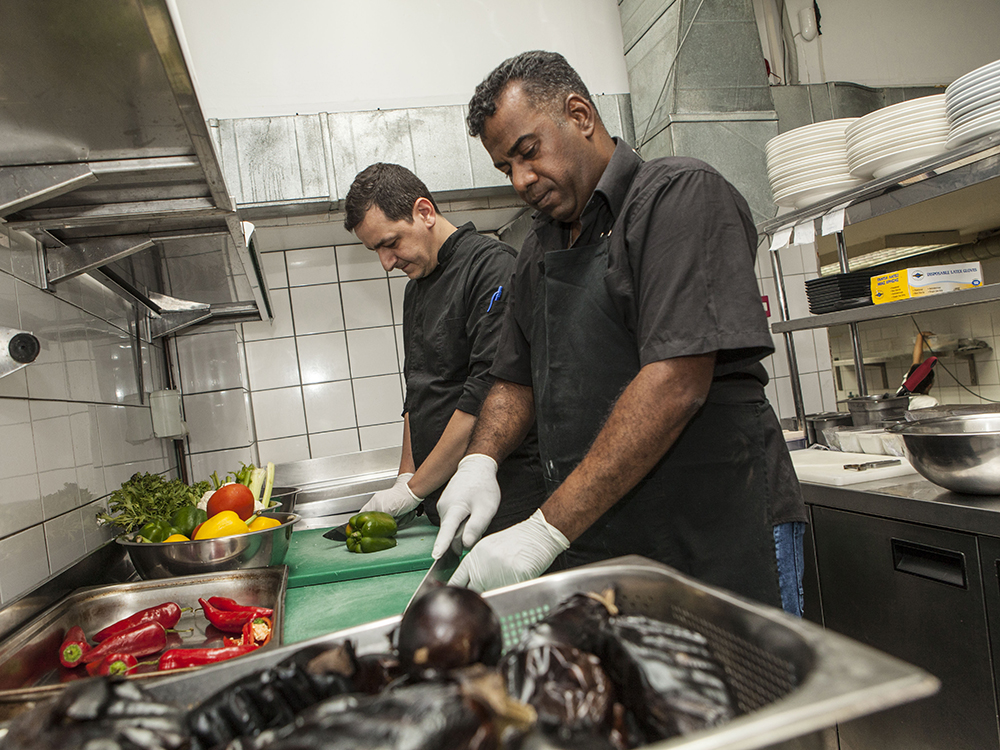 Cooking Iraqi cuisine at Vassilenas (Athens, Greece) on June 20 and 21.

Adel is an Iraqi chef from Basra whose zest for life is evident in the sparkle in his eyes as he speaks of food and in his animated gestures as he describes Iraqi dishes in impassioned detail. His love for cooking matches his fascination for cars – he loves tinkering with them and takes pride in restoring old jalopies to roadworthy beauties! With years of experience in the restaurant business catering to international clients in the oil and energy sector, Adel hopes to share his culinary skills to a wider Athenian audience. He is particularly proud that one of his daughters has followed in his footsteps and is training to be a pastry chef. 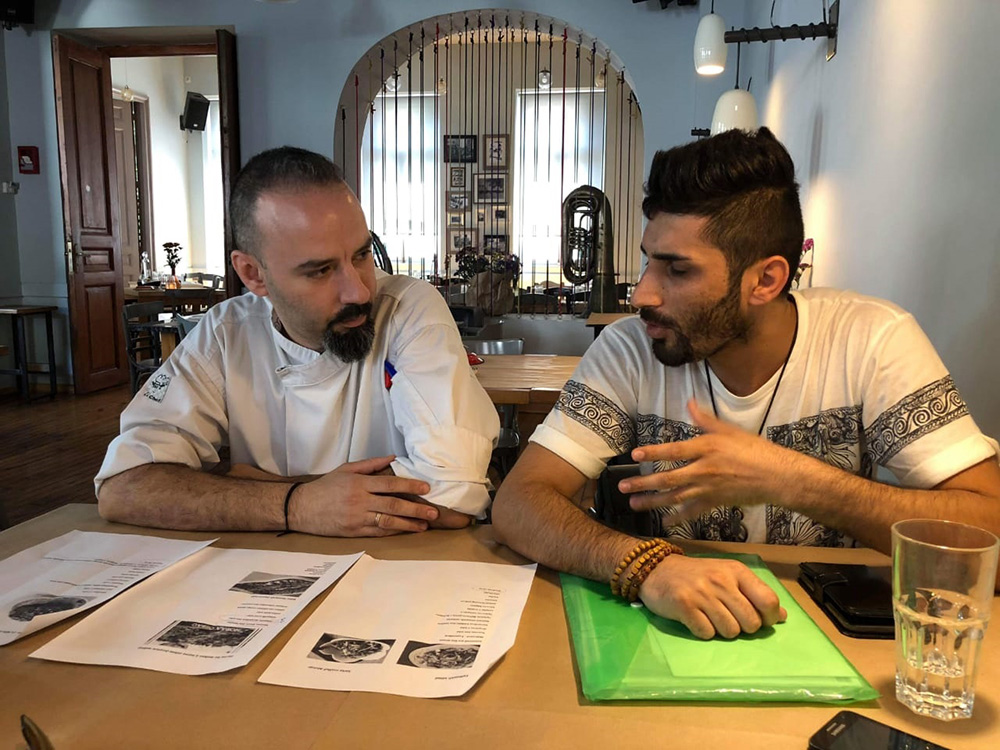 Barshank is a Syrian who came to Greece two years ago and during his brief stint here has acquired a huge fan following amongst his other refugee friends. He is now pursuing his studies in Business Communication at the American College of Greece and he has matured into a confident young man with a lot of drive from the shy, reticent chef who took part in the Refugee Food Festival last year. Right at the outset it was evident that Barshank was an extremely exigent chef insisting on personally picking his ingredients for a trial cook-out. His approach to cooking is as meticulous as it is with his grooming – hair slicked back, beard perfectly trimmed, crease-free clothes. So watching Barshank cook is quite a visual treat too and his dishes are an elaborate work of art. “I loved the idea of the Refugee Food Festival, and the overwhelming response of the people.” 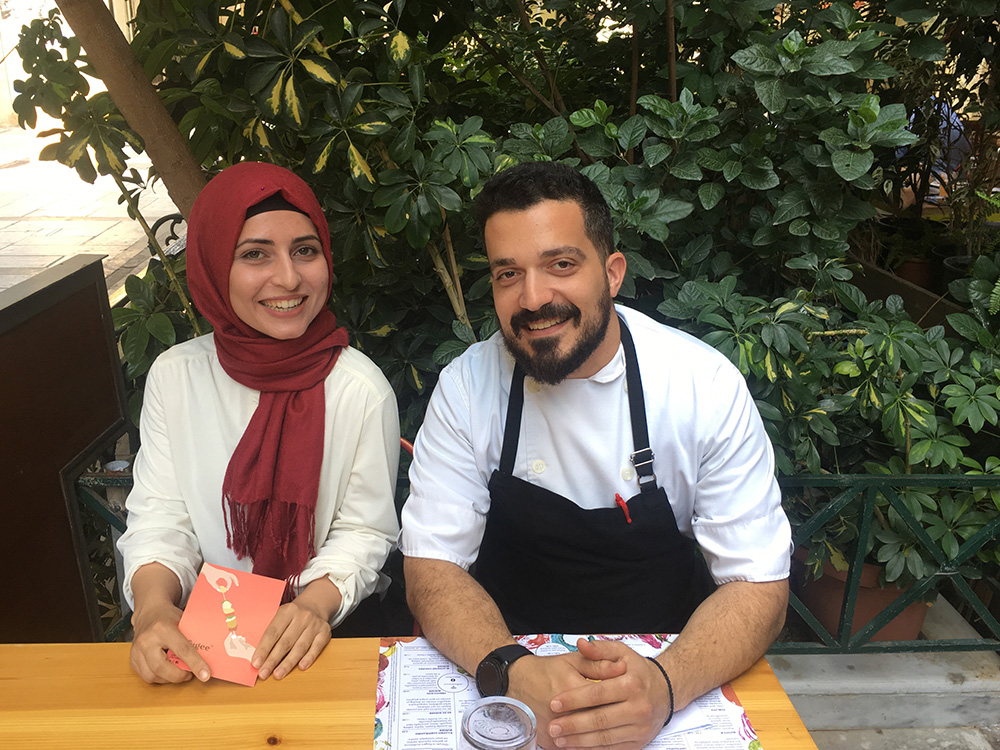 Roaa has been cooking with a local NGO Options FoodLab for the past two years and if her Instagram account is any indication, she is not only social-media savvy, she is an extremely driven chef, experimenting with traditional Iraqi and Greek dishes and elaborate pastries. In the short time that she has been here, she has enrolled into University and has a fairly good command over Greek already. A mother of two, Roaa got married at 15 and had to drop out of school. She taught herself to cook for her children by watching cooking shows on TV and with her grandmother providing local wisdom and family recipes 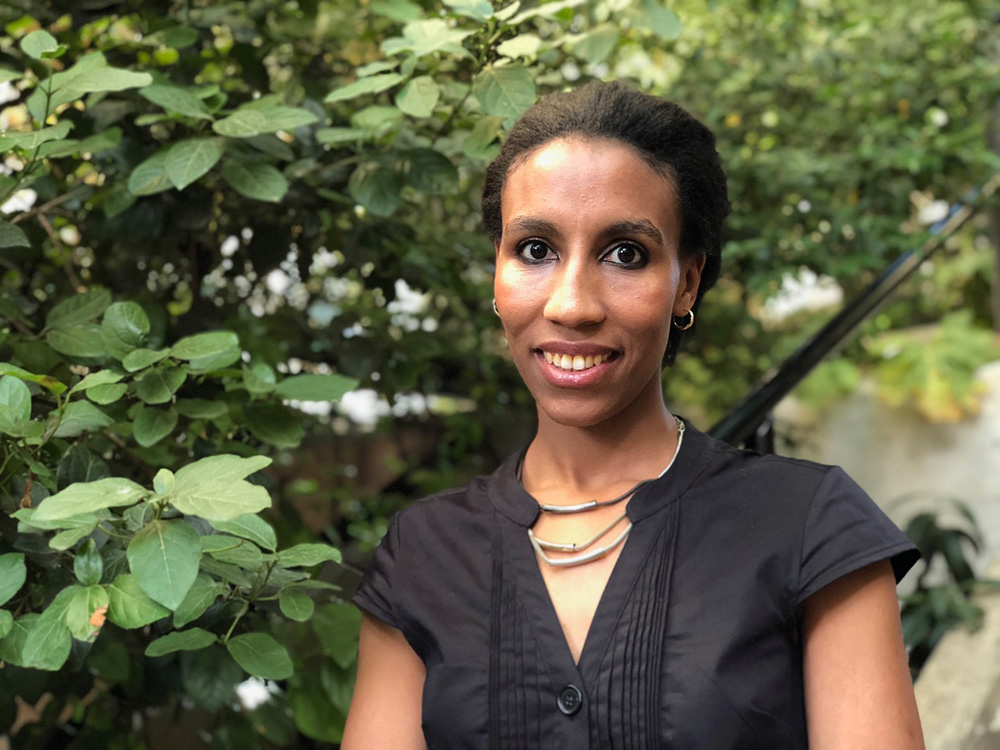 Touria speaks five languages fluently and has been cooking meals with the team of Options FoodLab in the two years that she has been in Greece. Slim and elegant, Touria is a natural leader in the kitchen. Her language skills, her sunny attitude and her keenness to learn have made her an indispensable member of the FoodLab team. She takes a lot of pride in Morocco’s rich culinary traditions and hopes to set up her own North African restaurant in Athens soon.