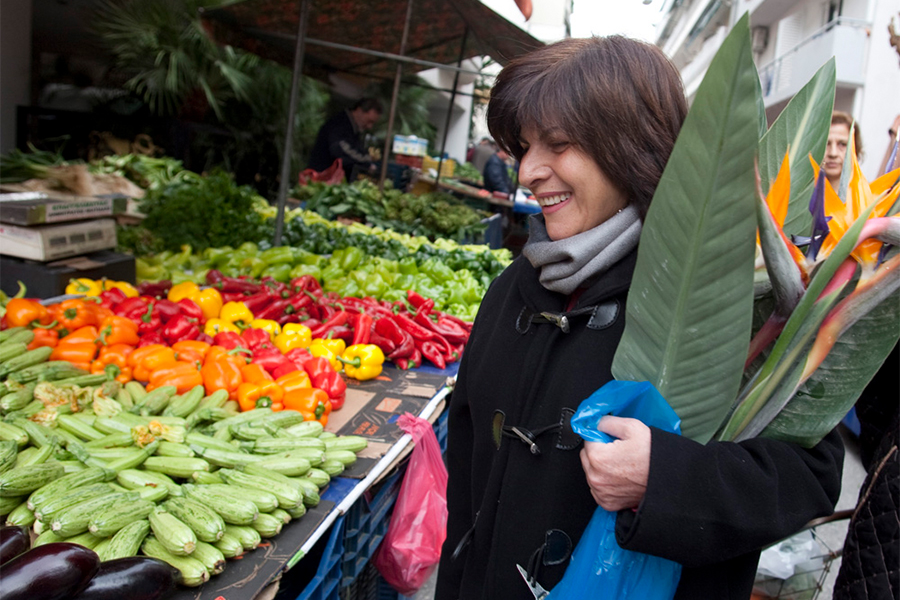 Shop at one of Athens’ organic markets and you’ll be picking your weekly certified produce directly from the men and women who grow it. With 70% of all organic food in Greece imported, Julia Panayotou is on an eco-savvy mission to bring these below-radar bioagores out of the wings and into more Greek pantries. 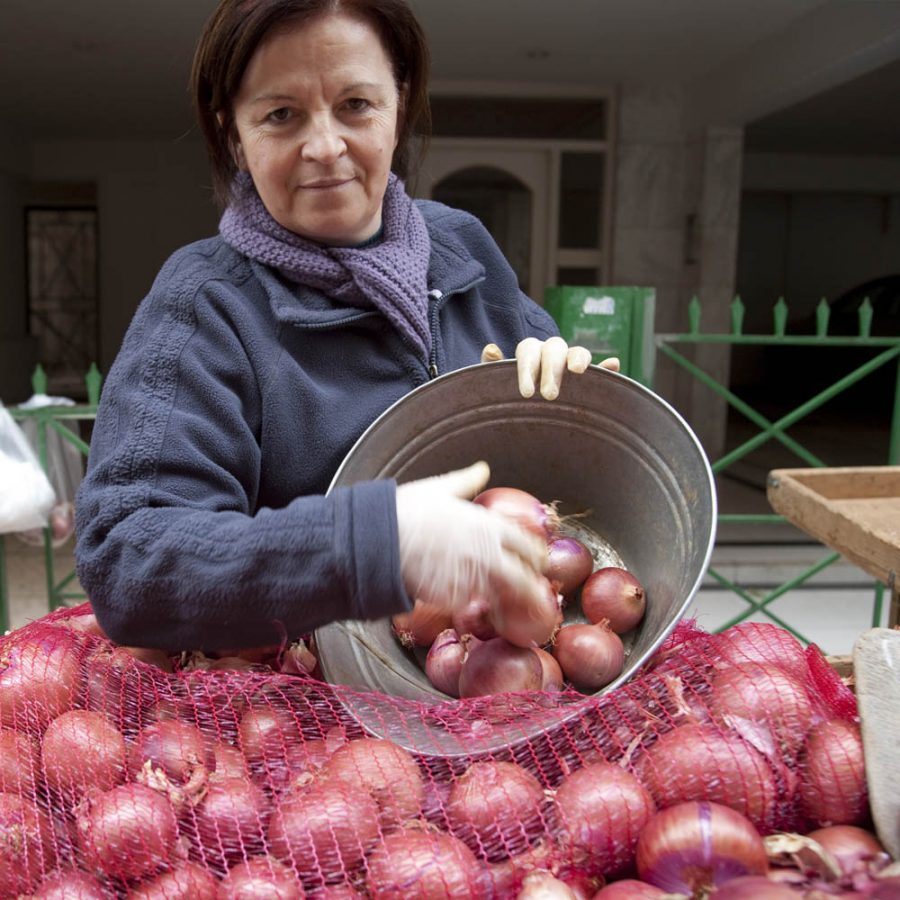 In the early 1990s, a handful of residents of an apartment building in the suburb of Halandri wanted to get their hands on local, organic goods—hard to find in Athens at the time. The residents decided to make use of an empty space under their apartment building, and bring in a group of Greek farmers to sell their crops, free of chemicals and pesticides. So was born the Association of Organic Farmers’ Markets, which take place onstreets throughout Attica as well as in Northern Greece, Thessalia and Crete.The association makes sure only organic farmers take part in its markets. Organic certification organizations approve that the goods sold at the farmers’ markets are organic. The stalls sell fruits and vegetables as well as eggs, olives and olive oil, wine, nuts, dried fruit, honey, breads, marmalades, spoon sweets, herbs, and more. Also, unlike the regular laiki, shoppers get to pick up their weekly produce directly from the men and women who grow it. Besides the organic certification and contact with the farmer or producer, shoppers are granted wider selection of hard-to-find heirloom fruit and vegetables. Heirloom plants are rare, despite often-superior taste and nutrition to their generic rivals, because their delicate nature means that they don’t travel well. Of course, shopping at the local organic farmers’ market means buying heirloom isn’t a problem; instead of a supermarket pineapple shipped halfway across the world, an in-season mandarin at the local market needs only to pass from the farmer’s hands to the customer, where, only a few blocks away, it will make a delicious snack—paired with some fresh yogurt and thyme honey.

The friendlier, more refined open-air alternative to the laiki, the Athens organic farmers’ markets may be under the radar but are growing in popularity. People used to picking up certified-organic goods know they’re harder to come by in Athens than in Los Angeles or London. The markets are a breath of fresh air for residents who want to swap the neon lights and internationally shipped goods of a supermarket and the chaotic neighborhood laiki, or open-air market, which, as the Association of Organic Farmers’ Markets’ Katerina Theodorou emphasizes to Athens Insider, have very few actual farmers sellng their goods. And, contrary to popular belief, the prices aren’t bad either at the organic markets. Besides the organic certification and contact with the farmer or producer, shoppers are granted wider selection of hard-to-find heirloom fruit and vegetables. Heirloom plants are rare, despite often-superior taste and nutrition to their generic rivals, because their delicate nature means that they don’t travel well. Of course, shopping at the local organic farmers’ market means buying heirloom isn’t a problem; instead of a supermarket pineapple shipped halfway across the world, an in-season mandarin at the local market needs only to pass from the farmer’s hands to the customer, where, only a few blocks away, it will make a delicious snack—paired with some fresh yogurt and thyme honey. 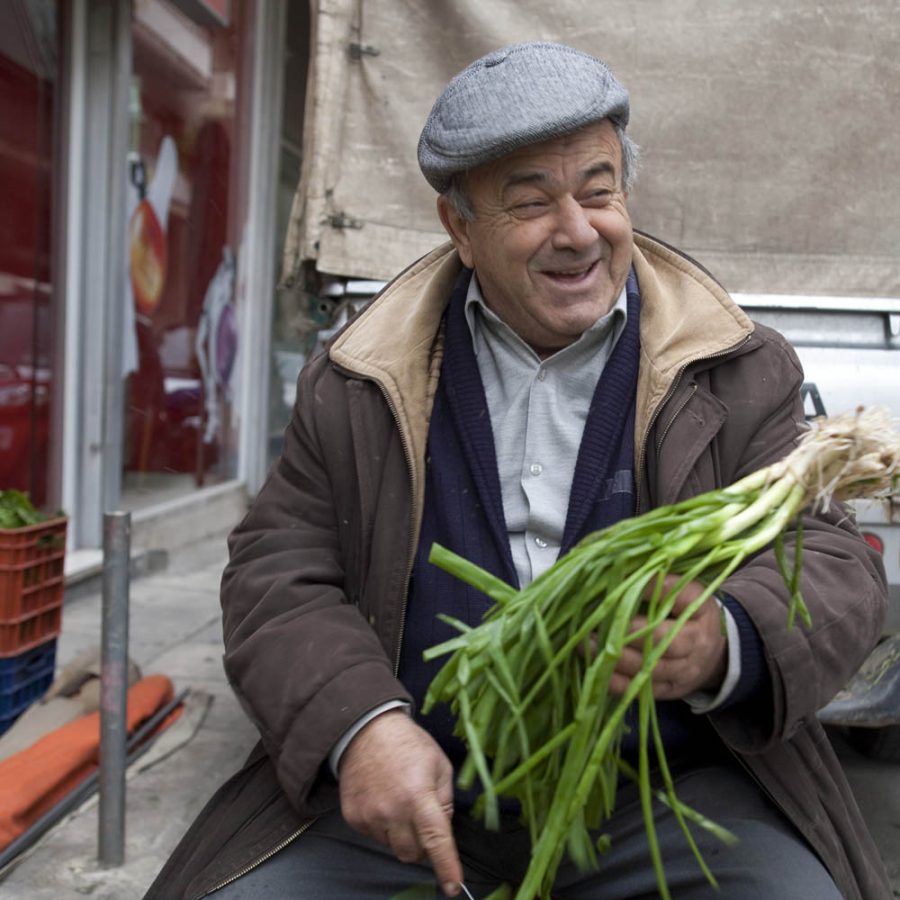 “We make sure to set reasonable prices; there’s a dip in demand like everywhere else with the crisis, but we make sure that our prices are friendly for the consumer,” says Ioanna Theodorou from the Association’s headquarters. Theodorou hopes that when Greek consumers will be convinced that organic goods aren’t exorbitantly priced, they’ll see the big draws of “Bio-agores,” as the markets are called in Greek: “First of all, the markets sell only certified organic goods, and two, all these goods are sold to the shopper directly from the producer. It’s fresh and it’s local, and it hasn’t travelled throughout the entire planet to reach your plate. There’s also another kind of contact at the markets, the social space is different from a laiki. You can ask the farmer directly why your orange is shaped like it is; you can make sure exactly where the head of lettuce has come from and how it was grown.”

During Greece’s economic recession, the markets proved to be friendly places for farmers and producers as well. “The markets are a direct, easy way for the producer to sell his or her goods. There’s no bureaucracy. It’s easy for a certified organic farmer to open a stall at our markets,” Theodorou says. 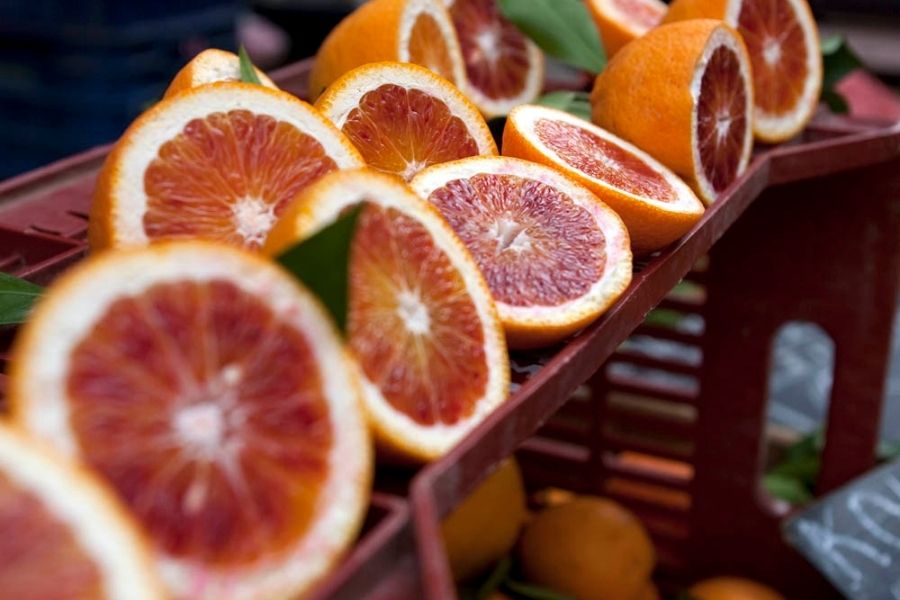 An attitude change is needed, especially in a time when many Greek farmers are abandoning the profession. Seventy percent of the organic goods Greeks buy is imported from abroad. “And if it wasn’t for us,” Ilias Mavreas, President of the Association of Organic Farmer’s Markets says, “the amount would be 10 percent higher…shoppers would be forced to buy organic food from other counties… which is an illogical system.”

The two biggest organic farmers’ markets are in the northern suburb of Kifissia (which has the biggest market with over 100 producers) and the southern suburb of Voula (a close second with 90 producers), and it’s no coincidence that they’re the neighbourhoods with the highest numbers of expats. Unfortunately, there is some reluctance on the part of the Glyfada Municipality to support an organic market, despite high demand. 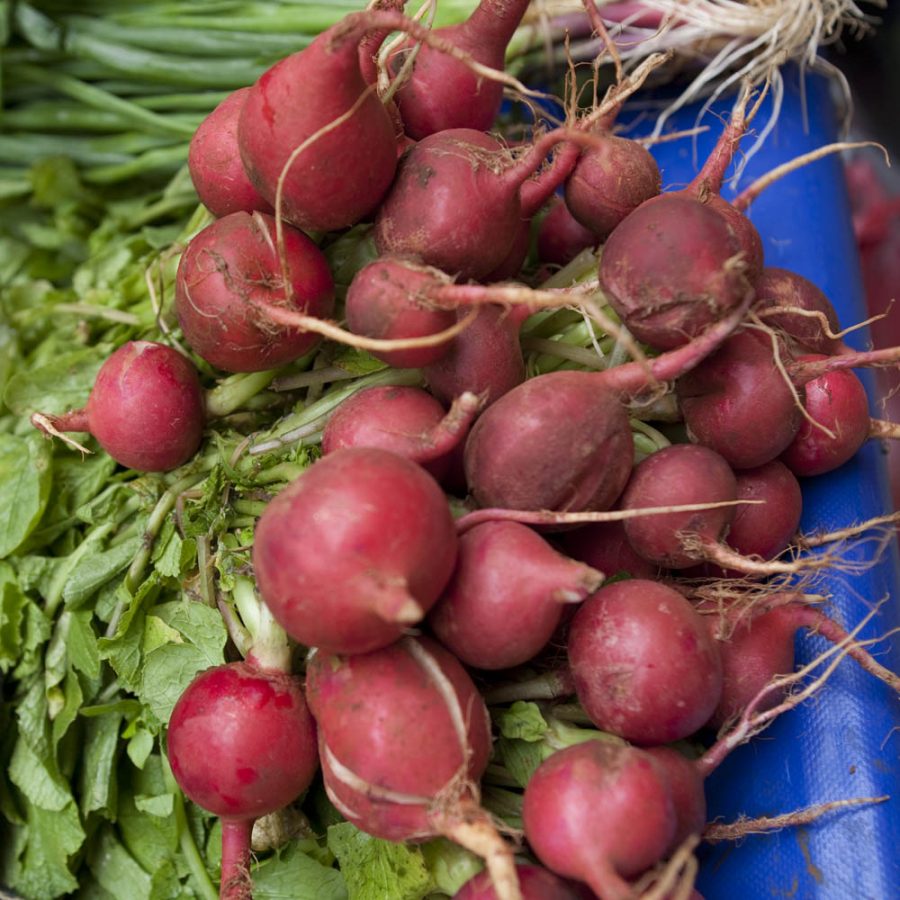 Much work still remains to be done. Theodorou explains: “There is an attitude that ‘organic goods are expensive’ that distorts the discussion, and we also see talk about green development but no real action, at least in the area of organic farming, so we’re worried about the divide between talk and action.”

Mavreas, for example, mentions the markets’ struggle to be officially recognized as farmers’ markets, and not “laikis.”

“We’re saying we are not a laiki, but an initiative of farmers, and only farmers, with only organic, Greek-grown produce.” The markets contain no middlemen, while the laiki is 90-percent middlemen. In a country where government involvement is looked at with suspicion, Theodorou emphasizes that the Association operates independently: “No ministry is involved.” 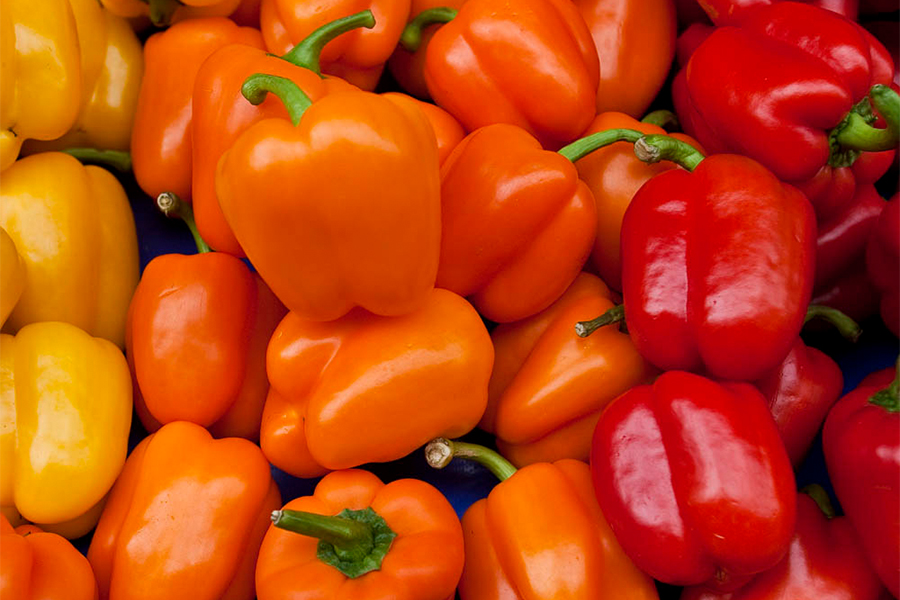 LOVE BY THE KILO

The organic farmers’ markets instead cooperate with the local municipality—but without any exchange of money. How does it work? By a program called Love by the Kilo. The municipality gives the farmers free space to sell their goods on a weekly basis. As soon as a market grows to have 20 to 25 producers, the association finds an in-need neighborhood foundation or center that aids children, such as the SOS Children’s Village in Vari and the Aghia Anna Children’s Foundation. Then, the farmers’ market helps the municipality by supplying the local organization with all the organic produce and goods it needs. Says Theodorou: “Farmers always have produce, but don’t always have money. This system works well. They’re very happy to take part, each market helps a organization in the neighborhood.” 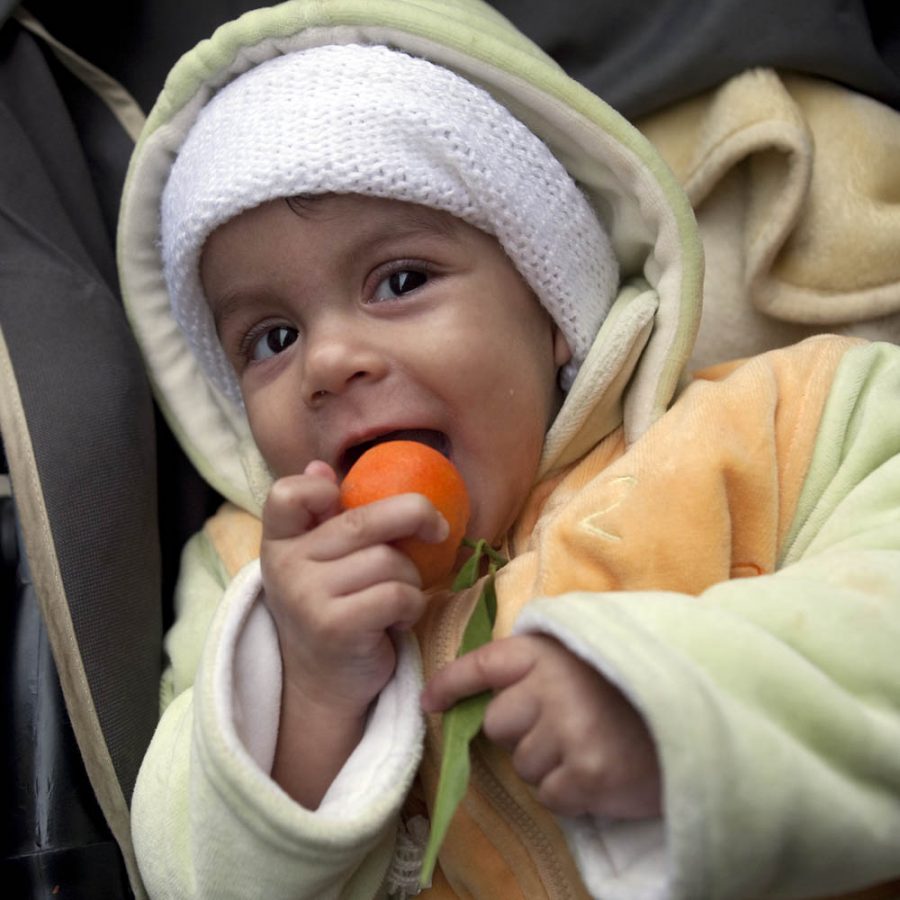 And suspicions about how a product is labelled organic? As in the rest of Europe, the process uses independent organic certification organizations, which as Mavreas says, are themselves subjected to rigorous scrutiny. To receive certification, farmers first go to one of the certification institutions. The organization checks the area the produce will be produced or grown, “and if you are close to an airport or factory – no way,” says Mavreas. If the area is deemed suitable, a contract is written where the producer must follow a strict sense of guidelines under scrutiny for approximately one year until the farmer can sell goods marked “organic.” During this time and afterwards, if traces of a chemical is found, there are economic and legal prices to pay. “Our numbers are very good. The percentage of Greek organic farmers who are found to be using chemicals is extremely low. One of the smallest percentages of Europe.” 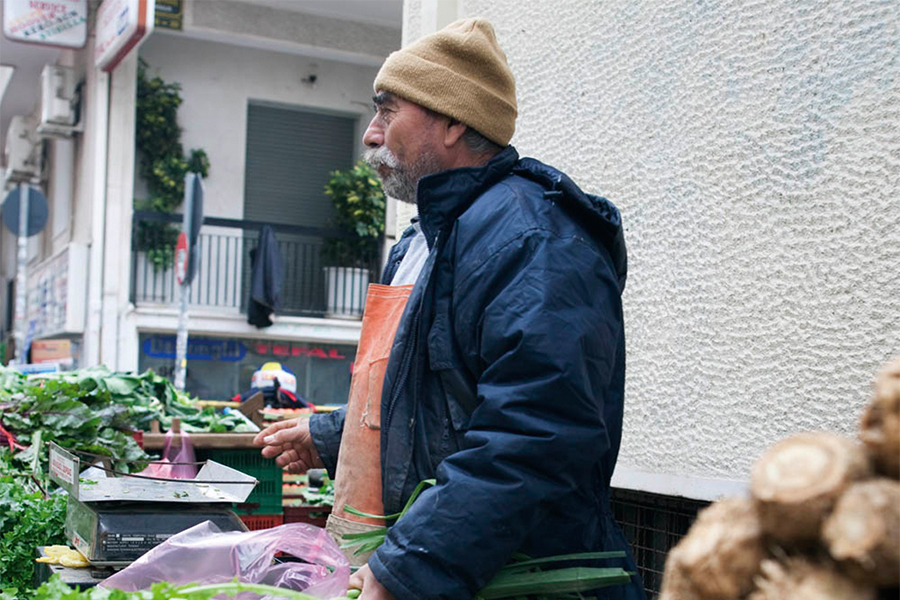 Unless otherwise noted, the organic farmers’ markets run from 2.00 to 5.30 p.m. year-round 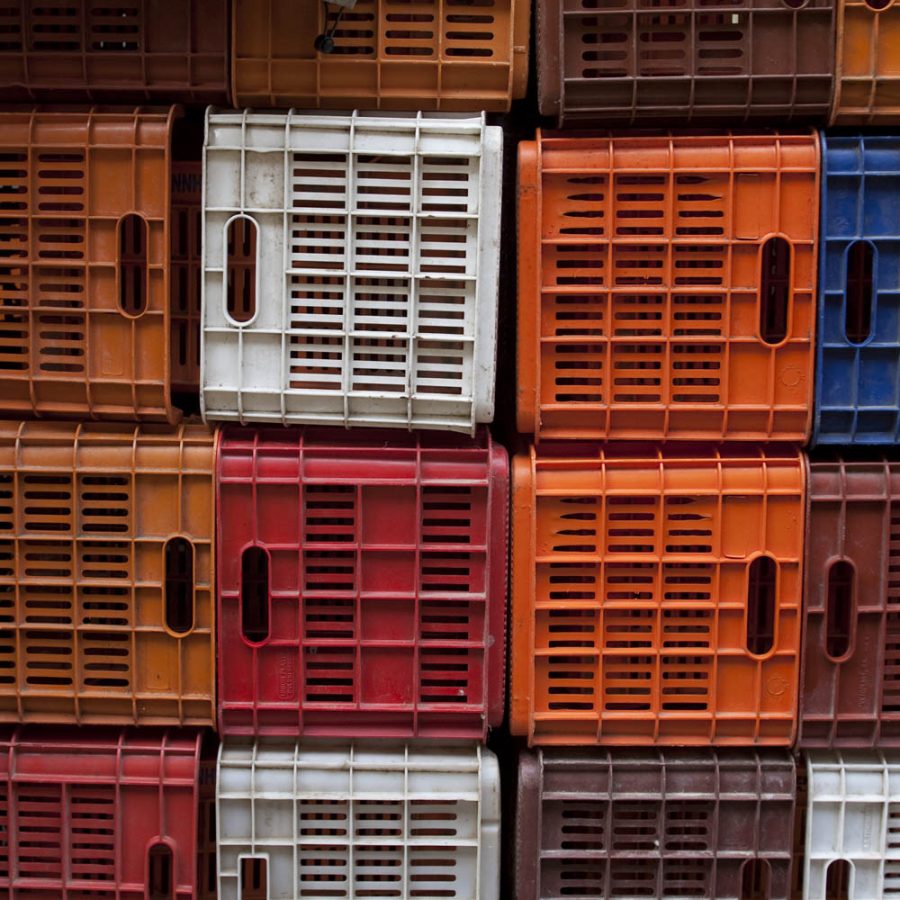