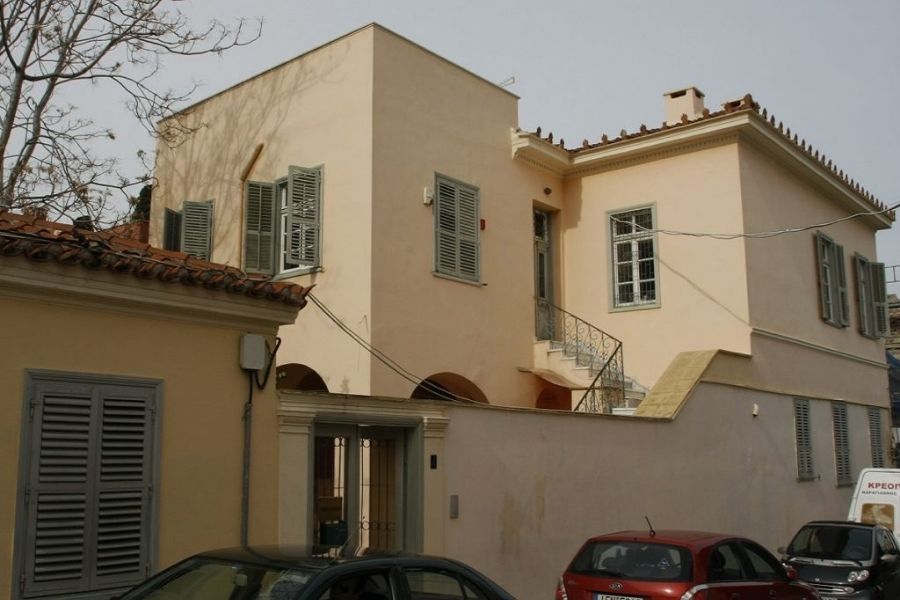 Described as the ‘sun-drinking poet,’ the late Nobel laureate Odysseas Elytis will be honoured with a permanent home dedicated to preserving his poems, photographs and texts on the corner of Dioskourou and Polygnotou streets in Plaka.  Considered one of the most acclaimed poets of the 20th century, Elytis was born on Crete in 1911 and passed away in Athens in 1996.  His best-known poem, To axion esti, which won the National Book Award for Poetry in 1960, became the de facto national anthem when Mikis Theodorakis set it to music. He accepted the Nobel Prize in Literature in 1979, stating that he was merely continuing the 25-century-old Homeric literary tradition! The creation of a venue for the study and promotion of his work will go a long way in showcasing Elytis’ literary contribution to Greece.

The listed building that will house Odysseas Elytis’ works,  consists of a main residence and two auxiliary buildings. The building, owned by the Culture Ministry, will include the creation of an exhibition area but also a space for the storage of Elytis’ archives. The residence’s ground floor will house a reception area and a visual presentation of significant milestones in Elytis’ life and work. Also on display will be books, manuscripts, the poet’s favourite poems and works of art, translations, audio and visual material and personal items from his office. 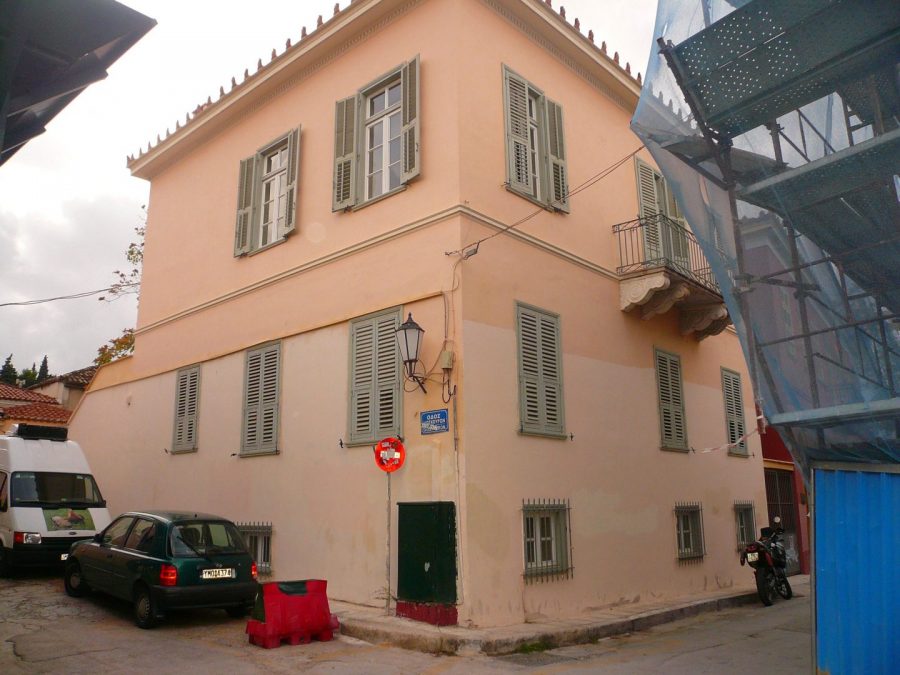 Odysseus Elytis was born Odysseus Alepoudelis, in the city of Heraklion, on the island of Crete, on November 2, 1911. To avoid any association with his wealthy family of soap manufacturers, he later changed his surname to reflect those things he most treasured. Frank J. Prial of the New York Times explained that the poet’s pseudonymous name was actually “a composite made up of elements of Ellas, the Greek word for Greece; elpidha, the word for hope; eleftheria, the word for freedom, and Eleni, the name of a figure that, in Greek mythology, personifies beauty and sensuality.”

Elytis was relatively unknown outside his native Greece when he was awarded the Nobel Prize for literature in 1979. The academy declared in its presentation that his poetry “depicts with sensual strength and intellectual clear-sightedness, modern man’s struggle for freedom and creativeness … [In] its combination of fresh, sensuous flexibility and strictly disciplined implacability in the face of all compulsion, Elytis’ poetry gives shape to its distinctiveness, which is not only very personal but also represents the traditions of the Greek people.” 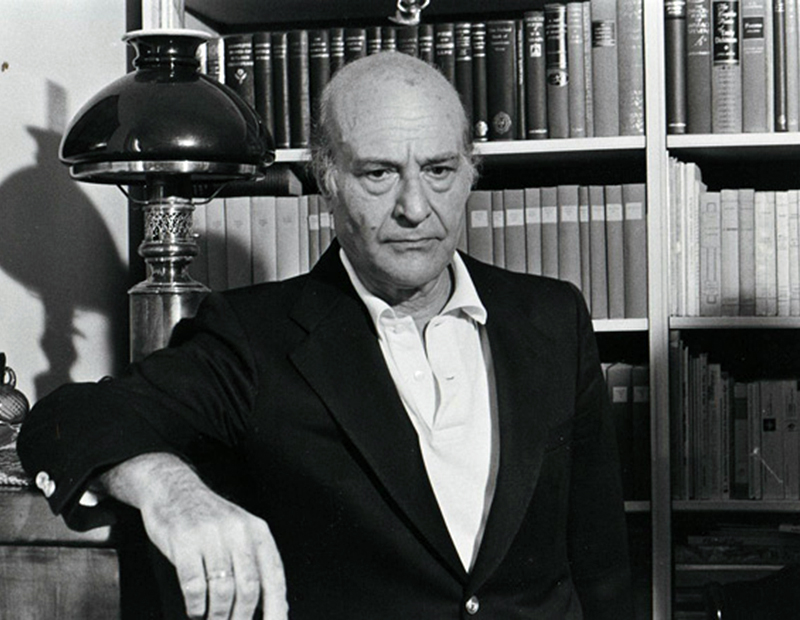 Elytis’s poetry collections include What I Love: Selected Poems of Odysseus Elytis, translated by Olga Broumas (1978), Maria Nefeli: Skiniko piima (1978, translated as Maria the Cloud: Dramatic Poem, 1981), and To axion esti (1959, translated as Worthy It Is, 1974).

To be a Greek and a part of its 25-century-old literary tradition was to Elytis a matter of great pride. His words, upon acceptance of the Nobel Prize, gave evidence of this deep regard for his people and country: “I would like to believe that with this year’s decision, the Swedish Academy wants to honor in me Greek poetry in its entirety. I would like to think it also wants to draw the attention of the world to a tradition that has gone on since the time of Homer, in the embrace of Western civilization.”

Elytis first became interested in poetry around the age of 17. At the same time he discovered surrealism, a school of thought just emerging in France. He soon became absorbed in the literature and teachings of the surrealists and worked to incorporate aspects of this new school into the centuries-old Greek literary tradition.

Prosanatolizmi (Orientations), published in 1936, was Elytis’s first volume of poetry. Filled with images of light and purity, the work earned for its author the title of the “sun-drinking poet.” Edmund Keeley, a frequent translator of Elytis’s work, observed that these “first poems offered a surrealism that had a distinctly personal tone and a specific local habitation. The tone was lyrical, humorous, fanciful, everything that is young.” 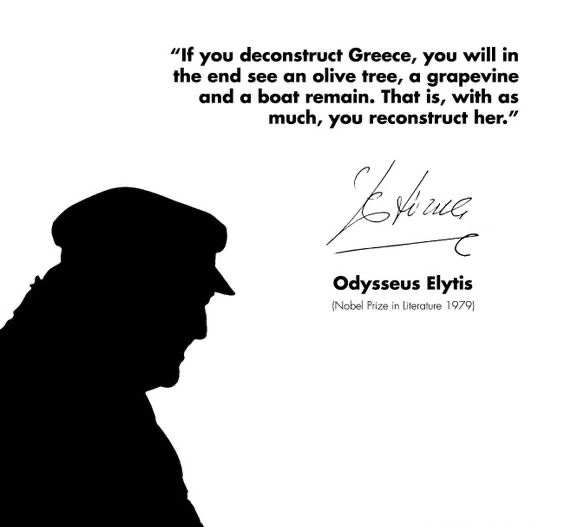 The poet, however, disagreed with such descriptions of his work. He suggested that “my theory of analogies may account in part for my having been frequently called a poet of joy and optimism. This is fundamentally wrong.

I believe that poetry on a certain level of accomplishment is neither optimistic nor pessimistic. It represents rather a third state of the spirit where opposites cease to exist. There are no more opposites beyond a certain level of elevation. Such poetry is like nature itself, which is neither good nor bad, beautiful nor ugly; it simply is. Such poetry is no longer subject to habitual everyday distinctions.

With the advent of the World War II, Elytis interrupted his literary activities to fight with the First Army Corps in Albania against the fascists of Benito Mussolini. His impressions of this brutal period of his life were later recorded in the long poem “A Heroic and Elegiac Song of the Lost Second Lieutenant of the Albanian Campaign.” Regarded as one of the most touchingly human and poignant works inspired by the war, the poem has since become one of the writer’s best-loved works.

After the overwhelming success of To axion esti, which won the National Book Award for Poetry in 1960, questions were raised regarding what new direction Elytis would pursue and whether it would be possible to surpass his masterpiece.

His poem Maria Nefeli came to be regarded by critics as the summa of Elytis’s later writings. Gini Politi, for example, announced: “I believe that Maria Nefeli is one of the most significant poems of our times, and the response to the agony it includes is written; this way it saves for the time being the language of poetry and of humaneness.” Kostas Stamatiou, moreover, expressed a common reaction to the work: “After the surprise of a first reading, gradually the careful student discovers beneath the surface the constants of the great poet: faith in surrealism, fundamental humanism, passages of pure lyricism.”

In an interview with Ivar Ivask for Books Abroad, Elytis summarized his life’s work: “I consider poetry a source of innocence full of revolutionary forces.”

The first floor will include a multipurpose venue for lectures, conferences, educational programs, music and poetry events, as well as a small cafe overlooking the Acropolis, the Pnyx hill and the Athens Observatory.

The basement will feature a library with books and magazines – approximately 1,000 titles, disks, photographs, audio material and films, as well as computers. The public will have access to all publications – Greek and foreign – and books about the work of Elytis. “Odysseas Elytis honoured Greece and Greek language with the treasure of his poetry… The creation of a venue for the study and promotion of his work is the least we can to do to honour this great Greek poet,” Culture Minster Lina Mendoni said. 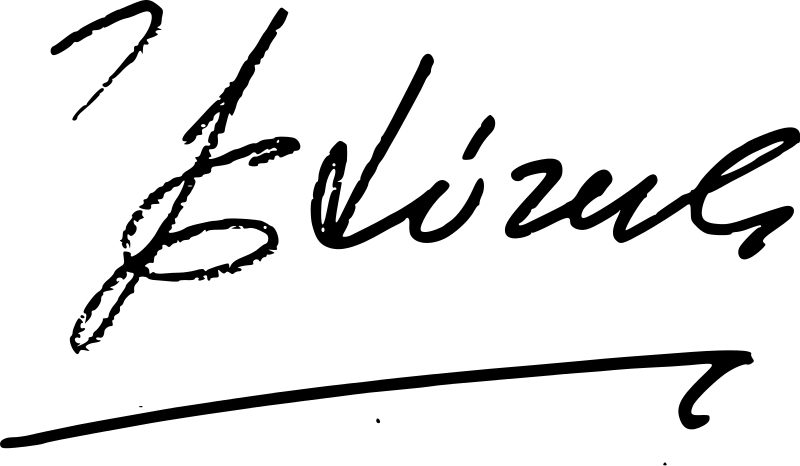 Elytis held a variety of positions. He had twice been Programme Director of the Greek National Radio Foundation, Member of the National Theatre’s Administrative Council, President of the Administrative Council of the Greek Radio and Television Service as well as Member of the Consultative Committee of the Athens Festival. In 1960, he was awarded the First State Poetry Prize, in 1965 the Order of the Phoenix and in 1975, he was proclaimed Doctor Honoris Causa of the Philosophical School of the Thessaloniki University. Several awards and distinctions in Greece and abroad followed, like the Tribute of Honour by the Greek Parliament, the Golden Medal of Honour by the Municipality of Athens, the Doctor Honoris Causa by the University of Sorbonne, the Elytis Chair of Neohellenic Studies at the Rutgers University of New Jersey and the Benson Silver Medal by the Royal Society of Literature in London. Elytis died in Athens, Greece on March 18, 1996. With input from The Poetry Foundation

All I want for Christmas… Dimitra Kolotoura of Zeus and Dione shares her wishlist!

Where to buy Local Fashion with a Conscience this Christmas