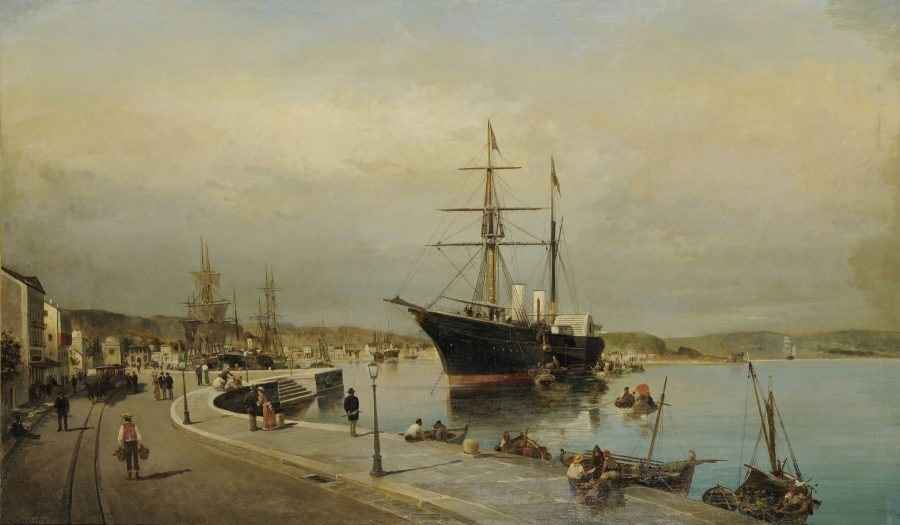 WHAT: Admire an extensive collection of poetic works from Konstantinos Volanakis, one of the most important representatives of the famous School of Munich, and considered “The father of the Greek seascape”.  Volanakis’ vivid and finessed paintings depicted his deep love for the sea and all that sailed on her.

Says exhibition curator Takis Mavrotas:  “Constantine Volanakis throughout his artistic journey (1856-1907), with deep drawing and excited enthusiasm, turned his gaze on the performance of the sea as if he wanted to reveal its tangles, the authentic truth that resists the relentless flow of time and wins eternity. The life of the ships, the harbors and the gatherings of sailboats, drift the viewer into a fantastic journey. The sea, with its aesthetic and erotic symmetries, provoked its creative action by touching its color with its visual as well as its metaphysical dimension. His seascape and landscape painting have their own speech and counterpart in the history of art.”

WHERE: B. & M. Theocharakis Foundation