Menu
Home | City Life | “I want people to care for each other.”

“I want people to care for each other.” 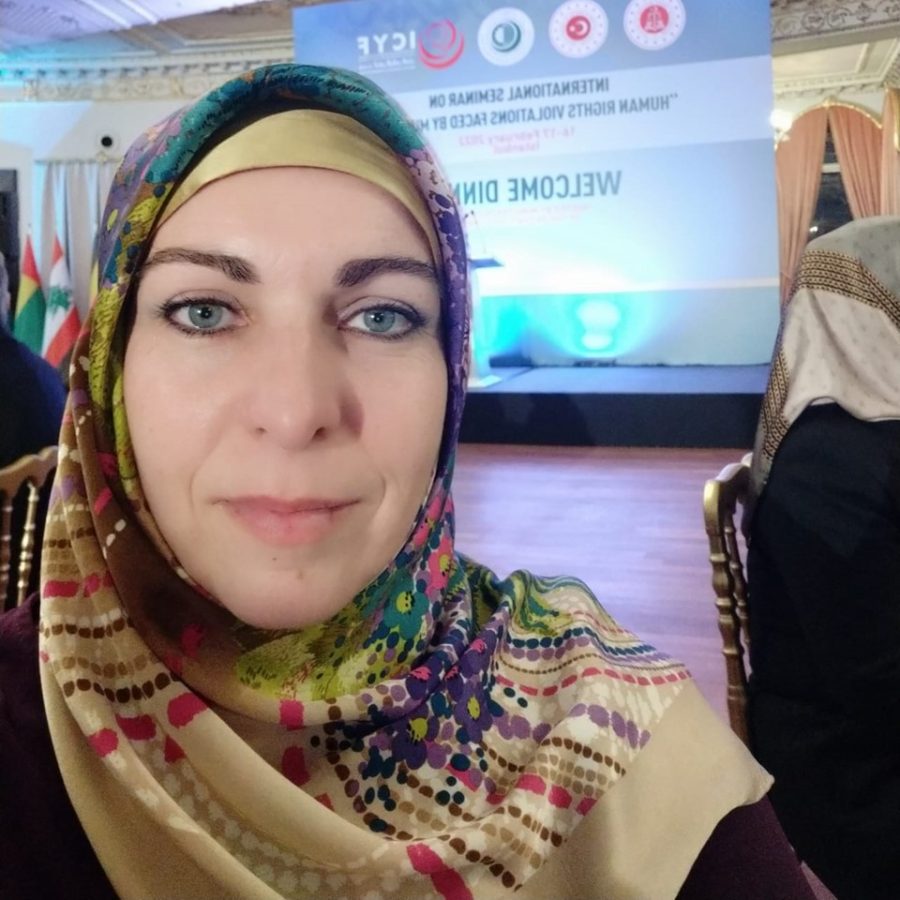 Muslim convert Anna Stamou tells Athens Insider’s Phoebe Greenwood about the growing number of Greeks converting to Islam and why she feels a responsibility to inform and support them.

Anna Stamou was shocked by how many calls she got during lockdown from people wanting advice about converting to Islam. She’s a convert herself and her husband Naim Elghandour is director of the Muslim Association of Greece. It’s normal for them to get calls from curious people, but not this many. “I suppose it was because they had the time to study? These people weren’t converting because they had married Muslims. It was the other way around. They were converting and wanted to find a match afterwards,” Stamou says.

“I remember telling Naim that I was going to convert to Islam and he said, don’t bother we’re already so many. I remember laughing and he told me take your time, it’s a serious decision. It took me almost two years.” It’s difficult to get an accurate figure for the number of Muslims living in Greece. The official estimate is half a million, mostly migrants but also including the indigenous Muslim population in Thrace. Stamou says the real number is likely to be a lot higher because many migrants don’t have Greek citizenship. Accurate figures for the number of Greek converts are even more difficult to come by. “I discover people I didn’t know are Muslims more and more because of social media, usually when they need something. Sometimes I only discover they’re Muslim when they die and need a place in Muslim cemetery,” Stamou says. She tries to work out a rough estimate from what she knows of the community. People become interested in Islam for all sorts of reasons, but the majority of converts in Greece are women married to Muslim men. 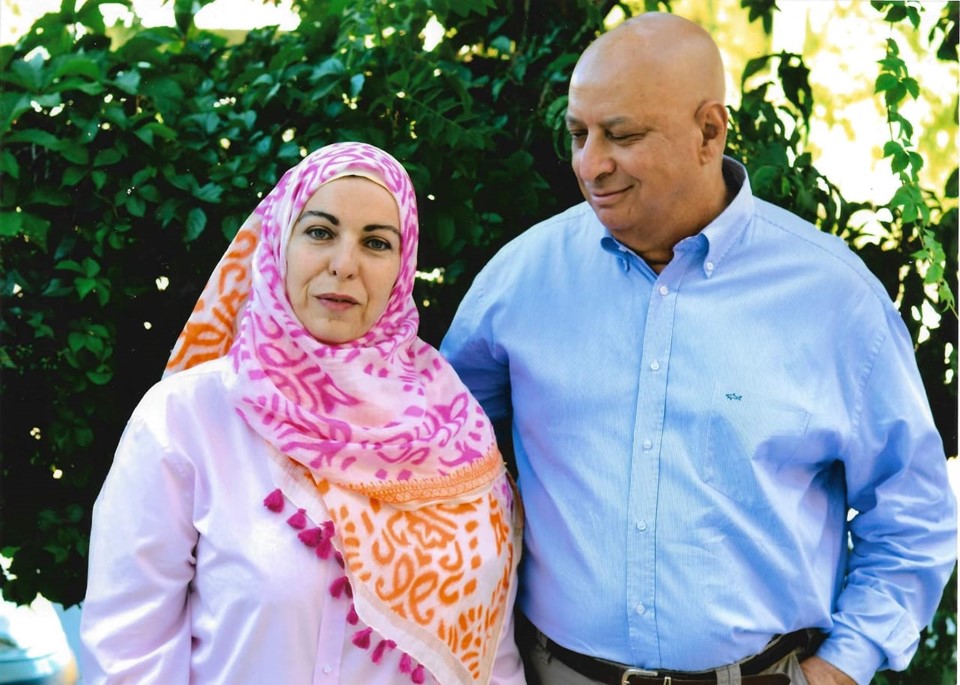 In the 1970s and 80s, there were at least 8,000 mixed marriages between Greeks and Egyptians. The number of Greek women who married Palestinian men in this period was even higher, Stamou says. Many converted to Islam and because faith travels down the male line, their children will also be Muslim. While Muslim men can marry a woman of any religion, it’s not possible for a Muslim woman to marry a non-Muslim man. “You don’t have to change name, there are no papers, no rituals, so those men mostly prefer to remain anonymous because it’s easier for work. I know that if you have a Muslim Indonesian of Syrian wife, you are a Muslim, you cannot escape that. But I would never say anything; we don’t expose people. “More and more people are asking us. Young people. I wouldn’t be surprised if there are more than 5,000 converts in Greece today.” Stamou was raised in a household that like most Greek families was officially Orthodox – according to a 2015 Pew poll, 90% of the population is. Hers wasn’t very religious. Her parents, who ran a family sportswear business, were big travellers and voracious readers. Their Athens home, where Stamou now lives with her own family, was full of all sorts of books, including a copy of the Koran. Stamou read them all. She always believed in God but struggled with big questions that nobody could answer. Stamou, who is now 48, met Elghandour in her late twenties when they were volunteering for Médecins du Monde during the Iraq war. By this point she had already explored Hinduism and Buddhism and was considering going to study yoga at a university in India.

His faith is part of what attracted her. “I saw a proud person. At prayer time he took the rug and would pray out in the yard alone, he didn’t know that someone was watching. He was just him, without showing off, without need. That made me look deeper into Islam. I saw he was serious about his faith and I asked many questions,” she remembers. In Sunnism, she found answers to the theological issues that had been bothering her. In 2005, about eight months her wedding, Stamou converted and immediately started to wear a headscarf. Her family loved her new husband, but they weren’t so thrilled about the hijab. “They didn’t like it but they trusted me. They knew it was my decision,” Stamou says. “I converted only for spiritual reasons. The headscarf is a part of the faith, so I said who am I to make pick and choose? I will take it as it is and see how it goes. It’s a challenge. I wouldn’t say I want this pizza, but take off the mushroom, take off the pepper.” Stamou now believes that wearing a hijab has been crucial for her understanding of some of the more challenging realities of life as a Muslim that as a Greek she might not otherwise have experienced. “Life changed very much in terms of the looks I got. It was not something that made me very stressed, nobody insulted me, I just got questions,” Stamou explains. She recalls a woman behind a counter at the passport office who wanted to know why her Moroccan housekeeper didn’t cover up while Stamou did. Is it obligatory or not, she demanded.

“Another time, I was waiting in a queue at the children’s hospital and this woman looks at me and says, ‘There is no way your husband made you wear that!’ Because I spoke Greek. I just told her, ‘Are you kidding me?” Stamou laughs. “I released it was comforting for her that I spoke Greek. That is why I decided that the visibility of me wearing a headscarf could really benefit young Muslims.” Some of the challenges that Stamou discovered after her conversion were more shocking. As a Muslim she was no longer able serve in the Greek army or as a police officer, nor could she teach at a school. She had not been aware of this. She was also surprised at how difficult it was to educational books about Islam written in Greek, despite there being a Muslim minority in the north. Everything she learned about her faith she read in English or through discussions with some of the well-known scholars who are friends of her husband. “When I started studying about Islam here, I found so many things missing,” she says. “I can speak English. But imagine if a woman who is not an educated person marries an average worker, let’s say from Palestine. She likes Islam, she holds a baby that is Muslim and she says I like this religion I want to convert. How will she explore? “Many times I’ve had underage people come to me and say they want to convert and I tell them to go away and come back when they’re 18. I give them some links to films with some good information but tell them don’t trust anybody.

I have a sense of responsibility because without an open way for them to get information, they are exposed to a lot of false information. People get very confused.” Stamou also feels a responsibility to help people interested in conversion to navigate what can often be difficult conversations with their families. “I’m not a theologian. But I can help them adapt to their new environment,’ she explains.

“Many times we’ve talked with parents. Their children have gone away to university in the UK, Germany or France and converted to Islam. The parents say please bring them back to normal, we want our kids back. I say come on, your kid is here. But they need this comforting discussion to understand. It takes a little time but more often than not there is acceptance. The main thing families want is for their child to be in good hands and to have a good life. It’s normal.” As a parent herself, Stamou has a lot of empathy. Her teenage daughter doesn’t wear a headscarf and Stamou says at this stage in her life, she would rather she didn’t. Both her children have been educated in Islam and pray with their parents during celebrations but neither of them practice, and she would never try to make them. “Ethics was the top priority in the house growing up. This is what I’m trying to give to my children. I’m not a nationalist. It’s not my dream to have more Greek Muslims. I want people to get on the right path to be ethical, to care for each other,” Stamou says. As an example, she tells the story of a good friend, another convert, half Dutch and half Greek. This friend had stayed away from Greece after her conversion because she didn’t want to upset her Greek father or put him in a difficult position in his village. Stamou talked to her. “She was afraid that being Muslim would mean she was less Greek,” she discovered. When her friend finally went back to her father’s village, her cousin did start screaming at her but only because she had stayed away so long. The cousin was outraged she might think that being a Muslim would mean her family would no longer accept her. She has gone back every summer since. “I believe my task as a person is to help people. Not Muslim people, just people. We’re not football teams,” Stamou laughs. “I want people to have solidarity with each other. To promote the right values for our children, to protect the environment. If we can do this, we will have a lot less pain.”