Menu
Home | Culture | How To Get Lucky (And Stay Lucky!) This Year 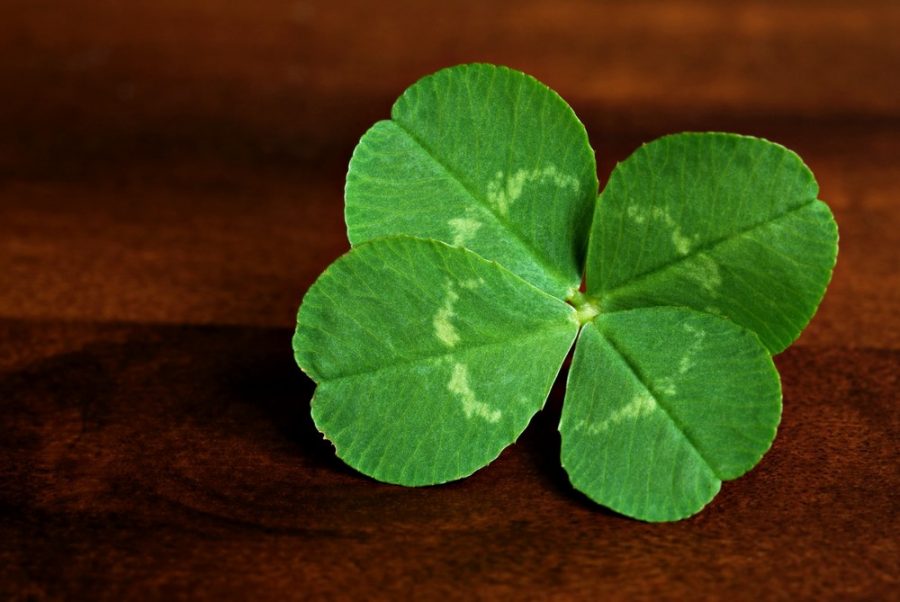 Ancient customs that claim to elevate your Γούρι (Gouri) – your luck – are still widely practised, especially around New Year. Here are the most popular ways to usher in good luck and fortune for the year ahead.

As luck would have it …

Modern Greeks have an endearing fondness for many of the superstitious traditions and folklore that have been handed down to them through the centuries. Ancient customs that claim to elevate your Γούρι (Gouri) – your luck – are still widely practised, especially around New Year. Here are the most popular ways to usher in good luck and fortune for the next 12 months.

Not just handy for providing a delicious splash of colour in any salad or fruit bowl, the pomegranate is also a powerful symbol of happiness, fertility and prosperity, according to Greek folklore. To Go Greek, you must dash a pomegranate on the threshold of your house after the stroke of midnight on New Year’s Eve, to bestow good luck and prosperity on the household for the year ahead. Greeks often take one with them when visiting friends and relatives on December 31.

Ever spotted a super-sized onion hanging outside a Greek house in early January and wondered what the deal was? Well, the tradition of the “big onion” harks back to antiquity when it was seen as a symbol of health and re-generation. (Thanks to the fact that the mighty onion bulb is one of the most resilient edible plants around and can sprout even after long periods without soil.)

In addition, some village women still strongly believe in the ancient healing powers of the onion to cure ailments such as colds, sprains and swellings. (For a bad sprain, grate onions and mix with a splash of Ouzo. Apply the paste to the affected area, cover with a bandage, then leave overnight to reduce swelling from the injury.)

The most famous Greek New Year’s custom is, of course, the vasilopita cake – and you can barely move at your local supermarket or fourno in the days leading up to January 1 for the mountains of sweet vasilopita offerings.

The popular tradition derives from ancient rural feasts in which circular festive breads were offered to the Gods at the start of the new year. Known as the feast of Cronus – (or Kronia), this is where the Greek word for year (chronos or χρόνος) has its origins. Villagers would place a gold or silver coin inside the pies and cakes they baked and whomever happened upon it would receive good luck all year long (along with the coin itself, which also held value).

Charmed: The Rise of the Meraki

In recent years, perhaps as a result of the crisis, the practice of “meraki” has spread – and you’ll now see New Year’s lucky charms for sale on bracelets, brooches and keychains everywhere from neighbourhood Christmas bazaars to more expensive jewellery shops such as Folli Follie and Swarovski, who release limited-edition Γούρι (Gouri) designs for the coming year. “Meraki” is one of those wonderful Greek words that, just like “kefi”, doesn’t translate perfectly, but basically means a creative or artistic task that has been undertaken with much love, devotion or pleasure.

Other time-honoured Greek traditions to entice Lady Luck into your life and keep bad energy away:

The secret to keeping the infamous evil eye at bay all year round? Put a cactus in pole position near the front entrance to your home to thwart its path. The spikier the better.

Money attracts money, or so the Greeks believe. So make sure to never leave your pockets, purses or wallets completely empty (or your bank account for that matter) – even if you only carry one or two coins with you. And if you ever give a purse or wallet as a gift, it’s considered good luck for the recipient to place a couple of coins in it beforehand.

Never let your shoes rest upside down (soles up). It’s seen as extremely bad news in Greece (and even a harbinger of death). But fear not. If you do forget, or your shoes do accidentally land soles side up, the remedy is close at hand. Flip them over immediately and utter: “skorda” (garlic) three times. To be really sure, spit on them once or twice too!

If you ever find yourself with an unwanted guest in your house – or perhaps someone who has outstayed their welcome, try sprinkling a little salt behind them (just don’t get caught!). According to Greek Folklore, it will have them heading for the door pronto. It’s customary to also sprinkle salt in a new home before moving in, as the ritual will banish any evil away from you and your family.

The Power of Perfume

If you give someone perfume or cologne as a present, take care that they must give you a coin in return. Otherwise, according to Greek folklore, your relationship will be at risk!

Five Things You Should Never Say In Greece