Five Things You Should Never Say In Greece 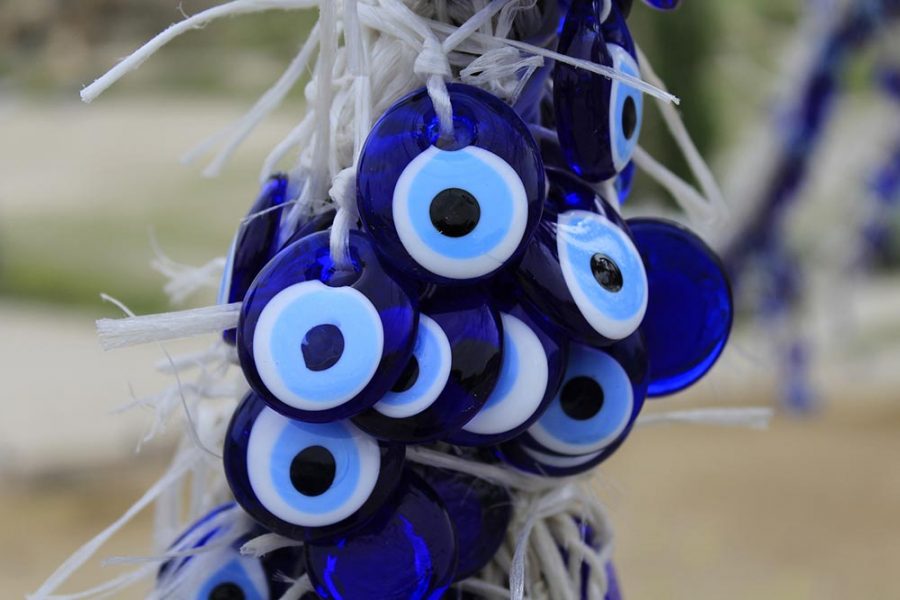 Visitors and newcomers to Greece are often under the impression that the Greeks, being a voluble, open and highly expressive people, have little use for the kind of political correctness that has given the West such a case of mass media-driven anxiety.  Well, we hate to draw a dark cloud over the Greek sun, but Greek culture has its own brand of PC, quite as implacable as that found elsewhere, and which the foreign visitor or resident (who should know better) flouts at his or her peril.  Even now, in the 21st century, here are five things you should never utter.

In the blank space you can put anything:  house, car, curtains, son, daughter, dog, cat, shirt, dress, shoes, flowers, the no-no is absolute.  You may naively think you’re giving a gracious compliment, but in Greek eyes you are actually cursing!  Ninety percent of Greeks, from doctors and lawyers and PhDs to the most humble peasant, live in terror of the Evil Eye, which is apparently set in motion when someone praises someone else’s possession.  You see, the devil overhears it, and the devil gets jealous and mad, and says, “Oh, yeah?  We’ll see about that,” and an ugly big scratch appears on your shiny new Lamborghini. The roots of this Mediterranean superstition are dark and go back many millennia.

So never state your disbelief to the Greeks in taverna conversation!  You, the stupid foreigner, will be met by bug-eyed indignation, wagging fingers and any number of blood-curdling horror stories.  Some will claim that even the Church accepts the Evil Eye.  That is rubbish.  The Greek Orthodox Church officially condemns the belief and supposed remedies as satanic, if not nonsensical.  But if you happen to forget yourself and coo over the cuteness of someone’s new-born baby, be sure to spit on the infant as soon as possible.  That will drive away the devil, who presumably tried to get to the kid first, and the happy parents will be forever grateful.

This to most of us may sound like a genuine admission of ignorance, and indicative of a sound character with a healthy degree of humility.  After all, who can possibly know everything?  Greeks, that’s who.  Here, “I don’t know” (den xero) is an admission of stupidity and hence of weakness.  For example, you’re driving in Kifissia and ask the directions to Ano Something-or-other.  You will never receive “I don’t know” in reply.  It will be more like, “That’s a long way, pal.  Why do you want to go there anyway?”

The Greek media and political establishments have taken the don’t-know-phobia to extremes.  Their very livelihood depends on spouting oceans of tosh designed precisely to mask their cluelessness.  (Although to be fair, since when did “den xero” ever get a vote?).  At times like this, we need to be reminded of Socrates:  “The only thing I know is that I know nothing.”

“Get up and give your seat to that lady/gentleman.”

I don’t know about the rest of you, but I for one have never, ever, been able to get used to the sight of small children sitting pretty on the crowded bus or metro while older and elderly people, many of them weighed down with bags, struggle to hang on to the stanchions.  And no-one complains!

So here we go with another lesson in Greek social culture.  It is a child-worshipping society.  To a tight-lipped northerner, the ubiquitous cooing and drooling over the antics of precocious younglings is often beyond comprehension.  The little boy taking up a metro seat while others stand is demonstrably a little prince to his doting parents; he represents the future of the threatened Greek ‘race’.  The little girl, too, as a future mother of the Greek ‘race,’ has to be given preference in all things.  And if you can no longer hold back and do utter the abovementioned forbidden phrase, be prepared for the torrent of abuse that will surely follow. On the other hand, there can be few safer places on earth to raise a child than within the ever-vigilant eyes of the Greek Yia Yia Mafia.

One of the rules of living in Greece is that you, never, ever, dispute the right of the Greek to have fun around the clock.  There is no such thing as “quiet time” in Greek culture (well, except during siesta); that’s just for the dumb-ass Anglo-Saxons and maybe the Buddhists.  I have spent miserable hours in a resort hotel on a Saturday night, pulling the pillow over my ears and driven to distraction by the amplified din from an all-night wedding party.  Irate calls to the concierge are politely acknowledged, but of course they “write you on their old shoes,” as by Greek standards you are clearly in the wrong.

The Greeks calls it glendi (from the Turkish eglenti), which has come to mean a kind of raucous merrymaking whose chief characteristic is alcohol-fuelled overuse of the vocal cords amplified to terrifying levels.  You see, when the Greek is having fun, he/she wants the world to know and to show off his/her ear-splitting abilities So next time someone in your building pulls an all-night nameday glendi, just have your ear-plugs ready.  There’s nothing more you can do. And besides, there’s also something rather life-affirming and wonderful about their “Party Like There’s No Tomorrow” ethos.

“I’m going to/just been on a trip to Istanbul.”

If there is one otherwise innocent utterance that never fails to elicit an angry frown on a Greek face, it’s this one.  To the Greeks there is no such place as Istanbul and never has been.  That fabled city on the Bosporus has always been Constantinople, and will ever be thus, even until the end of time, amen.

To be fair, the Greeks have always had a strong historical and emotional attachment to Byzantium, as they should.  Constantinople is unbreakably bound up with the Greek history; after all, it was the seat of the 1,100-year Byzantine Empire and remains even today the seat of the Eastern Orthodox Church.  So far, so good.  But the river of history has a way of erasing what was once thought to be immutable.  The Constantinople/Istanbul issue has been a thorny and hazard-filled one for foreign writers and journalists in Greece.  (Greek journalists have no problem at all – to this day there is not one who would dare write anything other than Constantinople on pain of utter and final social ostracism.)  A good rule of thumb for us is to refer to Constantinople if we’re writing about Byzantium and the Ottoman period.  After 1924, however, when the name Istanbul was officially established by Kemal Atatürk, that name is the internationally-recognized one.

The conflict sometimes has comic consequences.  Athens Airport, of course, has to comply with the international rules of nomenclature.  But I vividly remember what happened on an Olympic Airways flight to Istanbul at the old Hellenikon airport.  We were taxying for take-off when the air hostess announced that we would be arriving in “Konstantinoupoli” in an hour and five minutes.  Some of the passengers, who I recall were Asian tourists, started from their seats in alarm.  What was this strange polysyllabic destination they were being hijacked to?  Of course, they were soon reassured.  But still, whenever that city on the Bosporus enters the conversation, our best advice is to try and change the subject.

A Tribute to the Humble Greek Kiosk