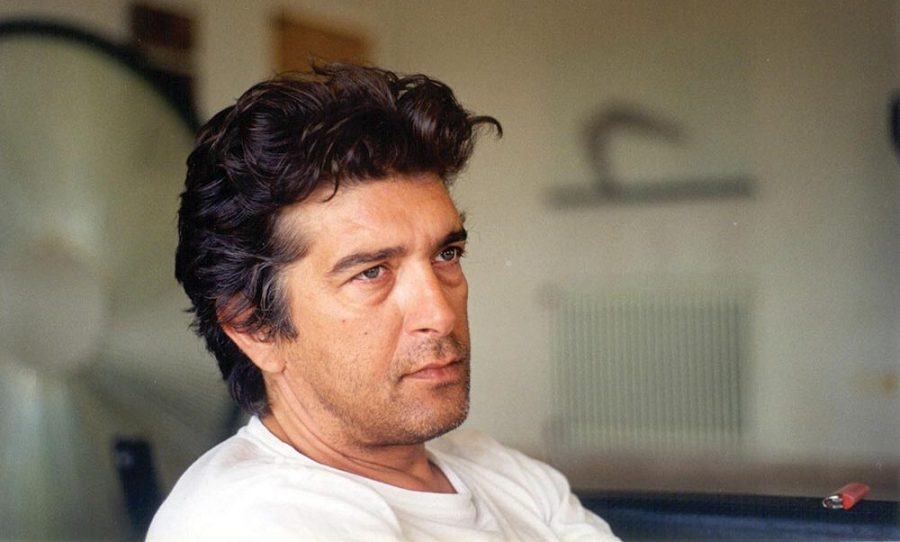 From rebel teen to globally-hailed artist, Stella Sevastopoulos catches up with the acclaimed sculptor Costas Varotsos, best known for his Athenian landmark ‘The Runner’, and encounters living proof that art conquers all.

Costas Varotsos has proven that where there’s a will there’s a way. From expelled rebel teenager, to a successful worldwide name, Varotsos has also been teaching art for the last 17 years at the Architecture Department of Thessaloniki’s Aristotle University.

Born in 1955, Varotsos studied art in Rome, plus architecture in Pescara, and was later offered a Fullbright Grant to study in New York (1999). He has exhibited around the globe and in 1995 represented Italy at the Venice Biennale, while in 1999, he represented Greece.

Let’s start off with school. Rumour has it you were a bit of a rebel, but also very talented.

I had my first art exhibition in a bookshop in Livadia, when I was around 14 years old. The teachers would say ‘Costakis is talented, but he doesn’t study.’ For me art was a way to escape from study. Even today it is my escape route. As a teenager during the Junta years (the military dictatorship), I had created a rock group and we also had an underground club. The police came and tried to arrest us but we escaped. During those years you reacted under the pressure in Greece.

You had said once that the system destroys creativity. You were referring to the Greek system?

Not just the Greek system, but the system in general. It’s designed to destroy an individual’s creativity. I don’t know if this has been done on purpose or not, or maybe because the importance of introspection and the Platonic concept of knowledge (esoteric knowledge), which you are born with, hasn’t been realized yet. This society sees newborns as members of the workforce that they have to drill. Its aim is to prepare slaves. Luckily some escape (like myself).

Although today, big companies are searching for creative minds.

Yes, but once upon a time, creativity was a sin! Especially in Greece during the Junta. I experienced this especially. In the end, they had rejected me from all the schools from the prefecture of Livadia, stating that I was ‘a dangerous character’. No school wanted me. I had to go to Athens with my mum, and there, only a private school would take me. I was dyslexic you see, but in those days they didn’t know.

When did you decide you wanted to become an artist?

Basically I was trying to not become an artist – but there was no getting away from it. I went to art school in Rome, but also studied Architecture at Pescara University in order to escape art. I realised how difficult it was to be an artist, and I liked the good life, so I didn’t want that whole hassle. I realised that in art, you dedicate your life – and nothing less. It’s like a woman who’s in love with you and you can’t escape her. If you decide to stay with her, you can’t betray her. Similarly you can’t betray art. If you do, you will pay for it dearly. You have to be a dedicated soldier. I was around 23 when I finally committed myself heart and soul to art.

How did you arrive at the medium of glass? I don’t know any other artist who has explored it to such an extent.

My use of the material began with the work ‘The Poet’ (1983). I wanted to pay homage to poetic writing, and I began thinking about what the characteristics of a poet are: fragile, explosive, sharp, transparent, suicidal. Then I thought ‘what material is this? Glass!’. Furthermore, glass intrigued me because it is also a container of space, because of its transparency. By putting one piece on top another it also becomes an architectural building block. We are talking about many tons of glass in my works!

Everyone knows the sculpture ‘The Runner’ (1988), that used to be in Omonia Square but was moved to the traffic island opposite the Hilton. It was originally called ‘The Stranger’. Why change its name?

For me a ‘Stranger’ is also that traveller who finds himself in Omonia, which has for decades been a hub of arrivals and departures. However Greece in 1988 was witnessing social/political change – a more European and progressive spirit was evolving. There was also talk of hosting the Olympic Games. Therefore, the politicians saw it as a ‘Runner’, but the public did too. So I changed its name. But from my point of view a stranger is also a runner – a traveller.

‘The Runner’ as a traveller, also ties in with your interest in the refugee crisis, something which was evident when you took on the project in Otranto, and turned the ship ‘Kateri I Rades’ into an art work.

I had always been observing the refugee situation out of the corner of my eye. The tragedy with this ship that sunk in 1996, led to the drowning of 81 Albanian refugees.  Later, in 2010, when here in Greece we were living the country’s destruction, I suddenly got a call from the Prefect of Puglia. “Do you want a ship?” he said to me. After seeing it I realized it was a deathly object, packed with the death of all those people, a gigantic coffin. But I didn’t want to rob it of its historical significance.  At the same time I wanted to give it a new life – as a work of art. The ship’s propeller has been incorporated into a separate work (on show at the National Museum of Contemporary Art at the moment). But I never tried to take advantage of the refugee situation, as some others did, like that bad boy of art Ai Weiwei.

What have you been working on recently?

This year I completed a work in Salerno, at the entrance of the university. Next year, I’m preparing a work in Turin which will be situated in front of Renzo Piano’s skyscraper. I’m also preparing a large exhibition of my work organized by Pescara University.

What’s your opinion on the situation in Greece at the moment?

Greece’s problem isn’t just our fault, although that’s what they’re trying to tell us. It is linked to a more general problem faced by the West, which has been shocked by the centrifugal power of globalization and its failing value system. The cultural status of each EU country was reduced in order to create the European Union: This was originally seen as a way to enable Europe to function as one country. It appeared correct at first, but later proved not to be, because the issue of globalization is not a cultural one, but an economic one.

What about contemporary art?

I believe that art has lost that grandeur it once had – which you find in the paintings of the great masters such as Velasquez, Caravaggio. They painted scenes loaded with history and meaning, not always pleasant subjects either – deaths, murders etc – but that moment when you see their work, you are awe-struck by it too. We need to make art awesome again. And that’s what I have always strived for in my work. 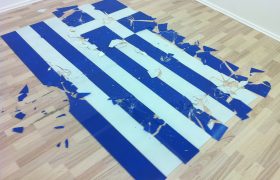