Menu
Home | Culture | How to celebrate Ash Monday Like a Greek 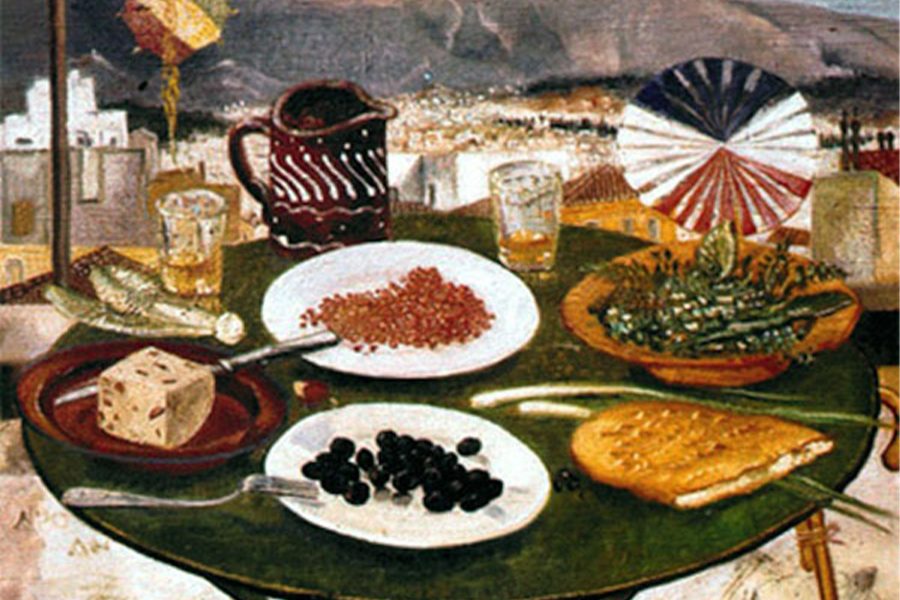 With so many Ash Monday dishes to try, this Lenten holiday feels more like indulgence than penance. But what exactly is Ash Monday, or Clean Monday as it is also known? What are you supposed to spend the day doing? And, most importantly, where can you go for delicious meatless food? We’re here to answer all your questions.

Preceding the most important festival on the Greek Orthodox calendar, Lent traditionally extends between Tsihnopempti (Smoky Thursday) and midnight on Easter’s Holy Saturday. During the intervening 40 days, consumption of red meat, all meat by-products (cheese, milk, eggs) and fish with a backbone is strictly prohibited for practising Orthodox. Even olive oil and wine are rationed, based on the rationale that the body must be cleansed, as well as the spirit, in preparation for accepting communion on Easter Day, to celebrate Christ’s resurrection from the dead.

These days, only the very devout follow the full fast, but most Greeks will refrain from eating meat on Clean Monday (the first day of Lent) and during Holy Week. But have no fear of this meatless Monday celebration! Chefs throughout Athens and across Greece have devised such wonderfully scrumptious culinary creations that you’ll completely forget your favorite souvlaki.

WHAT SHOULD YOU DO?

Look to the sky on Clean Monday to witness the holiday’s traditional activity of kite flying throughout Athens, and maybe even partake yourself! Then, in the evening, join the city’s population in heading to the seaside for delicious meals of tarama (fish roe salad) and lagana (special leavened bread made with olive oil and anise seed), along with spineless seafood favorites such as octopus and squid. But no meat! In fact, “Clean” Monday gets its name for the absence of bloodshed in the preparation of the holiday’s traditional dishes. 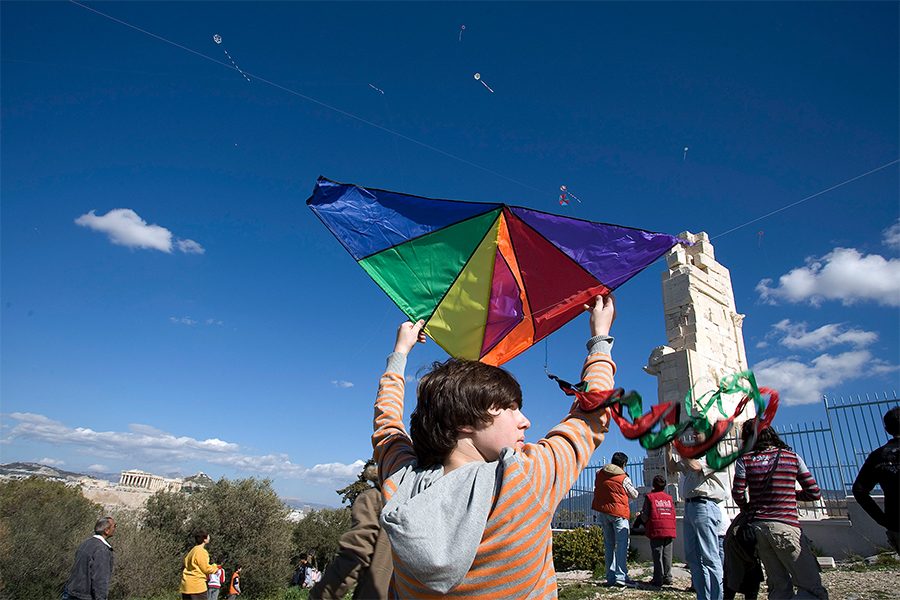 The tavernas are guaranteed to be packed, be sure to make reservations and arrive early to guarantee a table. With so much delicious food, this feast will feel anything like the start of a fast.

Fresh from the net: All manner of shellfish. Octopus, squid, and mussels are favourites, and there is a wealth of regional preparations for each, including deliciously aromatic octopus stews; squid or cuttlefish stewed with spinach; octopus cooked with short pasta; mussel pilaf; and much more. The taramosalata, freshly homemade with the finest white fish roe and virgin olive oil is a traditional appetiser during Lent as are tangy sea urchin salads with lemon and olive oil dressing. 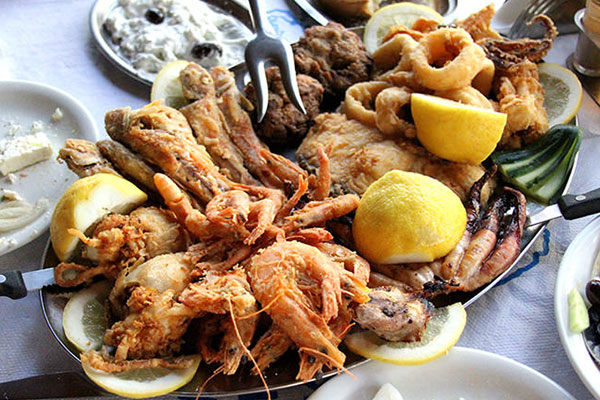 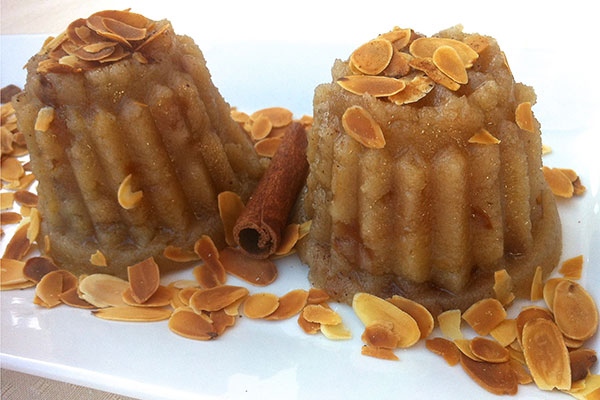 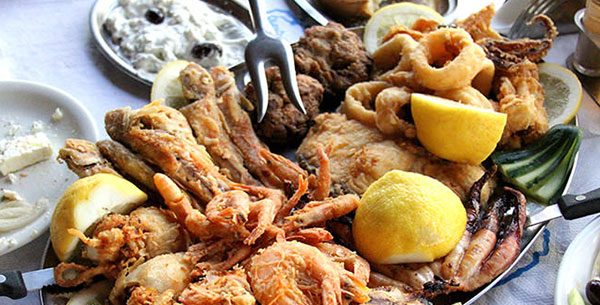