Euro 2004, a sporting moment worth revisiting 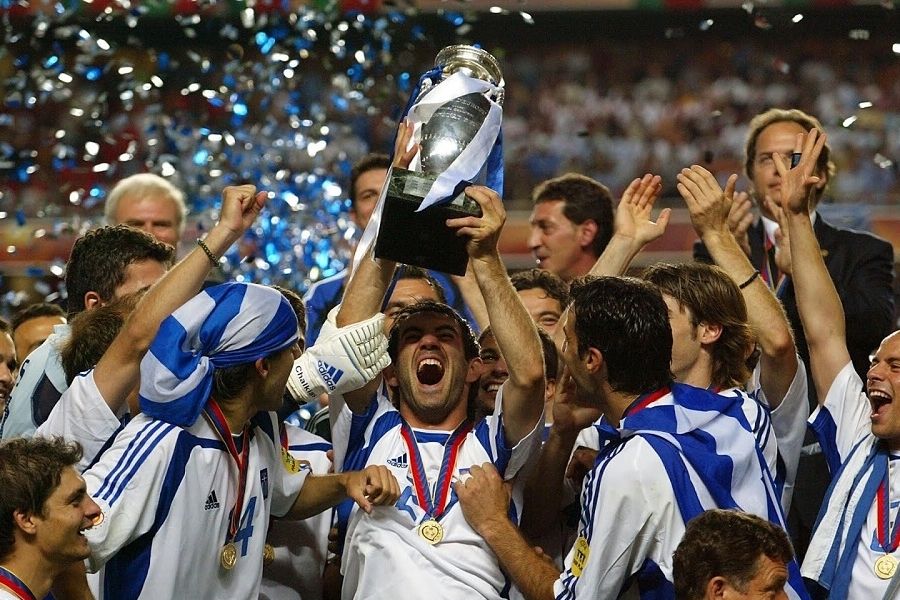 It’s one of those ‘do you remember what you were doing moments’ in history. Beleaguered by sporting critics and cynics casting doubts on Athens’ ability to pull off the 2004 Olympics a month later, Greece records one of the biggest upsets in sporting history, lifting the nation’s morale overnight. King Otto delivered and a grateful nation remembers!

Sixteen years on from one of the greatest upsets in sporting history we look back at how Greece managed to win football’s European Championship in 2004. A collection of journalists who followed the tournament and had a close eye on Greek football before, during and after the event join Nick Malkoutzis to discuss how this incredible success was achieved and its legacy. In the process, they also share their personal accounts of those heady days of that unforgettable summer. The three guests are: Barney Spender, the man behind the Road to Sparta documentary about the legendary Spartathlon; Kathimerini English Edition business and sports journalist George Georgakopoulos; and Graham Wood, an Athens-based journalist and media professional who has covered sports for Reuters, uefa.com, and agonasport.com, among others.  For some serious reminiscing about those halcyon days, check AGORA’s podcast here.