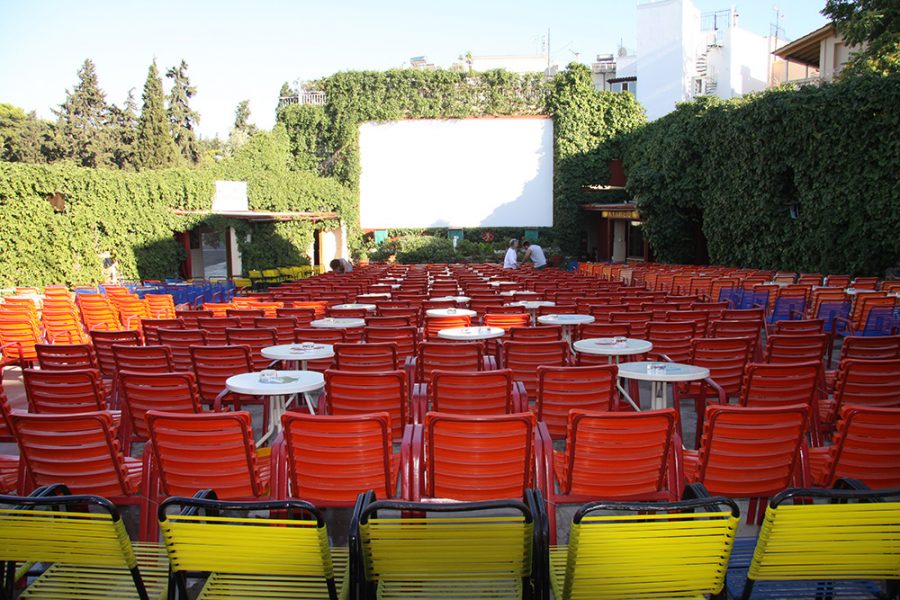 Nothing defines the beginning of Greek summer as open-air cinemas do. Every neighbourhood has one – some as old as the history of cinema, perched on a rooftop with a view of the Acropolis; others, more recent entrants, right on the water set to the music of sailboat masts swaying in the summer breeze; still others surrounded by perfumed gardens that fill the sultry evening with the quintessential Greek fragrance of orange blossoms and jasmine. With over 60 open-air cinemas to choose from in Attica alone, it is a Greek summer tradition that is truly alive and well. Open from June to August, Maria-Irene Moschona rounds up four of her favourite summer cinemas.

Having survived the crisis and real-estate developers, summer cinemas with their director’s chairs and their compelling aroma of crackling popcorn are still a haunt for the young and old alike. Most families visit en masse – grandmothers with a few mezedakia wrapped for ever-hungry grandkids, babies in strollers, pets on leash, young parents who can keep their children distracted enough to sneak in most of the movie, teens in large pareas – the open-air cinema is a truly democratic space, open to all. What’s more, open-air cinemas let you sip on a frappe, knock back a couple of beers, snack, lick ice-creams and even smoke while propping up your feet on the seats ahead. But for most cinephiles, its appeal lies in the possibility of catching reruns of blockbusters in two evening shows.

A disarmingly beautiful way to enjoy films and explore Athens, as generations of Greeks have been doing, at the 60-odd summer cinemas in the city.

Keeping the open-air cinema tradition alive is the Athens Open Air Film Festival which runs until August 29. The festival offers free cinema and cultural events and runs at different venues in the centre of Athens, open-air cinemas, at the distinctive Aghia Irini and Metaxourgeio squares, courtyards and pedestrian zones. The festival premiered this year with on June 4 supported by the U.S. Embassy in Athens with Clint Eastwood’s critically acclaimed film “The Bridges of Madison” (1995) featuring Meryl Streep in one of her best ever on screen performances at the Byzantine and Christian Museum garden – one of the most beautiful urban spaces in Athens. Other events this year include screenings of classic films, special avant- premières, concerts and interactive events and street performances. 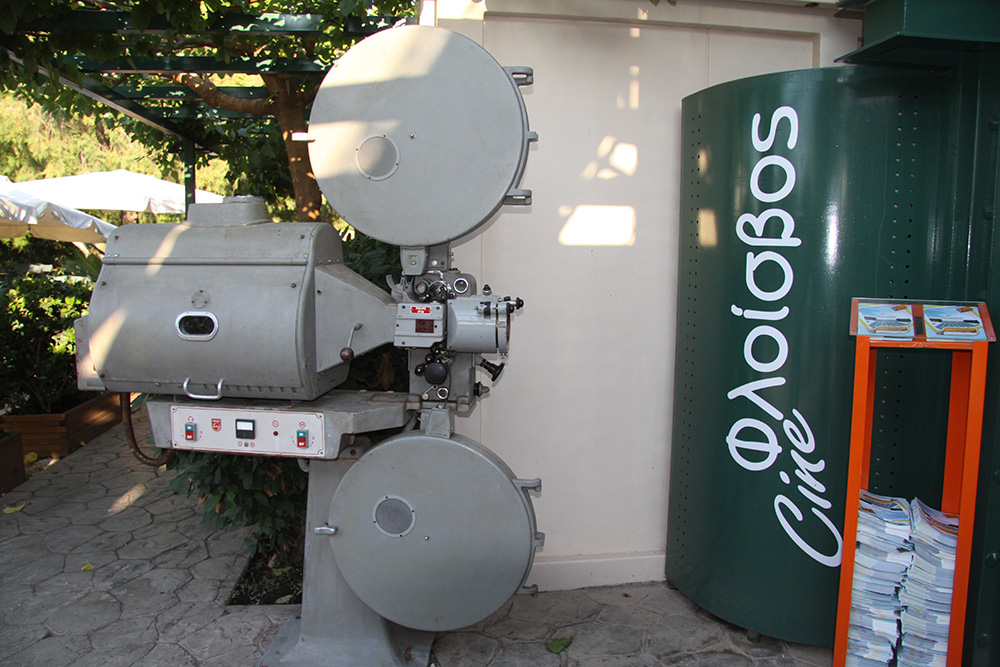 Cine Flisvos by the Sea

For a fun evening by the sea, Cine Flisvos is a great open-air option where you can have a long walk on the marina’s promenade admiring the yachts. An added plus is easy parking and several after-movie drinks and dinner options in the Flisvos Marina complex. 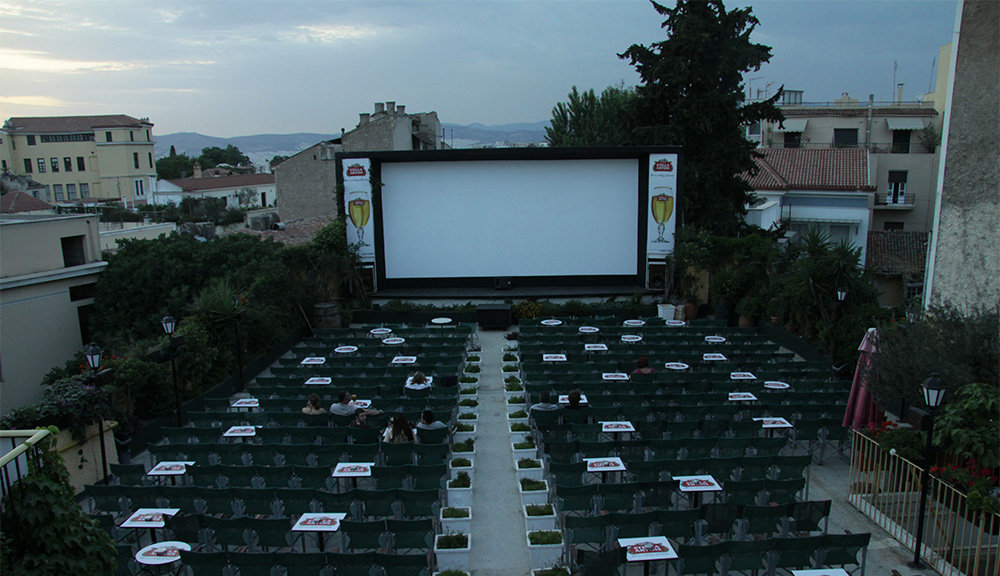 Urban legend has it that it was a Greek hairdresser who named the outdoor cinema after her beloved Paris. It briefly closed down in the late ‘60s before re-opening again in 1986. It has been regaling movie fans since with Greek and international hits. Located in the Plaka, it is a beloved of tourists and Athenians alike and has retained its magical old-world charm. 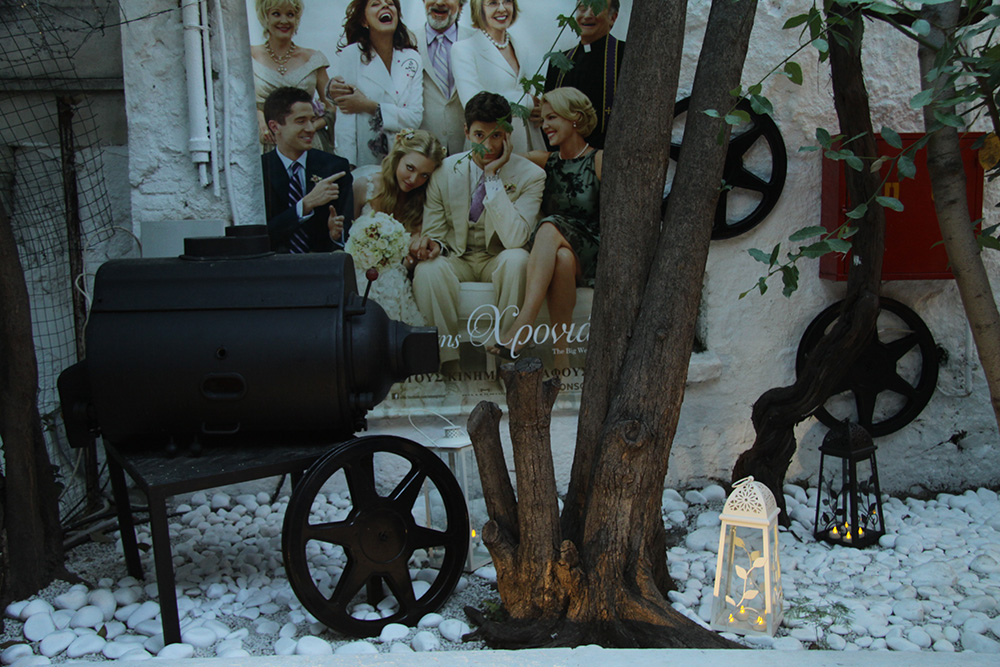 So named after the cistern that it sits on that once supplied water to all of Athens, Dexameni square is a cool, green city-square with an open-air cinema that has an island-like look and feel. With white-washed cobbled pavements, labyrinthine alleys and cascading bougainvillea,  Dexameni is a great setting to spend a lazy, hazy, crazy summer evening. 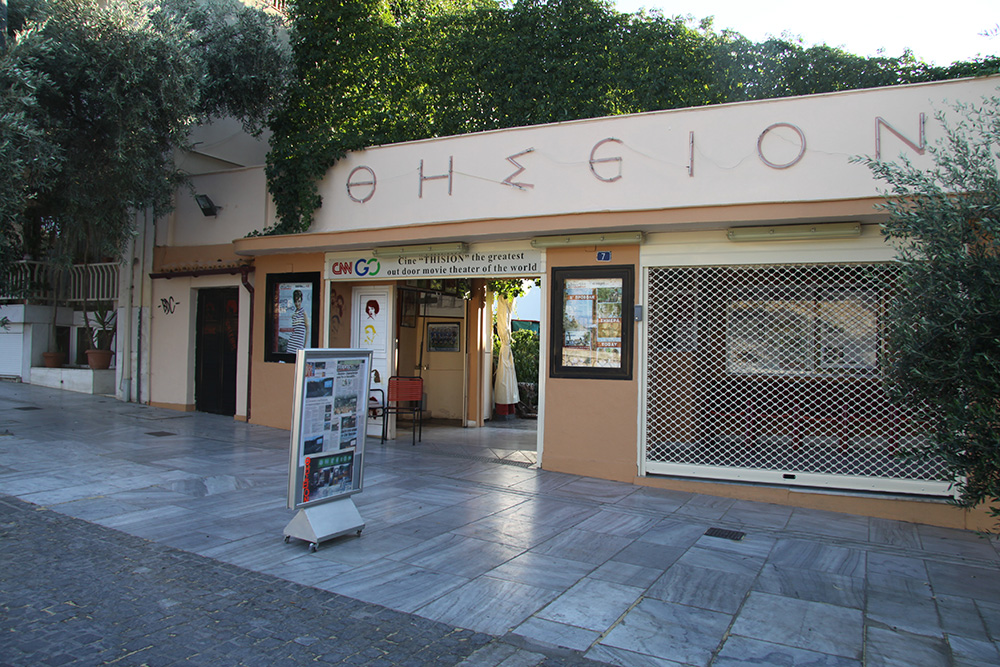 Built in 1935, Cine Thissio remains the undisputed queen of open-air cinemas. Voted  by CNN’s Hoishan Chan as ‘the best movie-theatre in the world for being as interesting as the movies it shows’, Cine Thissio has a majestic view of the floodlit Acropolis and is located just a few hundred meters down the pedestrian path from the ancient Herodus Atticus theatre.

Park your Cinema at SNFCC 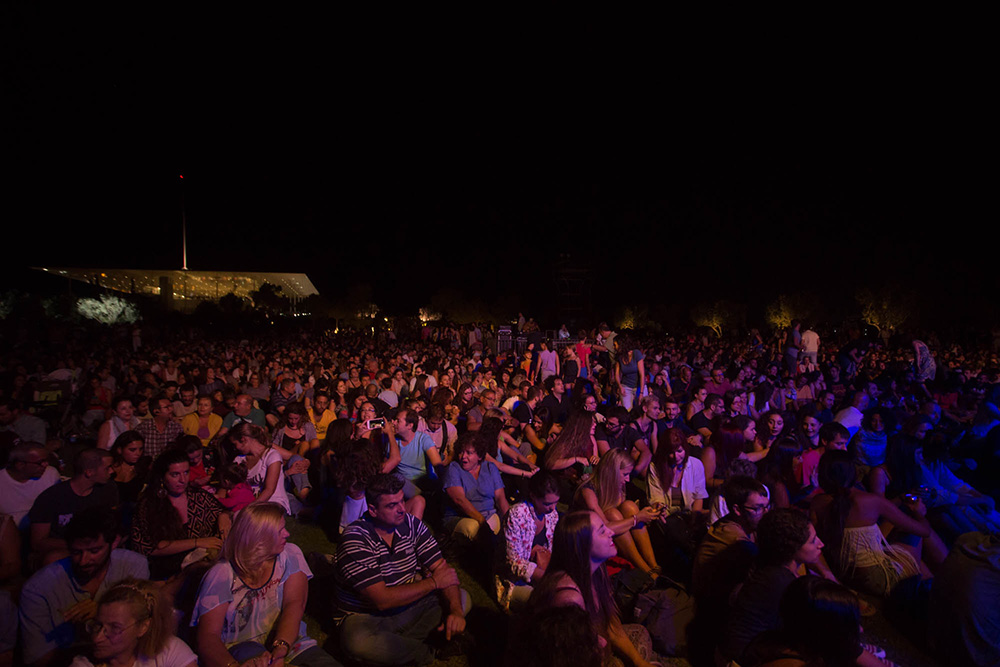 Each summer season, the Stavros Niarchos Cultural Centre hosts its hugely-popular Park Your Cinema free open-air screening series on their Great Lawn, offering Athenian film buffs the chance to discover, or enjoy on a big screen for the first time, cult classics and family favourites – from Breakfast at Tiffany’s to Finding Nemo – that have offered indelible moments of fun around the world for decades.. 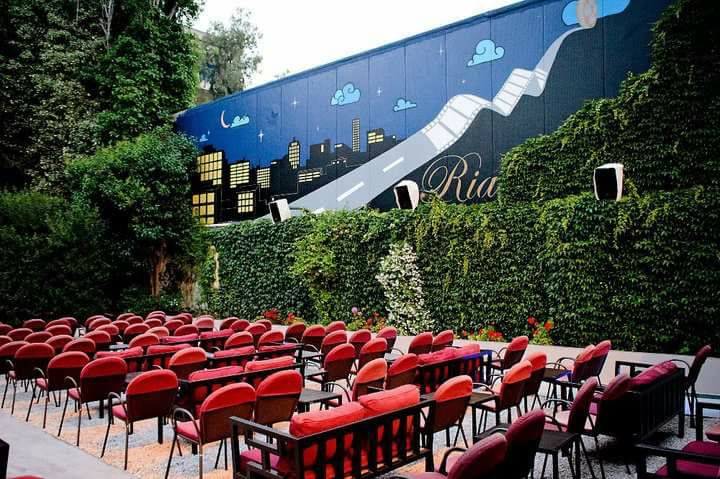 Al fresco cinema near the seaside adds an extra summer garnish at this bright and breezy garden cinema in central Varkiza that’s one of the southside’s loveliest (especially when the roses are in full bloom!).