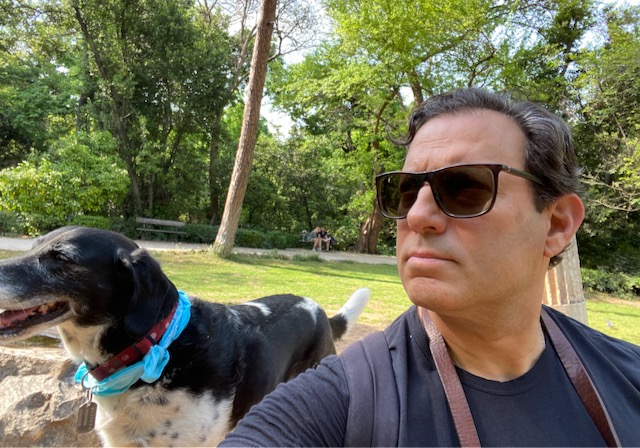 His social media posts decry vandalism and civic apathy while inspiring his fellow citizens to protect their heritage. Fund-raiser and former Executive Director of The Hellenic Initiative, Peter Poulos speaks to Athens Insider on the urgent need for civic engagement and public private partnerships. 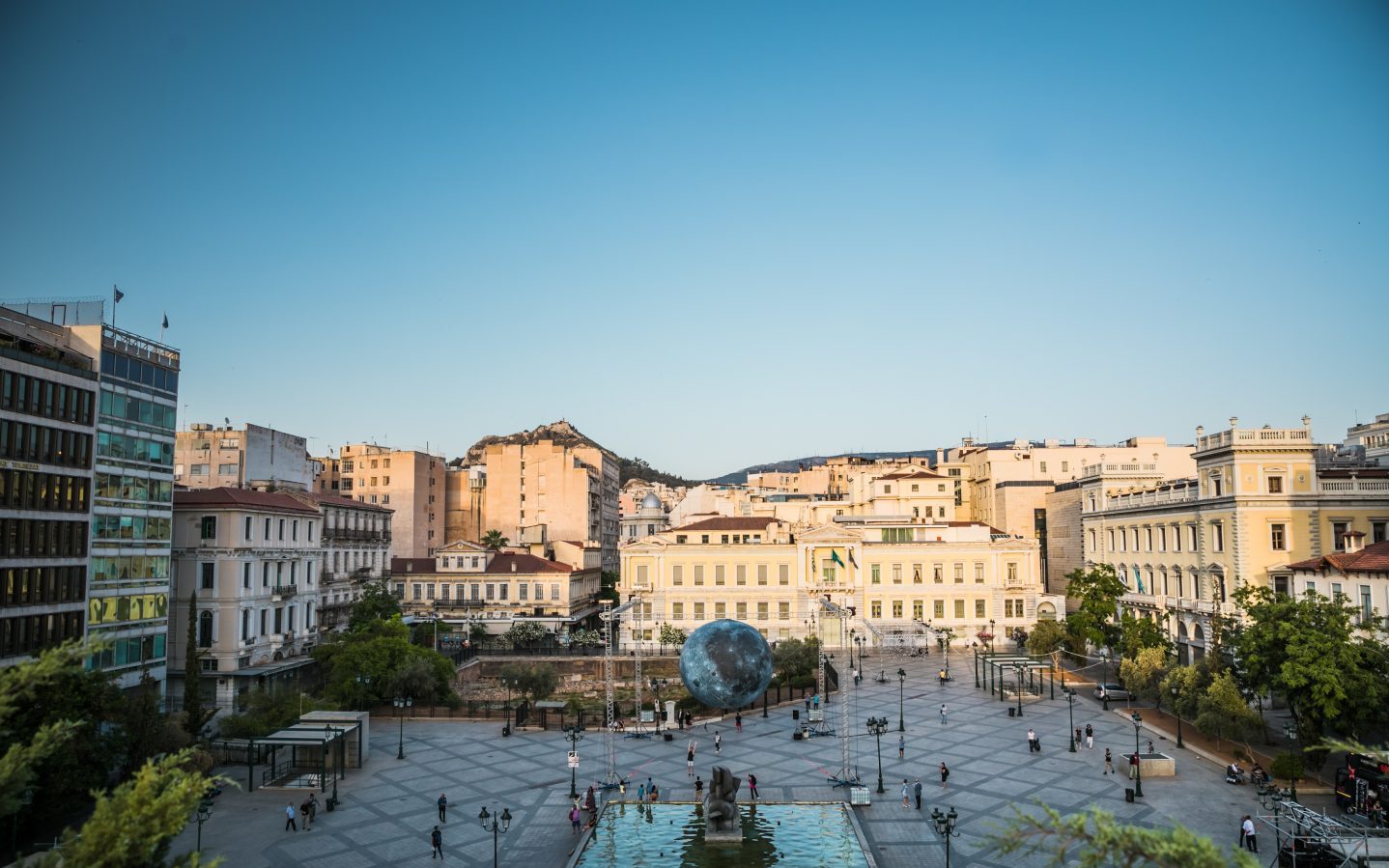 Public-private partnerships have a bad rep in Greece. Have you seen that change during the past decade?

Having studied Modern Greek History in college and having spent my semester abroad in Athens back in the 80s studying international relations I have always been interested in the political landscape in Greece. Until recently there appeared to be a major disconnect between the public and politicians in Greece. Politicians felt like winning an election meant it was their opportunity to exploit the country’s people and resources to their own advantage. The notion of winning public office to serve as a public servant seemed foreign and foolish. And even if you elected a strong leader with the right ideals the inner circle cabinet members seemed to always disappoint. Now suddenly and thankfully you have a PM with all the right stuff, a cabinet, for the most part, that cares and acts as public servants, a first lady who is a successful businessperson and eloquent advocate for the country and many regional mayors who seem to genuinely care about improving the lives of their citizens. In my previous role as Executive Director of global non-profit The Hellenic Initiative, I witnessed firsthand the change a federal government and a local government could make when they were open to and encouraged public-private partnerships. So, if feels like a new day for Greece. 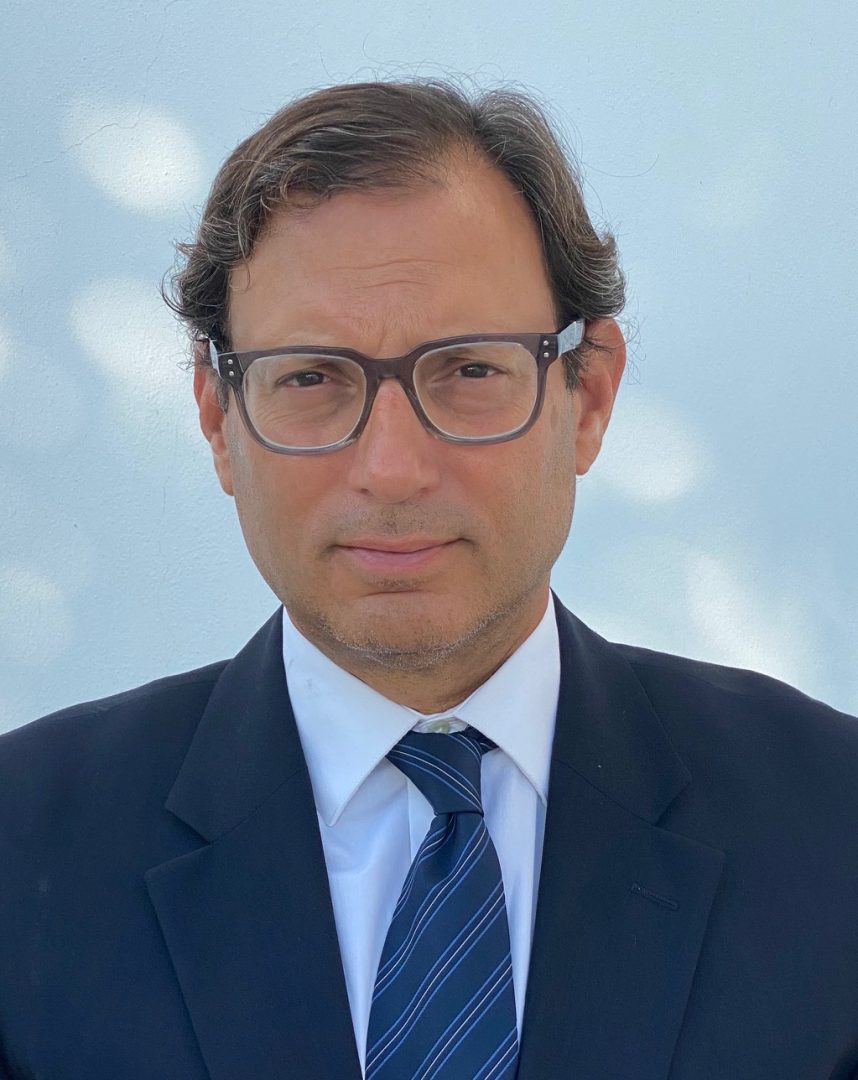 You’re part of a rare breed of civic boosters – engaging with the city to protect its modern history and to help improve municipal services to serve citizens better. Where did you pick up that sense of responsibility?

My parents have been the greatest influence in my life, and they instilled in me and my siblings the need to care for others and to give back. They both grew up in hard working Greek immigrant families that were business owners in New York. That hard work led to success, but they never let that success cloud their commitment to helping others. So, we volunteered at our church, at our schools, for our towns and for politicians that supported the greater community and the less fortunate. So, when I began my professional career, first at the firm of Manatos & Manatos in Washington, DC and then working for U.S. Democratic Senate candidates I took with me those life lessons. And of course, I worked for great public servants. Politicians who were great thinkers and took their responsibility to improve the lives of others seriously. It’s a great gift that Greece has politicians who are now acting in this manner.

There are a lot of new communities investing in Athens that do not have a connection to Greece. How do we keep them here and keep them engaged?

You have already answered your question, the best way to keep new communities invested in Athens is to keep them engaged in Athens. And engagement is two-way street, investors invest their dollars in improving the city but need to also commit to investing back into the broader society. A competitive advantage that Athens has over other cities is that people experience Athens and then don’t want to leave. Athens has a unique en[1]ergy, all its own, and once it gets into your blood stream it is impossible to shake it. So, when I hear about new foreign investment in the city and then I read about those companies sponsoring the creation of a pocket parks or graffiti removal, or a new R&D center I under stand that the issue of engagement is being addressed.

What are some of the recent accomplishments that couldn’t have been achieved by the public or private sector alone?

I touched on this in my last answer and now I would like to expand on the role PPPs have played in re[1]moving graffiti vandalism from the historic center of Athens. THI was approached by former Athens Mayor George Kaminis, with the support of the Athens Part[1]nership and Bloomberg Associates, to address the problem of graffiti vandalism, which had literally covered all of the city center. With financial support from THI, private corporations, local businesses, private citizens and many Diaspora Greeks the city of Athens was able to clean and maintain huge areas of the historic center thus creating a more pleasant and safe feeling environment not just for tourists but for local residents and businesses. The city did an excellent job of educating the local community, who had given up on downtown ever being rid of graffiti vandalism, that a program like the one launched could be successful. Thankfully, the current mayor and his team have done an even better job of ridding Athens of this vandalism, again with the support of the private and non-profit communities.

Is there a difference between new PPPs and traditional philanthropy?

Yes, there is a marked difference between new PPPs and traditional philanthropy, and it all has to do with problem solving and engagement. When the public sector and private sector sit down together to find solutions everyone wins. Handing over funds without strong coordinated engagement is no longer a viable philanthropic model. In my tenure at THI, I experienced this time and time again, the more engaged we were in an initiative the more successful the outcome. As I mentioned earlier the anti-graffiti vandalism campaign THI partnered with the city of Athens on allowed us to engage more closely with our donors. This resulted in a huge outpouring of financial support from the global Greek Diaspora community, something that would not have been as successful in a traditional philanthropic appeal.

Have we moved past the model of investment that was either for national development or for profit, toward a more conscious economic model?

As a country needing to survive in a global economy, we needed to look past traditional models of investment and engagement. And in particular, Greece needed to look at the strength of its human capital and match it with its investment profile. Basically, Greece needed a national plan and with the current government it finally received one. It’s no accident that companies like Pfizer, Microsoft, Tesla, Deloitte, Bain and others are expanding their presence in Greece. It has been the deliberate actions of the government that have encouraged this growth in investment and in turn the increase in the country’s productivity, decrease in its unemployment, and the return of many educated Greeks from abroad. It many ways it feels like the beginning of a new Golden Age. 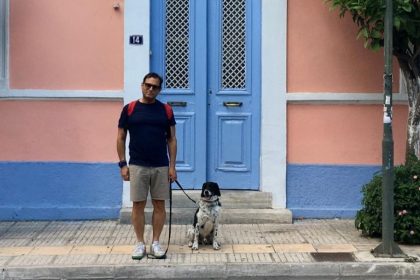 Peter Poulos and his faithful Mr.Stavros strolling through the city’s bylanes 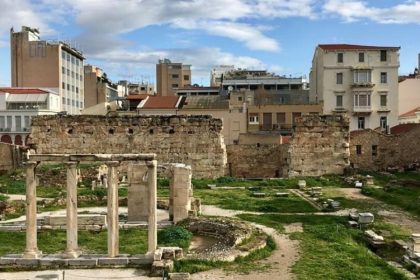 Do you think that investors are now applying ESG indicators to identify material risks and growth opportunities, and see their investments as long-term commitments, that engage with the community and invests in local partnerships?

The answer to your question is yes and that I hope to see it continue. And I must mention now strongly I believe social media has played an important role in keeping investors in check. When business and investors work sustainably the world ends up working better for all of us. I am always reminded of what the famous Golden Age Athenian statesman Pericles said, “What you leave behind is not what is engraved in stone monuments, but what is woven into the lives of others.” Words to live by.