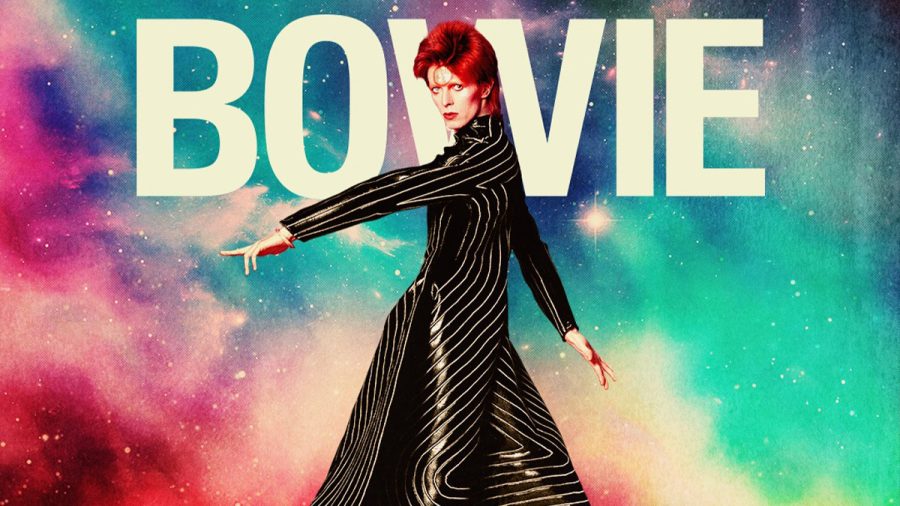 With 142 movies, 12 audacious premieres, and 4 major tributes, plus cult classics from the ‘80s in the Queer Britannia and New Hollywood  section of the festival, the Athens International Film Festival which runs until October 9 promises an immersive experience for cinephiles. Athens Insider rounds up the must-watch films at the festival. 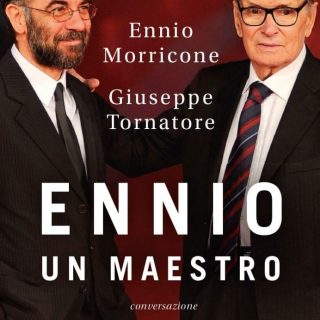 A tribute to Italian cinematic legend score composer Ennio Morricone, with a live performance by the Stavros Lantsias Quartet before the screening with Ennio Morricone compositions. Without Ennio Morricone, the marriage of film and music would have been left incomplete. His unforgettable 500 + musical scores for some of the greatest directors of international cinema (Clint Eastwood, Wong Kar Wai, Bernardo Bertolucci, Quentin Tarantino et. al) and music (John Williams, Bruce Springsteen, Hans Zimmer, Quincy Jones, among others) have left an indelible legacy in the worlds of cinema and music. 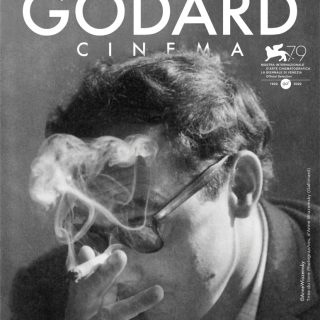 Few figures are inextricably linked to the art of film as Godard. No one defined it, radicalised it, patented it and provoked it as much as the patriarch of Nouvelle Vague did, during a lifelong legendary career which started at Cahiers du Cinema and took off during the analog 60s, at a time when everything was changing to reach the age of digital reality. All the more resonant with his recent passing. 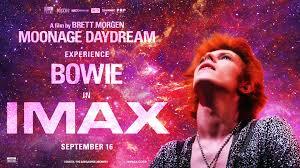 A documentary like no other, ‘Moonage Daydream’ is more than just a chronicle of the life and work of David Bowie. It’s a spectacular production inspired by his philosophy and cultural heritage, which works as an impressive audio-visual experience. With the blessings of the music artist’s family (who for the first time gave access to his extensive archive), the director gathered a large volume of material from never-before seen documents. In addition, he enlisted the help of Tony Visconti, legendary Bowie producer, to oversee the remastering of the songs used in the film, while months of sound editing took place. The result? A phenomenal attack on the senses that only works on the biggest screen possible and with the best speakers available. This is what’s in store for viewers of this (special) screening.

A series of queer films from an era defined by the AIDS scare and Thatcherism. For old-fashioned nostalgia for the 80s, Britain-as-it-once-was and cutting-edge queer cinema in Britain, here’s our curated choice. 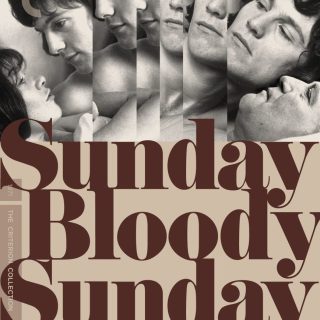 At a time where the open depiction of homosexuality, let alone the exchange of a passionate kiss between men, continued to be considered taboo in film, Schlesinger boldly did both, having at the film’s core two parallel love stories with the same object of desire, a twenty-year old man who sometimes shares his bed with a thirty-year old divorced woman and at other times with a forty-year old doctor. This brilliant drama assesses the chance for love, devotion and companionship in an emotionally alienating 70s London where old and new have to awkwardly come to terms. Nominated for a Best Actor Oscar (Peter Finch), a Best Actress Oscar (Glenda Jackson) and a Best Original Screenplay Oscar, causing quite a stir in its time. 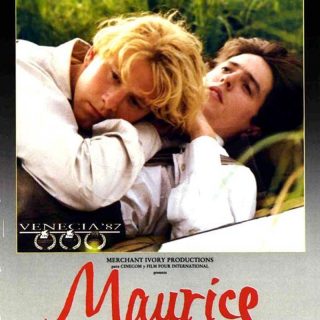 In Edwardian England, love between men rarely resulted in anything other than emotional suppression or social outcry. Through “Maurice” all manners of choices for a homosexual are depicted from a “camouflage” wedding to a risky pick up. Following the love pangs of three men in the conservative academic surroundings of Cambridge, James Ivory chose for his most openly queer and emblematic film the subtle triumph of love against the same prejudices that drove E.M. Forster to keep the similarly titled novel unpublished until his death. The film features Hugh Grant’s leading debut. 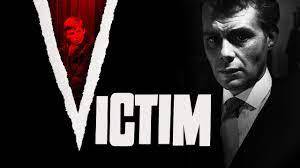 At a time when homosexual erotic acts where still considered a criminal offense in Britain, ‘Victim’ was not only the first English-speaking film to utter the word ‘homosexual’ but also a bold career move for a director of legendary comedies and an up-and-coming heartthrob of a leading man. Many of his colleagues were quick to reject the role of a married lawyer who falls victim to blackmail because of his sexual preferences, however Dirk Bogarde tenaciously persevered and gradually became a gay icon. Keeping the suspense of its film noir qualities intact, ‘Victim’ broke down the disparaging stereotypes allowing British film to ‘come out of the closet’ once and for all.

A selection of classic American films from the 1970s. 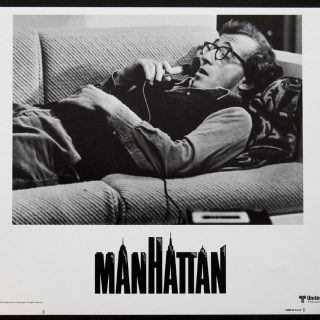 An ode to New York and the utopian quest for love itself, ‘Manhattan’ is Woody Allen’s most elegant work, full of Gershwin melodies in total harmony with the black & white cinematography of Gordon Willis, composing an almost imaginary view of the director’s beloved city. In this film, more than ever, and in an understanding manner, Allen bows down to human imperfection, striking the balance between impeccable comedic timing and deep melancholy, as the complex relationships unfold between the leading man he portrays and the women who surround him (Diane Keaton, Mariel Hemingway, Meryl Streep).
When: Saturday, October 1 at 6pm 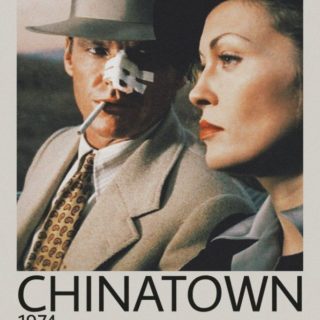 Through the tragic story of Jake Gittes, a private detective who becomes entangled in greedy business interests in 1930s Los Angeles, Roman Polanski delivers a fundamental renewal of film noir with what many deem the best film in his envious career. Almost five decades later, “Chinatown” maintains its legendary status due to its many virtues, from the Oscar-winning script by Robert Towne to the performances given by Jack Nicholson and Faye Dunaway. To this day, the film succeeds in preserving the atmosphere of another era as it uniquely reflects, in great part due to the highly pessimistic finale, the unprecedented lack of faith of American society in its institutions, in the shadow of the Watergate scandal and the war in Vietnam.

ALL THE PRESIDENT’S MEN 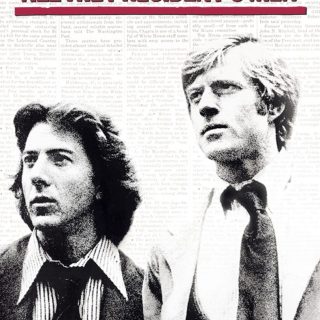 At the peak of 70s political cinema, and with the Vietnam wound still fresh, Alan J. Pakula rushes to retell the Watergate scandal while it was still hot, through the eyes of the journalistic duo that brought it to light. Under his guidance, Robert Redford and Dustin Hoffman immerse themselves in an evocative thriller, absolutely fixated on the defining details that would lead to Nixon’s resignation from the presidency and usher US politics into the worst period of the cold war era. The film received eight Oscar nominations, among which for Best Picture and Best Director, winning Best Screenplay out of the top awards.

Films from all over the world with a diverse array of narratives make for a thrilling program at the 28th annual Athens International Film Festival. You won’t want to miss these screenings. 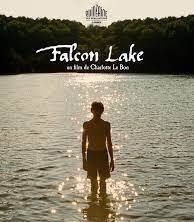 Bastien and Chloé spend their summer vacation with their families at a lake cabin in Quebec, haunted by a ghost legend. Despite the age gap between them, the two teenagers form a singular bond. Ready to overcome his worst fears to earn a place in Chloé’s heart, the holiday becomes a turbulent pivotal moment for the young boy. 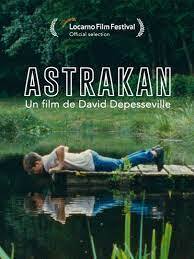 A twelve-year-old boy grows up in a foster family in the French countryside. His timid flirtation with a classmate, his murky relationship with his young money-motivated guardians, the religious conservatism of the local community and the outbursts of violence that emerge from the most unexpected everyday situations, destined to be recorded from the start in unoccupied corners of memory, these are the materials with which debutant David Depesseville crafts the impressionistic portrait of a vulnerable pre-adolescent experience. 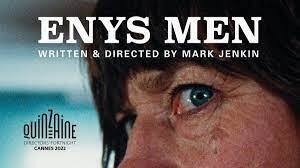 Set in 1973 on an uninhabited island off the Cornish coast, a wildlife volunteer’s daily observations of a rare flower turn into a metaphysical journey that forces her as well as the viewer to question what is real and what is nightmare.