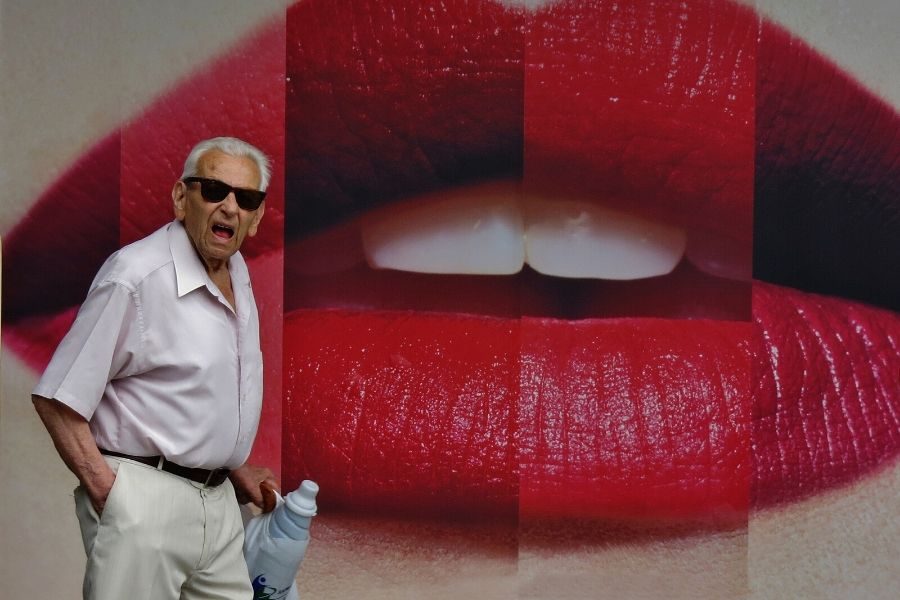 An old man yawning in front of a poster. ©Anthimos Ntagas

Anthimos Ntagas reveals the everyday humour and magic that Athens hides, through his mind-bending compositions. He speaks to Sudha Nair-Iliades on the art of ‘capturing chance encounters between the city, its people and its street art.’ 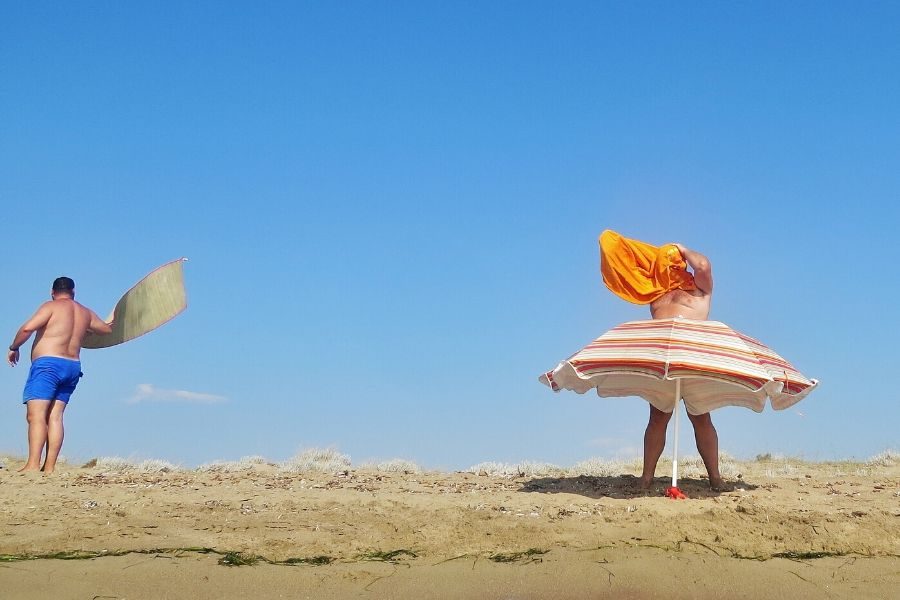 A day on the beach in the Peloponnese. ©Anthimos Ntagas

“Athens lends itself to street photography, there is so much confusion, energy, colour, humour,” Anthimos Ntagas, whose street photography has earned him a loyal following on Instagram, insists. His surreal images not only capture Athens in all its ephemeral glory, he captures the city’s underlying energy in that one instant when everything is perfectly aligned to create a hilarious illusory outcome.  Ntagas’real talent lies in elevating everyday scenes into something preposterous: a man yawning next to red, luscious lips, mouth seductively open; a man urinating into the mouth of a grafitti. Some images just fall into place instantly, others take months to capture the same sense of spontaneity and whimsy. Creative, to the point of being accused of staging his images, Ntagas insists that there is no substitute for real-life street theatre. ‘It is just a question of being at the right place, at the right time.’ 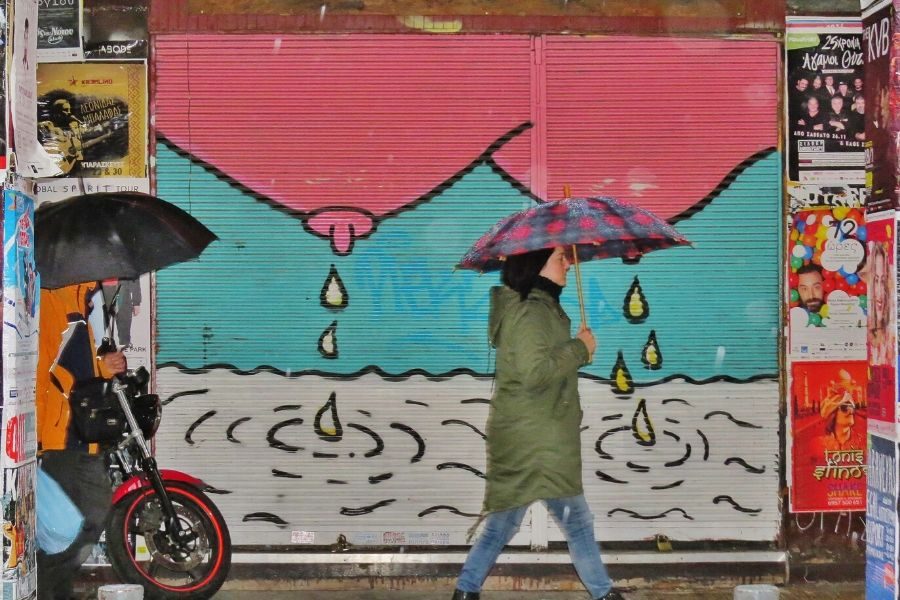 Your tongue-in-cheek style of street photography has earned you a large following on Instagram. What compels you to document things as they happen?

It all started as a game at Instagram. I wanted to create a gallery of images different from any other photographer. The more interesting photos I took, the more followers I gained. 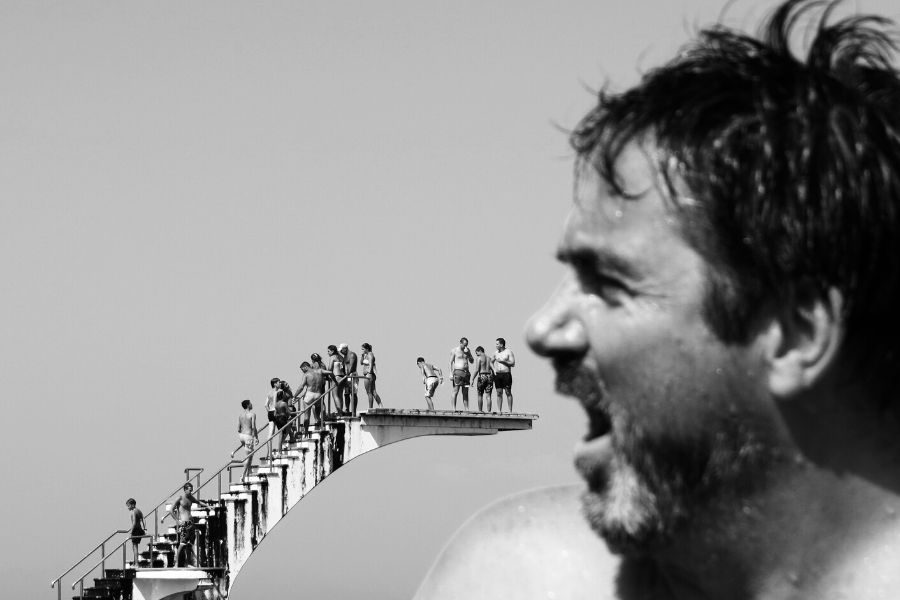 Does Athens, with its street art, and outdoorsy lifestyle, naturally lend itself to visual story-telling?

Definitely Athens with its street art and its lifestyle helps, but not any more than other cities around the world. An interesting city is not enough. You need imagination and to look at things from a different perspective to direct a photographic scene. 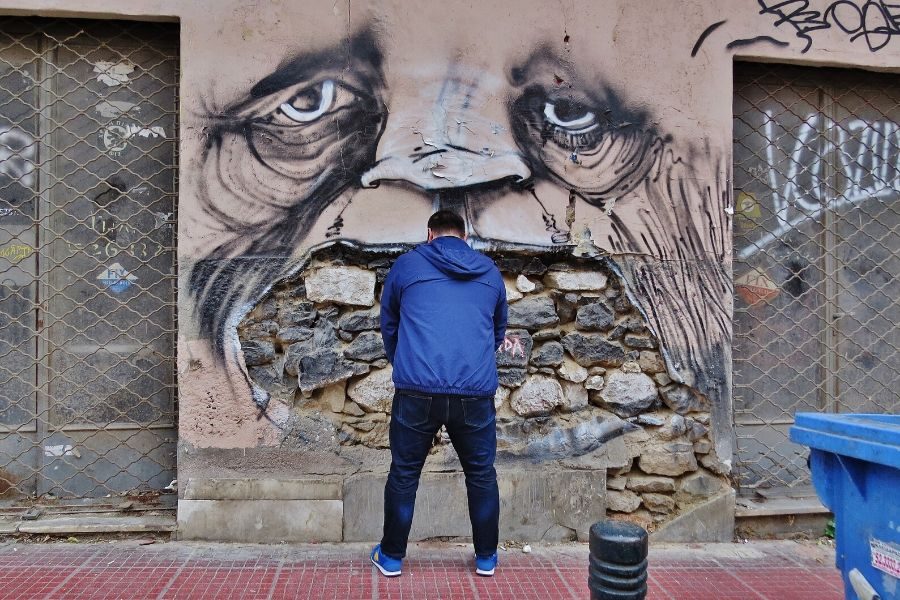 A man urinating into the mouth of a graffiti at Metaxourgio. ©Anthimos Ntagas

Are your photographs staged?

Not at all! I have been accused of staging my photos because of the unique situations I capture. I always take it as a compliment! 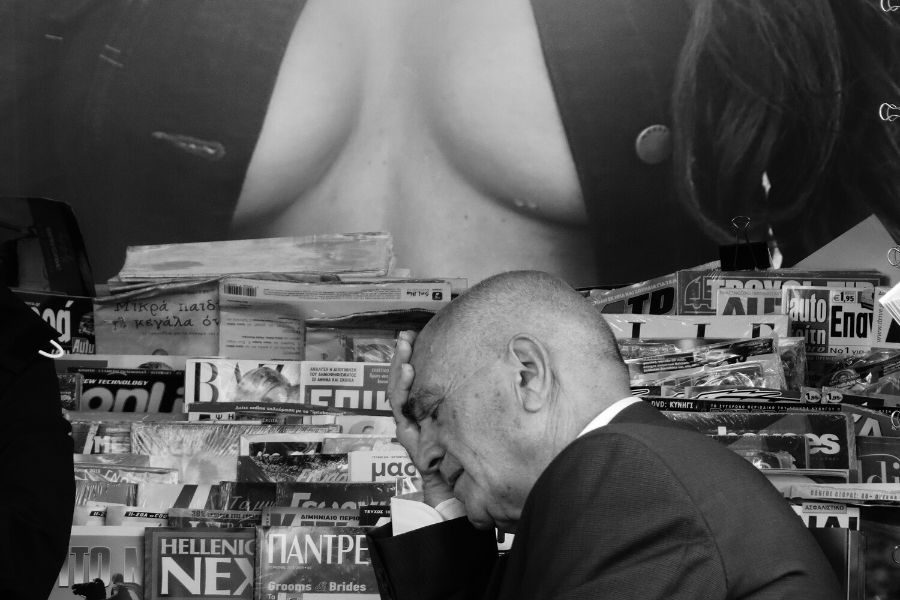 The newspaper seller rests his head at his kiosk near Kapnikareas church. ©Anthimos Ntagas

Which is your favourite image? Why?

A few months ago I took one of favourite photo while I was in New York. An old woman with white hair was walking in front of a street chimney with white smoke. The smoke became an extension of her hair as if her head was on fire. I like this photo for two reasons. First of all it reminds me of the great time I had in New York City. When I posted the photo a couple of months later it went viral. I got such a good vibe from my Instagram followers with all their comments, that photo had to take its place next to my heart. 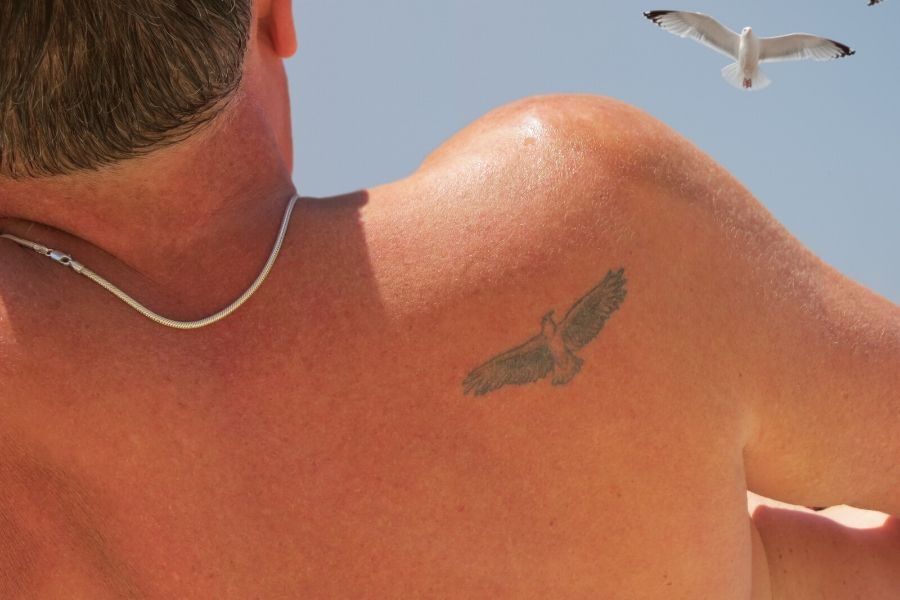 What was your most frustrating shot?

A year ago, I was walking in Brighton when I spotted a guy with a tattoo of “leather face”, a serial killer from a movie. In my effort to combine the tattoo with some other people in the background, I got really frustrated since he kept moving all the time. The result was a great shot with his tattoo displaying the head of the killer on top of another person’s body. 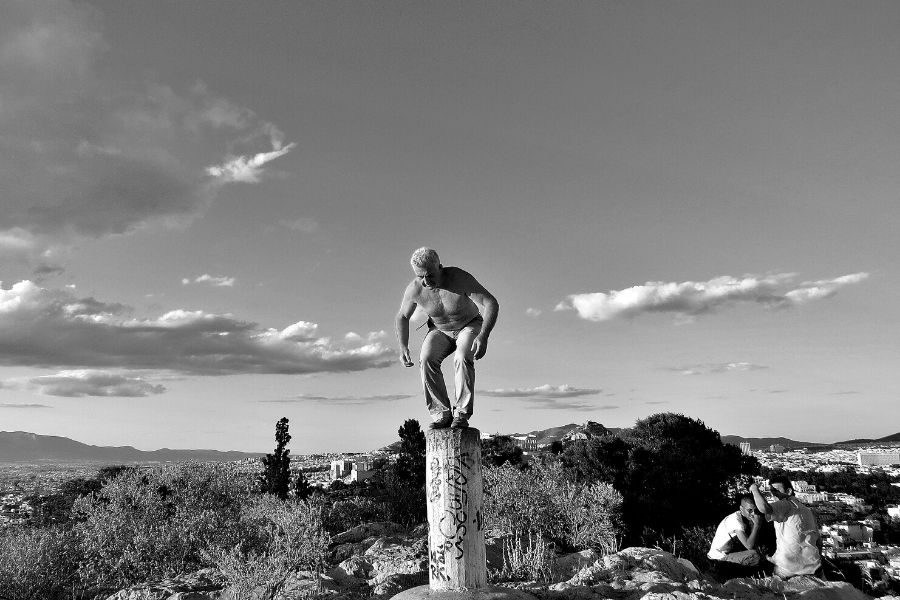 A tourist standing on top of a column at Philopappou. I took the shot just before he jumped off the column. ©Anthimos Ntagas