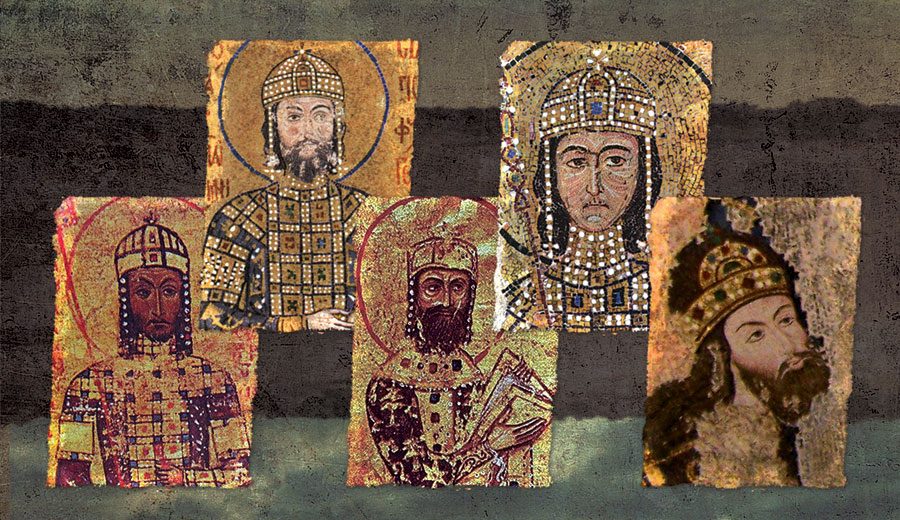 A fascinating read on an oft-ignored facet of Greek history – the role of the influential Komnene dynasty in the Byzantium’s battle for survival. John Carr’s latest work, published by Pen and Sword, is as engaging as it is enlightening.

In case you were all wondering why our very own John Carr has been absent from these pages lately, the answer is that he has been doing some “serious” writing for a change.

This past half-year saw the release of his latest work under the Pen & Sword imprint, “The Komnene Dynasty:  Byzantium’s Struggle for Survival, 1057-1185.”  Its title may be a tad on the dry side, but the 224-page hardback, graced with colour plates, is a good, fast-paced read in the Carr style, casting a torchlight into a little-known nook of Greek history and coming up with material worthy of several historical thrillers (not to mention soap operas). 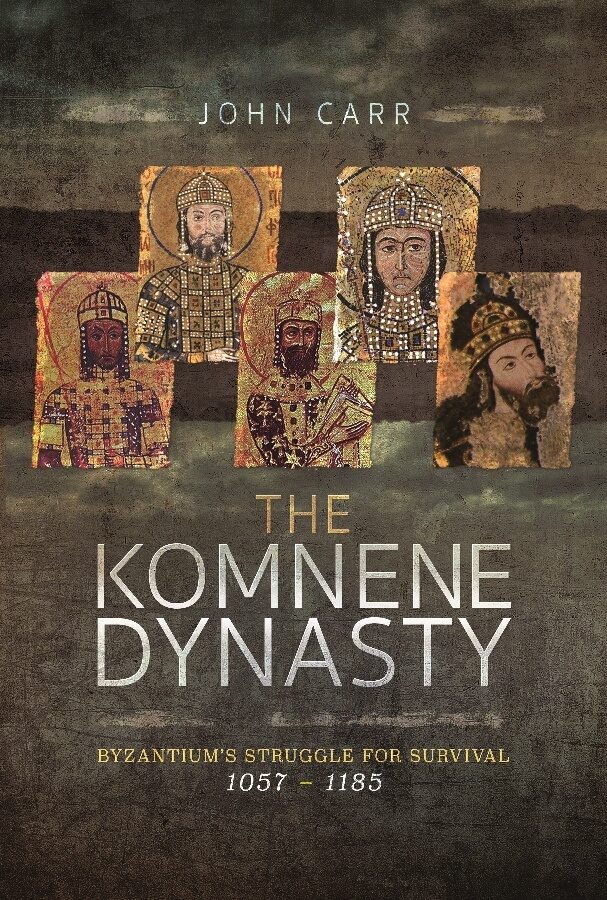 After the initial obligatory period of infatuation with ancient Greece common to almost all writers in this clime, Carr has looked deeper into Greek history.  “The Byzantine era still hasn’t really received the recognition it deserves,” he told this reviewer.  “In fact, the Byzantine, or Late Roman, Empire lasted 1,100 years – longer than the whole span of ancient Greek history.  In my research I came up with astounding human interest material.”

The pages bulge with it.  On another level Byzantium had the dual task of keeping alive classical Greek culture and language along with Christianity.  The two did not always agree.  But somehow the balancing act was kept, which is why, in Carr’s view, “modern Greece owes far more to Byzantium than it does to some Western mental construct of what ‘ancient Greece’ actually was.”

And true, it’s a refreshing change from the diet of “Homer, Plato and Co” to read about what the Greeks were doing in mediaeval times.  The dynasty of the Komnenes in the eleventh and twelfth centuries waged simultaneous and long-term warfare against both the Muslims in the east and south, the Normans in the west and various pagan tribes such as the Bulgars in the north.

This warfare nourished leaders like the tireless and fabled Alexios I Komnenos, equally at home on the battlefield and in the comforts of the palace at Constantinople.  There is his fascinating daughter Anna Komnene, the author of the acclaimed Alexiad and power in her own right, who was not above employing a form of sexual torture as revenge against a politically uncooperative husband.  There is Andronikos I Komnenos, one of those rulers to whom the term monster can be applied without exaggeration, yet who held the utmost fascination for women.  There’s even a chapter on the Vikings and Anglo-Saxons who fled the Norman conquest of England in 1066 to serve Alexios I as a devoted personal guard.

History isn’t just about ideas and trends and what revisionist theorists define as “process.”  As John Julius Norwich, the doyen of modern Byzantinists, asserts, history is as much about people as processes.  Carr, schooled in journalism, follows this model in that the people aspect is brought out more.  The motives of Alexios I, Anna and others are personalized to a degree that some scholastic purists may find misleading.  But reading this fine book leaves us with little doubt that this mediaeval Greek dynasty all but ignored by the West has given us the ingredients of a very good and fast-paced read.

The Komnene Dynasty:  Byzantium’s Struggle for Survival, 1057-1185. Published by Pen and Sword Website. Available at all leading international bookstores in Greece and on amazon.co.uk