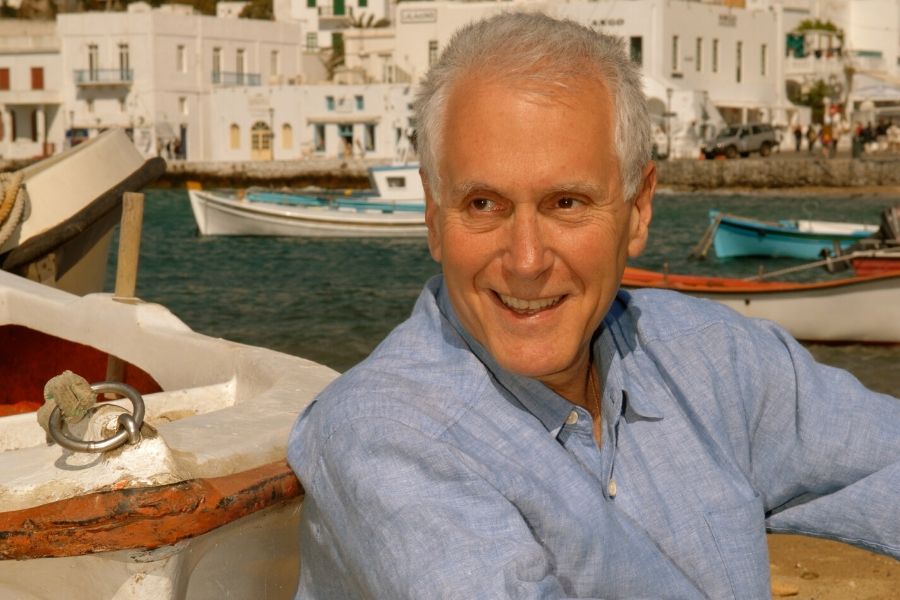 People | 03 Dec 2020
We don’t want to hear it or be reminded it. The Voice of Reason. In the seventh of his monthly chronicles on living through pandemic times, as told from the perspective of an American mystery writer who has called Greece home for 35 years, Jeff Siger insists on why we cannot wear our noise-cancelling ear plugs just yet.  Do not ignore the Cassandras, he suggests, as we move from Thanksgiving to Christmas!

Sadly, this year my wife and I could not make it to Greece, but as a consolation prize we’ve spent most of our time isolated at our pastoral New Jersey farm waiting for this plague to pass.  That has yet to happen.

Since my column one month ago, our world has experienced the once unimaginable, except to fans of science fiction and far-out dystopian political thrillers—plus, of course, to those brave public health professionals who told truth to power, warning in the starkest terms what lie ahead; only to be ignored, dismissed, and pilloried, as would be expected of modern day Cassandras.

I cannot imagine how different life will be when my resident bear emerges from hibernation in the spring. Hopefully, much better.

During the past thirty days, the United States elected a new President, and despite how loudly the current one protests, a new President will be sworn in at 12 noon on January 20, 2021. Over that same month, new Covid-19 infections in the US rose to nearly 200,000 per day.

The numbers boggle the mind and dull the senses.

So much so, that America’s Centers for Disease Control (CDC) and virtually every credible public health professional given the opportunity to speak, warned Americans to forgo their much-loved Thanksgiving holiday tradition of large family get-togethers, lest those numbers skyrocket higher in the weeks that follow.

From news reports, much of America did not listen.

We are in the midst of an epic catastrophe. How we got here historians will dissect for decades. Much criticism willundoubtedly fall upon leaders who proved themselves not up to the challenge, who chose baffling strategies that ignored simplemeasures to safeguard their citizenry, and who dismissively branded the pandemic a hoax.

But let us not forget there’s blame to be shared among our fellow citizens who chose not to wear masks, not to sociallydistance, not to avoid crowds, and not to wash their hands conscientiously. I’m talking about those who knew the drill, but ignored it in service to disparate political, economic, and socialagendas. Agendas with goals they believed more deserving of their faith and confidence than a simple request that theytemporarily modify their lives so to protect their families,communities, and themselves from an invisible, silent, merciless slayer.

In that dare may lie an answer to why so many fail to grasp thetrue impact of this pandemic, and the import of their actions and non-actions: Bombs are not exploding around them, rivers arenot flooding over them, ground is not giving way beneath them, and buildings are not crashing down upon them.

The corona virus’ deadliest advantage may prove to be that its effects are not obvious enough to turn skeptics into believers–unless they visit hospital ICU units overrun with Covid patients,morgues stacked with bodies of Covid victims, cemeteriespacked with Covid mourners, or rehabilitation centers filled with the crippled bodies of survivors who could not escape Covid’smany insidious long-haul disabilities.

Thank God there are vaccines and therapeutics on the horizon, for I dare not think of how we’d fare were our survival contingent upon each of us doing the right thing for the common good. With the finish line in this race for survival so close, all of us should band together to do whatever is necessary to assurethat we all cross it safely.

I sense a hidden reward should we somehow find ways to feed the food insecure, save small businesses facing extinction, shelter the homeless, and provide renewed work opportunities for the unemployed. If we come even close to achieving those goals, it would seem but child’s play to mobilize the same world-wide cooperative scientific efforts that brought us Covidvaccines in record time, to join together in common cause toward eradicating other killer afflictions, such as cancer, tuberculosis, heart disease, Alzheimer’s, and AIDS.

Does that sound Pollyannaish?  Of course it does.  But at the moment, I prefer Pollyanna’s optimism to Cassandra’spredictions of misfortune.

I’m sure the bear agrees. I think I’ll call him Apollo.

Victoria Hislop: I yearn for the time when we can live normally again …