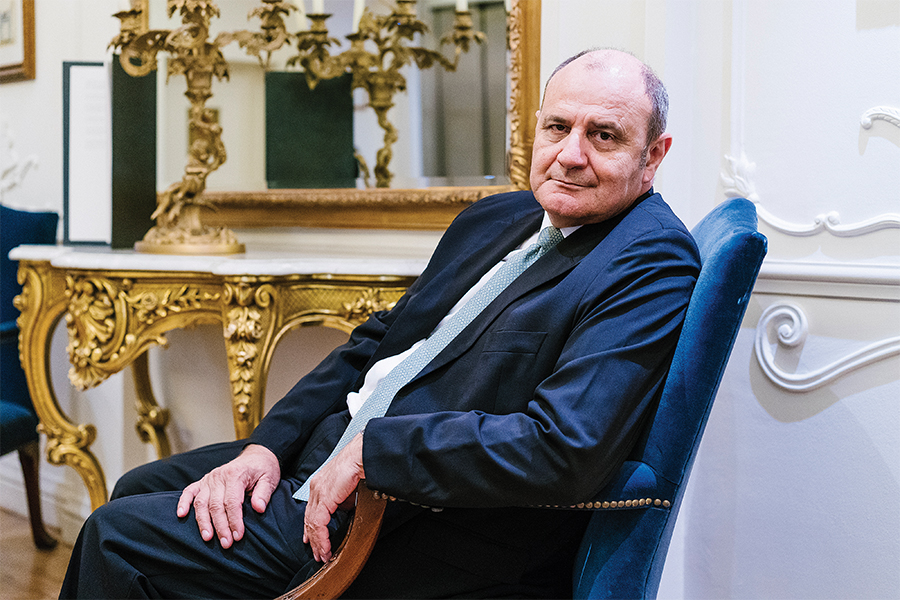 Tim Ananiadis, the greatly admired Managing Director of Hotel Grande Bretagne and King George, who led his hotels with extraordinary vision and humility to their iconic position as some of the most coveted luxury destinations in the world, takes a well-deserved retirement after a glittering career in Greek tourism. Few hoteliers have had such an exacting role to play, under such demanding circumstances. The Hotel Grande Bretagne has been in the front seat of some of the most joyous and tumultuous moments in recent Greek history, and Tim’s team delivered throughout, with the highest levels of service.

I’ve known Tim Ananiadis for over 20 years when Tim was responsible for the Hyatt Regency in Thessaloniki. I was then a young activist, trying to bolster support for foreign women working in Greece, on a shoe-string budget. A cold call later, Tim was on board, supplying elegantly packaged lunches for the over 500 enthusiastic participants who attended the conference. When I took on Athens Insider shortly after, his unflinching support continued.

Tim’s brand of people management was more about shared values and a shared vision than top-down authoritarianism. He was discreet to a fault; he was invisible and present at the same time; he shied from publicity despite being the face of one of the most recognisable hospitality brands, all while earning the quiet respect of his staff, clients and his industry peers.

When he left for my native Bombay to take on the realms of the Grand Hyatt Mumbai, Tim sought me out. We had a quick exchange on the dos and don’ts of negotiating one of the toughest markets in the world. My advice was simple. “Deal with Indians like you would with Greeks. Appeal to their emotions and they are yours, for life.” 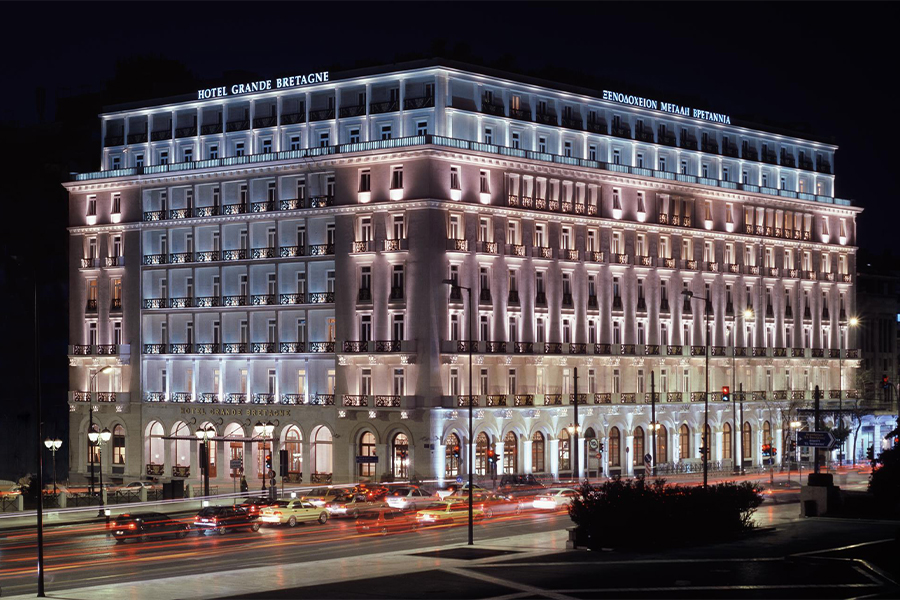 Two years later, in 2004, he was back at the helm of the gleaming new Hotel Grande Bretagne, now restored to its former grandeur, in time for the Olympic Games. A lot was riding on the image of the city, and Greece had received a lot of bad press for being inadequately prepared. Tim and his team were on hand to receive the legions of heads of state, celebrity athletes and business tycoons who had descended on the city to witness the Games. 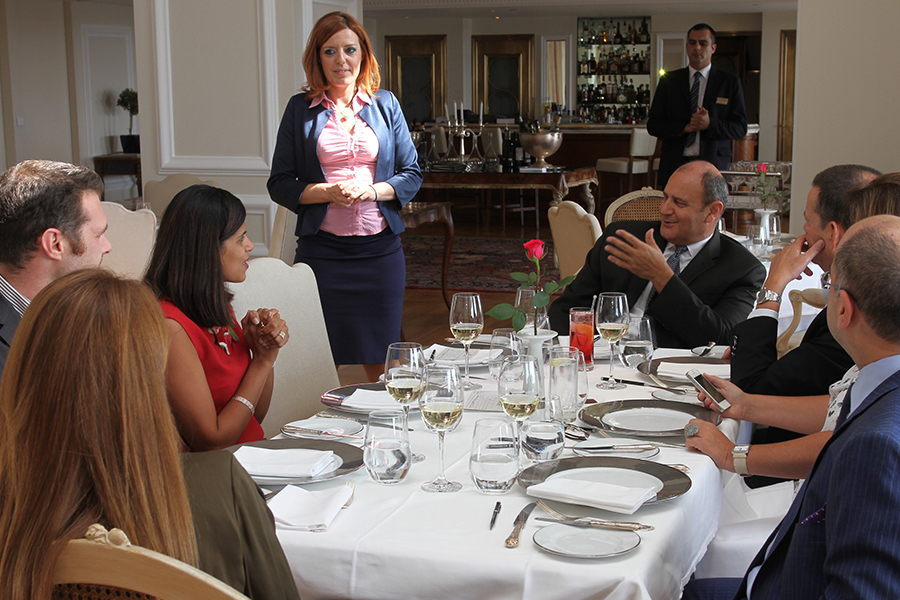 Tim Ananiadis expounding on The Business of Luxury during Greece’s economic crisis at Athens Insider’s Think Tank, The King George, 2013.

The extensive renovation of the Hotel Grande Bretagne meant that the timeless grande-dame was now the most sought-after venue for high-society weddings and charity galas. But beyond its imposing exterior and gleaming silverware, it was the attention to detail, the personal courtesies extended to everyone who walked in through the Grande Bretagne’s doors, that stood out.

Ask any of the GB’s staffers, and they’ll inform you that it was a trickle-down culture led by example from the very top. Tim Ananiadis had managed to elevate this hotel to a truly world-class destination by inculcating a strong sense of service and ownership, setting a benchmark for the industry.

For me personally, and for Athens Insider, Tim was ever-present with his consistent support and generosity – we hosted our annual Think Tanks on a wide range of pressing issues from the impending threat to democracy to tapping into Greece’s tourist potential,  the business of luxury in an economic downturn, and the European identity crisis – bringing some of the most interesting Athenians to the table.  The animated discussions over sublime meals were often to the backdrop of frenzied protests at Syntagma. 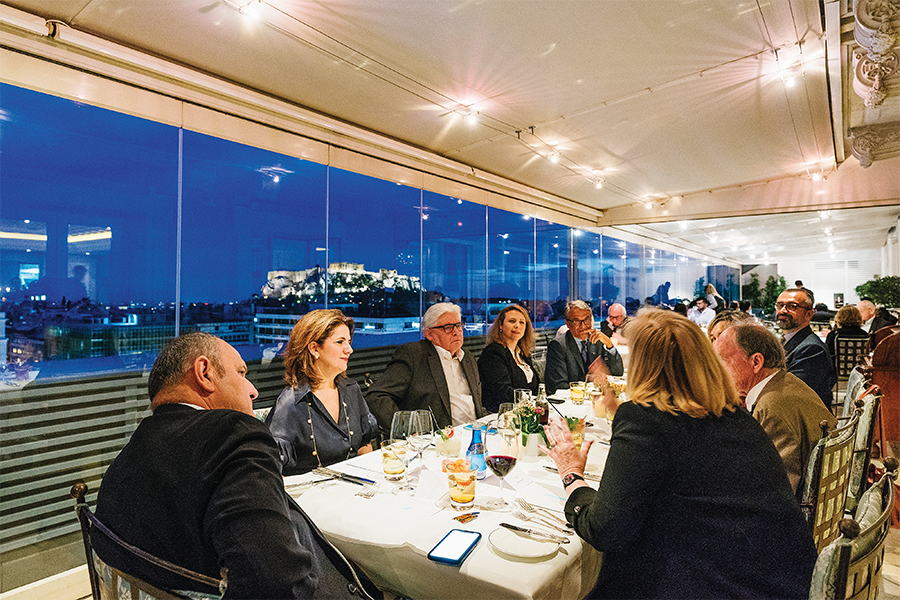 As everyone who has known Tim will agree, he leaves behind an enviable legacy. Tim will serve as a senior consultant with the Laskaridis Group and join Lampsa’s Board of Directors.  As he prepares to spend more time with his family between Athens and Miami, we can only thank him for being such an inspiring presence.

Tim, your quiet authority will be sorely missed but we’re sure that your legacy will live on through the young minds you’ve shaped and the lessons you’ve imparted to those who will carry on the mantle in the Greek hospitality industry tomorrow.