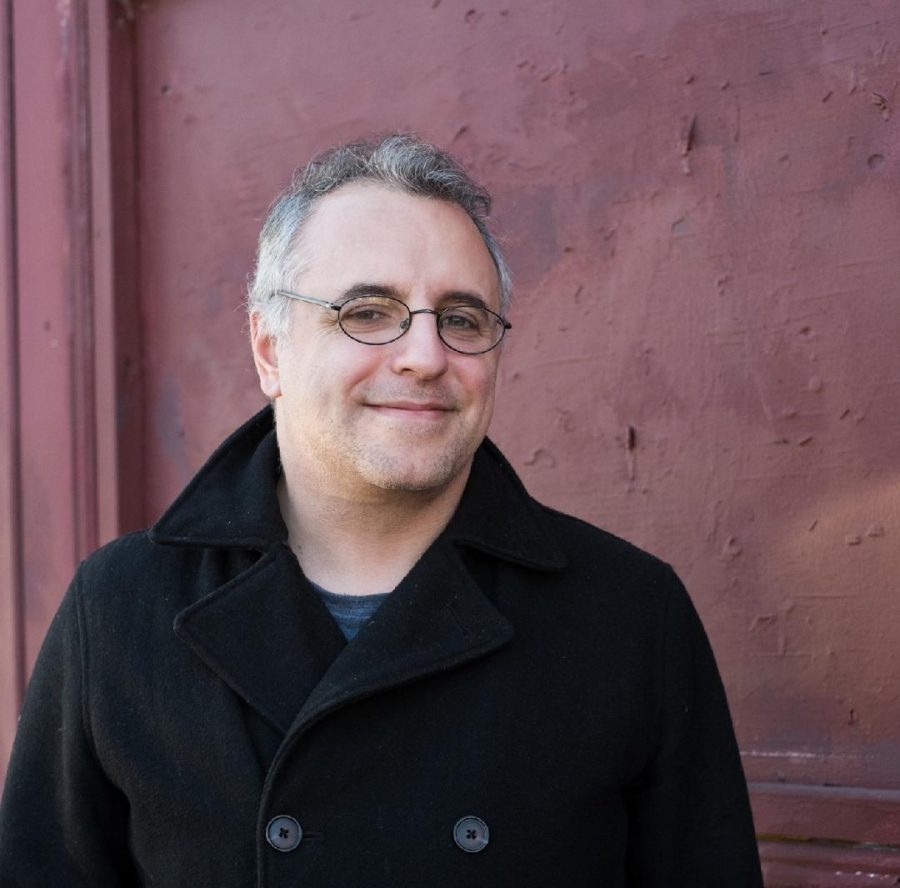 A Hugo and Shirley Jackson Award nominated novelist, short story writer and essayist, Nick Mamatas’ latest book The Second Shooter hits the shelves wherever books are sold this month. The dark, tightly-plotted and uproariously funny novel is a deep dive into strange conspiracy theories, social media and social strife in America. The Second Shooter comes out just as Kyle Rittenhouse was being cleared of charges for the killings he committed during last year’s uprisings. Mamatas took some time out this week to talk to Athens Insider’s Cara Hoffman about the inspiration for his work, the real island where people live forever, the Pan-Ikarian Brotherhood, and the future of fiction.

Can you talk about the role mythology plays in your work. Diner waitresses just might be goddesses, Lovecraftian monsters might be lurking in Kerouacian settings. There’s always an interplay between the heroic and prosaic, the internal landscape and the external one. What’s going on here?

When I was a kid, I read a fair amount of short fantasy and science fiction—I had a subscription to Omni Magazine when I was way too young for it, and one of the first books I ever bought with my own money was a short story collection by Kit Reed. Omni contains early stories by William Gibson, plus stuff by Robert Silverberg, Howard Waldrop, Suzy McKee Charnas, etc. They tended to set their stories in what was closer to the real world than, say, Star Wars or Lord of the Rings. The fantastical or science fictional element tended to be just that, an element rather than the whole setting. I also grew up in a Greek-American family, so any element of Greekness was of interest. If a character on TV had telepathy, I’d get a little lecture on how telepathy is a Greek word. To get us up to speed on speaking and reading Greek, my father would read myths in Greek and then casually translate/summarize them. Sciron, basically a serial killer who would make you wash his feet first before kicking you off a cliff and into the mouth of a giant turtle, definitely stuck in my mind. It was also simply not unusual to be told something about “Greek history” that was purely mythical, but treated as a matter of fact. Of course Ikaria was discovered when Ikaros washed up on the shore, dead and covered in melted earwax and burnt features. But by whom if he was dead? Decades later, a Greek priest who also ran a pizzeria in the small town in Vermont in which I lived declared us cousins because he’s from Crete, and of course “in history” as he put it, Daedalus was Cretan and his son “founded” Ikaria (???), so so so…so much for Christianity!

Ultimately, while I liked books about elves and/or spaceships full of people, my early reading and childhood convinced me that broadly realistic settings and fantastical/science fiction elements in the realistic setting were better and more sophisticated. 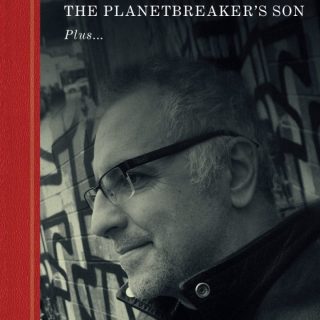 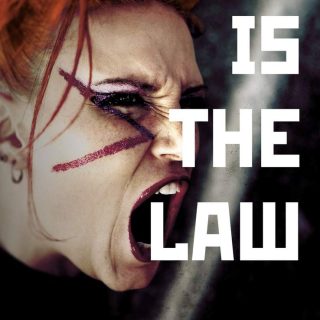 Your mother is Greek American and your father is from Ikaria–known for its beauty, its communist population, and for being the place where people live forever. Did you visit Ikaria as a child? Did you grow up listening to stories about the place? How has that family/political/geographic history found its way into your work?

I did not visit Ikaria until my twenties, which is very atypical of Greek-Americans, where frequent visits “home” are common. But I did grow up in an Ikarian-American enclave on Long Island. Let’s put it this way, there’s a national social club in the US called the Pan-Icarian Brotherhood. Major cities like New York and Philadelphia and Detroit have chapters, as do smaller industrial cities in Ohio and across the midwest…and so too does the 7000-person town on Long Island where I am from. And it was a big chapter! And growing up during the Cold War, I was largely immune from the silliest sorts of anti-communist propaganda, as so many of my relatives were at least nominal communists. I’m also ridiculously healthy given how much candy I eat, so I’m pleased that Ikaria, which is also fairly radioactive and was a squalid place of internal exile after the Civil War, selects for longevity.

You’re a prolific writer and have been compared to Philip K Dick, Lewis Caroll, HP Lovecraft and JD Salinger. Your novel Move Under Ground is such a finely tuned satire one feels as though they are actually reading Kerouac. There is enormous dynamism in your work and a feeling of play even in the darkest most pessimistic novels, can you talk about that?

I don’t know if I am that prolific, though I do like to write and publish short fiction and usually publish several pieces a year. I suppose I always have play/satire/humor in my work, even when it’s horrific, because there is always play/irony/humor in life. People crack jokes even when they’re being tied to a pole before a firing squad, and burst into laughter at the funerals of their most beloved relatives, and life itself is ironic, indeed inescapable. I’m also very suspicious of sentimentality in fiction, though of course that’s what sells, even in horror and crime fiction. How many innocent young blonde girls just discovering their budding curves will we need to tear apart as though they were paper dolls until you cry about it? seems to be the central aesthetic question. Irony negates sentimentality. 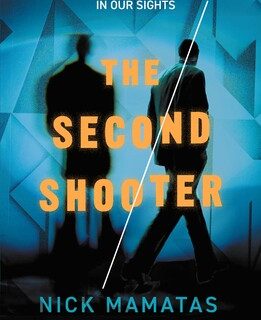 Your latest book The Second Shooter launched within days of the most recent mass school shooting in the US, it’s publishing during a time of polarization in the country and a time of deep belief in conspiracy theories. What has the response been so far to the book?

Every day is within days of a mass shooting event in the US, so there’s never a good time to release a book like The Second Shooter, though I did delete some promotional tweets I had sent out just as Kyle Rittenhouse was being cleared of charges for the killings he committed during last year’s uprisings.  The Second Shooter also fell victim to supply chain collapse, and missed its release date of November 9th due to an issue with sourcing boxes to pack the printed books in. It’s now trickling out into stores and online retailers arbitrarily, with no particular release date. So far, it’s a cult novel—everyone who gets it, likes it. Everyone who hates it, at least so far, does so because they find it inexplicable and nonsensical.

Your novella The Planetbreaker’s Son presents a bleak future of people’s personalities/consciousnesses uploaded to computers that are hurtling through space. We’re living during the advent of the metaverse and AI writing programs. Do you think novels as a form of literary expression are going to survive?

Oh, I think postliteracy will destroy the novel before AI or the “metaverse” (it’s just post-text and entirely privatized cyberspace!) will. I do think the tale will survive even if the novel doesn’t. AI narratives just seem like parallel processing of Gysinesque cut-ups. AIs generate a lot of text that sooner rather than later collapses into goop, but then someone curates the results and stitches it back together, just like all the scraps of paper littering the floor of William S. Burroughs’s room in Tangier. Instead of him and Ginsberg getting high and trying to paste and repaste the stuff together into something compelling to send to a merely drunken editor in New York, we just have twenty million Ginsberg-operations per second, and then a human editor who might be drunk or who might just drink nothing but smoothies. It strikes me that’ll be more of a novelty, or an extended inspirational Tarot card reading for authors, than anything else. In an AI-rich environment, I actually bet on the short story to persist over the novel.

Nick Mamatas is the author of several novels, including Move Under Ground, I Am Providence and Sabbath. His short fiction has appeared in Best American Mystery Stories, Year’s Best Science Fiction and Fantasy, Tor.com, and dozens of other venues. Much of the last decade’s short fiction was recently collected in The People’s Republic of Everything. Nick is also an editor and anthologist: he co-edited the Bram Stoker Award-winning Haunted Legends with Ellen Datlow, the Locus Award nominees The Future is Japanese and Hanzai Japan with Masumi Washington, and the hybrid fiction/cocktail title Mixed Up with Molly Tanzer. His short fiction, non-fiction, novels, and editorial work have variously been nominated for the Hugo, Shirley Jackson, Stoker, and World Fantasy Awards. Nick currently lives in Oakland, California. 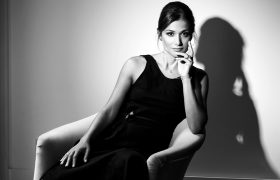