“The epidemic allows no choice” 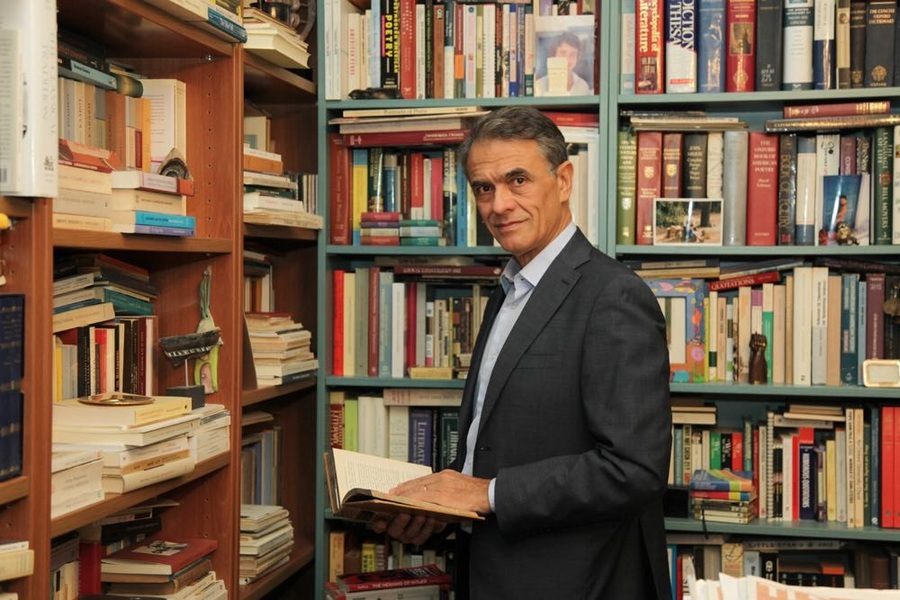 It was Blaise Pascal who said that all the troubles of humanity came about because of the difficulty men had in simply being happy to sit alone in their rooms. In the first of our Insider stories series on reflections of being confined, Haris Vlavianos, poet, translator, literary critic and Professor of History and Politics at the American College of Greece muses on the result of such an enforced confinement.

My friends stress how lucky I am, that in a house with thousands of books, I now have time to read everything I hadn’t gotten around to before. They forget that reading takes time, but it also requires a certain mental disposition. It is – passionate readers know it – a source of great pleasure. In these dramatic conditions, where we all live enclosed, not by choice but by necessity, I admit that the mood for reading, at least for the time being, is not that great. When you hear and watch the news every day of so many of your fellow beings losing their lives or struggling to carry on, it’s difficult to seek refuge in this slow, and indulgent, process.

I try, of course, every day to read some poetry – my daily tonic. A few days ago, for example, I read for the hundredth time The Free Besieged the epic, unfinished work, composed by Dionysios Solomos, inspired by the third siege of Missolonghi, a crucial conflict of the Greek War of Independence. In some ways, aren’t we all the free besieged? Yesterday, Larkin and Auden’s poems were in order. I read some of their short poems, but I couldn’t finish  Age of Anxiety – a composition I love very much and, as its title suggests, extremely pertinent.

Today, when I finish this text, to revive my morale, I am thinking of reading Xavier de Maistre’s A Journey Around My Room as I, like the book’s hero (confined to his room), have been travelling for twelve days (and will continue to travel) inside my house: bedroom → bathroom (shower, toothpaste, shaving – not to morph into Tom Hanks’ Robinson Crusoe-like character in Cast Away who has conversations with a ball!)→ kitchen (to have my morning coffee) → desk (making several stops browsing through my bookshelves to chat with authors I might meet) → kitchen (for lunch) → living room (a walk around the table is always reinvigorating) → terrace (to get fresh air and water the flowers) → desk (sitting in the armchair to read more comfortably) etc. or, alternatively, I stay in the bedroom (where, like Ivan Goncharov’s Oblomov, lying on the bed, I stare at the ceiling for hours, reminiscing about the places I’ve been to). 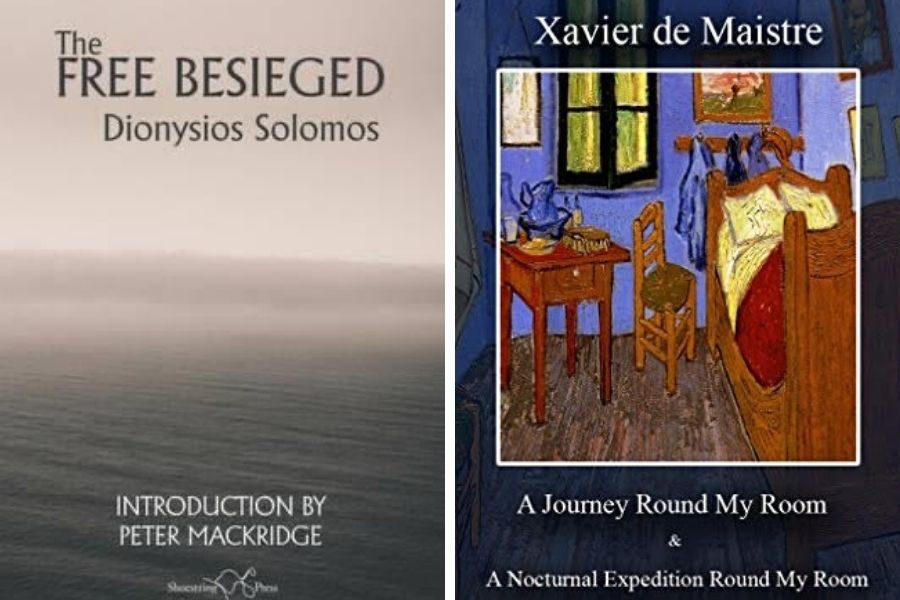 We must overcome fear and depression – I say this to myself first. To learn to live in this reality, however gloomy it may be. Past generations have lived through worse. And they didn’t even have the means to keep in touch with their loved ones, as we can today with the tools at our disposal. Our isolation seems painless.

Yesterday, on the 11th day of my incarceration, I decided to take a walk on Lycabettus. I saw people with bowed heads. Some people’s eyes were full of suspicion. I suddenly felt like one of the characters in Jose Saramago’s Blindness. Fear and depression unfortunately spread rapidly, just as rapidly as the coronavirus, and I wonder if the stocks of humour (which is always the strongest antidote in such situations) will hold.

As the weather improves, we will remain disciplined, stare at the trees and mountains from our balcony (the fortunate few lucky to have such views, of course) or some of us will go out onto the streets and beaches again crying desperately (fitting in the context of the National Day celebrations) «ελευθερία ή θάνατος» “freedom or death.” And how will those who have lost or will lose their jobs survive the coming months? And those who live alone with health problems? And how resilient are our doctors and nurses? And how long will they be able to offer their services with such selflessness?

However, things are not all that bleak. There is also the bright side of this unprecedented state of affairs. Certainly, this adventure will bend some, but most of us may come out stronger, more mindful. Relationships and friendships will be tested, some will be shattered, but those that endure will surely be the ones that deserve to – the ones where love, devotion, kindness, generosity will prevail.

I talked about the selflessness of nurses and doctors because they are at the forefront of this battle. But in its wake, many others have also shown the same altruism and sense of solidarity. From supermarket and pharmacy staff to our politicians, who have finally learned how deadlocked blind partisanship and cheap demagoguery can be at a time of national crisis – something they had forgotten during Greece’s financial crisis.

A month ago, I finally completed translating T.S. Eliot’s The Waste Land, after six years of exhausting work. It was to be launched by Patakis in ten days. Faber & Faber had approved the cover and the book was ready to go to print. Unfortunately, the release for obvious reasons, was postponed for later. You can imagine my disappointment. But as my gaze fell on the translation scripts next to my computer, I suddenly contemplated something I had not weighed before and which in a sense seems tragically ironic.

When Eliot was writing The Waste Land, another outbreak had erupted in the world, that of the ‘Spanish flu’, which had killed over fifty million people. In Great Britain, where Eliot was then living, over two hundred thousand people died. However, this did not stop neither Eliot (who got the flu and was sick for a time), nor Pound, nor Joyce, nor Woolf, nor Cavafy, nor Palamas, or Sikelianos, from continuing to create in their attempt to overcome despair and distress, to give meaning to their lives. 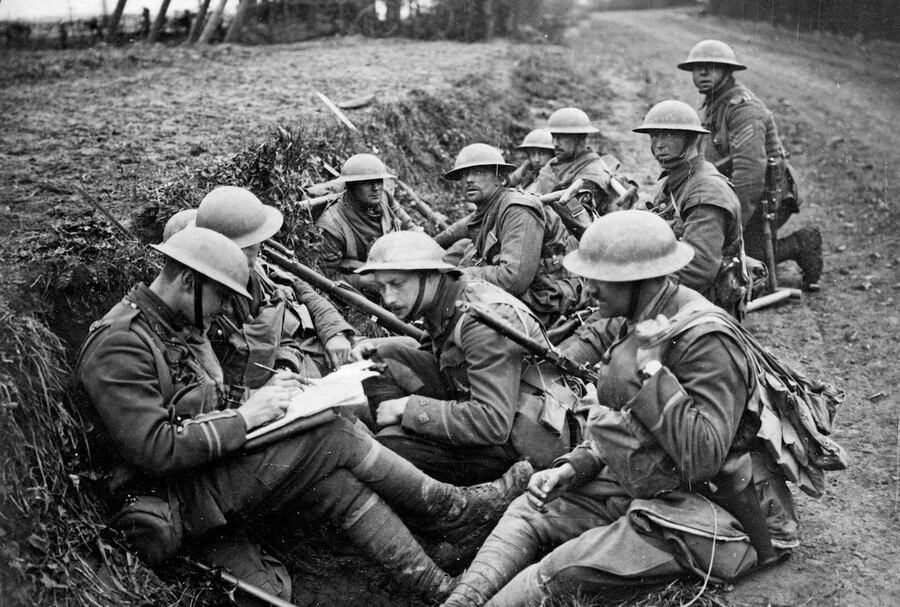 Even in the trenches of World War I, Owen, Sassoon, Peguy, and so on, not to mention Wittgenstein, continued to write. The same thing happened in the next, even more devastating, war. Elytis’s The Sovereign Sun, Egonopoulos’s Bolivar, Gatsos’s Amorgos, were written and published during the German Occupation.

I’m not arguing that everyone can have a way out by writing poetry, novels, or philosophical tracts, like the poets and philosophers I mentioned, but we can all give our daily lives the content and quality it didn’t have before. The prerequisite, of course, is to have the means to survive. And that is the role of the government, to take all the necessary steps to make this possible.

I’ll close with something cheerful, with a funny snapshot of what I had included in my book Britannica. Two 19th century French aristocrats speak. The first says: “Wonderful day! What do you say to take a walk in the countryside?” and the second, obviously agitated, answers: “Countryside? That dreadful place where chickens run around uncooked?”

So, home with roasted chickens, good music, powerful books (leave Camus’ The Plague or Boccaccio’s The Decameron for later), good movies with our loved ones, whether they are by our side or talk to us through our screens. And to return to Auden, as he writes in his famous poem, “September 1, 1939”; the date the Second World War broke out:

To the citizen or the police;

We must love one another or die.

Substitute the word “hunger” for “epidemic” and the truth and urgency of these lines speak to us now. “We must love one another or die”. 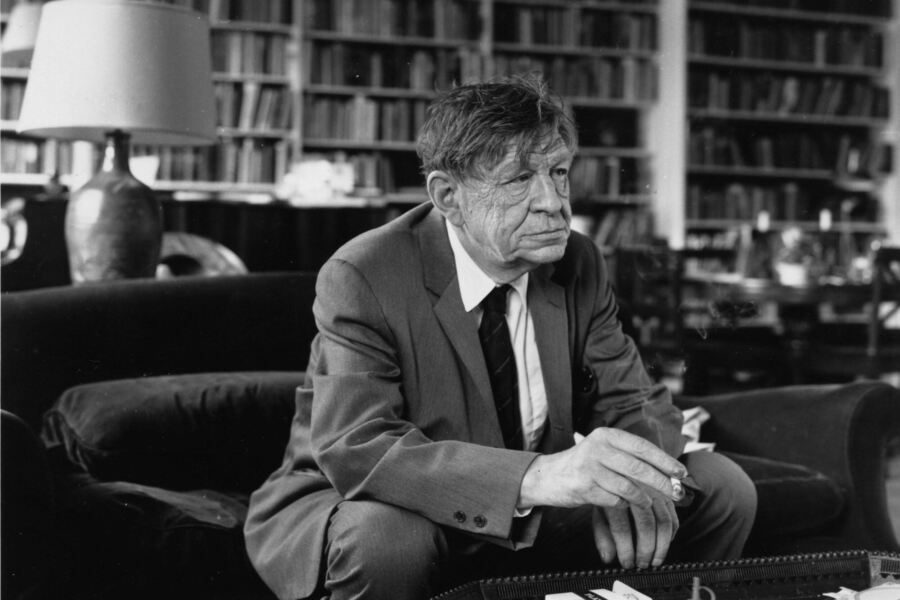 Everything seems the same but nothing is