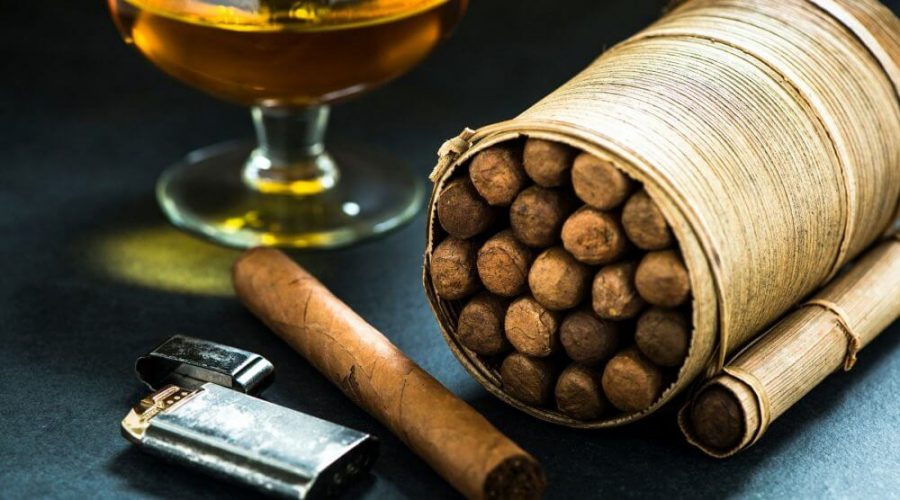 Smoking a cigar – while not everyone’s thing – always makes a strong statement. Athens remains a city where cigar lovers can still inhale the pleasures of the moment, whether at regular cafes or at elegant bars over polite conversation. Julie-Anne Amiard takes her pick of Athens’ cigar-friendliest addresses – from new hotels to rooftop bars, wine cellars, old boys’ clubs and trendy watering-holes. 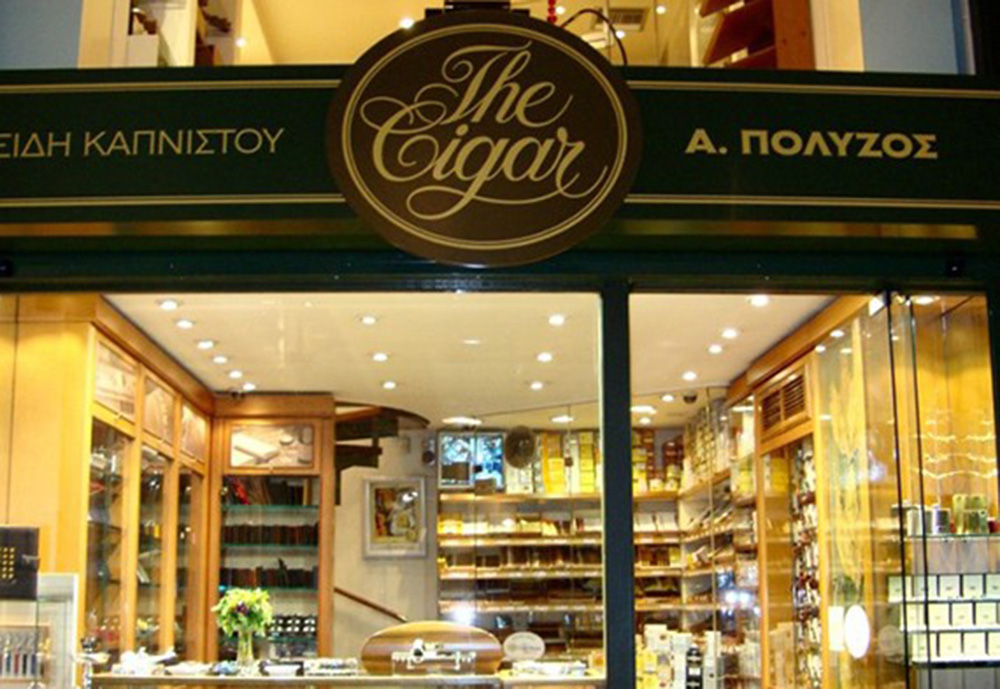 If the city has about a dozen stores dedicated to cigars, not to mention several of the streetside kiosks that stock it, The Cigar, on Kanari street, remains the definitive store for all things cigar. Opened in 1998, it is the oldest cigar boutique in the capital. The clientele is varied: politicians, actors, artists, occasional smokers or true cigar afficionados walk through its doors daily. The best-sellers are mostly Cuban: Cohibas, Partagas, Romeo Y Julieta, Davidoff. Apart from these, cigars made in Greece are offered such as Vamma Del Sol, which carry a lower tax and are therefore more affordable. 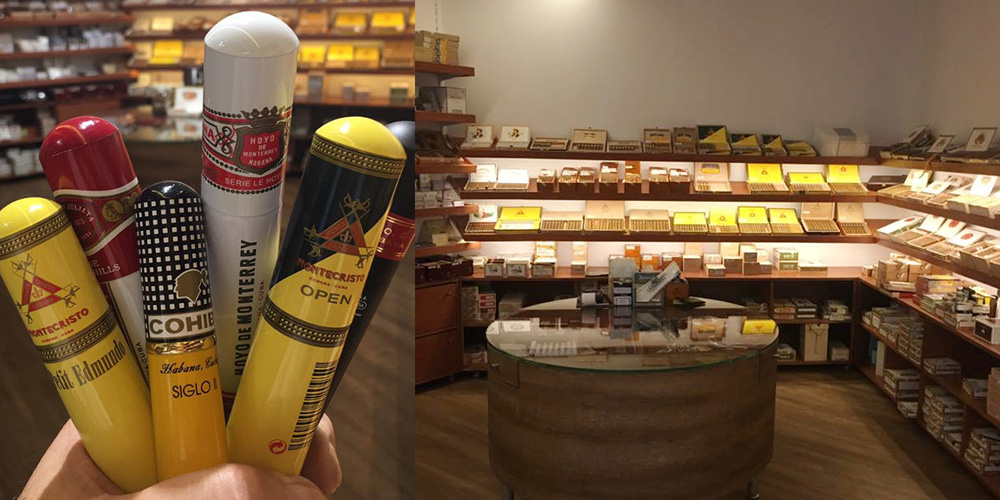 A stone’s throw from the Parliament is Miamis, a cigar shop founded by the Miamis brothers, offering more than three hundred Cuban handmade cigars including Bolivar, Ramon Allones, Trinidad, Vegas Robaina, San Cristobal de la Habana, Juan Lopez, Cuaba, among many others. In addition, cigars such as the Zino Davidoff, Puro d’Oro Momentos and Davidoff Primeros Maduro Zino Platinum series are sold too, not to mention those from Nicaragua, such as the Hoya of Nicaragua, Pantron and Dunhill. An exhaustive choice. 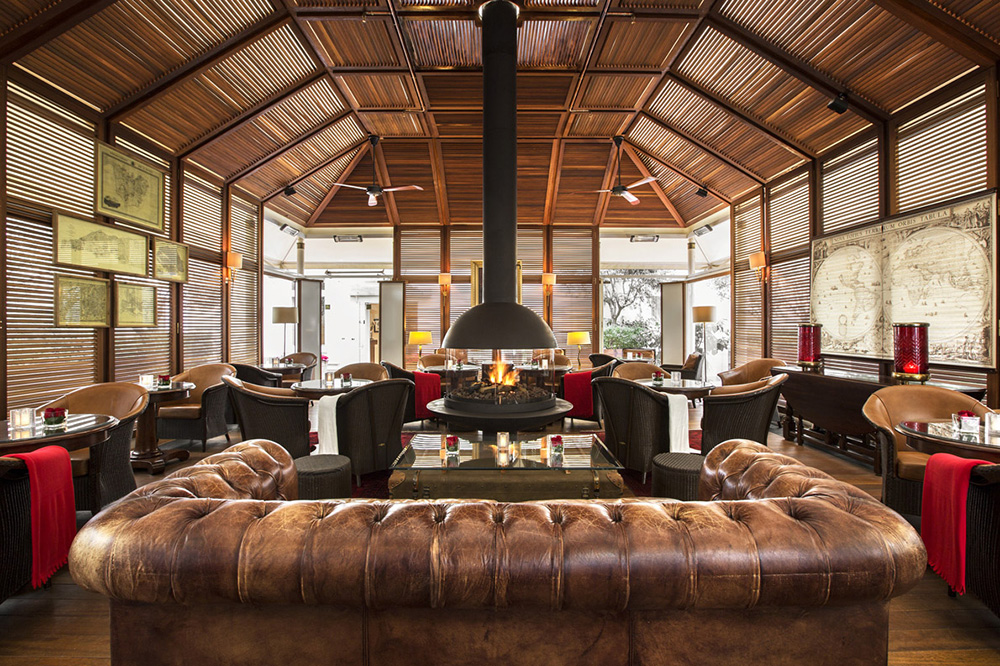 For a more elegant setting, away from the boisterous cafes that line Athenian streets, a real smoking room, a discreet bar with colonial undertones, tucked within the garden on the first floor of the Hotel Grande Bretagne, is Alexander’s Cigar Lounge.  A choice of some of the most iconic cigars diligently rolled “hecho a mano” await: Cohiba Robusto, Cohiba Maduro Genius, Montecristo A, Partagas D4 and Romeo y Julieta Churchill’s, among others. 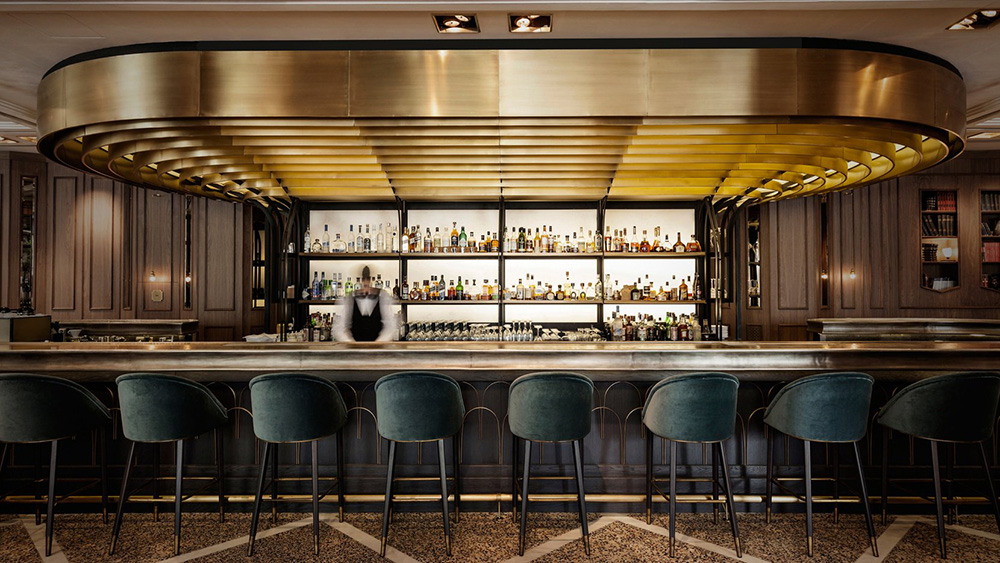 At the intersection of the uber-luxe Voukourestiou Street and Panepistimiou; amidst theatres, haute couture designer houses and fine jewellery brands is Zonar’s, a historic café-bistrot with French accents – a compulsory rite of passage for any serious Athenian. An address that has been faithfully frequented by the cultural and political elite past or present (Melina Merkouri, Sophia Loren, Jackie Kennedy and Anthony Quinn were regulars.) Today, 75 years later, the story continues. Zonars, with its Parisian charm and old-world ambience is definitely the address for a smoke luxe. 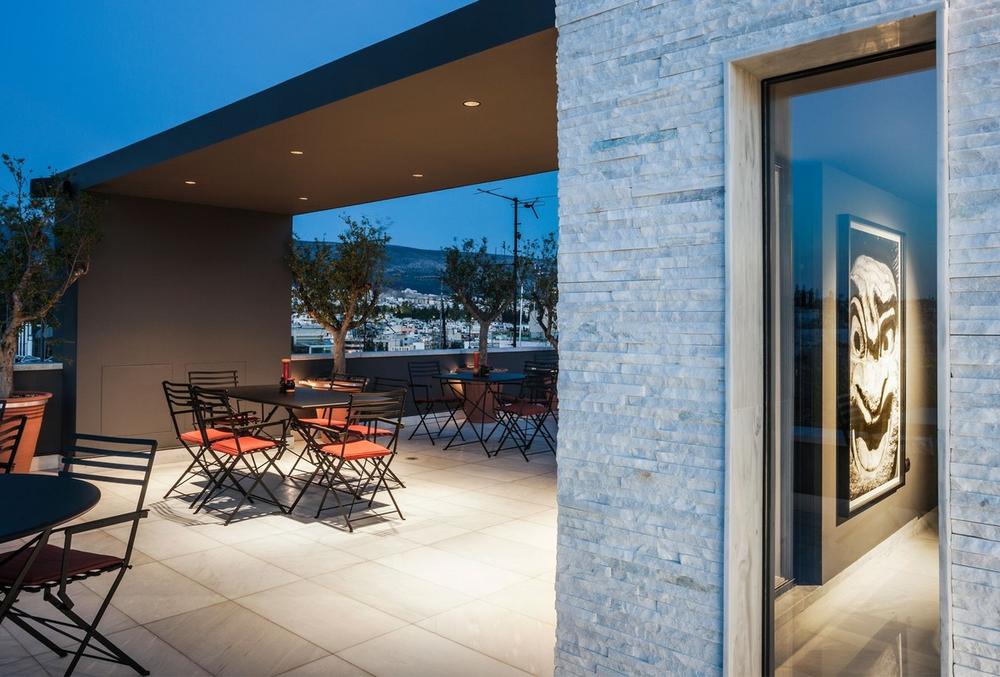 Combining classicism and modernity, the roof terrace at the AthenWas hotel is an ideal spot to take in the Acropolis and a 360 ° view of the city’s monuments, mountains and sea. Very conducive to relaxation, reflection, and of course, some quality cigar time. 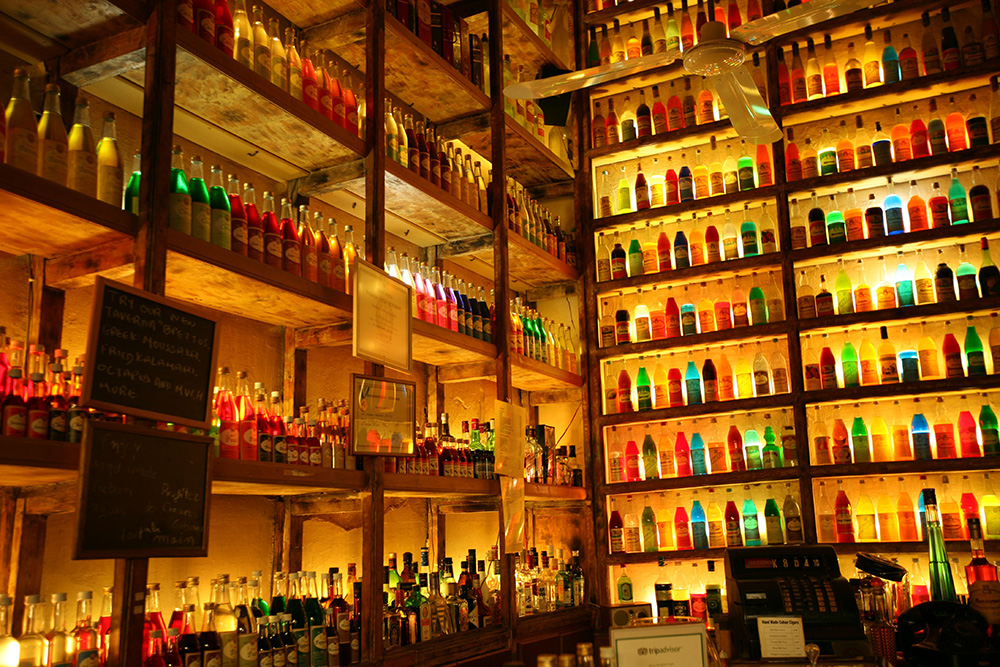 In a completely different category from the places mentioned above, Brettos is housed in the Plaka district of Athens – a venerable meeting point for the initiated since 1909. Loaded with history, Athens’ oldest distillery has been serving home-brewed ouzo, cognac and other liqueurs based on the Brettos family’s recipes from Izmir in Turkey. The decor is a bit over-the-top with hundreds of bottles in explosive colours lining its walls, but it lends Brettos a character all its own. The bar offers a choice of as many as 36 different liqueurs to drink on the spot or to buy. And because cognacs, liqueurs, wines and beers combine beautifully with a cigar, Brettos offers a selection of hand-rolled Cubans too. 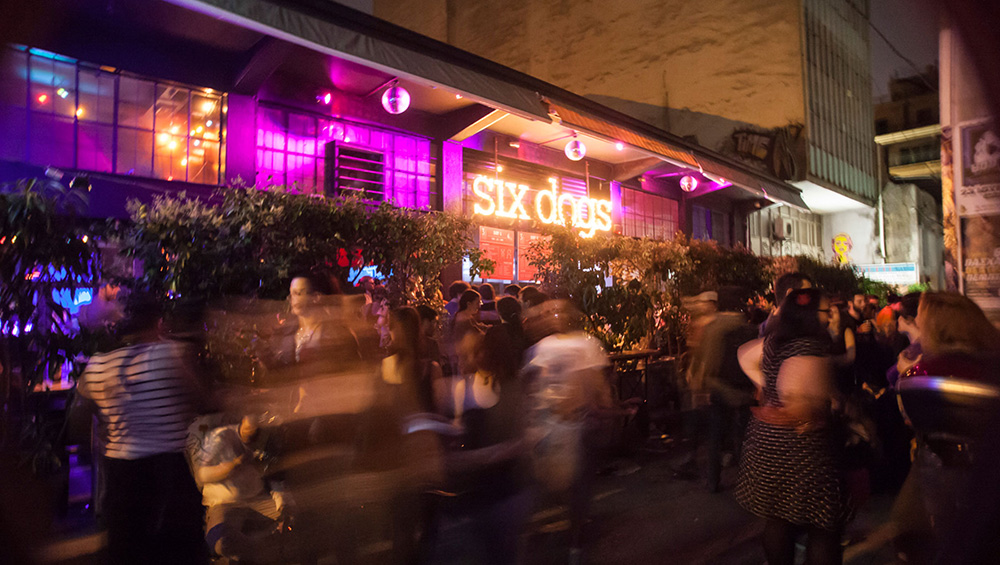 Open all-day long and into the wee hours of the night, Six d.o.g.s. houses a concert hall, a cultural space, a fireplace and… an incredible outdoor garden designed for meeting friends over drinks and cigars. This colourful cultural venue located in the funky, creative neighborhood of Psyri is the meeting point for fans of live music and DJs in vogue. 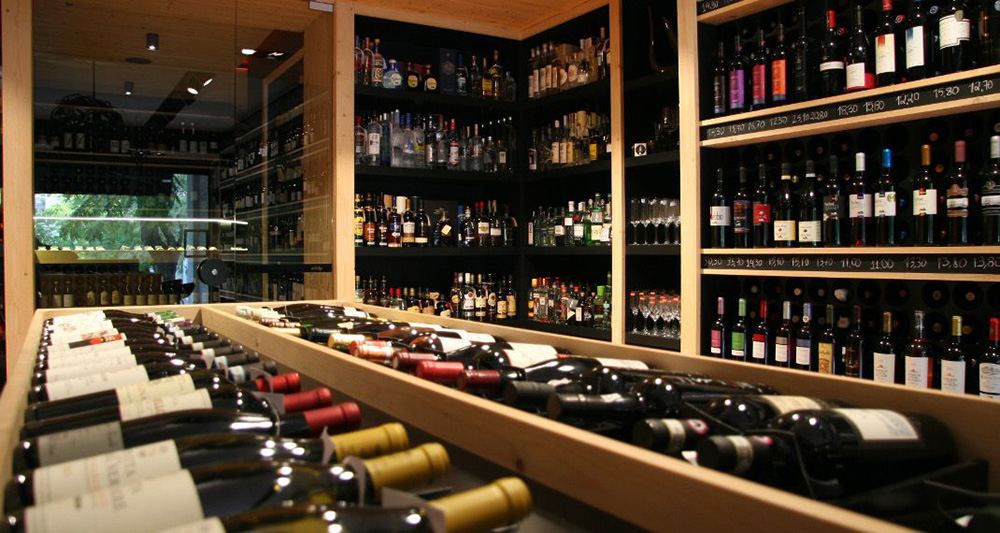 Mr Vertigo, by far the best cellar in town, is an unusual but highly-recommendable option to take a cigar break. Mr. Vertigo is neither bar nor even a cigar shop – but a high-end booze purveyor with a selection of wines and spirits of international renown recommended and sold by real sommeliers. A different kind of venue that also offers regular tastings on site. 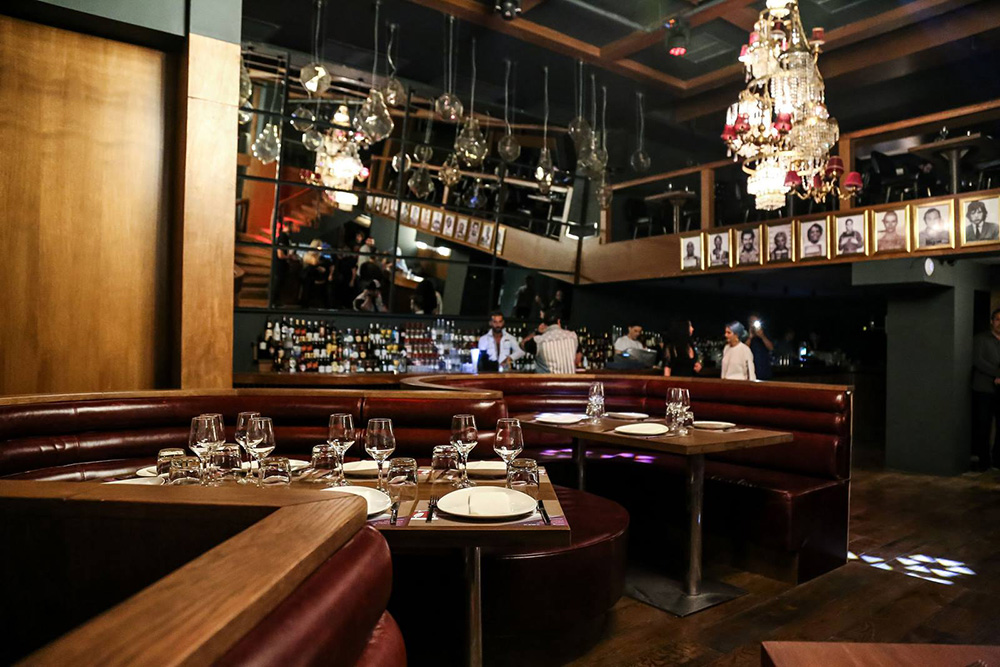 A quiet and pleasant café facing Kolonaki Square during the day, Rock’n’Roll morphs at nightfall into a frenzied club teeming with Athens’ young and desirable. The atmosphere remains, true to its name, very Rock’n’Roll. A victim of its own success, Rock’n’Roll tends to get quite packed early on, so best to book ahead.

Where to Get the Ball Rolling: 5 Great Places to Watch the World Cup

Where to Dine in Athens … Right Now!