Menu
Home | Food & Drink | Sun, Sea, Soil: How the elements conspire to make Santorini a moving feast for the senses

Sun, Sea, Soil: How the elements conspire to make Santorini a moving feast for the senses 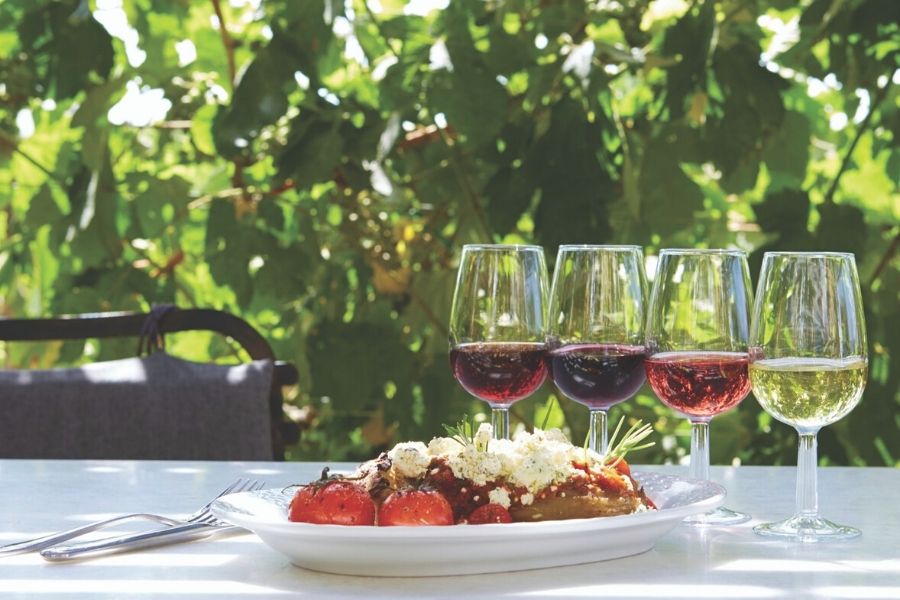 Come for its beauty, stay to savour its wines and fine produce.

Its blue-domed churches and picture-perfect architecture feature in every holidayer’s idea of an escape. But what makes Santorini even more appealing is the sheer richness and diversity of its produce. Drenched by dazzling light in the day, caressed by the Aegean breeze by dusk, nurtured by Santorini’s fertile, mineral-rich, volcanic soil, everything grown here has an earthy, hard-to-describe quality to it. Not surprisingly, most of Santorini’s products on market shelves today are registered as PDO (Protected Designation of Origin) and are valued for their originality, unique flavour and premium quality. In fact, the demand for local products from around the world has shown a rapid increase in the past years. Here is a checklist of Santorini’s famed products: 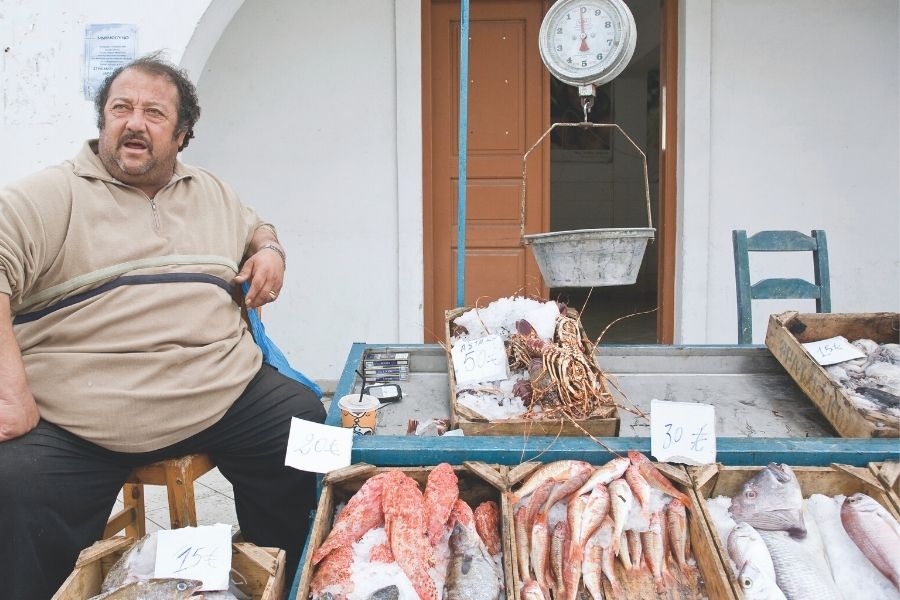 For a slice of authentic island living, visit the Fira fish market and discover the bounties of the Aegean. Santorini has been known since historic times to engage in fishing, though the fish were usually rather modest-sized. Local delicacies include Atherinopita, made with breaded white bait and ‘Santorini sashimi,’ Xelouristos cod, cut into small cubes and eaten raw with a refreshing tomato salad. 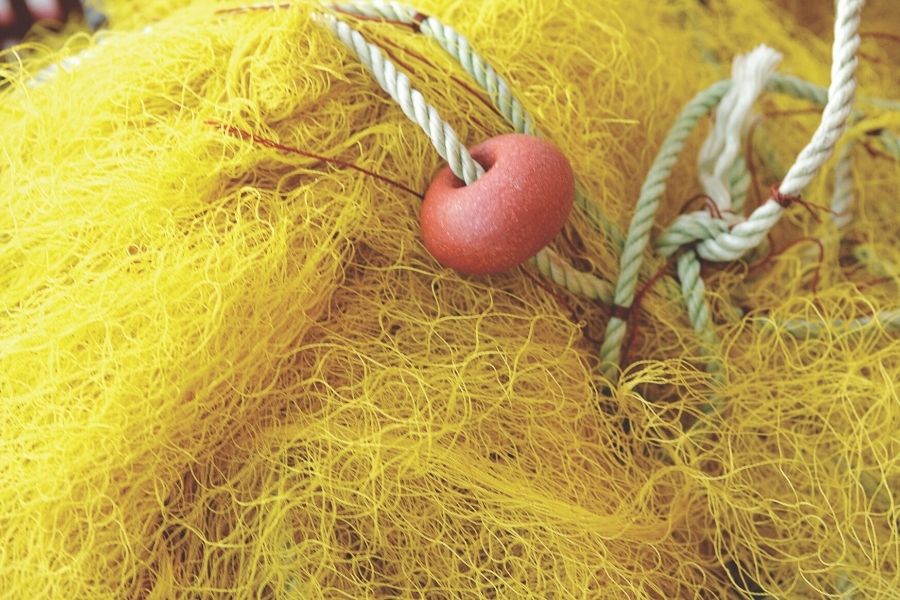 The extraordinary diversity of Santorini’s landscape makes it a natural pantry of extraordinary products – from its famed cherry tomatoes, to its tangy capers, split peas and wines, Santorini is celebrated as much for its gastronmic riches as for its beauty.

It is believed that fava beans have been cultivated on the island for almost 3,600 years. Cultivated under challenging conditions in extremely rough terrain, farmers have to plough through tracts of land inaccessible to tractors. But all that hard labour pays off as Santorini’s volcanic subsoil gives the fava beans here a special sweet taste unlike any other. Apart from the popular fava served as a meze (split pea purée), local recipes range from fava with pork or with tomato purée, as a soup, with rice or in an omelette. 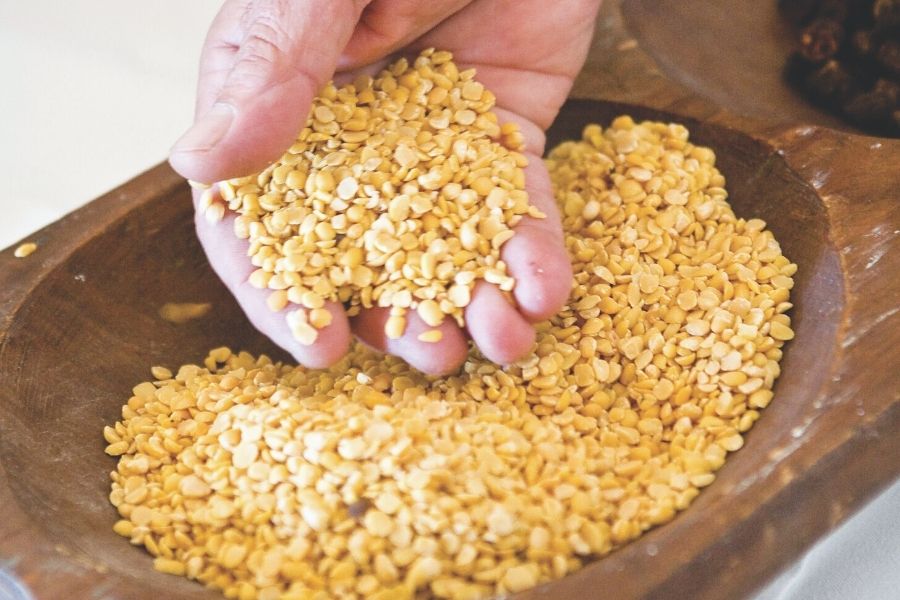 Santorini’s crunchy, waterless tomatoes have an aroma and flavour so distinct, that ever since they were first cultivated on the island in the 18th century, it has become the mainstay of the local economy along with its local wines. The pioneering entrepreneur Dimitris Nomikos set up a canning factory in 1926 and at its peak, Santorini had as many as 14 factories, tomatos being the primary export of the island. So flavoursome are its sun-drenched tomatoes, that they’ve earned the moniker of The Red Queen. 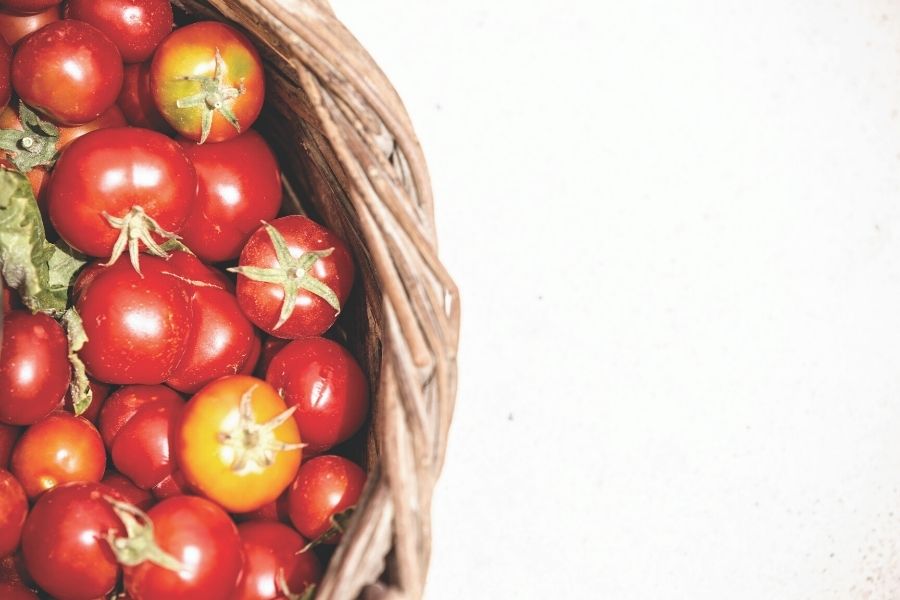 The capers you see in Greek salads and as garnish for fava are buds, not fruits, of this tenacious creeper. Capers thrive in the smallest of cracks in the rocks. Cured or pickled, its leaves, shoots and fruits also find their way into Santorini’s local cuisine. 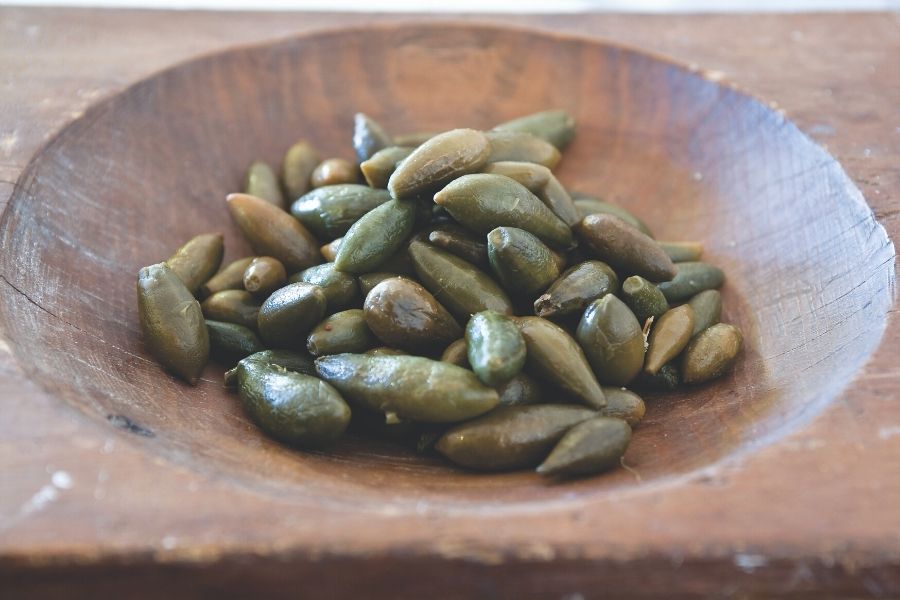 This bleached variety of aubergines has all the goodness associated with the vegetable, minus the bitterness. Coloured white by the volcanic soil, it is a sweet, succulent orb of delight! 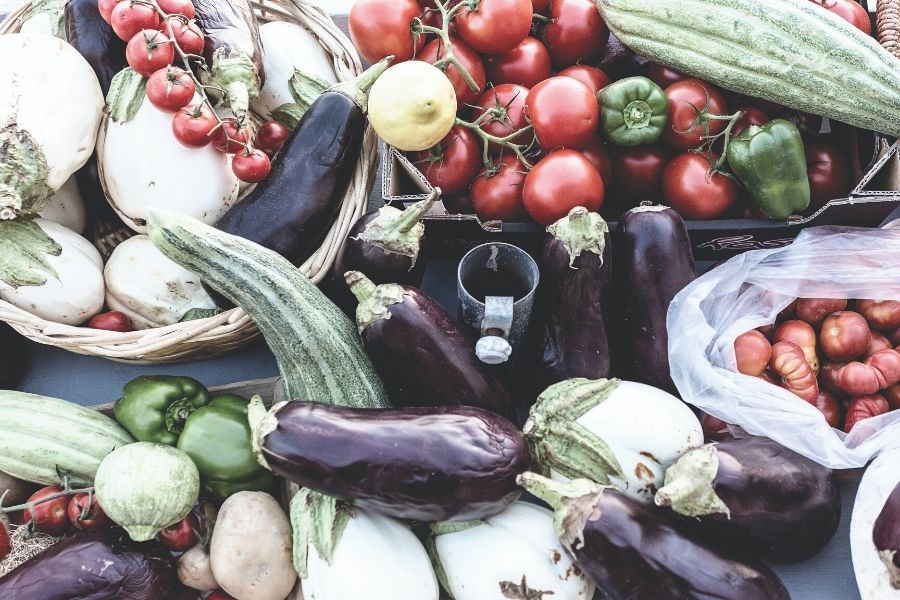 The sun, the wind and the lava work magically to ward off known ailments such as mildew and botrytis. Its unique terroir, its volcanic soil, its harsh climatic conditions and its own distinctive way of pruning its vines (the ground-hugging vines here are coiled like wreaths or baskets, locally known as kouloura, to withstand the elements) – all make for some great wines that capture a pronounced sense of place.

Santorini’s wines: Inimitable character, in a glass of its own

Its lunar landscape seems like the unlikeliest setting for a thriving wine industry. Santorini has a unique, centuries-old history of vinification and age-old techniques still produce distinctive wines from its resilient grapes. Several volcanic eruptions meant that volcanic ash, lava, and pumice covered the limestone and slate subsoil, forming what the islanders call aspa or solid ground. A Santorini viticulturist has to be even more committed than his counterparts in less hostile terrains to really eke out the poetry from his vines – but the perseverance pays off in the form of some truly rewarding wines. The island’s ungrafted vines cover almost 1,000 hectares, of which the Assyrtiko grape that produces the strong, crispy white wines that have firmly placed Santorini on every oenophile’s radar, accounts for almost 80% of Santorini’s production, and is characterized by its mineral-rich, dry, bold, crisp, high-acid wonders. Decanter describes it as ‘an excellent wine to pair with food, aided by its pronounced savoury profile, stony minerality and citrus freshness. This unique Greek grape is rising from relative obscurity, with an insider cult following, to achieve a resonant new voice in the wine world.’