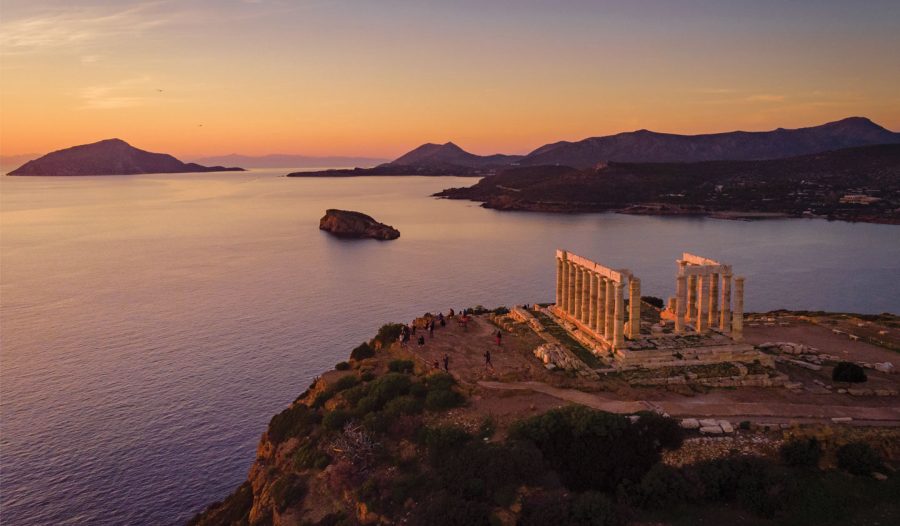 Cape Sounion, the ‘Sacred Cape’, as the Ancient Greeks called it, is dedicated to the all-powerful and always salty, God of the Sea, Poseidon. Just 70km from central Athens this mesmerising  temple hovers 60m above the sea and gives one a godly perspective. It’s easy to understand exactly why it’s been a sacred spot since 444 BC, with sailors and Ancient Greeks congregating there to offer animal sacrifices and win over the almighty, trident wielding, storm-controlling Poseidon. The forward-looking architect Ictinus ensured the column’s 15 columns could withstand all bad weather and even slimmed down the top of the Doric columns to make them seem even more impressive.

Sounion is given a shout-out in many classical myths, including the ‘Odyssey’, where Homer names the sanctuary as the spot where King Menelaus of Sparta buried his helmsman, who died on the job while sailing around the cape.

With 13,500 kms of coastline, it’s no wonder the Greeks revered Poseidon’s power and prowess. 15 of the original 16 columns are just like the Rod Stewart hit, ‘still standing’, with the Museum of Athens and the Mineralogical Museum of Lavrio; one column can be found the British Museum.

Lord Byron was so enamoured with the Sounion Temple, that he chose to commemorate his visit there in 1810, by vandalising a column and sneakily carving his name on its base!

The management of your trip

Go early in the morning to avoid the summer sun’s rays and even more importantly, to conclude your tour in time for a delectable lunch. If you’re not a morning person, the sunsets there are simply spectacular. It’s a 2hr road trip to the temple by taxi or hotel car service. For romantics there is an ultramodern, rigid-inflatable (RIB) 5hr boat excursion to Cape Sounion, the Temple of Poseidon, Gaidouronisi Island and Arsida Cave: ‘Viator’ tours leave Vouliagmeni Marina at 4pm.

Do include a traditional fish taverna in your planning, Lavrion is full of ‘ouzeri’ (traditional ouzo and small bites restaurants.) In the middle of Lavrion’s cental fish is ‘Maria Terlaki,’ an authentic spot specialising in fried fish. ‘Maria’, ‘Syrtaki’ and ‘Elias’ also showcase fresh fish in a low-key, authentic atmosphere. 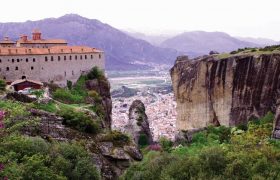 Which Mykonos Beach Club are You

Elia Kentrota: On the Inside