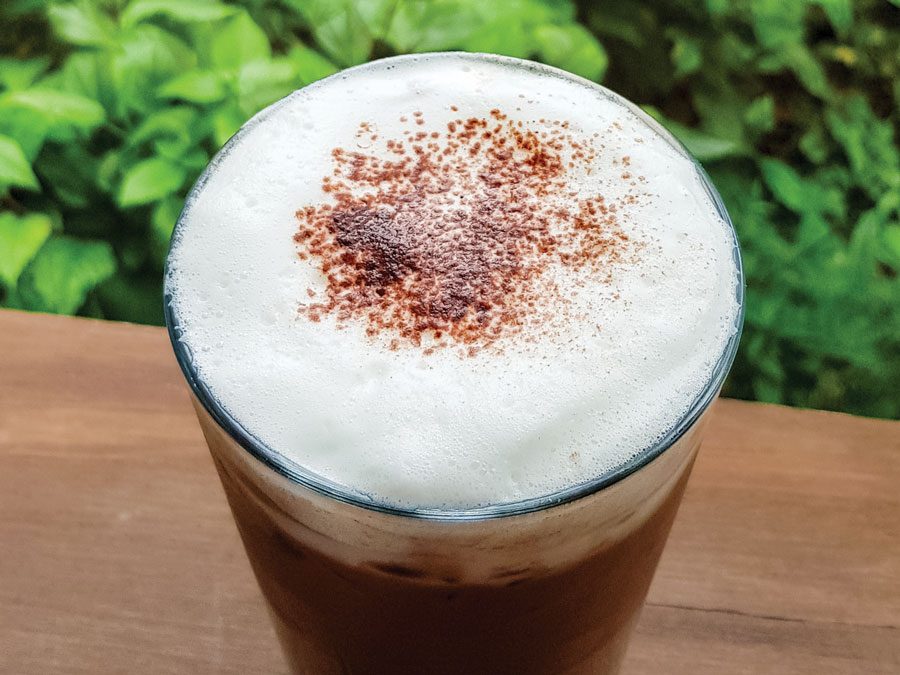 If you’ve been to Greece before and still nurse your frappé fantasies, its time you switched like the rest of Greece has, to its new world order and summer obsession, the freddo!

When did frappé get dethroned as coffee king? Depends on whom you ask. But all the baristas Athens Insider spoke to claim that only 10 percent of cold coffee orders are for frappés, casting us the you-poor-foreignersstuck- in-your-oh-so-2018 frappé-world look! We take a lengthy caffeine break to examine the short, frothy history of frappé and of the rise of the recently-coronated freddo, to reflect on the profound, long-running history of the coffee-guzzling Greeks.

If you hope to understand Greece, learn to do coffee like the Greeks do. Coffee (and by that we mean freddo, whipped espresso on ice.) announces your connection to a lifestyle unique to Greece and connects you to it when you’re away. It is a symbol of idyllic summers in Greece. And coffee drinking is not a rushed affair. In the land of the marathon coffee-drinking is for ‘heroes of restraint’, who can nurse a coffee for hours on end. Why the rush anyway?

When did the coffee war percolate to a street fight and leave the sixty-year old frappé abandoned like day-old dregs? According to Lefteris Varelis, our in-house freddo expert, the conversion started quietly around ten years ago, when Greeks decided to swap instant coffee for freshly roasted and ground beans. TAF led a quiet but effective coffee coup educating Greeks about different roasts and varieties. Fast-forward to 2019 – if you order a frappé, you get outed as ‘uncool, uncultivated and utterly-out-of-touch’. While we’d still like our beloved frappé to have a proper sendoff, apparently coffeecciannados don’t believe in whipping up a dead trend. The King is dead. Long live the King! Mastering the complex glossary of the coffee- ordering ritual can be daunting. But fear not, Insider deciphers the Greek coffee code to make your summer a caffeine-filled one.

When ordering traditional Greek coffee, the four magic words you need to master are: sketos, if you’d like it without sugar, metrios, with a teaspoon of sugar, glykos is sweet, with 2 teaspoons of sugar or variglykos, cloyingly sweet and strong! If you don’t care to specify, the coffee is usually served moderate to sweet. Kaimaki is the bubbly foam that forms on top of the cup. Briki is the copper (or steel) pot with a long handle used to brew Greek coffee. To order a cold espresso or cappuccino, just say freddo first and then follow it with cappuccino or espresso. For frappes, you will need to specify if you like it with milk me gala or without milk horis gala, or if you’d like it with heavy cream me crema.

Which mask type are you?

Get your adrenaline fix at the Antetokoumpo Court