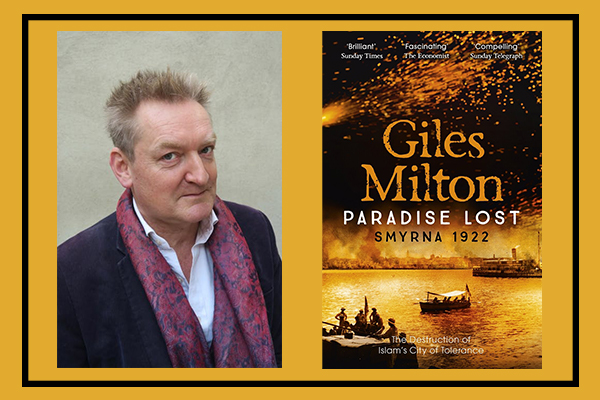 Join a conversation with celebrated author Giles Milton, whose powerful book Paradise Lost about the Smyrna crisis in 1922, one of the greatest tragedies in modern history, is rendered all the more poignant on the occasion of the 100th anniversary of the Asia Minor Disaster.

Paradise Lost is a powerful story of disaster, heroism, and survival, told in the distinctive voice that made Giles Milton a successful journalist and author. It unfolds through the memories of survivors, many of whom are speaking publicly for the first time, and the testimonies of those who were amid one of the greatest disasters in modern history. 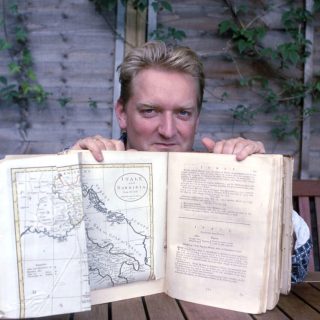 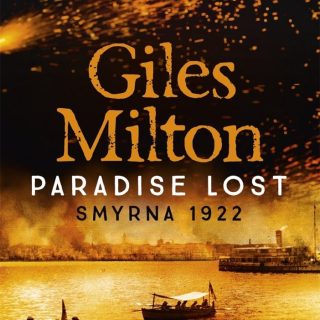 A few words about the author: Giles Milton is the author of many novels, as well as a series of historical books, where he records well-known but also lesser-known and strange events of world history in a slick narrative way. His historical works, which are based on personal testimonies, diaries, journals, letters, primary sources, have achieved worldwide success and have been translated into twenty languages.The book Russian Roulette (Minoas, 2014) chronicles the beginnings of the secret services and the efforts of British spies to thwart Lenin’s plans for world revolution. In the book Churchill’s Unorthodox War (Minoas, 2017) the author tells the story of a top-secret organization formed in London with the mission of destroying Hitler’s war machine through daring sabotage operations. In the book D-Day (Minoas, 2019) he recounts the events that led to the largest military landing during World War II. Rua Matt’s book in Berlin (Minoas, 2021) is a riveting account of the race to capture Berlin after World War II. Minoas publications also publish his books The Man from Greenland (novel, 2017), Wolfram – A Boy Goes to War (story, 2011) and The Nose of Edward Trencombe (novel, 2008).

Where: American College of Greece Talk in English

*The conversation will be held in English*