Omonoia gets a much-deserved facelift! 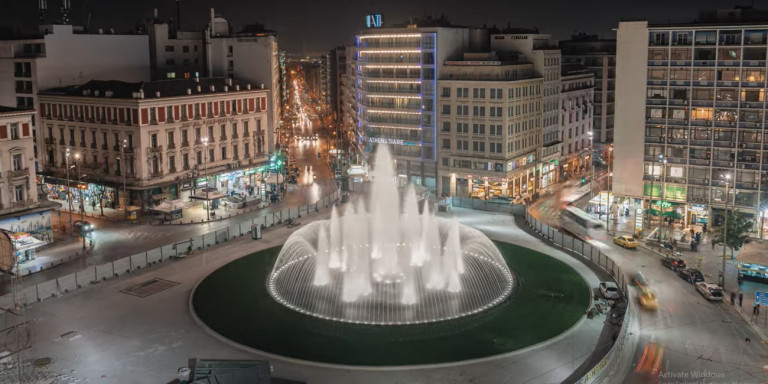 It is one of Athens’ most prominent squares and perhaps its most blighted. Its radically controversial and often unappealing design changes have pock-marked its 175 years of existence. So there was justifiable cause for celebration as Omonoia finally got the makeover it deserved when its 20-metre high water fountains soared into the night sky.

Athens’ redesigned Omonoia Square with its 30-meter-wide fountain spouting water an impressive 20 meters high is bound to bring hope and a much-needed sense of wonder to this part of the city that had borne the brunt of neglect over the past two decades. The Athens Municipality’s ‘Shock and Awe’ campaign with a total of 188 water jets and 177 underwater lights was received with palpable cheer by Athenians last evening. 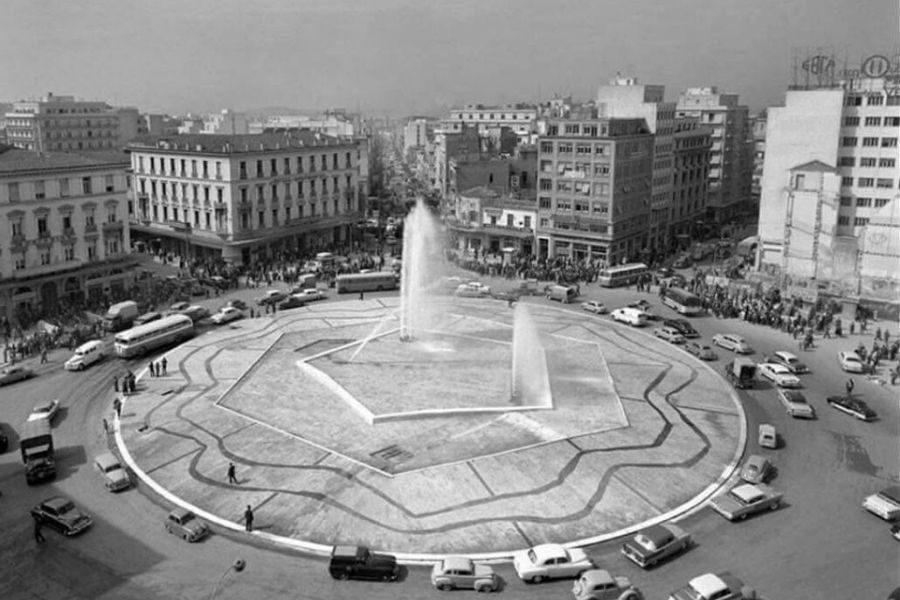 A square, a story

Constructed in 1846, Omonoia Square or Concord Square is one of the oldest squares in the city of Athens and serves as an intersection of six main streets: Panepistimiou, Stadiou, Athinas, Peiraios, Ag. Konstantinou Street and 3rd Septemvriou Street. Its original name was Plateia Anaktoron or Palace Square as, according to the initial urban plan of Athens in 1834, proposed by architects Stamatios Kleanthis and Eduard Schaubert, the area was intended to house the palace (anaktora). Later, the square was renamed Othonos Square in honour of King Otto. After Otto was deposed, in 1862 it took its final name, Omonoia Square, because it was here that the leaders of the opposing political factions gave the oath of peace (Omonia) to stop hostilities. 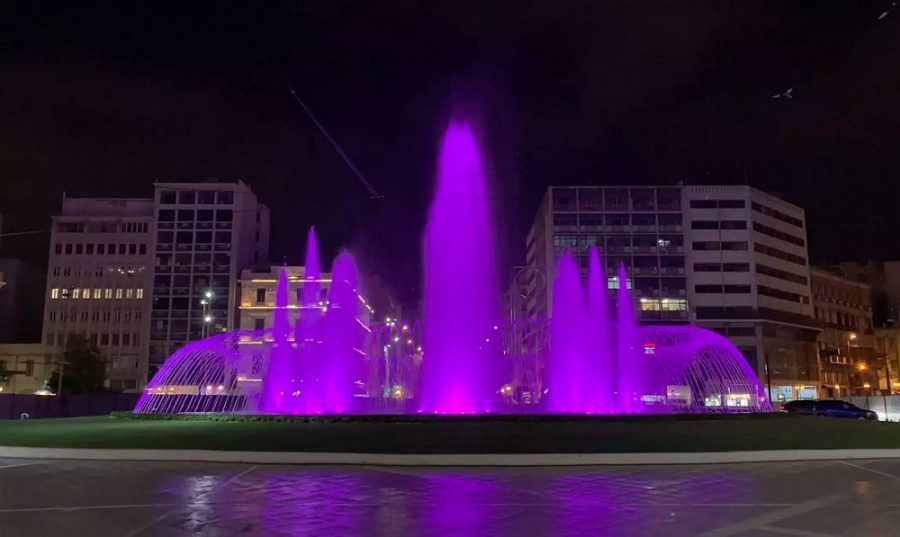 A history of design changes

At the end of the 19th century, the Square was a thriving social and commercial hub. Trees were placed throughout the Square, a polygonal platform was placed at the centre of the square and lighting systems were installed.

From 1925 to 1930 the underground railway between Piraeus and Athens was built requiring further redesign of the Square. Omonoia Square became circular and marble bars were put at the entrances of the underground railway station. In 1931, Mayor of Athens Spiros Merkouris suggested placing eight sculptures representing the mythological Muses to cover the openings of the ventilation vents. Although the problem was solved, the result did not satisfy Athenians’ aesthetic expectations and the statues were removed.

The 50s were a period of modernization for Athens and consequently for many public spaces. In 1958 the Ministry of Transportation and Public Works held a competition for the development of Omonoia Square. Sculptor George Zongolopoulos and architect Kostas Bitsios were awarded the project. Their proposal included a circular water system in the middle of which Zongolopoulos’ sculpture “Poseidon” was to be placed. The square was redesigned although in the end without the placement of the sculpture. Eventually, the sculpture was installed permanently in 2014 outside the Milken School of Public Health at The George Washington University in the United States. The fountain of Omonia became a famous city landmark and the Square itself was depicted many times in Greek movies of the period.

In November 1992, the fountain along with Costas Varotsos’ iconic sculpture “Runner” was destroyed in order to excavate the area for the construction of the new Athens Metro station. In May 1994 a new “Runner” was constructed and transferred into its current location, across the  Hilton Hotel. 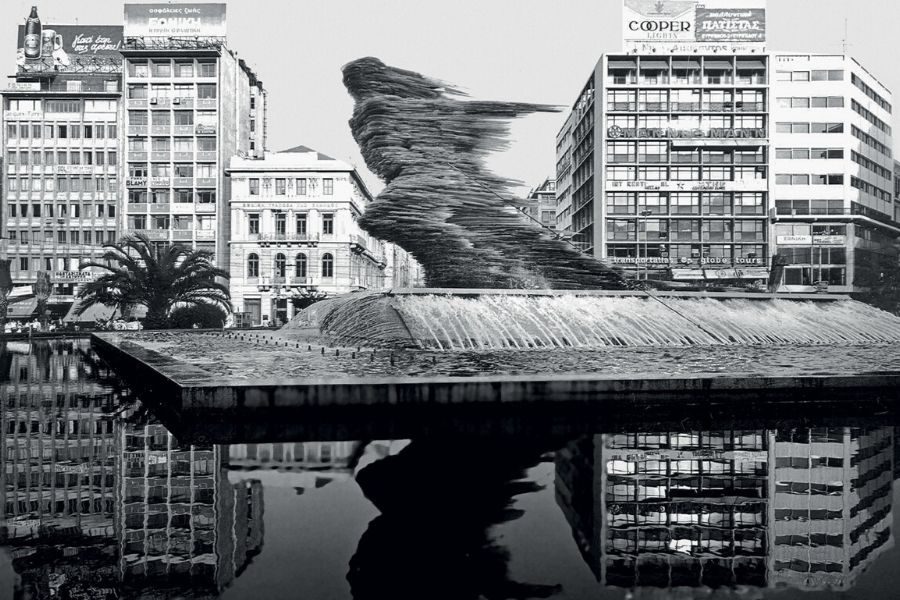 The Pentakiklon (‘Five-ring’ sculpture) has its own story; placed in the square in 2001, it never functioned fully as initially conceived by the architect, as it was meant to be a motion sculpture when water ran in it. During the economic crisis, the square fell into neglect, until it was refurbished once more and permanently restored to its initial concept of a motion sculpture, in the 2020 restoration of the whole square. Its famous round fountain, which acted as a landmark for decades, was redesigned and re-installed.

The Great Walk of Athens: Creating leg room for change 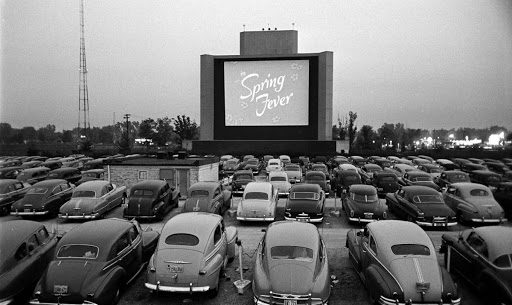