Menu
Home | People | Christian Brechneff: No Man is an Island

Christian Brechneff: No Man is an Island 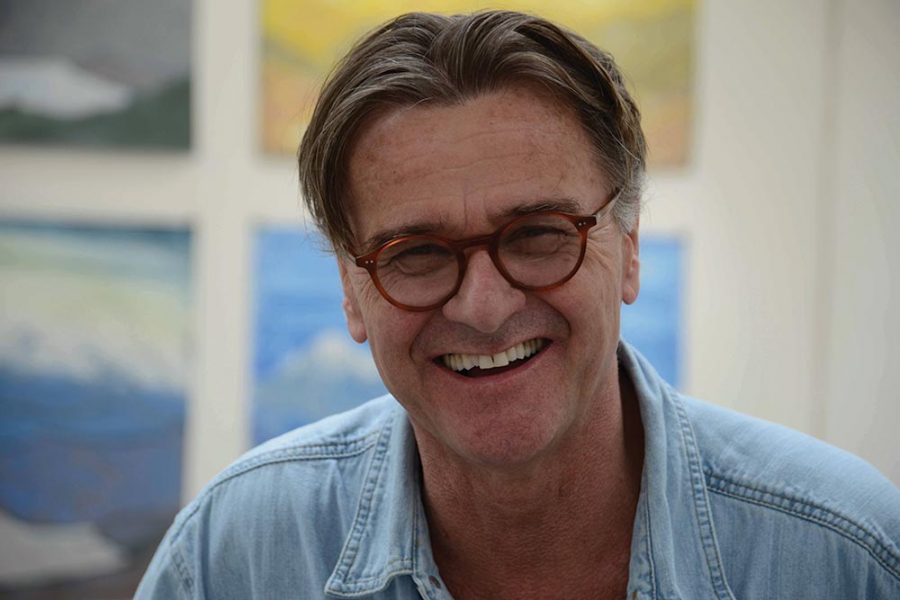 Sifnos. The Summer of 1972. An off-radar Greek island with goat trails for roads and no ferry dock. Enter a budding young artist on a quest of self-discovery. In his book, The Greek House, Christian Brechneff presents a funny and moving narrative about his relationship to Sifnos, its unforgettable residents, and the house he bought in a hilltop village. It’s also the tale of a love affair cooled, as he tells Insider’s Amanda Dardanis.

You and Sifnos. Was it love at first sight?

At the tender age of 21, “love at first sight” had not happened to me yet – either with a place nor a person. But when I got to Sifnos, the place did radiate an energy, beauty and magic. There were moments of “shock ” where certain views  [the valley of kastro/chrisssopigi] would leave me speechless with wonder. It was those moments that made me realize early on that I had “landed” in a very, very special place. There are many beautiful places in this world but it’s the people of Sifnos who made me fall in love with the island; with their warmth and humor, hospitality and sense of curiosity.

What were you really searching for at the time do you think? Was there an element of wanting to escape the world?

Definitely. I had been accepted at the Royal College of Art painting school in London and I felt pressure to excel – to arrive in London with a new body of work and ideas. I was looking for a meditative, lonely and secluded place. No Mykonos for me….I was also an extremely oversexed young man – insecure within his sexuality – and I needed to find a place I would not be distracted and led into temptations. Sifnos was perfect.

When you arrived, Greece was a dictatorship run by the colonels. Was Sifnos touched by the political situation also?

The island was very removed from Athens, Athenians were called “xeni” and life went on pretty undisturbed. Some of my friends thought it was immoral and politically incorrect to go spend money in Greece at that time. I felt that the people should not suffer just because they were ruled by a horrid dictatorship so I went anyway.

Then cars, cable tv and luxury yachts came along – did they ruin the magic of this remote and wild island for you?

By the time true progress arrived on Sifnos – albeit much too fast – I had changed a lot myself. I did not mind the high-speed, I loved being able to buy everything I needed;  and I did not feel Sifnos should be some kind of museum for me to visit while I lived in luxury with all the modern amenities in  Manhattan. It was the passing of a generation which was the biggest change for me: the old guard was slowly dying in my village and the new generation just did not have that “inner glow”, that magic.  Old Popi in the book, my favorite neighbor in my village, was one of those people that once dead simply had no one to replace her.

Do you sometimes wish time had stood still?

No, because it really never does. But living on Sifnos in the seventies and eighties, time had a different meaning and no-one really lived by their watches.

Sifnos is something of an artists’ colony. (The famous Greek painter Panayiotis Tetsis had a house there also). How do you explain the island’s creative magnetism?

There are very creative places in the world where I have “felt” that magic besides Sifnos, such as San Christobal Las Casas in Chiappas, Mexico, in the Swiss Alps of the Engadin, the Long Island beaches and the light of the Hamptons. There must be something in the earth, in the light, the rhythm of landscape and, of course, the sea. The sea just like the mountain remains a source of great creativity. Sifnos definitely “had it”. And it probably still does even though for me that “well spring” of creativity came to an end, which was the main reason I sold the house.

Sifnos brought you fairly immediate success as an artist? (I read that your first show in Zurich featuring your Sifnos paintings sold out?)

Yes, those rhythms and shapes were very seductive and of course, the magic of the light. My first collectors were all Swiss and for the Swiss locked within its mountainous world, the Mediterranean has always had a special attraction and that longing for sun and sea was expressed in those paintings somehow.

So you went and bought a “fixer-upper” house there without plumbing or running water… is that an experience that you would recommend (or recipe for insanity)!?

I was 27 and I had never owned anything before. I liked the primitive element. We were a generation that did not feel we had to have apartments with dishwashers and all that stuff. But today’s world is very different. House renovations can create terrible frictions and break ups in relationships. Money becomes a major factor.  Even Tim and I (Christian’s long-term partner) had our biggest troubles in nearly 40 years over the 12-month year renovation of our house in Hadlyme (Connecticut).

Then, after years of painting your muse, one day “the well went dry” as you have previously said, and you sold the house.  Did the island change or you changed?

The island changed – and I changed for sure. But that house was never a holiday place. It was a studio and a work place. Once I no longer worked there, I didn’t quite know what I was doing there. Often alone I would call Tim and he was alone in Hadlyme and we were wondering why we were doing this to each other. It just did not seem right anymore. But there were little signs that would tell me it was time to move on. I learned not to hold on to possessions and houses. It’s okay to let go….

Have you been a one-island man? Any other Greek islands vied for your affections over the years?

No other island. I have been a one-island man. I did love Olympia on Karpathos and Hora on Patmos, but I would never wanted a house there.

Can you tell us a couple of spots on Sifnos that inspire you?

You must hike on the island as much as possible – especially from the monastery of Vrissi down to Kastro. Climbing Profitis Elias [the highest point on the island] is an exceptionally beautiful experience particularly with a full moon rising. The valley of Chriossopigi from all sides is amazing.

The Greek House, The Story of a Painter’s Love Affair with the Island of Sifnos (Tsigarida Publications, €14) is available in English and Greek from most Greek book stores.