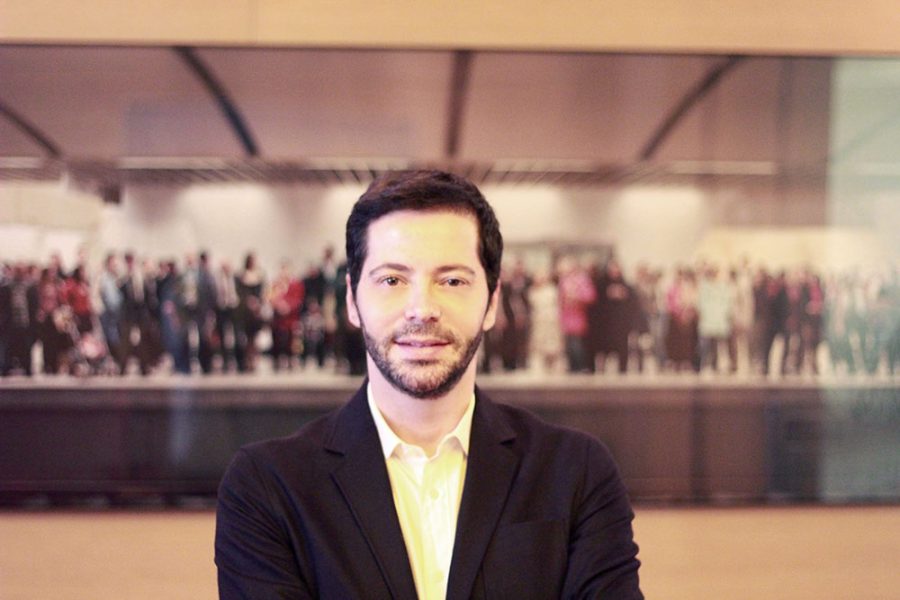 Chrysanthos Panas photographed at the Foyer by Will Feuer

He’s been dubbed The Greek Gatsby for his glamorous lifestyle and stellar A-list parties. But it’s in changing the shape and flavour of Athens’ entertainment landscape that Chrysanthos Panas will leave his true legacy, as Amanda Dardanis discovers.

Accompanying Chrysanthos Panas for a stroll around his Athens stomping ground is such fun.

It’s rather like shadowing the Mayor. Or a visiting celebrity. As we walk past Zonars on Voukourestiou, where artfully stylish types are enjoying the first flush of March sunshine, we’re stopped every few steps – by friends and regulars all dispensing warm salutations to this popular impresario who is the entrepreneurial force behind some of Athens’ most iconic and ground-breaking venues: Island Club & Restaurant in Varkiza, Greece’s first members bar, Salon de Bricolage in Kolonaki, and, of course, the queen of them all, Zonars.

Being Chrysanthos Panas must be quite a lot of fun too, one imagines.

Last night, he hosted a private Parisian-style party at Zonars for the pop star George Mazonakis for his 46th birthday. Tomorrow, he is jetting off with his family to Gstaad for a long weekend on the slopes. Meanwhile, a voyeuristic peek at his instagram feed shows him mingling with the likes of Robert Pattison, Joanna Lumley, Keira Knightley, Jean Paul Gaultier, Carla Bruni, Jeremy Irons and the designer Valentino, who is a close friend.

Given the exalted circles he mixes in, one might expect grandiose airs. But in fact, Mr Panas is one of the most genuine and hard-working ambassadors for Brand Athens and the Athenian coastline that you’ll encounter. 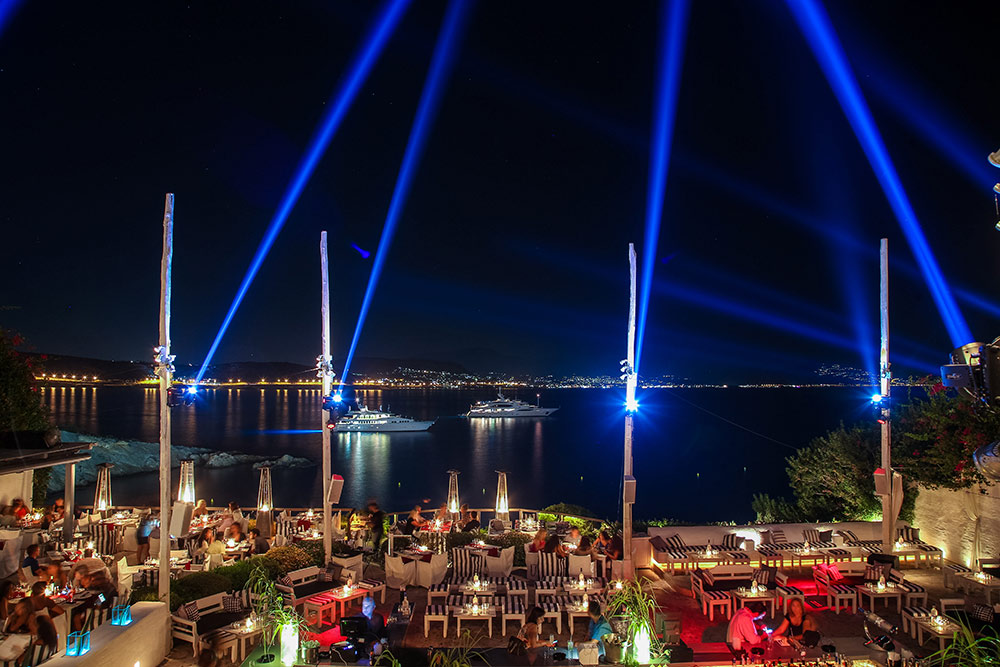 Over the past three decades, along with his brother Spyros, the two siblings have forged a formidable entertainment empire of high-end ventures invested with a European sophistication that has successfully lured an international crowd. Mr. Panas has also been credited with inventing the Athens Riviera tag.

His latest passion project – in tandem with championing his beloved Athenian coastline – is to create a new high-end, year-round neighbourhood around Voukourestiou (with the storied Zonars as its hub), reminiscent of “the good old Athens” of the 60s and 70s. It helps that the Panas Group already has “serious skin in the game”: the City Bistro, Bar de Theatre and the Foyer inside Pallas theater are also part of the Panas portfolio.

‘I strongly believe that Kolonaki is starting to lose its appeal,’ says Mr Panas, as we cut through the elegant City Link “Spyros Milios” arcade. ‘Here, we have the theatre district, the beautiful buildings and arcades like this one which is busy day and night. We have Hermes, Cartier, Louis Vuitton, Prada, Dior and Greek brands like Kessarris, Vourakis and many upcoming arrivals. So, in a way, it is becoming the new Kolonaki.’

Here, Mr Panas talks to Athens Insider about the city he loves and his plans for its future.

You’re often credited with putting the Athens Riviera on the map. What is your special connection with this part of the city?

The Athens Riviera is a very beloved area of mine as Vouliagmeni is my birthplace. In summer, we used to vacation in Kavouri, swim, do sports at the Nautical Club of Vouliagmeni (NOV) and attend the parties there.

I’ve felt the special energy of the coastline since I was very young. Even at Astir Beach, you can find sacred ruins so we know that in ancient times too, the whole area was obviously important. 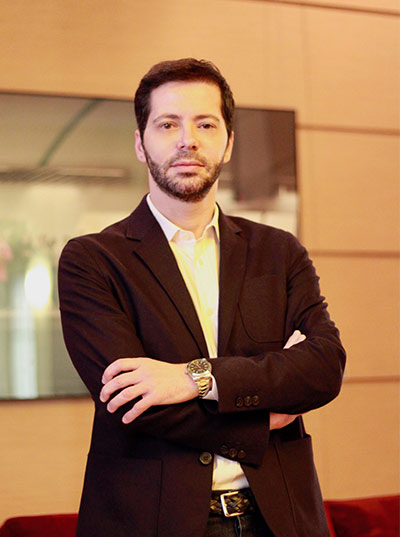 You and your brother Spyros are the visionaries behind some of Athens’ most famous venues – Island, Zonars, Salon de Bricolage. What was your first entrepreneurial effort?

In 1990, my brother and I opened the Nautical Club of Vouliagmeni’s very first bar – and without telling our parents! I was 20 years old studying Business Administration and Spyros was 22, studying at the Technical University of Athens. Our initial goal was to share our joy for entertainment with our friends. So we opened the bar and called it “Island” (from the very beginning the name was “Island”!) and without knowing anything about business or nightlife, it was a huge success. We wanted to bring the vibe of Mykonos and the Cycladic islands to the Athens coastline. Four years later when my father died, we decide to invest in building “Island” in Varkiza. Since then, Panas Sophisticated Hospitality has created exceptional entertainment facilities that have set the trend.

Do you believe the Athens Riviera has reached its full potential yet?

The Athens Riviera still has huge potential and the Panas Group are making constant efforts in order for it to take its deserved place on the world stage. The Four Seasons opening this year (on the Astir site) will change the hospitality game. Not just here in Athens but in the whole of Greece.

Ten years ago, I would invite people to come to Athens by sea and they would say: “Why on earth would I bring a boat to Athens?” And when they came, they were amazed.  So that’s our goal: To educate people that Athens is not just a city. It’s a coastline too.

The most memorable party you’ve ever been to?

There are three that stand out the most. The party we had for Meryl Streep and the cast of “Mamma Mia” where we hosted her friends and former school mates from NY and Boston. Tommy Hilfiger’s party around the launch of his European stores. And the small surprise party for  Valentino where Princess Mafalda (of Bulgaria) performed for him.

Do you have a personal mantra that underpins both your business and life philosophy?

The best is yet to come. 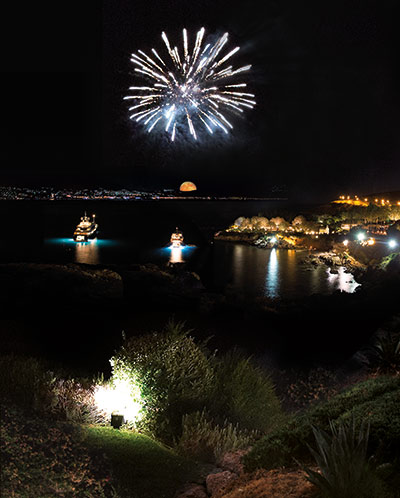 No other Athenian venue has the “wow factor” of Island. But wasn’t it a risky move establishing such an ambitious project in Varkiza back in 1994 when it was still considered a remote destination?

Nobody knew back then that you could come to Athens and experience the feel of the islands too.  But the magical energy of Island’s location made me confident that the venue was going to overcome all expectations and become a high-end world-class destination. From the start, we sought to promote the Greek style, you know, not to bring in Palm trees or camels! We are the only capital in Europe to have this potential for a summer vacation as well as a cultural experience.

Can you indulge us by namedropping a few more celebrities whom you’ve hosted at Island?

Can you tell us what you hope to achieve with your #AthensRevival urban campaign?

The #AthensRevival campaign aims to revive the city center of Athens back to its original glory. We want to establish a really strong and attractive city center with quality places that will be a worldwide destination for visitors 365 days a year. I want to keep the people who would usually go to Gazi here in this neighbourhood!

How would you rate the nightlife-entertainment scene of Athens compared to other cities like Rome or Madrid?

The nightlife of Athens is the best. It combines upscale restaurants and restaurants with local character with entertainment venues with live music such as bouzoukia (not my cup of tea but a unique style of entertainment) and wonderful European-style night clubs and bars.

The competitive advantage of Athens is that you can enjoy city life and also have the feeling of being on an island since the Athens Riviera is so close.

What is your vision for Zonars? 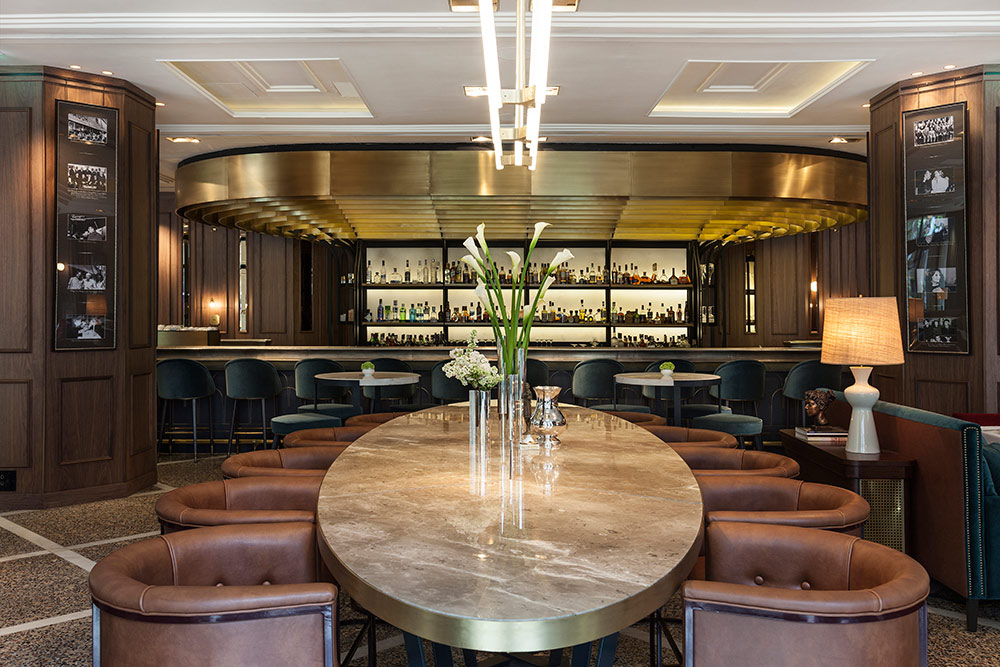 For it to become the new landmark of Athens and to be characterized by its contemporary, sophisticated and European character.  In the 60s and 70s, Athens was buzzing, and Zonars used to be the place where you’d see Melina Mercouri and Vasisilis Fotopoulos (who won the Oscar for Zorba) or Leonard Cohen… and we want to do this again. Although it’s a landmark, I don’t want to connect Zonars only with the past; I want it to have a new life. We try to attract people who are not just well-known but well-known for their aesthetics and the arts; people like Marina Abramovich (who is a patron).

Read more about the Golden Era of Zonars HERE

What is the most essential ingredient for any successful entertainment enterprise?

I have always believed that business should be integrated with culture and so we aim to create venues that elevate souls rather than just scattering emotions. An entertainment venue can cultivate new trends; it can contribute to reshaping culture, as long as the people behind the venue are cultured as well. 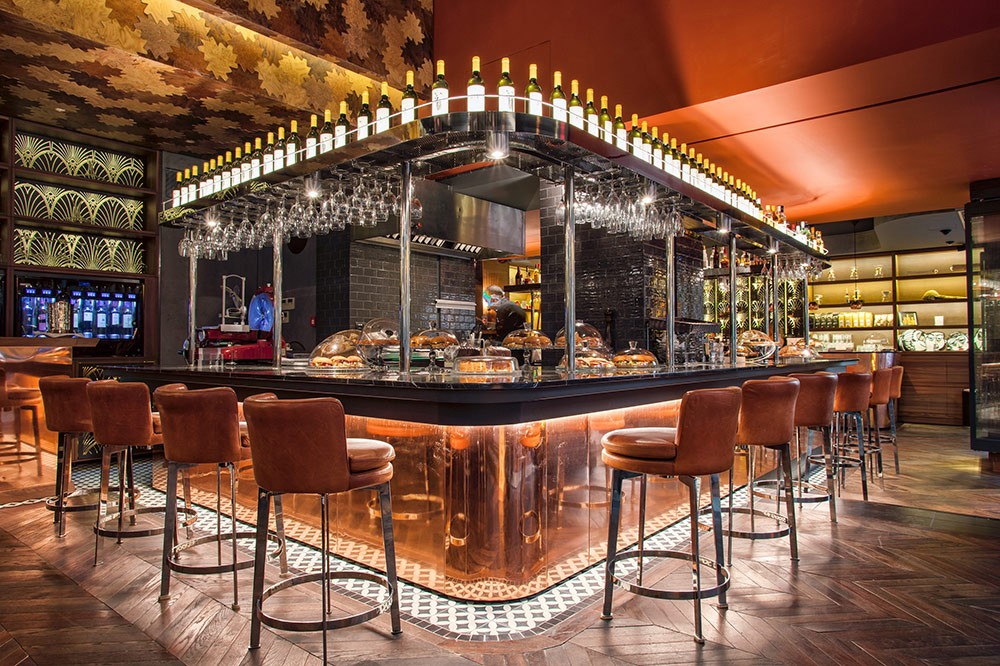 There have been a lot of headlines about a Greek recovery. But has this filtered down yet to people’s spending habits?

I believe that the change is coming from the tourists who are coming here from abroad. I would say that many Greeks are still holding back and are not in a great place.

What lessons has the financial crisis taught you from a business point of view?

That when someone is original, innovative and business-oriented, all kind of obstacles can be overcome including any crisis whatsoever. 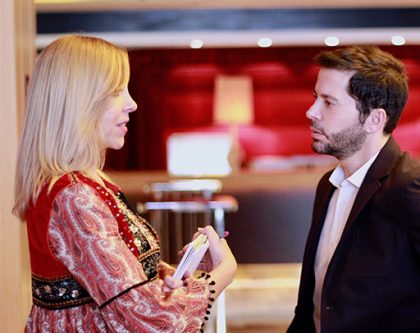 What next for the Panas Group?

This summer, we will organize transport in speed boats to and from Island, and nearby resorts. And maybe we will look at bringing Salon de Bricolage from Kolonaki to this neighbourhood. We also have two more villas, with one bedroom each (The Gallery & Residence), so Island, along with the new Four Seasons is becoming a resort.

Any plans to expand the Panas Group brand overseas?

About eight years ago, we started collaborating with a number of members only clubs in London and other countries like Spain, Germany, Singapore and Canada, which is a thing that we are still evolving. We are definitely looking at doing more abroad. But we want to do it properly and we haven’t decided yet which of our concepts yet to export.

Island Club & Restaurant opens for its 2018 season on May 3 with a new venue Grand Ciel, an event space with capacity for 2,500 people and a small private beach. www.islandclubrestaurant.gr