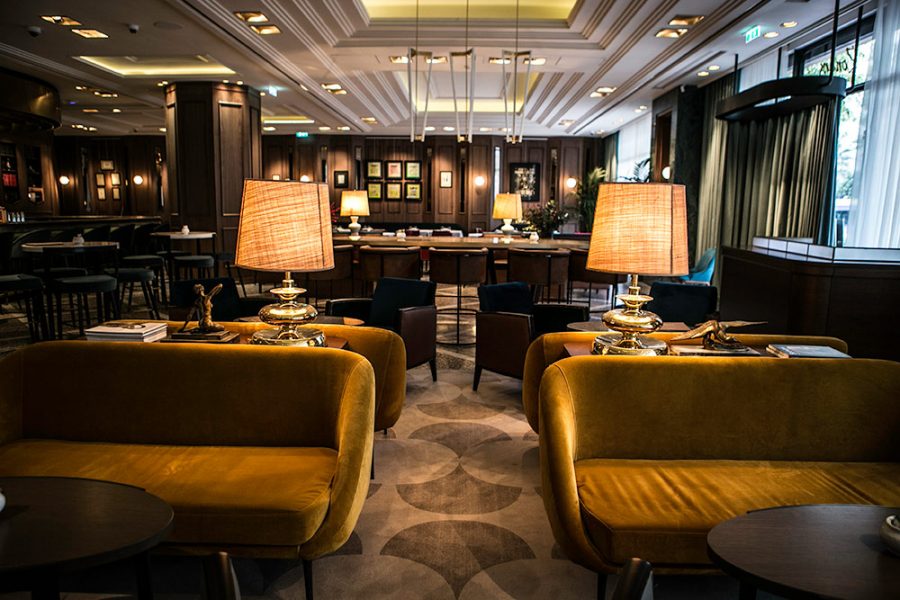 Paris has Les Deux Magots, Athens has Zonar’s. Insider takes a nostalgic look at one of the capital’s most famous and beloved café icons, Zonar’s, fresh from its recent re-fit.

Traditionally a meeting place for politicians and intellectuals, but also of the Athenian bourgeoisie, the legendary café-brasserie Zonar’s reopened a few months ago after a complete renovation. This quintessential bastion of elegance – the Athenian equivalent of Paris’s Deux Magots – was packed, especially in the 50s and 60s, by the affluent youth of the city, by the power people, by prime ministers and artists, both Greek and foreign, such as Hellenic acting legend Melina Merkouri (pictured with Greek composer Manos Hadjidakis). 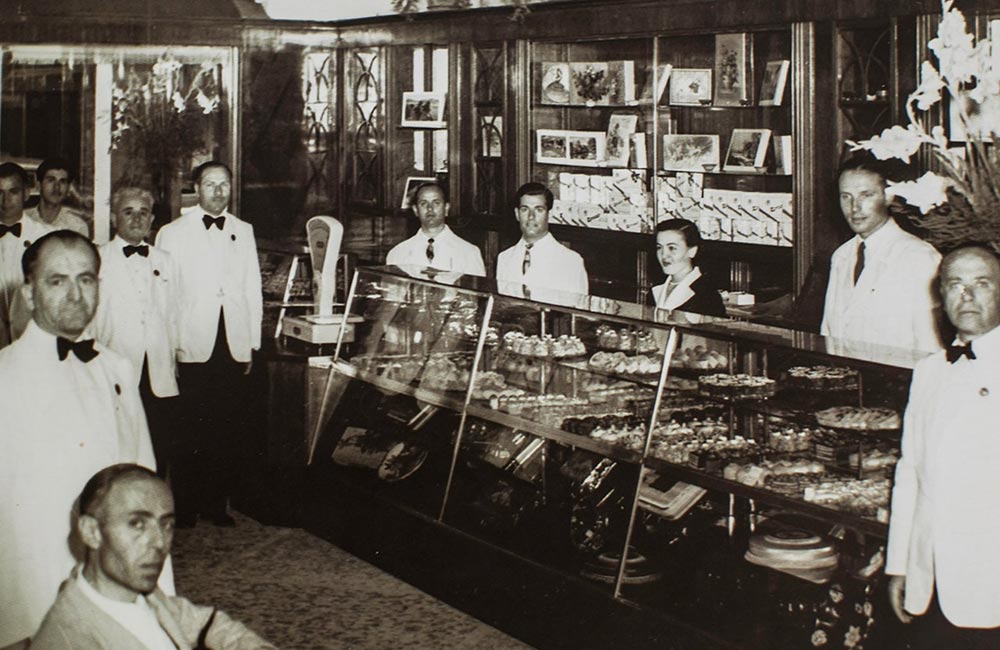 The brewery still resembles a hotel lobby. That was the intention of its creator in 1939 and remains the ambition of the new owners. Ideally located close to Syntagma Square, the great historical hotels, major foreign embassies (not to mention the luxe shopping district on the corner of Panepistimiou and pedestrianized Voukourestiou), Zonar cafe-brasserie has been, since its debut, the place of relaxation of the Athenian bourgeoisie.

‘I remember Athens with the elegance of Zonars Cafe, where the Greek ladies all spoke French,’ recalls Athens chronicler John Zervos.

‘It was considered the height of elegance to have a coffee and cake at Zonars, and in the summer, its outdoor seating was the “de rigeur” meeting place for many Athenians,’ Zervos tells Insider.

‘As a child I often went there with my parents and indulged in hot chocolate topped with whipped cream. Zonars at the time exuded a sense of luxury which in the early 1950’s contrasted sharply with the poverty of a city recovering from years of conflict. As it was close to the Parliament, it was frequented by politicians and their entourages, by political hopefuls and social climbers, who could probably ill-afford the minumum 12 drachma charge for a coffee.’

The life of Zonar’s founder is as fabulous as the creation itself. Born in 1873 in the Forty Churches region, eastern Thrace (Turkey currently), Kalliklis Zonaras studied in the Great School of the Nation in Constantinople. He then left to work for his uncle, Romania. At age 27, he left Europe to settle in the United States, in Dayton, Ohio. There, while working in a Greek pastry shop, he learned the craft of chocolate and Americanized his name to Charles Zonars. 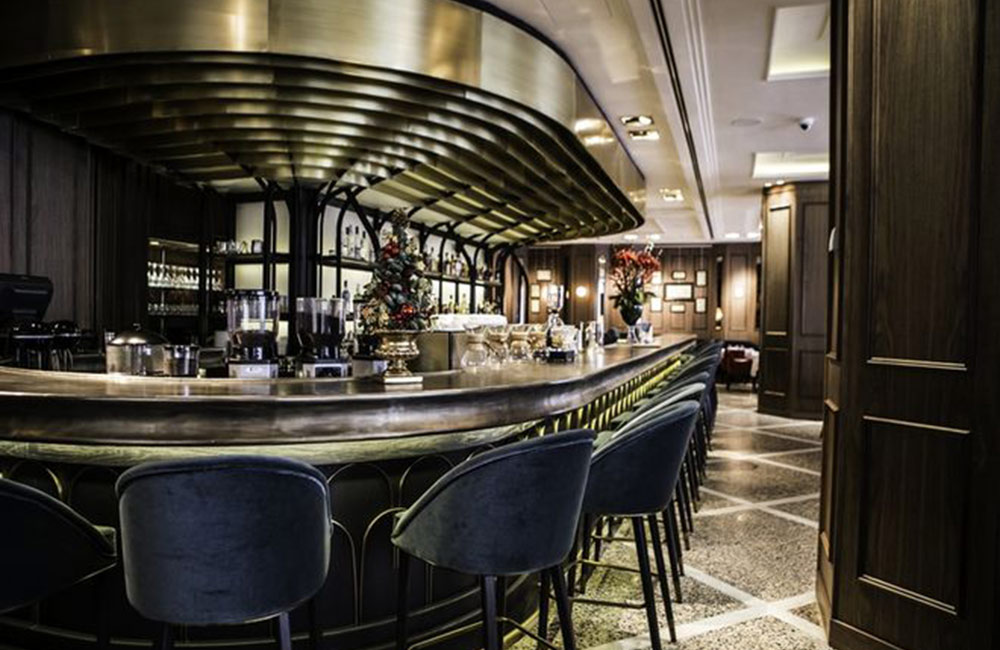 Six months later, he opened his own shop, specializing in pastries and ice cream. Despite many setbacks, Zonar’s went on to create a chain of stores throughout the region. Next, he decided to fulfill his dream, to travel around the world, inspired by Phileas Fogg in Jules Verne. In 1920, he visited Athens with the idea of ​​founding a company. His encounter with a beautiful Athenian decided his fate: he settled in the Greek capital. The crisis of 1929 destroyed all of his US assets; never mind, he decided to start a new life in Athens regardless. First came a small pastry in front of where Zonar’s stands today, selling its chocolates and famous ice “Chicago.” But every day, this ambitious entrepreneur eyed up the other side of the street on the construction of a large building, one of the most prestigious of Athens, now occupied by a department store, a theater and a covered walkway. Zonaras saw immediately the potential of this place and he did everything to rent the prime space, straddling these vital street corners mentioned above. Assisted by the best architects and designers of the moment, he finally opened on 23 August 1940, the most fashionable brasserie cafe in Athens. Closed during the German occupation, the facility reopened in 1950 in all its former glory.

Refined and elegant, Zonar’s occupies a proud place in the history of Athens, not least because of its extraordinary founder. The very name of this café, pub, restaurant or bistro represents a bygone era rich in political and cultural dynamism. In short, Zonar’s possesses a bit of the soul of Athens …

Therapy in a Glass at GB Roof Garden!