Menu
Home | Insider Stories | Meals that Linger in the Memory 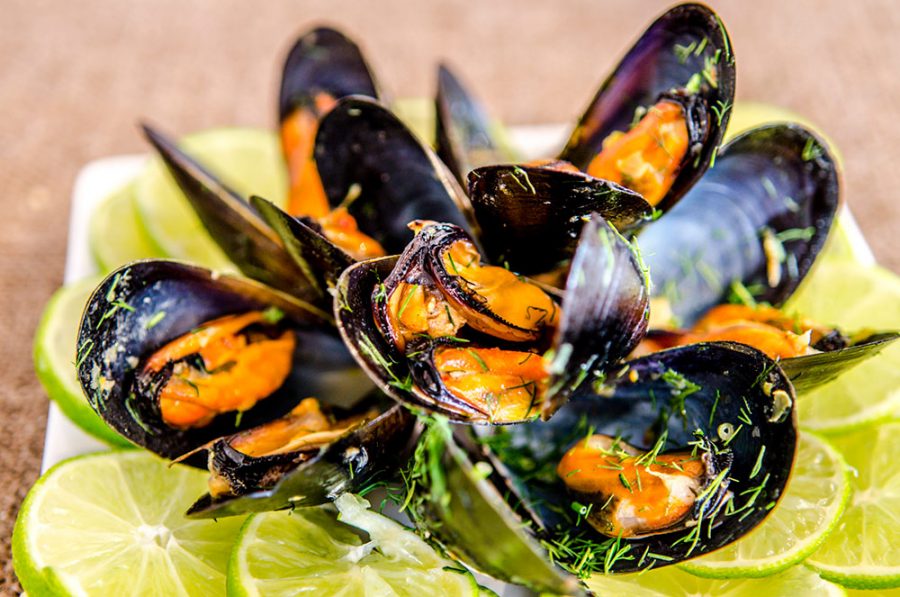 Food isn’t just fuel for our bodies. It’s the substance of life, bonding us through shared epicurean pleasures that anchor us to a place; a person; a moment in time. In this resonant review of a gastronomic journey that has taken her across the world and across the decades, Diana Farr Louis recalls her own most all-time memorable meals both here in Greece and abroad.

Recently, a new friend and fellow writer, asked me to tell her about the ten most memorable meals I’d ever eaten. The question started my mind racing back over countless lunches and dinners, but as I riffled through the images stored somewhere in my taste buds, we turned the discussion to what makes certain meals stand out from the ordinary. After all, eating is an act we lucky ones perform on average three times a day, and remembering them all would not leave much room for anything else.

So what constitutes a memorable meal? Note that I didn’t say perfect. Is it the gastronomy, the skillful marriage of the finest ingredients with a technical expertise developed over decades on the job; or does the shock factor play a part as one encounters a dish under completely unexpected circumstance or in an unusual setting?

Naturally, some meals remain vivid not so much because of the food itself but rather the company, and some blend into a happy blur because they occurred often in the same place and with the same person or cast of characters.

When we were young, growing up on Long Island, we didn’t eat out at all, so it was a great treat to have our mother take us to the Hamburger Express in Cedarhurst and then to the movies. Our burgers, cooked as each of us liked them, arrived on an electric train that circled the counter and stopped exactly in front of us, doubling the pleasure. 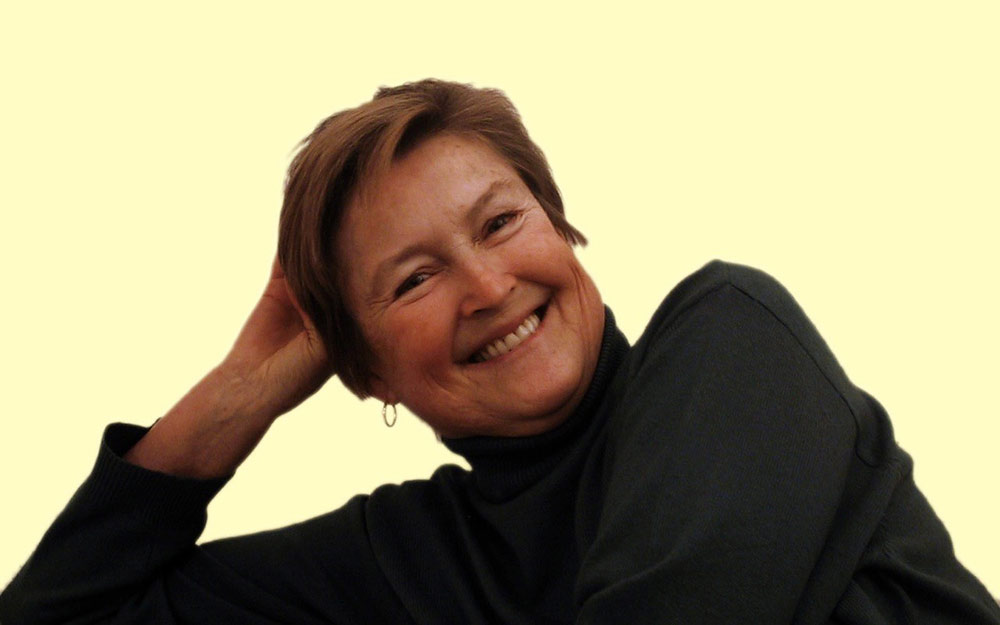 Some years later, in my early teens, my mother would take me into Manhattan to shop at Bloomingdales (what a lovely, manageable store it was back then) and then across the street to her favourite restaurant, the Rex. The white-haired maitre d’, a short, round-faced gentleman, would greet her with a broad smile and they would exchange pleasantries in Italian as he showed us to our banquette seats. The place was so dark you could hardly see the other tables even though the room was tiny. Without her asking, he’d bring her a dry martini, which she’d let me sip, and we would always order the same dish, frogs’ legs provençale. Tender, subtly redolent of garlic, and speckled with parsley, they were the best I have ever tasted. But of course the real treat was being alone with my mother and listening to her stories of growing up in Italy and her many admirers at a time when I despaired of having any.

Now fast forward several years to July 1960 and my first trip to Spain with my best friend Cynthia. After a few days in Madrid, we flew to Barcelona. There, besides the Gaudis, besides the Ramblas with their cafés and the handsome students that serenaded them with their guitars, was the seafood. We kept revisiting the fish market and its mountains of flamboyant, unfamiliar finny and tentacled creatures, including an iodine-scented mollusc that looked like my index finger, nail and all. We did not dare try that, but after one attempt to eat a steak, so tough it might have come from the previous evening’s bullfight, we never touched meat again that whole summer. Whether in town or on the Costa Brava, we dined royally on gambas ala plancha (giant grilled prawns), paella, zarzuela (Spanish bouillabaisse), washed down with pints of sangria; every meal a feast we never tired of.

The ensuing decade would expand my gastronomic horizons, as I spent the next summer in Italy, then that life-changing summer in Greece, and a year in Paris. Next, I met Alexi Ladas, who would woo me with his war stories but whose passion for good food proved more enduring than his passion for me. While our marriage lasted, about five years, he delighted in taking me to wonderful restaurants as well as cooking splendid lunches and dinners. Eating with this sophisticated Greek taught me far more than I’d learned at Cordon Bleu. Whether we were feeding nostalgia at the no-frills Pantheon in Manhattan or seeking the divine at the Michelin-starred Le Pere Bise in Annecy. And each experience was enriched by his talk of other meals or an attempt to analyse the dish so he could recreate it at home. 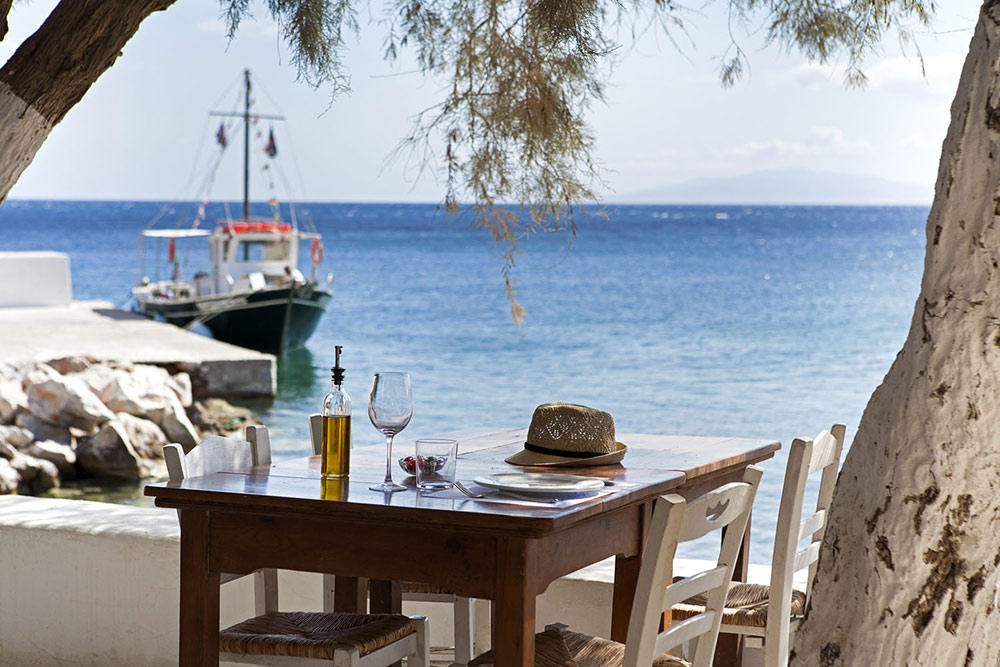 Sometimes, the nostalgia is for the setting

Writing this sparked off thoughts of a long-ago lunch in Geneva. I don’t even know the name of the place but it was near the train station and served but three dishes: an impeccable green salad, fried potatoes the size of two matchsticks, and a sauté of tender beef filet with a sauce of garlic, wine, and less identifiable ingredients. It arrived in a chafing dish and we practically licked the pan as Alexi tried to deconstruct it. Almost 50 years later, I can practically taste it.

Funnily, many of my strongest food memories were born on our trips to Japan. One evokes disgust—the raw chicken restaurant—another fear mixed with wonder—the fugu place, where you risked your life eating blowfish prepared in innumerable ways; if the gall bladder has been nicked in cleaning, it releases a deadly poison into the flesh. This possibility appears to heighten the gustatory pleasure for some, but not for me.

I preferred the performance of the ex-tempura chef to the emperor, who delivered ethereal shrimp and vegetables to our plates with the grace of a prima ballerina, who used his extra-long chopsticks like fairy wands to fry and to serve. For high comedy, at the other end of the spectrum, Alexi’s attempts to grill prosciutto-thin slices of wild boar with his chopsticks on our radiator in a mountain retreat above Kyoto will never be surpassed.

In Greece, what do I single out? The first springy bite of fried kalamarakia (squid) at a taverna on Spetses in 1963, where the cook/owner, a certain Haralambos, stood in his grimy undershirt sweating into the frying pan but producing goodies. Or the culinary magic executed by Chef Constantina Fakari at Santorini’s justly world famous restaurant, Selene, in 2009.

She took humble local ingredients such as white eggplant, fava (split yellow peas), and octopus, and turned them into refined delicacies that would have made Epicurus weep with rapture.

I can’t leave out the fried mussels of Thessaloniki, the assorted mezedes from the Aristotelion café there, the grilled and butterflied loutzos (a sublime fish) of Lesvos, or the steady diet of wild goat cooked a dozen ways in Samothrace, which caused minor eruptions of gout in us all, fishy extravaganzas on the lagoon at Aetoliko, lobsters on the beach in Skyros, our winter outings to eat the freshest of barbounia (red mullet) at Margaro in Piraeus…

But it’s the simplest of suppers that still shines in my memory. It came as a reward for persisting over a horrible rocky track on the southeast coast of Evia in the mid 70s. A Greek friend and I had set out with our kids to explore what lay beyond the lively port of Karystos. Someone had said it was wild and beautiful. We drove and drove until the light was fading, but we were reluctant to turn back. Surely we’d find somewhere to have a bite. We rattled and bumped some more and then spotted a cairn of beer cases piled on the roadside. A taverna must be close. We crossed what looked and felt like a dry river bed and entered a forest of plane trees. Under them sat the eatery and a little house.

An older man and his wife came out to greet us, mystified but welcoming. Yes, they could feed us, and, moreover, they insisted we spend the night. It would be criminal to send us back to Karystos in the dark over that appalling road. We dined on the most wonderful fried eggs, tomato salad, and fried potatoes we had ever tasted and then collapsed . . . into their beds. With the genuine hospitality so typical of rural Greeks, they gave up their rooms to us. I think they may have slept in the barn. That night I had dreams of lions roaring on the veldt. In the morning, they proved to be cows. 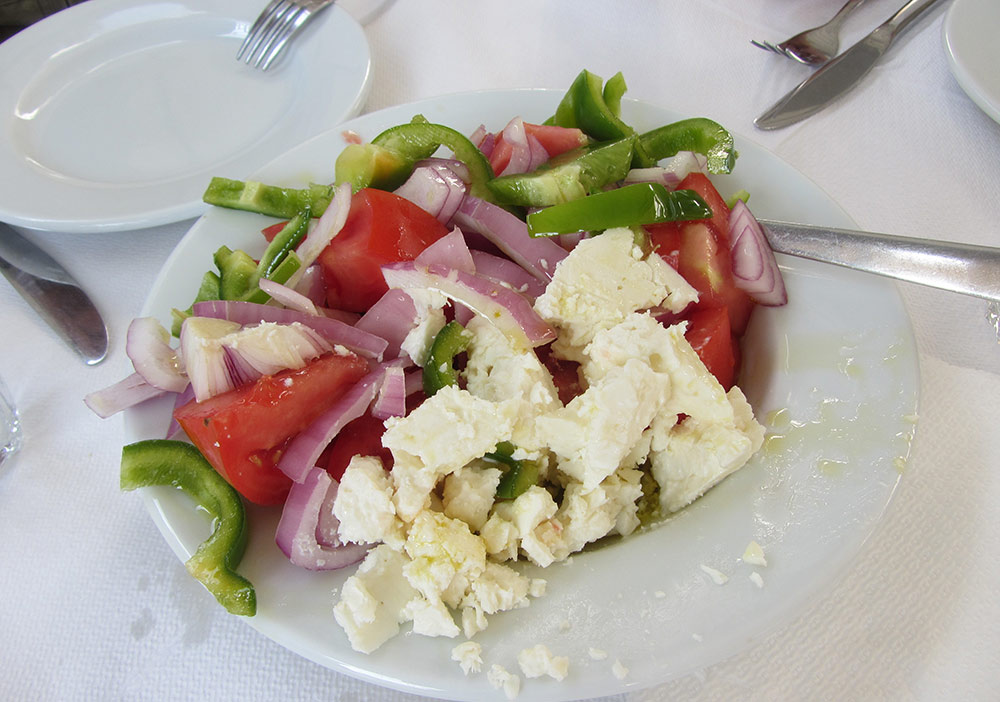 Sometimes, it’s the simplicity that lingers in the memory

So what is it that keeps a meal so vibrantly alive? It has to be the company we share it with. I cannot recall a single lunch or dinner consumed alone, no matter how excellent, with any emotion except regret there was no one there to taste it with me.