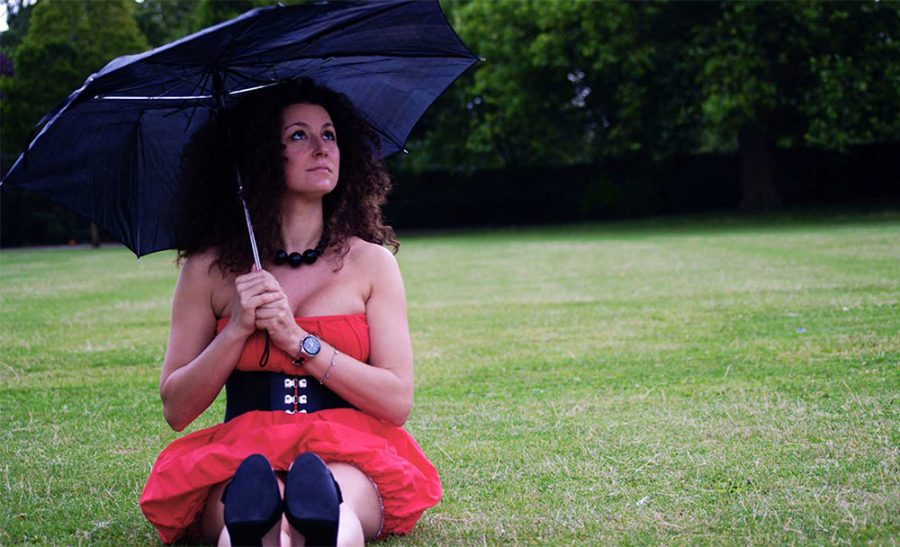 Following on from her smash sell-out debut “Feta With the Queen”, the wickedly funny Katerina Vrana – she of the crazy exploding volcano hair – is back on stage with a saucy new routine called “About Sex”.  The English-language show is about, well, sex. And her fear that many of us are not doing it right. Examples include advertising, sexting, Tinder, food and gymnastics!

How important is it to have a sense  of humour about sex?

Well, for me it’s paramount. If you don’t have a sense of humour about sex then some uncomfortable moments can become SUPER AWKWARD and ruin the whole thing. I think it’s very important to be able to laugh off the awkwardness.

Are Brits more prudish about sex than Greeks?

Nope. The exact opposite. Greeks are hugely prudish and conservative when it comes to sex.

Have you performed the show in any other countries? How did it go down (so to speak!)

(Hahahhaha see? I told you about the double entendres and puns!) I performed it in Melbourne in April 2015 and it went really well. It sold out and I got some amazing feedback from the audience. I even got a standing ovation on one night which is a rare thing in stand-up. (Of course, the night I got the standing ovation, half an hour after my show I was performing to a gig with 5 people in the audience and a terrible atmosphere but that’s the beauty of comedy: it keeps you so grounded!)

I know your dad is a big fan of your stand-up shows… we saw him in the front row at Feta. But will you be asking him to sit this one out? (it takes a brave woman to make sex gags in front of the Parentals!)

Awww my poor parents!! They’ve been so lovely and supportive, they’ve both seen the show and had different feedback. Though they both liked it, my mum’s main concern was that it wasn’t vulgar and my dad said “It is a bit daring, though, isn’t it? For Greece.”

How have things changed in the dating and mating game since you first started “hooking up”?

I think a lot more communicating is done online and via texting. The face-to-face hasn’t changed so much, the ways of getting in touch – or avoiding it – have. Also, picture messaging and skype and video calling means there’s loads more “virtual” sexual interaction. 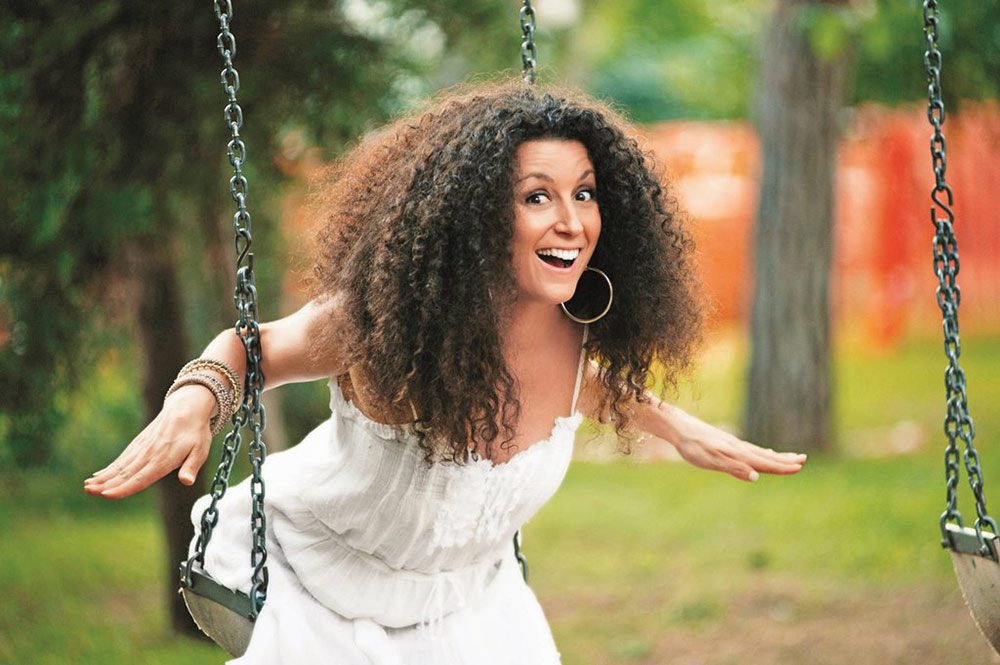 What are your thoughts on Tinder? (Friend or Foe?).

It’s fun. Brings a lighter side to online dating and hook-ups. It can get a bit weird sometimes but I think its biggest achievement has been putting the final nail in the coffin of the “lonely losers” stereotype attached to online dating. Since we’re on the subject of online dating, I recently discovered that someone in Australia is using my show poster as their Tinder profile! So there is a person out there whose profile pic is a big haired woman holding a book with SEX written on it. Hope it works out for them. At least they’re making their intentions clear. I think.

What is the biggest turn-off in bed for you?

The lack of chemistry. Sexual or otherwise. Lack of being “in sync”. That turns me off totally.

How would you rate your own skills as a lover?

Oh dear. No idea. Erm.. shall we call up people I’ve had sex with and ask?? I can’t rate myself on this!!! I mean, ideally I’d want to be considered brilliant and get a trophy for Best Lover Ever (TM) from everyone. Even people I haven’t slept with. But I think I’m fun more than anything. Even if it goes weird and awkward, we’ll laugh about it. I’d say that’s my strong point. Great way to describe myself there. Katerina Vrana: Making Awkward Sex Fun. Kind of implies awkward sex is all I have. Ok, I’m going to stop talking now.

Which animal best symbolizes your own sexual personality?

See, after all the research I did into the sexual habits in the animal and insect worlds, that’s a very difficult question to answer. Pigs’ orgasms last half an hour, the female praying mantis decapitates her partner as soon as she orgasms, spiders kill their mates, all male cats have barbed-wire penises, hamsters eat their own young… Can I say beaver? For double entendre purposes and so I can say something like “because I don’t give a dam”.

Congratulations on the new gig, Katerina… we are looking forward to it immensely!

Thank you so much, I’m super excited about it, too! 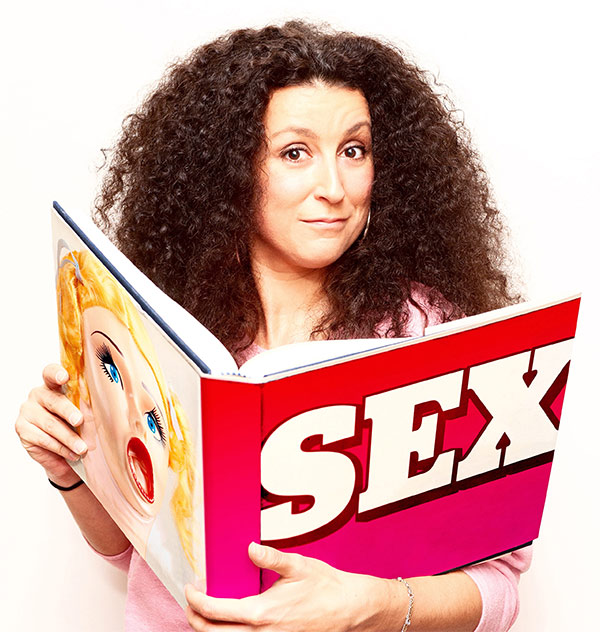