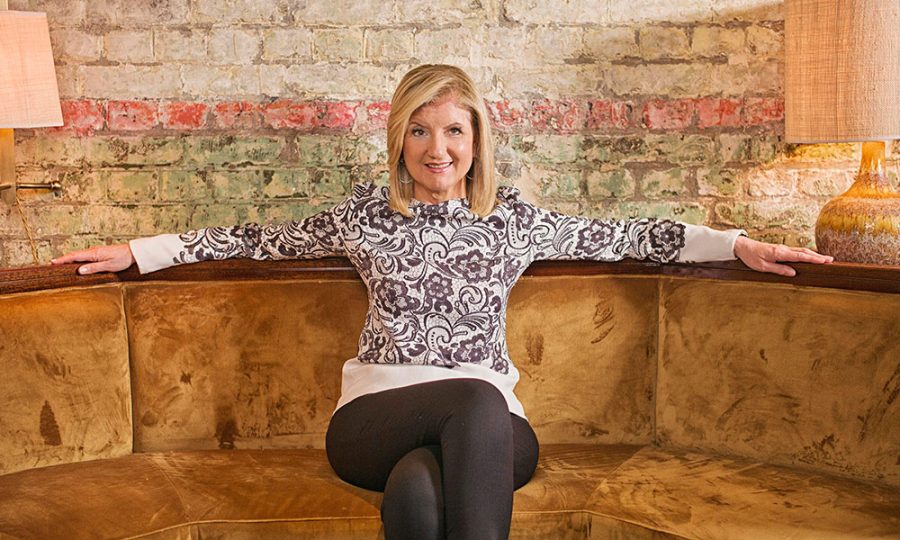 Arianna Huffington might be the media power-house, but her twitter account describes her as a mother, sister, sleep evangelist and flat shoe advocate. Add digital-detox campaigner, motivational public-speaker and woman you’d most like to emulate to the list. In conversation with Sudha Nair-Iliades.

What are your early reflections of your childhood in Greece?

Growing up, my favorite poem was ‘Ithaca’ by the Greek poet Constantine Cavafy. My sister, Agapi and I had memorized the poem long before we could actually understand what it meant. It opens, “As you set out for Ithaca hope the voyage is a long one, full of adventure, full of discovery.” And so it has been. After my parents broke up when I was 11, I lived with my mother and my sister in a one-bedroom apartment in Athens. My mother was amazingly committed to making sure that my sister and I had the best childhood possible. And, of course, she was always cooking, clearly believing that if you didn’t eat something every 20 minutes, something terrible would happen to you. She would always say to me, “Your education will be your dowry.” And to make that happen, she sold everything she had, including her last pair of gold earrings. That started me on a journey: college at Cambridge, a career as an author, marriage, motherhood, divorce, launching HuffPost. But Greece is where my story began.

What are the things that strike you most, now that you are re-visiting Greece?

The thing about Greece is just how easy it is to make connections with people here, how easy it is to meet a stranger and feel like they’re a friend, that’s the special Greek gift. Greeks invented the notion of ‘philoxenia’ and don’t make the same kind of distinctions between friends and strangers. And that’s just a great way, a rich way to live life.

You’ve done it all. What next? Is it politics?

No. Not politics. It is a combination of the Huffington Post and getting the word out for Thrive. I feel very strongly about speaking and writing about the message of Thrive.

What life lessons do you wish you’d known when you were younger?

The older I get, the more important it is for me to be at peace with myself rather than to have to look over my shoulder or have to see what people think of me.

I wish I knew that when I was younger because at the end that’s all that matters. You know people will have their own opinion, but if we live our lives worrying about that then we are not living our own lives!

What would you have done differently?

I would have done lots of things differently – slept more, worried less, judged myself less critically… 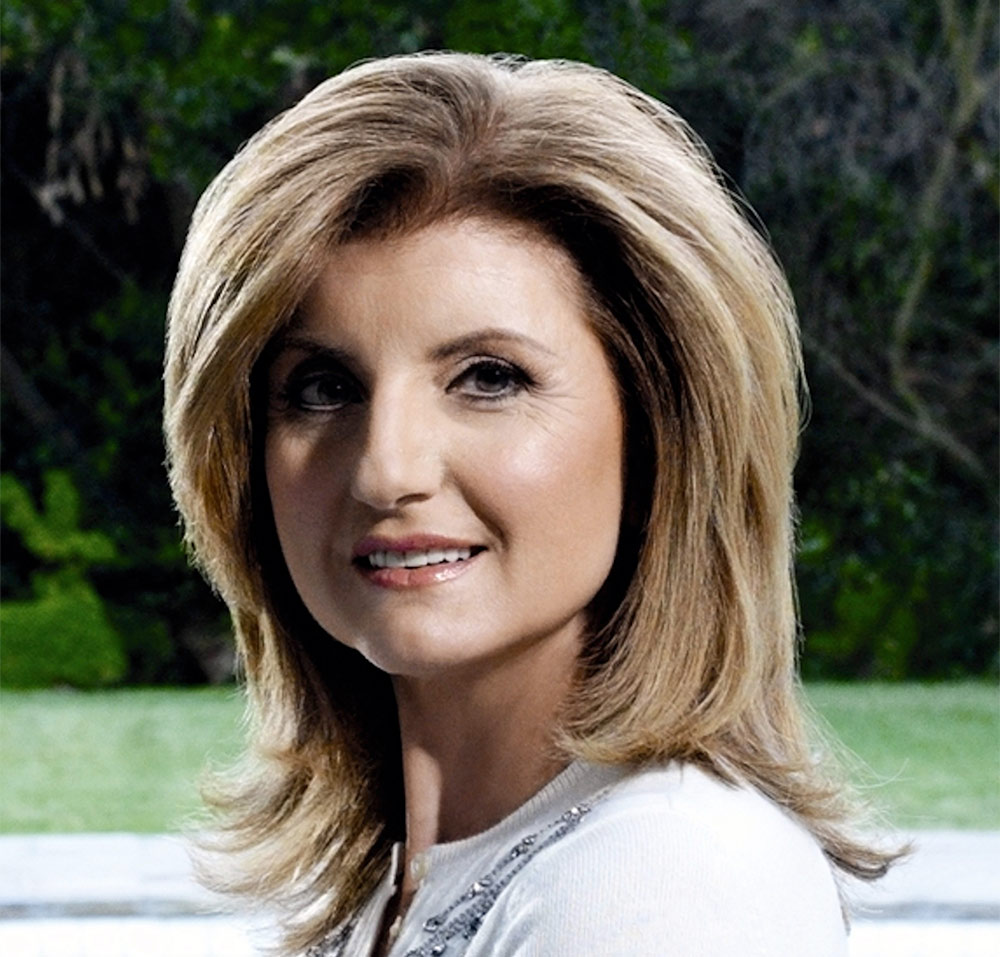 What is the underlying philosophy of Thrive?

Thrive is very much based on our Greek philosophy. At the heart of Thrive is the question that philosophers addressed: ‘what is a good life’, which today has been reduced to success, and success has been further reduced down to, two metrics, money and power. That is like trying to sit on a two legged stool, sooner or later you topple over. So Thrive is about that third metric of a full life that the Greeks called eudemonia, not just epitixia. Eudemonia has much more depth, much more fulfilment and meaning; it’s an amazing word that we Greeks, like so much else, came up with, and which I translated as thriving. A third measure of success that goes beyond the two metrics of money and power, and consists of four pillars: well-being, wisdom, wonder, and giving.

You refer to the Greek spirit and Greek values a lot. What is it that you cherish most about them?

Greeks have never felt limited by their circumstances. We’ve always been a small country and yet, we always did things way beyond our size. That’s after all the whole sprit of Zorbas the Greek too. And family: it’s kind of amusing when the Americans complain, that their children have to go back home after college because of tougher times. You know people in the US always ask, ‘are you supporting your family?’ Nobody ever asks that in Greece. You just know that if you have any money, you will support your family!

Young Greeks are anxious of their future. What would your message to them be?

I would say that the key here, whether you are incredibly successful or struggling to put food on the table, is to tap into your place of inner strength, resilience, peace and wisdom. The more challenging our lives, the more imperative it is to tap into it because when we do, we’re going to find the solutions. They may not be obvious and they may require challenging choices along the way, but what matters is to see the hidden blessing in these challenges.

Unfortunately our hyper connectivity to technology has made it harder for us to connect with ourselves and the world around us, so we miss out on what is happening in the moment. I was recently walking down the streets of New York, where nobody now walks without talking on the phones or texting while walking, and I wasn’t doing it anymore and I looked up and I saw a beautiful building and I said to a friend that was with me, ‘Look, this building is so beautiful, when did it go up?’ and she said, ‘1890!’ So what else are we missing out in life?

In fact, we take better care of our smart phones then we take care of ourselves. You know exactly how much battery remains in your smart phone, you get alerts and you rush around anxious to find a charger. When I collapsed – the book starts with my collapse from exhaustion and burn out 7 years ago, I wasn’t even aware of how burnt out I was.