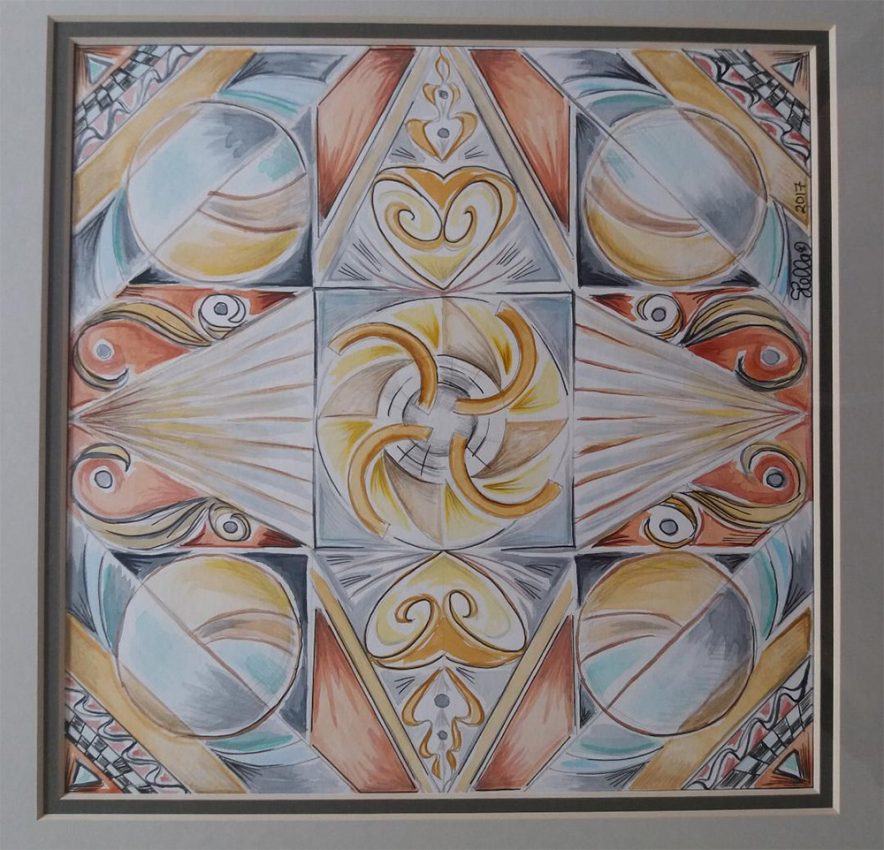 WHAT: Admire the vibrant voice of arts journalist Stella Sevastopoulos as she displays her own work, inspired by Greek culture and nature. London-Greek Stella, who was Arts Editor of Athens News for seven years and also contributes to Athens Insider, moved to Greece in 1994. Through her art, she aims to re-evaluate ‘Greekness’ – in both its ancient and contemporary facets. By focusing on elements from Greek nature, culture and myth, she tries to capture the mythical force of Greece that can still be sensed today and that she believes has helped shape the essential Greek character: Apollonian positivism, Dionysian darkness, that fierce imagination evident in Greek myth, the blinding light of the Greek sun, and the exhilarating natural beauty of this country.

Stella’s work is being shown as part of a new art therapy philosophy by the landmark Placebo pharmacy in Glyfada – a holistic health hub that has won international awards for its talking-point design. Her uplifting and patriotic pieces feature alongside those of Placebo’s management and communications director Katerina Andreou, who turned to creating art in recent years as a means of stress relief and ended up with a whole series of colourful works in the process.

“The whole idea behind Placebo’s new ‘artistic flair’, is to add a little art therapy into our lives, and to prove that art is for everyone,” says Stella.

WHEN: Throughout April and May.  There will be an opening party with drinks on Wednesday, April 25, at 19.00.