Menu
Home | Travel | Greece, the little country that could

Greece, the little country that could 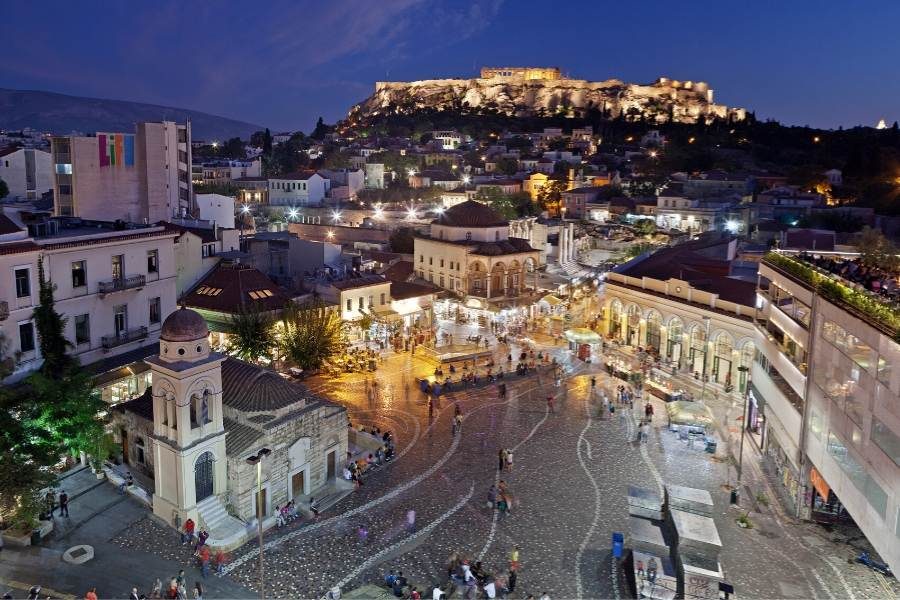 Beyond the ringing endorsement for our little nation’s brave response to the pandemic, Yuval Noah Harari believes that ‘decisions being taken by governments today will  shape  countries for years to come, not just for a few weeks.’ In a shape-shifting tourism landcape, it is the same nimble response to ‘flattening the curve’, that will see Greece through as it heads into a challenging tourist season ahead, suggests Sudha Nair-Iliades.

Naked praise and admiration for the Greek model. Ringing endorsements such as ‘textbook crisis management’, ‘the only country I’d rather be in’ and ‘the only responsible adult in the room’ are such a distinct departure from being chastened only five years ago as ‘thriftless’, ‘reckless’ and ‘self-destructive’! It is as if a feckless, rebellious teen finally got his act together and turned into a model citizen and responsible adult!

In the surreal three months since the pandemic took over our destinies, we have been consumed by jarring displays of poor leadership and governance worldwide, and a complete abdication of moral responsibility. A striking contrast to the calm, collected and consistent approach of the Greek government in communicating convincingly to a notoriously independent-minded populace. No melodrama, no alarm bells, just a clearly laid-out strategy and an anthropocentric approach. It worked, and two unlikely heroes have emerged. The shy, soft-spoken Dr Tsiodras, the very anti-thesis of swash-buckling Greek machismo – and Prime Minister Kyriakos Mitsotakis, who was largely seen as a yet-to-prove-his-mettle scion of a political dynasty, even within his own party.

Perhaps this crisis came at a time when Greeks, inured to 10 years of austerity, and wizened to an astonishing lack of truth and transparency, could sniff out the spin from the reality. They ‘listened’ when they were spoken to with resolve and sensitivity. The gamble paid off, even when the hard decision was to adopt the socially disruptive choice of lockdown, just as the country had begun showing signs of growth and economic rejuvenation. Tourism arrivals had reached a record 34 million in 2019. New mega-infrastructure projects had been green-lighted. In Athens alone, hotel beds had increased by a whopping 3,000 in just 18 months.

For the tourism industry, the pandemic couldn’t have come at a worse time. The Hellenic Chamber of Hotels forecast that as many as 65% of hoteliers feared certain or near-certain bankruptcy. While that is an extremely grim estimate, I am reminded of the period between 2012 and 2014, when Greece’s image took a severe battering thanks to the beaming of relentless news shots of riot-police breaking off violent anti-austerity protests, the city’s squares ablaze, hotels and luxury stores vandalised. Greece resembled a troubled war-zone rather than an idyllic holiday escape. Tourists shied away. Bookings took a tumble. Hotel reservations dipped.

What saved the tourism industry then was a smart, digital campaign encouraging travellers to engage with their personal Greek stories. It resonated, and the sentiment quickly shifted from fear to one of solidarity. It also marked a radical change in the Greek tourism industry with hotels, even on remote islands, embracing digital tools and booking platforms to attract eyeballs and sales.

This administration too has used the pandemic as a catalyst for reform and an overnight digitisation of the economy. In 2015, when capital controls were in place, less than a million Greeks had debit cards. Today, Greece’s notorious administrative lethargy and red tape have given way to expedited online processes. For a digital-averse society, online shopping has now become the new normal – groceries, pharmacies and even growers plying their fresh produce at weekly farmer’s markets, have embraced the digital economy.

When CNN’s Christiane Amanpour’s interview with PM Mitsotakis aired on April 1, 2020, it provided the platform to showcase this new, reform-friendly Greece in a different light. Other media outlets noticed, and heaped praise.

From Bloomberg to Al Jazeera and Corriera della Serra, the verdict was clear: Greece had emerged as a soft power and leader in crisis management. In authority-wary Greece, social media outpourings of pride from across the political spectrum followed. 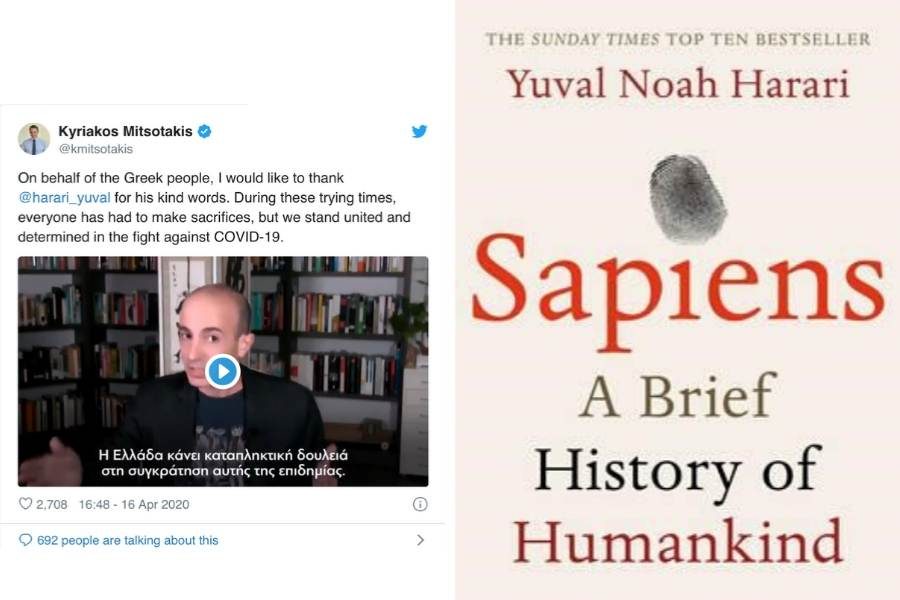 The government reacted warmly, with a ‘we are just doing our duty’ response. But when Yuval Noah Harari, declared Greece as being ‘best suited to lead the world’ in an interview with James Corden on CBS, PM Mitsotakis took to Twitter, thanking Yuval, whose best-selling Sapiens presciently predicted ‘the human species undergoing a radical redesign,’ “for his kind words.”

Yuval stressed that the decisions being taken by governments today “will obviously shape countries for years to come, not just for a few weeks.”

The Greek government’s strategy of regaining its credibility and proving its competence, despite the high short-term costs of lockdown, can only stand it in good stead in attracting tourists and much-needed investments. 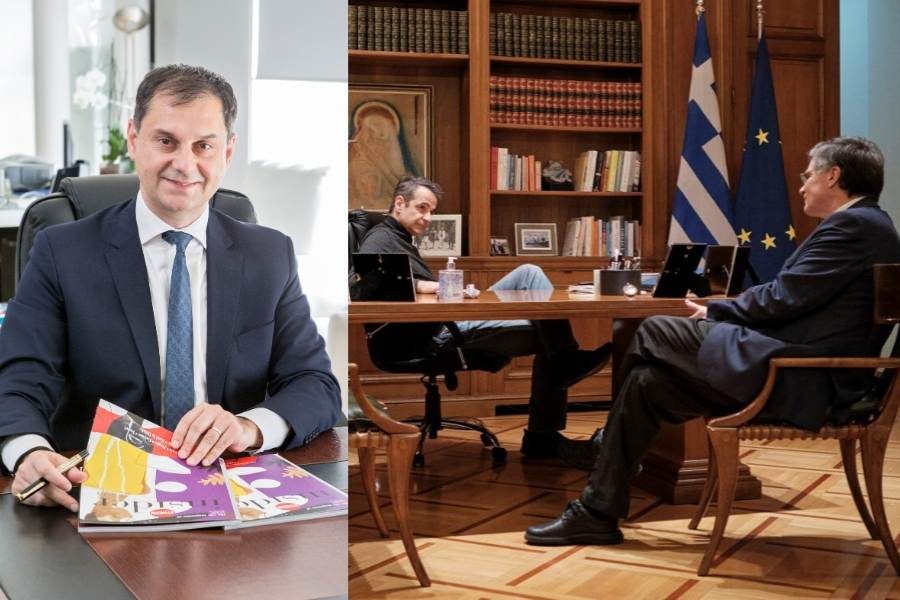 The fallout from the pandemic will hurt. But Greece will emerge as a coveted alternative to Spain, Italy and Turkey, both for its handling of the crisis, but also for its proactive campaign to engage travellers #greecefromhome. Tested by the economic crisis, most tourism professionals had already already been focussing on a more conscious, rethought model for Greek tourism, one anchored in the values this pandemic has driven home – that of sustainability, mindfulness and of family bonding.

In an extensive interview with Athens Insider,  Minister of Tourism, Haris Theoharis suggested, “Tourism is an extremely fragile industry – there will always be factors beyond any destination’s control – but the fundamentals will always remain the same. The feeling of freedom, safety, the awe of ancient civilizations, Greek hospitality and that unique Greek concept of filotimo, is what our visitors want to experience. That is what will see Greece through.”