Greece – On the threshold between the West and the East 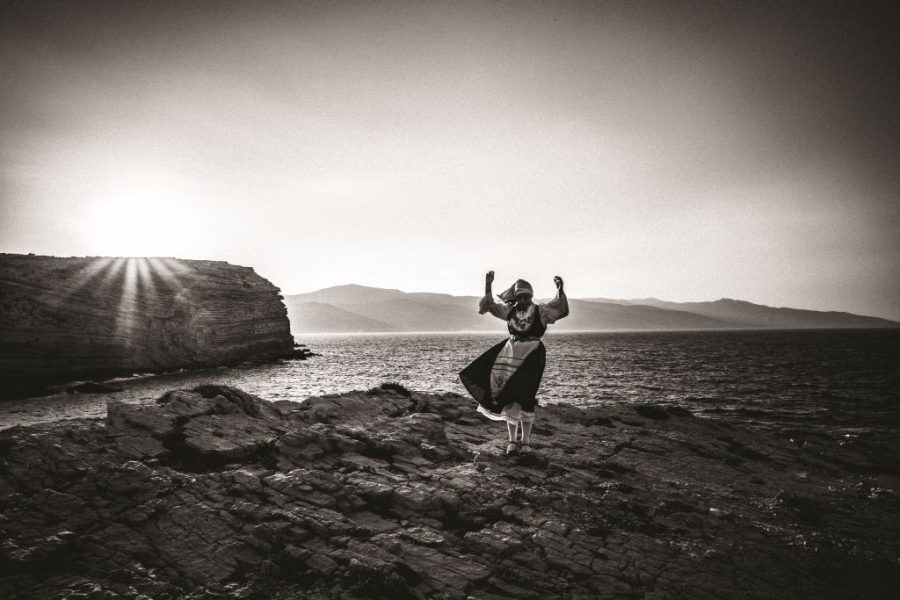 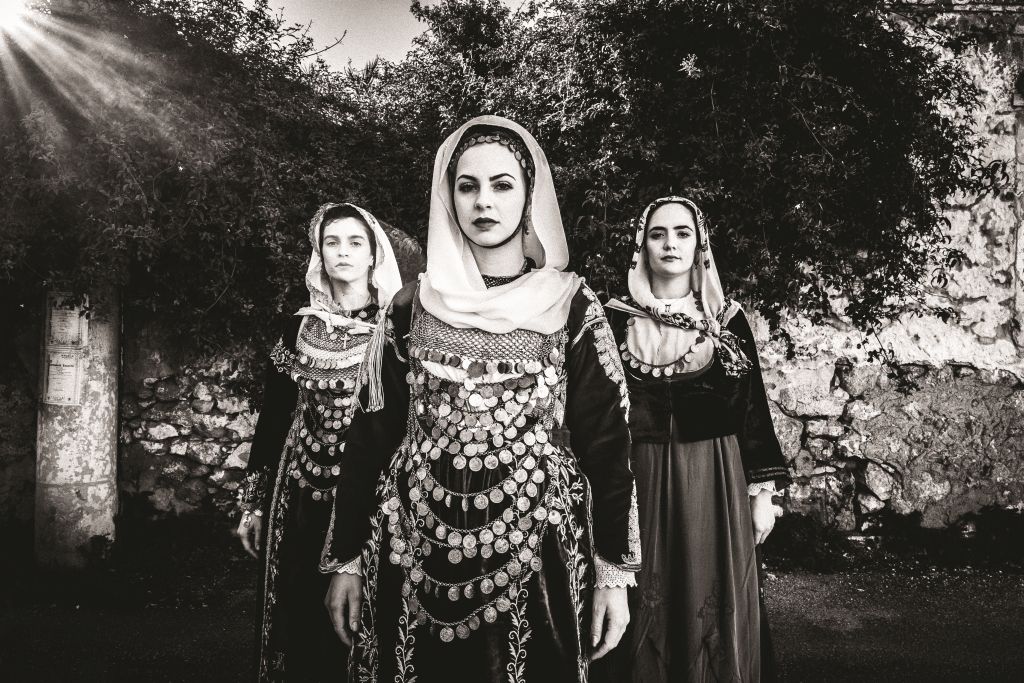 Greece. A country where tourists all over the world flock every summer to enjoy their share of sun, sea, fun and maybe a glimpse of antiquity marvels that have withstood the passage of centuries, under the bright light that illuminates the Pentelic marble and provides the Aegean Sea with her characteristic deep blue shades.

Nobel prize-winning Odysseas Elytis wrote: “Oh God, you spend so much blue so that we cannot see you”.

Nevertheless, beneath its obvious charms and shallow endeavours, lies Greek Culture. A culture impregnated by the seed of thousands of years of philosophy, wars, and influences from other civilizations. A country that has striven to understand its place in this world, its soil soaked, as it were, by both the sweat and blood of Eastern, as well as Western conquerors and indigenous inhabitants.

Many of us believe that we are made of choices – that choosing one over another sculpts our destiny. Maybe the answer to Greece’s dilemma lies in letting go and embracing its place as an acrobat on a string between these two main pillars of civilization. What if its role lies in being the transitional link from the Western to the Eastern civilization and vice versa? 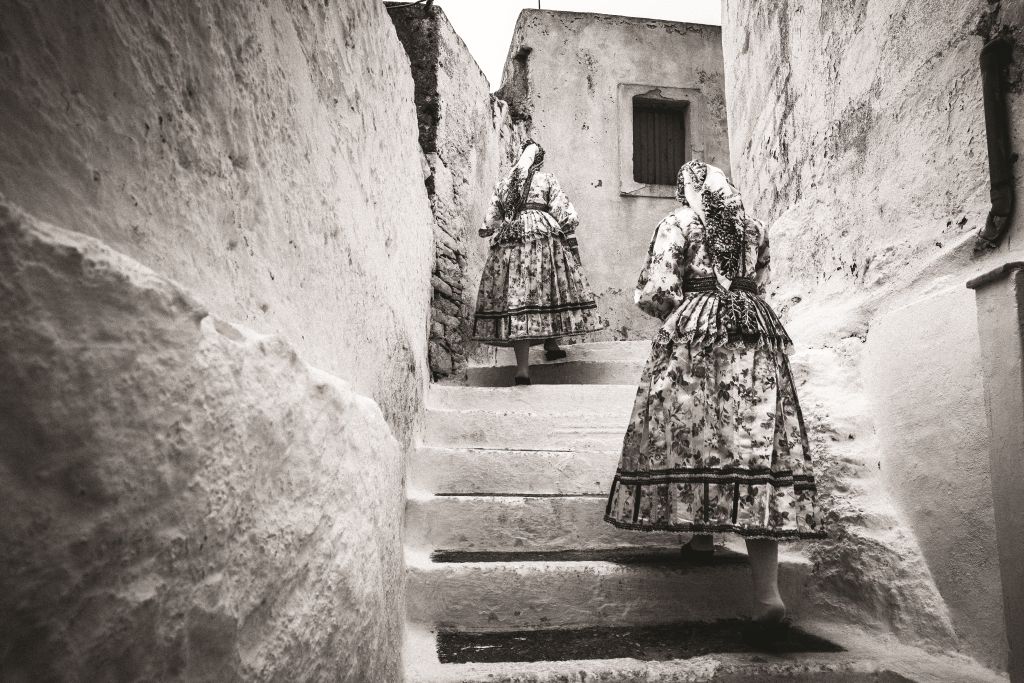 This, to my mind, is intrinsic to Greece’s customs and traditions, where the values, ways of life and practices of people reflect. An unorthodox, vast mixture of Christian and pre-Christian, Dionysian rituals and practices, that proves the unity of the human species through diverse manifestations.

These magical-religious events take place throughout the cycle of life and the cycle of seasons to signify transitions from the old to the fresh new status. It is not by chance that Christian traditions have settled on top of pre-Christian ones. It has occurred because through these practices, people tried to enfold their needs and desires that are common within our species.

Thus, where some communities expressed these needs through religious rituals, rural societies may have expressed the same needs by the use of zoomorphic (e.g. bell bearers) and phytomorphic (e.g. Purpuris) disguises respectively. Eventually any agricultural synergy still needs the aid of nature, universe, God, to function efficiently. The presence or lack of rain for example, may prove devastating for crops. Therefore, there are a number of rituals, such as religious litanies, that try to induce rain, in a magical manner.

Tradition in Greece also dictates the concept of property. What we use does not make us its owners. This fact can shed light upon the reluctance of selling ancestral property or fortune. A house that was inherited by our parents, may be ours for now, but it won’t be ours forever. Instead, we are impelled to keep it safe and sound and pass it on to the next generation.

The same goes for traditional costumes, which have been the subject of my work for the past few years, for a project I like to call “Caryatis”. Traditional costumes in Greece require significant effort by a number of people. Often, a number of family or community members from many generations before, have contributed to create the costume by hand. 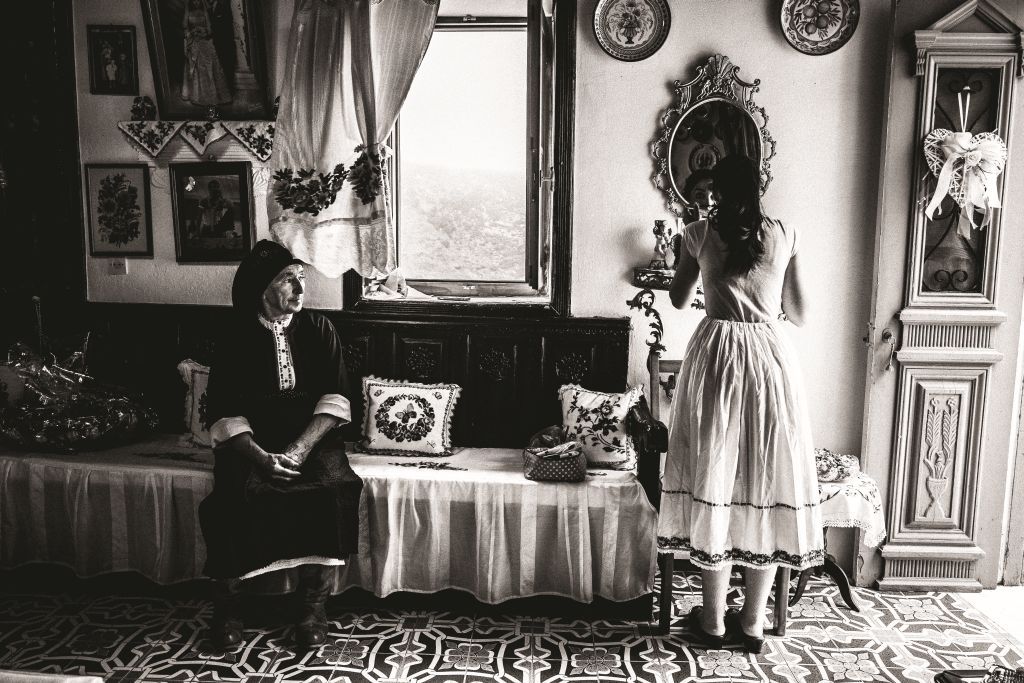 We can now understand the emotional bond that the owner has with this set of clothing. Necklaces that complement a costume may be worth a fortune, but they are not to be sold, only made richer for the next generation. Although the costumes may not be worn during day-to-day activities, on many occasions, they are at hand to be worn during annual celebrations, or events related to the cycle of life.

This concept of “ownership” is reflected in the work “Caryatis” where traditional costumes are combined with environments, usually signifying ancestral, inherited property, through its architectural and other material features.

The journey’s outcome shows that no matter how different customs and traditions may seem at the beginning, they share many similarities. This is because people have always been people, with similar sensitivities and needs. This work attempts to depict the ability of people to come close through their differences, thus presenting a more complex but interesting approach which may help avoid the danger of monotony in our modern lives.

Feed your Wanderlust with Qatar Airways!