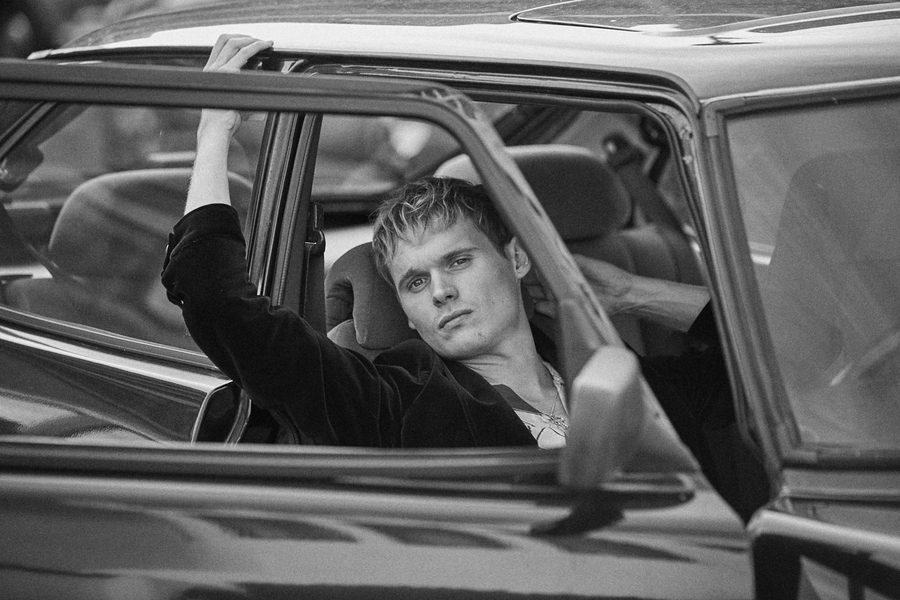 Philosopher, grecophile, born-again British pop star… Harry Lloyd – aka Waiting For Smith – is on track for the top. And he has Greece to thank for it, writes Amanda Dardanis.

Five years ago, Harry Lloyd was working as a ski instructor in Courchevel when he hit a mogul and flipped during avalanche training.  In the fateful moments that followed, the singer-songwriter from Oxfordshire knew two things.

That his back was broken.  And that he’d no longer have to choose between his two great loves: ski-ing and music.

Ask his family his age, and they’ll tell you he’s just turned five; because technically, he died on the operating table that day. It took a year in bed to recover. “I spent a whole day once just looking at an orange,” confesses this rising young star of the indie folk scene who performs under the name Waiting For Smith (he’s actually 29, in case you’re curious).“When you look at anything too long it becomes strange and mysterious, including yourself.” 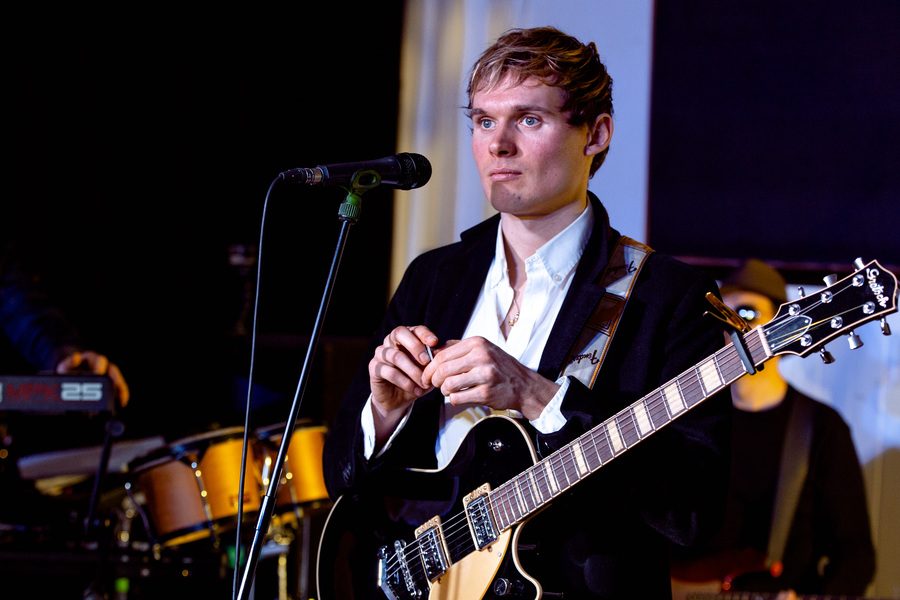 Many might have subsided beneath self-pity or depression. Instead, Lloyd picked up a guitar and hurled himself into music making; transforming a one-time hobby into a bright new calling. Four years later, there’s been 11 singles garnering radio play across the world, a US tour, and a swag of festival dates including Latitude, Glastonbury, Port Eliot – and a forthcoming appearance at Wilderness this summer. He’s been tipped as the next George Ezra, and his mellifluous vocals and catchy compositions have led British style bible GQ to declare him “the British singer-songwriter you’ve been waiting for.” (That name, incidentally, was inspired by a former drummer, Smith, who was always late for rehearsals.)

After facing down death, it’s little wonder that Waiting For Smith’s releases are no frothy confections. At odds with the chiselled boyish features, Lloyd’s songs have a heft and emotional authenticity that’s chiming loudly with Millennial ears in this era of the narrative pop ballad. Set to his melancholy piano chords or jaunty guitar riffs, the tracks deal with issues like crippling anxiety (Monkeys in My Head) and mortality (the stirring Song for Grace, written after he attended the funeral of a girl he’d been dating just a few weeks). Recently, actor Stephen Fry publically championed another single, a sonic panacea titled Meditation.

Disaster can be a gift,” acknowledges Lloyd, “if you can see it that way. None of it, though, might have happened if it weren’t for Greece.

His father, the highly-respected British comedy producer John Lloyd (who’s worked on iconic British hits like Blackadder and Spitting Image) took him to Greece most summers as a child. Thanks to this bond, Greece was the place Lloyd instinctively turned to; to come to terms with his life-altering accident. Subsequently, he’s dedicated a song to Greece – Peace in Greece – on his forthcoming album.

When I died, I literally came back a new person. Greece helped me to recover and find my new spirit. I still go regularly; it’s always been a place of peaceful nostalgia for me. 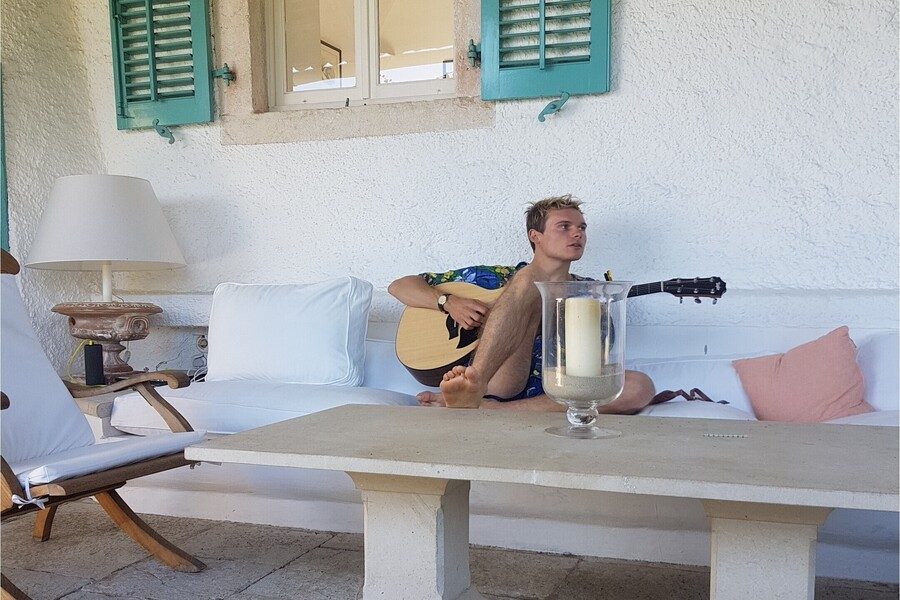 Athens Insider caught up with the talented recording artist on a recent phone date from London and chatted life, death and feta-addiction:

2019 was a seminal year for you. Can you list a couple of highlights that really signalled you were on your way?

Shooting a music video with the legend Kevin Godley who’s worked with U2, Duran Duran and Keane. Being played on every major UK station. And a friend calling to say they’d heard Waiting For Smith while getting into a taxi in Madrid!

Just like Greece, you’ve stood at a crossroads and had to evolve to survive. You recently posted that “breaking my back was hard, but it was a lot easier than breaking into music”.  Where did you find the endurance and self-belief to re-invent yourself in such a crushingly difficult industry?

I grew up surrounded by British comedy legends. People like Lenny Henry and Peter Cook were always coming around and saying, “as long as you know what you want to do, then you can do it”. To hear that message as a young child, well, that was a rare gift.

Tell us more about your Greek Connection? When did you first visit?

It was a family holiday in Spetses when I was six. My earliest memories are of my dad’s roguish travel roulette set. He taught me all about odds and how to basically gamble on that holiday! We had loads of time and it was very hot. And back then, obviously, no one was using mobiles or computers.  I always associate Greece with being happy.

Your music videos (and your Instagram feed) speak of a hearty appetite for travel. Would you say you inherited that wanderlust from all your early adventures with your father?

Because my dad comes from a TV & film background, he loves going on location and finding new places – and exploring different food, culture and languages. So, yes, he introduced me to that lovely thing of arriving somewhere new and trying different tastes and hearing new words. I got interested in the Greek language about age 10 and even started to speak a little bit of it (I can still get by in a restaurant and know quite a few swear words). 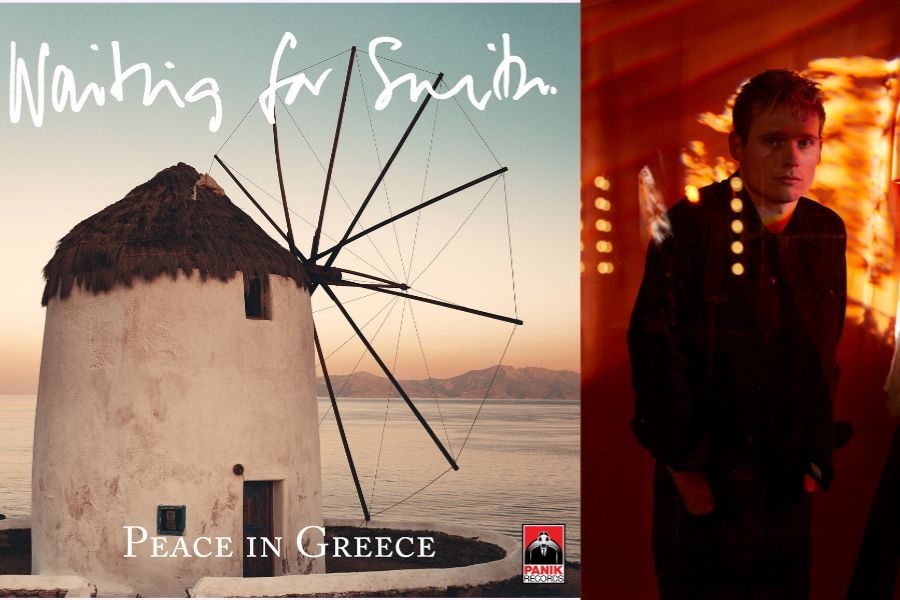 If Leonard Cohen had Hydra, which pocket of Greece would be your muse?

Corfu is where I’ve experienced my strongest creative inspiration: when I was writing Peace in Greece and looking over to Albania. There’s something about the history and all the civil unrest and Greece being the place that Albanians might have looked over at and thought, “how do I get there?”. That weird thing of being next door to paradise, but so far away? I found it very powerful and inspiring.

Have you been back to tap into that energy again?

My girlfriend and I went to Corfu just after Christmas and it was magic at that time of year. I performed on a local radio station and visited some family friends. They’re both into philosophy and psychiatry so I went to absorb their wisdom. They have this beautiful little olive grove and we would walk around having all these chats about life. Just like the old philosophers in the time of Socrates!

And have you spent much time in Athens?

No, but I’d like to. I spent a weekend there with my dad when I was 11 on a whim. No one was around and he said, “Why don’t we go and see where it all started”.  So we jumped on a plane and went around the Acropolis.

Let’s dive into your music now. Your breakthrough track Monkeys in My Head is about this idea of a “24 hour radio station of anger, anxiety and fear” playing constantly in our heads. It’s an ode to our anxiety epidemic. Clearly a lot of people related…

We’re all trying to figure out who we are as we go along. I do spend a lot of time in my own head. Monkeys is a personal milestone for me because it was the first single I actually managed to finish and say, “This is where I begin”.  Anyone who’s a painter or writer or musician knows that getting the car out of the driveway is the hardest thing. You always think: “Is this good enough?” 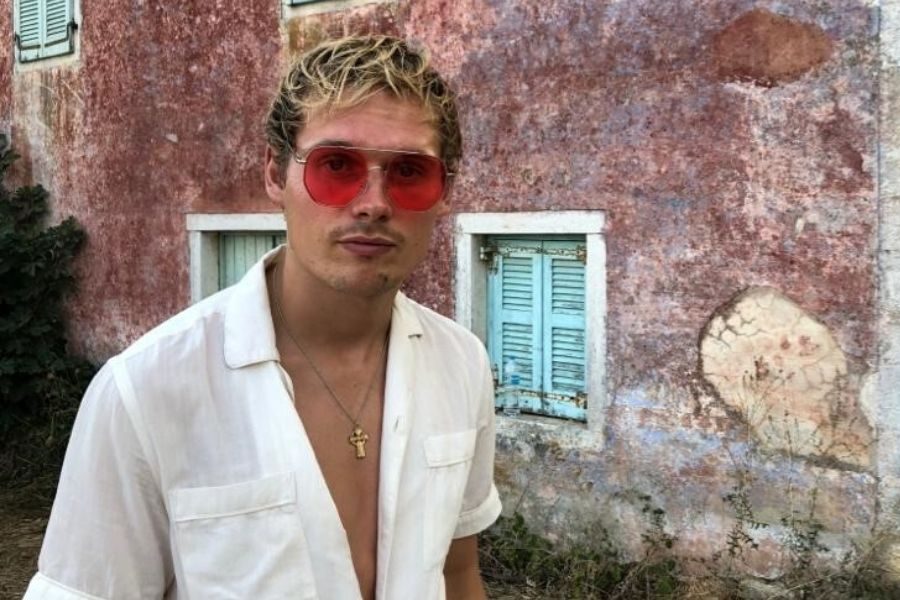 Song for Grace has such sad origins. It was inspired after you witnessed the parents of a girl you’d only known for a few weeks having to bury their own child after a fatal car accident. Did you feel compelled to write it?

That’s the one that a lot of people know and it pretty much wrote itself. I can only describe it as like you’re sitting by an instrument, a piano or guitar, and somebody opens a hatch in the sky and something just falls out fully-formed.  Lyrics, melody, everything. It’s an amazing and mystical experience.

Would you say it’s easier to capture sad than happy?

I don’t know why that is, but I’d agree. It’s hard not to fall into “happy clappy around the campfire”. So I try to create sad songs packaged as happy songs. Take Monkeys in My Head… you stick it on and think, “oh that’s quite cheery and makes me feel good”; then you listen to the lyrics and it’s almost like, “I don’t know if I want to be around tomorrow.” But somehow, dressing it up like that gives people hope.

GQ refers to the “golden age of the British male singer songwriter” with narrative acts like Ed Sheeran and Rag ‘n’ Bone Man leading the pack.  Are we all craving more meaningful connections now with the music we follow?

I hope we’re coming back round to another age of the song. Where people say, “I want to hear a verse and a chorus that speaks to me about something I understand”. When I first started songwriting, I got very interested in 60s and 70s stuff, like J.J. Cale, The Eagles, Fleetwood Mac, because they’re often simple songs that you can play on one instrument. As a musician, I always try to start there. There’s nothing more soulful than a song you hear someone whistling on a bike down the street, or that you can just bang out on the piano.

There’ve been comparisons to musical peers like Nick Mulvey, Sam Fender and George Ezra. As an emerging artist, is that kind of cataloguing a help or hindrance?

If people are comparing you to anyone, normally they’re comparing you to someone they like, and saying “I know what you’re doing”, so that’s a good thing. People need to put things in boxes. That’s totally fine. Until you make your own box. 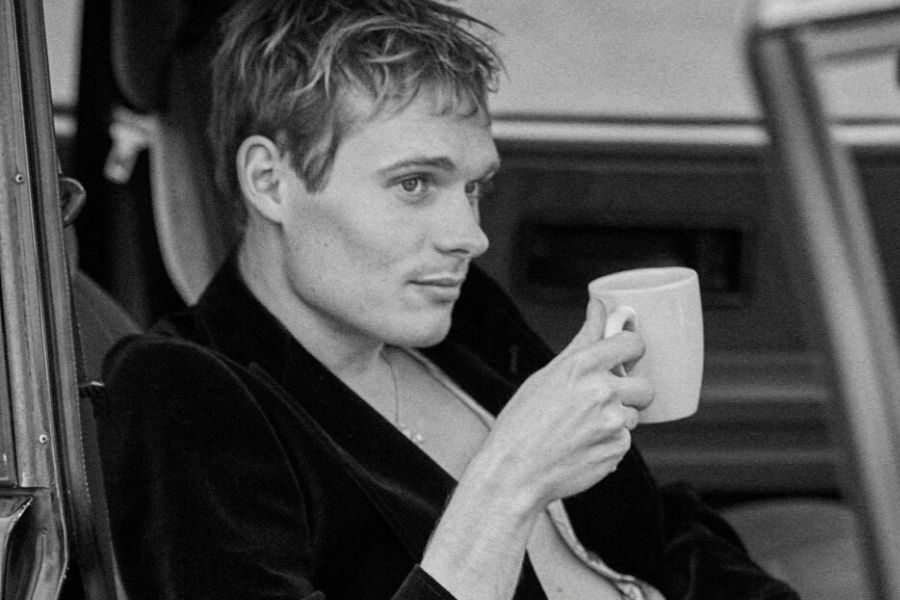 Have any artists in particular informed your process?

If you’re going to pick out an artist that I listened to a lot last year who has inspired me to write differently this year, it would be Nick Mulvey. A lot of the stuff he talks about resonates. Essentially, it’s about trying to work out your place in the world.

What about Greek musicians or tracks? Anyone on your radar?

Zorba the Greek by Mikis Theodorakis. It’s a classic that has peppered all those childhood holidays, and although it’s not current, if I ever hear it, it always makes me smile.

You have all the makings of an honorary Greek citizen. Perhaps they’ll make you one, one day, like Tom Hanks!

Well, I am obsessed with feta cheese. I once ate nothing but feta and tomatoes for a month. I’d just returned from Greece and was in the studio every day recording so there wasn’t much time to eat. I figured I’d just make one meal I love and eat that. I never got bored of it.

Have you got on skiis again or is that off the menu now?

It’s not that I don’t want to or I won’t. But my accident was very much the closing of a chapter. And I’m so excited by this new chapter. I’ll get back to the Alps when I’ve got a record that everyone’s heard of. Right now, there’s so much to create.

For updates about Waiting For Smith’s debut album, visit here

What we’re loving this week on Netflix