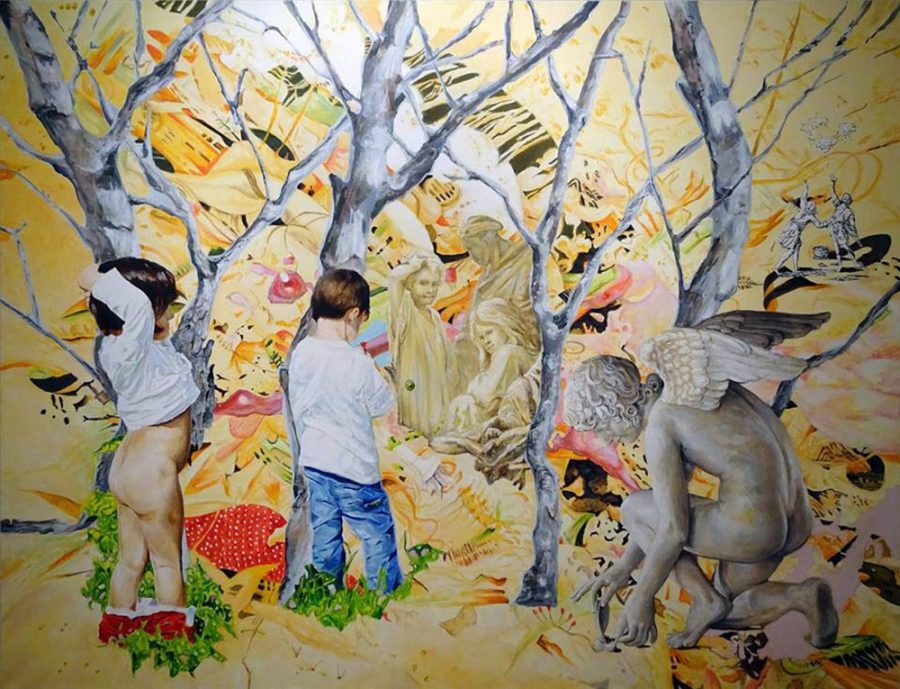 WHAT: Glyfada’s contemporary art and social space, The Blender Gallery, celebrates its fifth anniversary with a retrospective group showing of their favourite 16 artists.

Blender’s philosophy is based on the premise that art is hidden in all expressions of human creativity. For the gallery’s half-decade anniversary display they will draw inspiration from an image from Manolis Anastasakos’ poem “Freedom”:

At a time when miracles are considered fantasies, it is a miracle to take courage from the still image.

In Flashback, Blender indulges in a journey of each artist’s unique imagery. From the distinctive language – “hieroglyphics” of Dimitris Dokos, to the powerful and yet harmonious collages of Konstantinos Patsios, which are rich in narrative. The abstract landscapes of Alexis Avlamis will meet the embroidery on canvas of Konstantinos Berdeklis, the abstract expressionism of Dimitris Dallas, and the characteristic technique from Dimitris Merantzas, whose photochemical paintings depict an interesting colour play.

Manolis Anastasakos presents a new work from the Personhood series; a series of visual collage – paintings which hint his preoccupation with the social structures. These images come to contrast with the work of Johnston Foster who redefines the Cerberus myth in a grotesque way. Bleeps invites us to another world – that of political activism, entering a dialogue with Mr. Savethewall’s work; a street artist whose provocative art challenges the “norms” of social life. 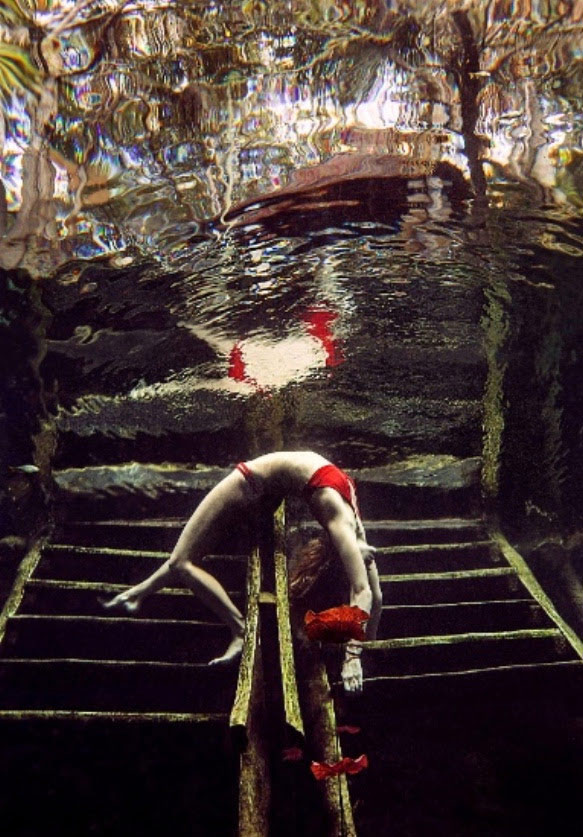 Antonis Tsakiris presents surreal and symbolic images, which interact with the provocative and at the same time technically impeccable figures of Taxiarchis Mermiris. The images of Kron are inspired by the world of pop culture and animation. Dionisios Fragias’ work, thematically contrasts elements of the past and the future, and using very contemporary media, and examines the link between the two. Philip Tsiaras, a cosmopolitan artist of international acclaim, returns to his roots presenting his own interpretation of the symbolic figure, Mikis Theodorakis. The “blend” of this imagery is completed with a surreal underwater photographic piece by Nick Nikolaou, which is from his new series of work titled “Cenotes”, created in Tulum, Mexico.

WHEN: Opens February 22 at 7pm. Show extends until March 31.

160 Years Made in Greece

A View from the Bridge