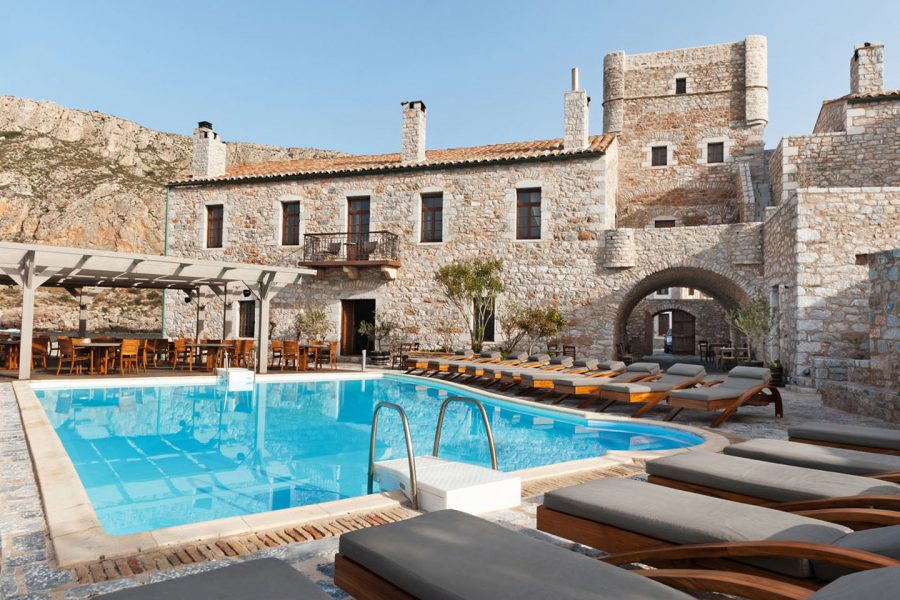 Fine dining is probably the greatest excuse for planning a trip. But as a responsible foodie traveler, you want to make sure you’re visiting a town with a local culture as rich as the siglino*(traditional Mani smoked pork) on the table. Kyrimai in the Mani, plays host to not only exquisite cuisine, but also a great waterfront perch to explore Mani’s storied history.

Voted the Best Historic Hotel by the Water for 2013, and named as one of Top 5 Greek Chic Getaways by Conde Nast Traveller, The Kyrimai Hotel in Mani represents an exquisite renovation of the old trade center of Mani built in 1870. The result is an awesome rendering of period architecture, complete with a complex of stairways, arches and inner courts. Rooms are warm and welcoming colored by the sounds of the sea. There are tower rooms, luxury suites, two-storey rooms with fireplace and charming attics. 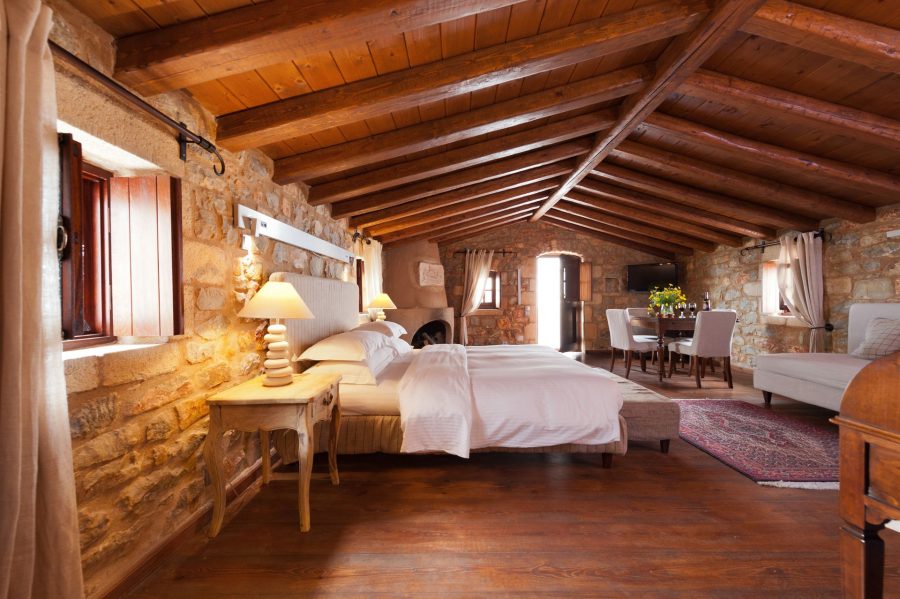 Gastronomy: Acclaimed Chef Stavriani Zervakakou serves her delicate, yet robustly Maniatika cuisine in Kyrimai’s renovated warehouse with exquisite Greek wines; a marvelous example of period architecture that was restored with the same dedication Zervakakou approaches her own craft as a culinary voyager, true to her roots. For owner Alexandros Kyrimis, “Even before the hotel was conceived, gastronomy was an integral part of the hotel. Our restaurant has been open since day one. Interacting at a table, with good food and wine is key to the stay experience.” 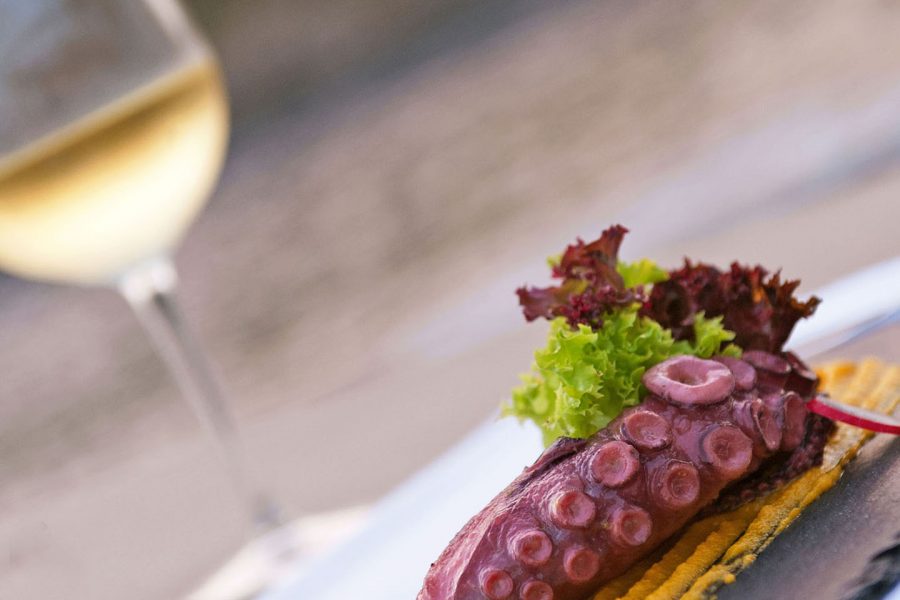 Other highlights: Exhibits in the reception area spark the imagination to travel through time with original rare memorabilia charting the development of trade in Greece during the 19th and 20th centuries. In this chic setting which captures the aura of Mani, every contemporary convenience is available to guests for your enjoyment; topped up by the infinity swimming pool in the hotelʼs lovely terrace by the sea. 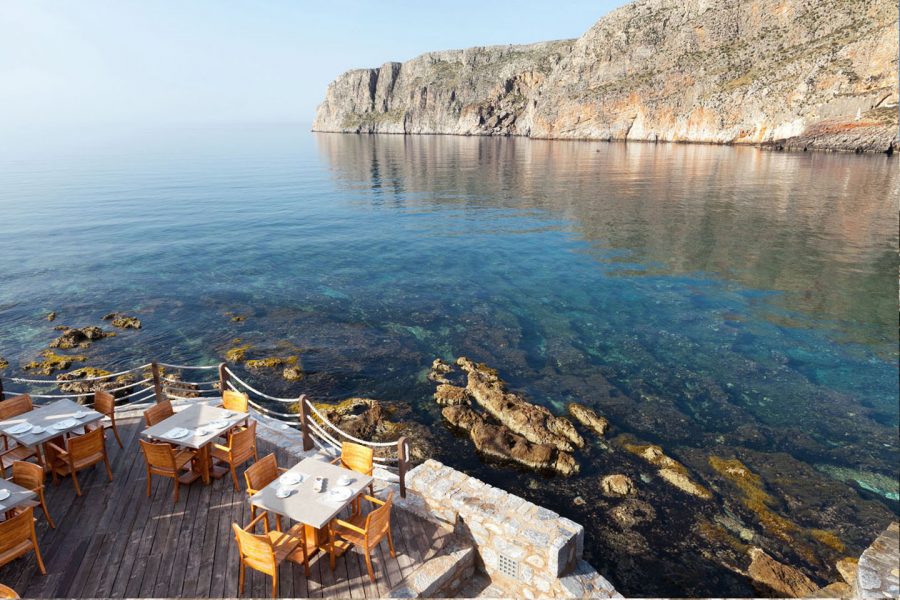